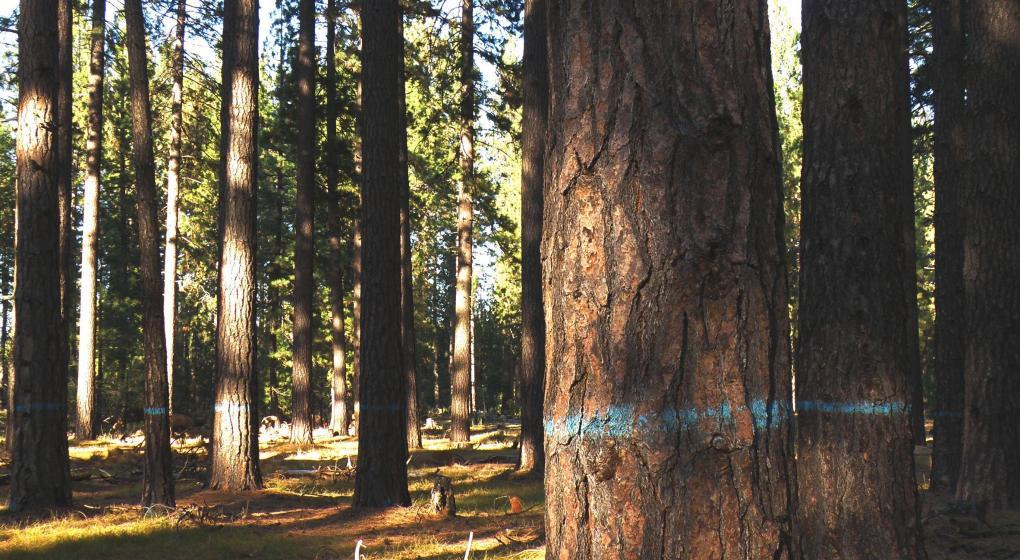 Forest Protection in the Trump Era

In the wake of the 2016 election, the arrival of the Trump administration and the new Congress has been bad news for our national forests. Members of the new administration and Congress are pushing to more than double the amount of logging on our national forests. However, by directly confronting the misinformation they use to attack public land protection, the environmental community has an important opportunity to overcome some recent constraints and revitalize broad support for genuine forest protection.

The dangers from the new administration and Congress were recently demonstrated by a legislative rider on the omnibus budget bill passed in March 2018 that created a large new categorical exclusion for logging on national forests. Categorical exclusions are used by the Forest Service to circumvent environmental review and public oversight. In theory, categorical exclusions are intended for projects that are so obviously benign that they do not need regular environmental review, but in practice, the Forest Service is trying to use them as cover for harmful logging projects. For example, the Center for Biological Diversity and John Muir Project are currently litigating a categorical exclusion for the “Sunny South” logging project that seeks to cut in six of the best remaining spotted owl territories in California’s Sierra Nevada.

The new categorical exclusion enacted by Congress and the Trump administration allows for large logging projects up to 3000 acres in size each. To put this number in perspective, 3000 acres is nearly four times the size of Central Park in New York. Furthermore, because the rider contains no restrictions to prevent multiple projects from being put next to each other, the overall affected area could be huge.

So how did this dangerous rider become law? Logging proponents relied on misleading claims about forest fire to justify the categorical exclusion. While many environmental groups opposed the rider, some organizations provided tacit or explicit support for it because they have embraced erroneous claims about fire and logging. A remarkable divergence has emerged over the past fifteen years between the state of the science on large forest fires and the positions taken by some environmental organizations on issues related to fire. The Trump administration is now taking advantage of this divide.

In the early 2000s, most environmental groups were openly critical of George W. Bush’s so-called Healthy Forest Initiative, calling it “Orwellian” to depict efforts to increase logging on national forests as “protecting” those forests from fire. However, at that point, the science on the ecological role of mixed-severity forest fire was far less developed, so it was easier for logging proponents to portray big forest fires as “catastrophic” and more logging (rebranded as “thinning”) as the solution. In this setting, environmental groups that challenged logging were often blamed for the wildfires that inevitably occurred, and they did not have that many scientific resources to respond to those criticisms.

Faced with this criticism, some organizations decided to join “collaborative” processes with the Forest Service and timber industry that promoted logging under the rubric of fire reduction. This trend increased during the Obama years. By the time the Trump administration arrived, many of the groups involved in collaboratives had reduced their independent scientific and legal capacity to challenge harmful logging projects that used fire as a justification.

Environmental groups that mainly reference Forest Service claims about fire wound up taking positions that were closely aligned with the agency. They endorsed large-scale logging projects done under the banner of fire reduction. They advocated for more funding for the Forest Service to subsidize those projects. Some of those organizations even intervened on behalf of the Forest Service against lawsuits by other environmental groups challenging the harms from those projects. And some organizations supported legislation that reduced public oversight and legal review of fire-related logging projects. Recently, the Trump administration and new Congress were able to use some of those organizations to help get the new categorical exclusion legislation passed.

Ironically, over the past fifteen years, the scientific research on large wildfires grew rapidly in a very different direction. While logging proponents vilified intense fires as being “catastrophic” and portraying them as an aberration, scientists produced a growing body of research showing that large, intense mixed-severity fires are a natural and ecologically important component of most forest ecosystems in the western United States. New research techniques for analyzing historical fire patterns showed that there had been significantly more fire in the past, including more high-severity fire, compared to current levels. And it was discovered that the patches of high-severity within mixed-severity forest fires created a unique habitat– “complex early seral forest,” also called “snag forest”– that has some of the highest levels of wildlife diversity and abundance of any forest type.

However, the Forest Service kept promoting the idea that fire was a problem that needed to be reduced through more logging, with most timber sales on national forest now being done under various fire-related justifications. Likewise, some Forest Service-affiliated scientists produced studies that gave cover for those fire-related logging claims, but their studies were marred by significant omissions and errors.

For example, the Forest Service frequently claims that if fire is simply allowed to return to “overstocked” areas where it was previously suppressed, those forests will now burn at mostly high severity. The Forest Service uses that claim to contend that logging is necessary as a precondition to restoring fire. However, when independent scientists tested this question empirically by examining fire severity patterns in three major fires, they found that previously suppressed areas burned mostly at low and moderate severity.

In response, Forest Service scientists published a paper claiming to have shown the suppressed areas burned hotter. However, when the independent scientists looked at the methodology of the response paper, they found that its authors had cherry-picked the data. The response paper included only one of the three fires from the original study and it conflated two analytical categories in order to get results that matched the agency’s claims. In contrast, when all of the available data were used with the proper analytical categories, the independent scientists showed that forests where fire had long been suppressed did not burn at significantly higher severity. And at this point, there are now at least four other empirical studies that support the independent scientists’ findings about fire behavior in forests where fire had been suppressed.In other words, the Forest Service’s main fire-related justification for logging is based on erroneous claims.

“Smokey” project, Mendocino National Forest, being done in Northern spotted owl habitat, ironically under the pretext of protecting owls from fire. The Forest Service is seeking to log this project this summer. The grassroots forest group Conservation Congress is litigating this project. (c) Doug Bevington

The results of independent research on fire ecology have big policy implications for our national forests. While the Forest Service calls for more and more funding to subsidize massive logging projects across vast landscapes under the claim that it is needed to protect forests for fire, the latest fire science shows that this logging is unnecessary and even harmful to the many forest plants and animals that benefit from the habitat created by mixed-severity fire.

Massive logging projects are also unnecessary from a human-safety perspective. Whether a house burns during a wildfire is largely determined by the conditions within 100-200 feet of the house and the house itself (roof materials, vent screens, etc.), not by logging projects off in remote wildlands. From a fiscal and practical perspective, work on the space immediately around houses is far less costly and more readily achievable than large-scale logging projects. Yet, the Forest Service’s continued emphasis on expensive subsidized logging projects pulls resources and attention away from needed work around homes.

In contrast, the logging-based approach currently promoted by the Forest Service and its allies is expensive, complicated, and damaging to forests, while diverting resources from substantive home safety actions. It has also led to repeated efforts to weaken environmental laws in order to increase logging, including the new Trump-era categorical exclusion.

It is troubling that some environmental organizations are still providing support for the Forest Service approach and missing out on the exciting policy implications of the latest science. What can explain this?

In part, it may simply reflect organizational inertia. If a group has been involved for years in promoting logging projects with the Forest Service as a “win-win” solution, it can be difficult to admit that the science now shows that those projects were unnecessary and even harmful. Also, participants in collaborative processes have often come to rely heavily on the Forest Service for their information about fire science, and this filter has meant that they are not aware of many of the recent developments in the science or have been encouraged to discount studies that refute the Forest Service’s claims.

The arrival of the Trump administration is a wake-up call that our national forests are not safe from logging proponents who will readily use any pretext to dramatically increase cutting. It is time for the environmental community to take a deep look at the latest fire science, consider its policy implications, and make a choice– are we going to provide cover for the latest excuses to take more trees out of our national forests, or are we going take action to prevent harmful logging projects?

Unless we bridge the current gap between the latest science on the ecological importance of mixed-severity fire and the outdated positions of some environmental groups regarding “catastrophic” fire, the Trump administration and new Congress are all too ready to exploit this gap to do tremendous harm to our national forests. On the other hand, if we embrace this science, we have a great opportunity to take the lead in supporting genuine forest protection policies that are better ecologically and economically, and are more effective in helping communities safely coexist with fire-dependent forests.

WHAT YOU CAN DO:

Douglas Bevington is the Leonardo DiCaprio Foundation’s Environment Now Forest Program Director. He also serves on the board of directors of the Fund for Wild Nature. And he is the author of The Rebirth of Environmentalism: Grassroots Activism from the Spotted Owl to the Polar Bear. 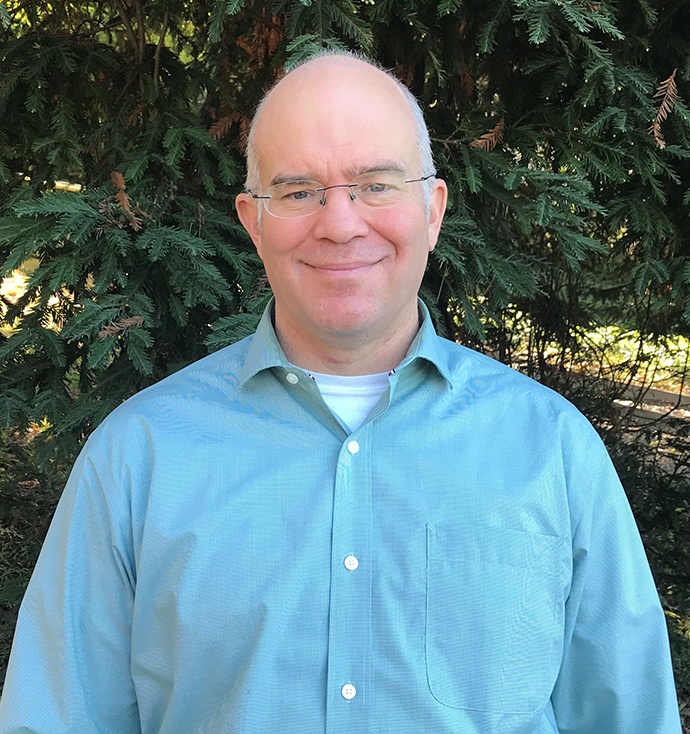 Douglas Bevington is forest program director for Environment Now, a grantmaking foundation that supports water and forest protection in California. He also serves on the board of directors of the Fund for Wild Nature, which supports grassroots action in defense of wildlife and wildlands in North America. He is the author of The Rebirth of Environmentalism: Grassroots Activism from the Spotted Owl to the Polar Bear (Island Press, 2009).

what does the author think about the Camp Fire?