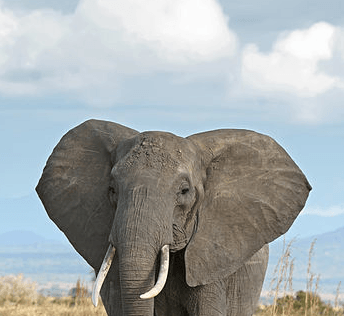 From the CENTER FOR BIOLOGICAL DIVERSITY

To Save Elephants, Poaching, Ivory Trade Must Stop

SEATTLE, Wash.— Results of a multiyear survey effort released today reveal that Africa’s savannah elephants are far worse off than anticipated. A survey called the “Great Elephant Census” estimates that only around 352,271 elephants remain — down from previous estimates of 419,000 to 650,000 elephants in 2013. The report’s authors estimate they recorded 93 percent of all savannah elephants in the survey. Elephants in Africa are threatened by poaching for their ivory, habitat loss, and human encroachment and conflict.

“The Great Elephant Census is an amazing feat of technology and science working together for wildlife — but these results are shocking,” said Tanya Sanerib, a senior attorney with the Center for Biological Diversity. “Elephant populations in Africa are declining at an alarming rate and more severely than we anticipated.”

In addition to presenting new survey data, the report uses existing data to estimate that from 2010 to 2014 savannah elephant populations decreased by 8 percent per year, roughly double the rate populations decreased annually from 2005 to 2010. Elephant carcasses — mainly from poaching but also natural deaths — were also surveyed, and those results suggest that elephant deaths likely exceeded births. The carcass surveys raise even greater concern for the continued existence of savannah elephants.

The survey results do not include Namibia (which refused to release its survey results but is estimated to have more than 22,000 elephants, bringing the total to 375,000 elephants) or South Sudan and the Central African Republic, where surveys could not be completed due to armed conflict. The surveys were only conducted for savannah elephants and did not include forest elephants, a separate and smaller species inhabiting west and central Africa. Forest elephants could not be surveyed using the same aerial techniques due to the forested ecosystems they inhabit.

“Forest elephant populations are already known to be decreasing at alarming rates, and now the Great Elephant Census has revealed that savannah elephants are in the same boat,” said Sanerib. “A world without elephants would be a very sad place, and it’s time for international action on the ivory trade to make sure we never live in that world.”

The Center for Biological Diversity is a national, nonprofit conservation organization with more than 1.1 million members and online activists dedicated to the protection of endangered species and wild places.