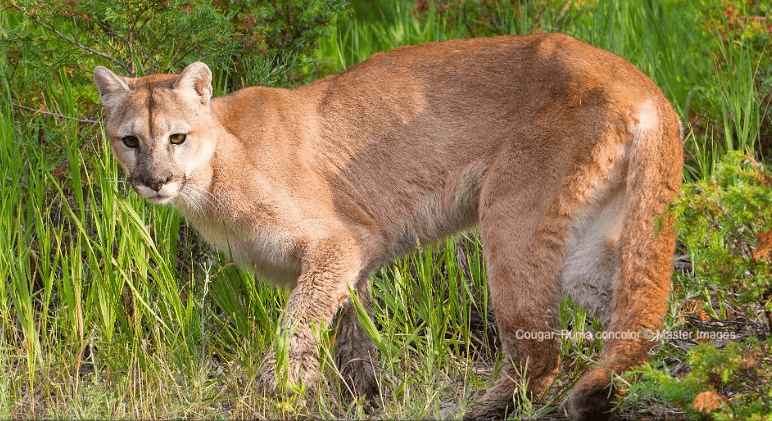 Guardians of the Forest: Returning Wolves and Pumas to the East

Editors’ note: The following is adapted from the Preface of John Laundré’s upcoming book on Returning Wolves and Pumas to the East. In subsequent articles, fellow carnivore advocates will discuss what political steps are needed to accomplish these goals.

During the previous millions of years of history of what is now the Eastern United States, the ecosystems there existed, like all ecosystems have, with the presence of large mammalian prey and large mammalian predators, top predators. The types of large prey and of large predator changed over those eons, but predator and prey coexisted, and ecosystems functioned. This held true with the more recent large predators, wolves, and pumas. Unfortunately, over a hundred years ago, those current large predators were eliminated from virtually all of the US East. Since then, those eastern ecosystems have existed without a top predator, for the first time ever!

Unfortunately, this loss of top predators from ecosystems is becoming all too common. Tigers in Asia have been reduced to less than 10% of their historic range. Lions, across their Afro-Asian range, have seen similar reductions. Much of Europe was deprived of wolves and bears. And the list goes on.

Fortunately, however, there have been some rays of hope. Recently, for wolves and other large European predators, the decline has stopped and even, in some places, reversed. The howl of wolves now echoes across European landscapes that for too long had been shrouded in silence. European lynx and brown bear, too, are now found again haunting ancestral lands. Even in North America, progress has been made. Pumas, once relentlessly persecuted, have returned to many western landscapes. Some are even venturing into the vast prairie region. Wolves, with one bold courageous political decision by humans, have also returned to parts of the US West. 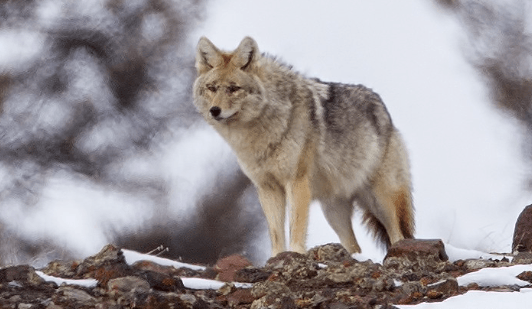 Yet in the East, the howl of the wolf is still silent. The stealthy pawprint of the puma can only be found in the southern tip of Florida. In contrast to the many advances of western pumas and wolves, the East remains empty of top carnivores, incomplete, its ecological injuries unable to heal. The only salve, the only cure to those injuries, is the return of wolves and pumas to the East.

A simple fact repudiates the shallow, anthropocentrc arguments against rewilding: predators and their prey have coexisted for hundreds of millions of years. These systems have functioned successfully for all but a brief period of this time without interference by humans. How could it be, then, that just in these last few hundred years, an evolutionary blink of an eye, suddenly what nature has been doing for eons is wrong? That to have predators in nature is an aberration, incongruent as to how nature works? For those of science, that is the most illogical conclusion to draw. For those of faith, it is basically declaring that God made a mistake!

To even insinuate that predators are not a “natural” component of nature and that they should be eliminated or controlled defies any sort of logic. Such ideas highlight the extreme ignorance and arrogance of humans, to think that they know better than nature. Better than…their God? I think not. It is the wisdom of nature, honed by evolution over those hundreds of millions of years, that justifies the return of wolves and pumas to the East.

This book, like my previous one on pumas in the Midwest (Phantoms of the Prairie), explores what was, what is, and what could be regarding the loss of and now the need for wolves and pumas in the East. It is a journey down the path of greed and righteous justification by European immigrants, defying eons of natural order by declaring wolves and pumas to be unnecessary. It is about an ecosystem, the eastern forest, that is being destroyed from within by their removal. And it is a call for the return of wolves and pumas as the only cure for the festering ecological wounds left by their absence. 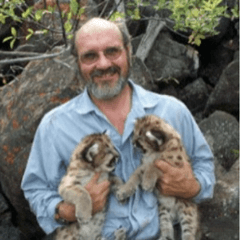 John Laundré was born and raised in the Midwest (Wisconsin) and received his bachelors and masters degrees there. He received his PhD from Idaho State University in 1979. Since then, he has been working in large mammal predator-prey ecology for over 40 years and has studied predators and their prey in the western U.S. and northern Mexico. His experience includes working with cougars, wolves, coyotes, bobcats, deer, elk, bison, and bighorn sheep. He has conducted one of the longest (17 years) studies of cougar ecology and behavior to date and has published over 80 scientific articles on his scientific work. He is the originator of the concept of the landscape of fear that proposed that fear of prey for their predators drives many, if not all ecological processes. The one important aspect of this concept is that predators become instrumental in maintaining the balance between prey species and their habitat, not so much by killing their prey but affecting how they use the landscape. He is the author of the book, Phantoms of the Prairie, The Return of Cougars to the Midwest, that looks at the phenomenon of cougars actually moving back into the Great Plains region of the U.S. He currently lives in western Oregon where he is “semi-retired” and is doing some teaching at Western Oregon University. He on the Board of the Cougar Rewilding Foundation whose goal is the eventual re-establishment of viable cougar populations in the Eastern U.S. He continues to be active in predator-prey issues.