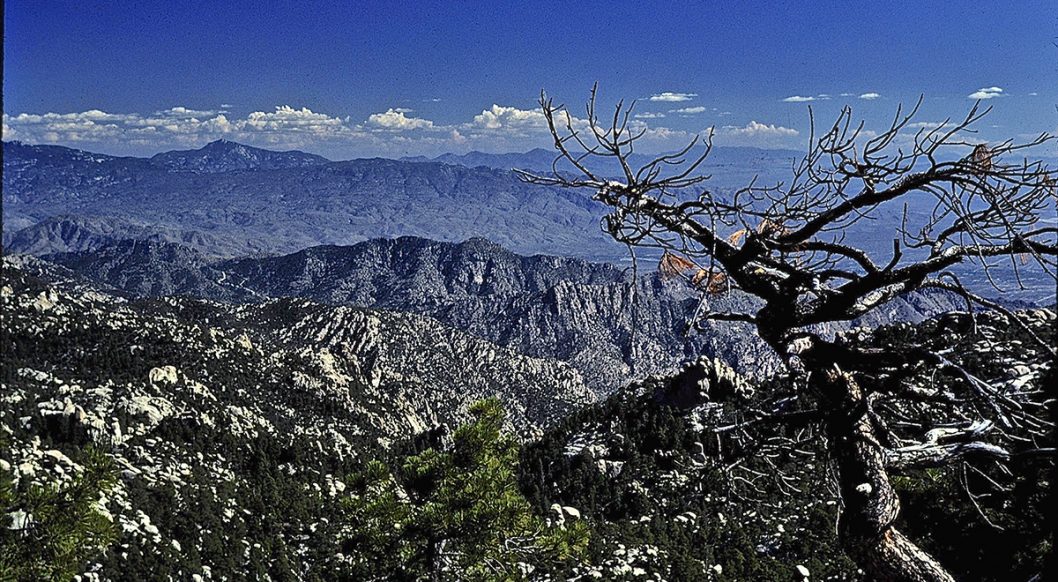 The Rewilding Institute launched a campaign to Heal Nature’s Wounds as inflicted in the last four years of hostile management of land and wildlife across the country. We identified 25 specific actions that the next administration could take in its first hundred days (by April 30, 2021) to help restore our natural heritage. We submitted the Healing Nature’s Wounds campaign document to the Biden Administration endorsed by 48 other organizations (see the full details of the campaign and endorsers here). This is an update as to the steps taken for each action by the Biden Administration as of April 9, 2021, complied by TRI’s Jason Kahn and Jeremy Doblin. (Note: some updates may note their own as of date.)

1. Immediately dismiss department secretaries and agency directors of all federal agencies and departments that oversee or regulate natural resources.

As of 3-15-21, EPA director Michael Regan, Interior Secretary Deb Haaland, and Agriculture Secretary Tom Vilsack have been confirmed by the Senate. Most agency heads have not yet been nominated or confirmed, including the director of the U.S. Fish and Wildlife Service (USFWS).

Despite lawsuits filed on behalf of at least 7 conservation groups against the USFWS, the gray wolf remains in peril. President Biden’s January 20 Executive Order included a requirement to review Trump’s decision to delist the gray wolf across its historic range. But an assistant director of the USFWS immediately issued a statement falsely claiming the delisting decision was valid and based on the best available science. Secretary of the Interior Haaland should order USFWS to rescind Trump’s hastily implemented gray wolf delisting rule and to complete a range-wide gray wolf recovery plan to determine the degree of imperilment of the gray wolf and what actions are necessary to declare the gray wolf recovered.

3. Science must inform the recovery of the critically endangered Mexican Gray Wolf.

The U.S. Fish and Wildlife Service (USFWS) is revising its 2015 Mexican gray wolf management rule, which a Federal court found does not rely on the best available science and violates the Endangered Species Act by failing to conserve and recover the endangered Mexican wolf. A final ruling from a separate lawsuit challenging the scientific validity of the 2017 revised Mexican Wolf Recovery Plan is expected soon. If conservation plaintiffs prevail, USFWS will be required to revise the recovery plan in the next 6 months. Both of these actions will include opportunities for public input and scientific peer review.

The USFWS has managed the critically endangered red wolf for extinction. Recently though a judge ordered the release of captive-bred red wolves into the recovery area. A deadline of March 1, 2021, was set. The judge stopped short of mandating a specific number. It appears though that 2 pairs of wolves are set to be released. In an earlier ruling, a judge ordered the FWS to update its Red Wolf Management Plan by February 2023. In 2015, the FWS stopped releasing wolves into the wild and allowed people to legally hunt the wolves still on the ground. As of this writing, there is no plan to expand the recovery zone beyond the Albemarle Peninsula.

5. Rescind the proposed rule to define “habitat” under the Endangered Species Act.

Under the ESA, critical habitat is that which is deemed “essential for the conservation of the species.” According to the director of biodiversity for the Environmental Policy Innovation Center: “The proposal does increase the likelihood that FWS will exclude an area from critical habitat.” As of 3-31-21, the rule redefining habitat has not been overturned.

In 2018 a district court ruling in Arizona overturned the DOJ’s McKittrick Policy, which prohibits the prosecution of most people who kill endangered species. Later that year an appeal by the Justice Department to the Ninth Circuit Court overturned the lower court ruling on the basis of lack of standing in the case. There has been no further movement on the policy, but it is hoped with new leadership at the DOJ and the USFWS, they will take a new look at the McKittrick Policy. The fix is simple — the Justice Department policy needs to be rescinded.

7. Prohibit hunting and trapping of wildlife on national parks and wildlife refuges, in Alaska and throughout the United States and its territories.

8. Place a moratorium on the use of pesticides on National Wildlife Refuges.

On his first day in office, President Biden signed an executive order to review the boundaries set by the former administration. The order directs the Secretary of the Interior to review and provide an overarching goal for the two monuments within 60 days of being sworn in at DOI. Deb Haaland’s confirmation as the new Secretary of the Interior gives us hope that the monuments’ size and therefore their protection will be fully restored.  Secretary Haaland recently completed a visit to the Bear’s Ears & Grand Staircase-Escalante National Monuments.

As of 3-15-21, no action has been taken to reverse Trump-era reversals of Obama-era protections of marine sanctuaries off of New England’s coast.

The National Park Service (NPS) recently revealed that 152 Tule elk, one-third of the Tomales Point herd, died at Point Reyes National Seashore (PRNS). The deaths occurred because elk were trapped behind an 8-foot fence that encloses the park’s Tule Elk Reserve, where the NPS confines the rare elk to keep them off parklands where cattle are allowed to graze. The General Management Plan Amendment (GMPA) that ranchers lobbied for, county officials endorsed, and the Trump Administration fast-tracked guarantees PRNS ranchers at least 20 more years in the park, and more livestock, crops, and other income streams to offset declines in beef and dairy consumption that portend hard times for the park’s ranchers. The enabling legislation establishing PRNS required these agricultural operations to be phased out over 30 years ago! The new management revisions face one additional review by the California Coastal Commission, which ultimately must be approved by the Department of Interior. We hope Interior Secretary Haaland will do the right thing to protect the incredible natural assets and beauty of PRNS.

13. Permanently ban oil and gas drilling and any other ecologically disturbing activities in the Arctic National Wildlife Refuge.

As of 3-14-21, the DOI has not issued any oil leases except to the State of Alaska Corporation which has no drilling equipment. Major industry leaders shied away from bidding believing the leases would be canceled and that financing would be difficult to obtain. The Biden Administration’s Interior Department recently halted a proposal for seismic testing on over 350,000 acres of the Arctic National Wildlife Refuge because the corporation planning to conduct the testing failed to meet a deadline for assessing potential impacts to polar bears. We are hopeful that the threat of drilling on the refuge is finally over.

14. Withdraw the current administration’s support of a proposal to build a 12- mile long road through the Izembek National Wildlife Refuge in Alaska.

The controversial road through a critical wetland wilderness is still in limbo. The Alaskan congressional contingent has long supported this project, however, Interior Secretary Haaland is said to plan a meeting with the residents of King Cove to hear from them directly. The loophole declaring the community an “inholding” within the refuge was erroneously applied by former Interior Secretary Bernhardt. The community lies well outside the refuge.

Recently Washington Senator Maria Cantwell, along with several other members of Congress, introduced the Roadless Area Conservation Act of 2021. This legislation would permanently protect 58.5 million acres of national forest, including the Tongass National Forest. The Roadless Area Conservation Act would uphold recreational access to public lands, preserve the habitats of 1,600 at-risk species, reduce the risk of wildfires, aid in the fight against climate change by preserving vast carbon sinks, and safeguard watersheds that provide clean drinking water for more than 60 million Americans in 39 states.

On his first day in office, President Biden’s chief of staff, Ron Klain, issued a memo listing dozens of EPA rules to be reviewed and possibly revamped, including the Trump Administration’s Navigable Waters Protection Rule. As of 3-31-21, the Trump-era changes still stand.

17. Cease construction of the wall along the US-Mexican border and reinstate the now exempted environmental analysis requirements.

In the first few hours after being sworn into office, President Joe Biden signed a proclamation ending construction of the border wall along our border with Mexico. Conservation groups are praising the new administration for stopping border wall construction, but calling also for dismantlement of the wall in key wildlife crossing areas (see Center for Biological Diversity and Wildlands Network websites).

18. Issue an immediate moratorium on oil and gas and other mineral leases on all federal public lands.

As of 3-2-21, the DOI has suspended the issuing of new gas and oil leasing and drilling permits on all public lands and water for 60 days pending a review by the Department of the Interior. The halt on the sale of gas and oil leases is the result of an executive order issued in February. This executive order includes a suspension of lease sales in the Gulf of Mexico. The order also freezes drilling activity in the Arctic National Wildlife Refuge.

As of 3-31-21, no information or action to reverse the Trump-era EPA rules on Methane leaks has been observed.

20. Restore USA commitment to Paris Climate Agreement and adopt a plan that addresses the urgent threat of climate change on wildlands, wildlife, and ecosystems as well as our economy, national security, and the future of people’s health.

Within hours of his inauguration, President Biden reentered the United States in the Paris Climate Agreement. With the US back in the Paris Climate Agreement, our nation’s goal of net-zero emissions by 2050 is admirable, but no path to that end has been made. However, an international climate summit that the White House is set to host on April 22 should provide a clearer picture of the way towards that goal. We must force our leaders to commit the United States to a long-term climate plan that sets the proper urgent tone and example for other industrialized and developing nations.

21. Rescind the US Department of the Interior order on electric bikes and issue an executive order that defines electric bikes, mountain bikes, and similar wheeled and mechanized vehicles as off-road vehicles.

As of 3-31-21, the DOI has made no changes to its ruling that e-bikes are allowed on all trails designated for use by traditional bikes. The USFS has added a public input process to include e-bikes onto existing trails instead of a default inclusion.

As of 3-31-21, the EPA has begun reviewing changes made to the National Environmental Policy Act. We await their findings.

In the first few hours of being sworn in as President, Joe Biden demanded all federal agencies review, revise, or rescind the NEPA rules including the recent changes to ESI and CEQ.

It appears the hold placed on the National Ambient Air Quality Standard (NAAQS) by former EPA Chief Wheeler’s ruling has been lifted. It now seems the Biden Administration is hoping to get Greenhouse gasses (GHG’s) regulated under the same standards.

The Clean Air Act sets national air quality standards to lower pollutants that cause smog, acid rain, and other health dangers. It’s never been used for greenhouse gases, but environmental groups now hope EPA might finally use it after ignoring the option for 11 years.