By Rewilding on July 4th, 2020 in Actions & Bulletins, Spine of the Continent (Western) Wildway 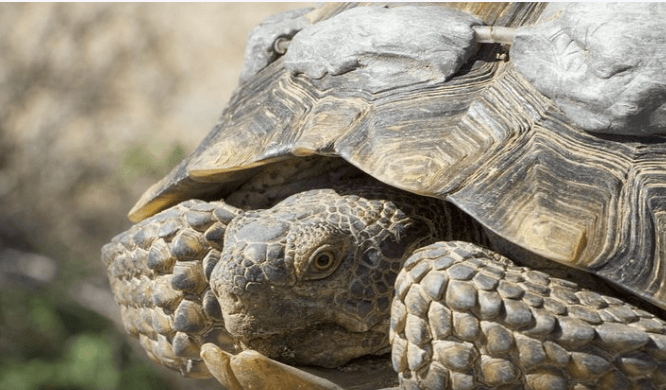 House Democrats Set to Give 850,000 Acres of Nevada Wildlife Refuge to Military

LAS VEGAS — In a stunning development in the ongoing controversy over proposed military bombing range expansion in Nevada, the Democrat-led House Armed Services Committee today approved an amendment to the National Defense Authorization Act that would give the U.S. Air Force jurisdiction over 850,000 acres currently managed as a wildlife refuge.

The Air Force has been seeking to expand its Nevada Test and Training Range (NTTR) bombing range for several years, proposing to take over 1.1 million acres of the adjacent Desert National Wildlife Refuge. Today’s amendment came from noted public lands opponent Rep. Rob Bishop (R-Utah) but was approved on a voice vote by the Democratic majority committee.

Desert National Wildlife Refuge is the largest refuge in the lower 48 states, comprising 1.6 million acres of pristine Mojave Desert habitat, home to Nevada’s state mammal, the desert bighorn sheep, and the threatened Mojave desert tortoise. It is visible from the Las Vegas strip and many southern Nevadans consider it their back yard.

“It’s appalling that Democrats on the House Armed Services committee would betray the people of Nevada by giving away our beloved Desert National Wildlife Refuge to the Air Force,” said Patrick Donnelly, Nevada state director at the Center for Biological Diversity. “Nevadans from all walks of life, Republicans and Democrats, Native American tribes, veterans and civilians, hunters and wildlife watchers, have all come together to oppose this proposal. It’s a slap in the face for this amendment to go through.”

Notably, in late 2019, the entire Nevada delegation introduced legislation which would have eliminated most of the Air Force’s takeover proposal while designating much of the refuge as wilderness. As a result of their advocacy, the Senate Armed Services Committee voted last month not to allow any expansion of the Air Force bombing range in their version of the National Defense Authorization Act.

“It defies belief that the Desert Refuge could make it safely through Republican Senator Inhofe’s Senate Armed Services Committee only to be put on the chopping block by Democrats on the House Armed Services Committee,” said Donnelly. “We’re grateful to representatives Horsford, Titus and Lee and senators Cortez Masto and Rosen for their advocacy for our beloved Desert Refuge. We stand by them and with the people of Nevada and will continue our fight to stop the military from dropping bombs on wildlife refuges.”

What gives? I keep reading about the land giveaway of the Desert Refuge by a democratic led Armed service committee and I still am not understanding why. What are these so called “democrats” getting in this deal? Why are they caving and giving away a national treasure? I feel like I’m missing a piece of this puzzle.