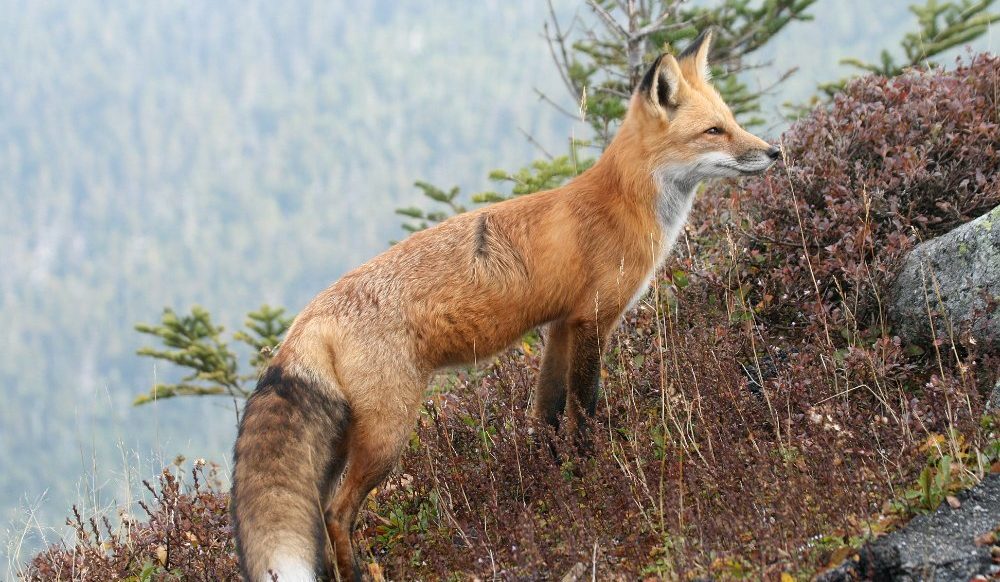 As the nice weather comes upon us, some of us wish to get out into the great outdoors, our parks and forested areas.  But oh yes, there’s one little problem, Lyme Disease. “Remember, Knowledge is Power.”

Lyme Disease comes down to ONE SIMPLE FACT:  Lower numbers of ticks attaching themselves to white-footed mice equals lower cases of Lyme disease.  How is this achieved?  “Complexity Brings Forth Stability.” In other words: Biodiversity!!

Recent studies by Dr. Richard Ostfeld and others from the Cary Institute of Ecosystem Studies have shown, there are three major factors contributing to Lyme Disease. (1)  Habitat Fragmentation. (2) Lack of Predators. (3) Compromised Dilution Effect.

(1) Habitat Fragmentation:   When forested areas are cut up into smaller patches of land for suburban housing and mall development, along with other kinds of ecological simplification of woodlands, this turns out to be prime habitat for white-footed mice (Peromyscus leucopus).  More mice, the more chances of ticks contracting Lyme from infected mice and transmitting the disease to humans.

Forested areas cut into five acres or less tend to have the most dramatic effects, favoring the transmission of the spirochete, Borrelia burgdorferi (the microscopic parasite that causes Lyme disease), from mice to ticks to humans.  Recent studies have shown forested areas fragmented into smaller parcels of land tend to have more white-footed mice per acre.

Also, fragmented habitats tend to have fewer other animals included within the ecosystem, such as chipmunks and gray squirrels. Other ground animals competing for the same food stocks would help to lower the mouse population.

(2) Predators: Fox, raptors (owls, hawks), and other predators play a critical role in lowering rodent numbers, which, in turn, is beneficial to human health. Predators feeding on mice help to lower the chances of ticks attaching themselves to the mice and contracting the diseases.

When intact forests are carved up into smaller woodlands, this limits the number of predators preying on mice within a geographic area.  Remember, more mice, more possibility of Lyme disease.

The use of rodenticides to kill mice is counter-productive in controlling Lyme. Mice leaving homes after ingesting rodent poison puts birds of prey in jeopardy.  Eating mice contaminated with poison, which is known as secondary poisoning, is deadly to raptors.

(3) Dilution Effect:  In the northeast and central United States, white-footed mice are normally the most numerous vertebrate on the forest floor; this enhances the chances of ticks feeding from mice. Weather, predation, and food supply are among deciding factors on mouse numbers.

Other factors that help to abate the number of Lyme disease cases per year include more predators feeding on mice, which then lowers the vector population.  The number of other animals (chipmunks, squirrels, turkeys, etc.) on the forest floor consuming and competing for food (nuts and seeds) also helps to lower rodent numbers.

More nuts and seeds consumed by other wildlife means less food for mice which translates into fewer mice which decreases the possibility of mouse-tick interaction.

Lyme disease cases in the Northeast can be predicted by the yield of oak tree nuts, acorns, fallen the year before. Once again, fewer nuts, fewer mice.

When ticks attach themselves to other animals such as squirrels, birds, opossum, or fox, this also lowers the transmission of the disease from ticks to humans.  Having whole intact woodlands helps to dilute the infection rate by supporting more diverse numbers of wildlife for ticks to feed off, other than mice, which are the main vector for Lyme disease.

Over the years biologists, wildlife-management personal, and sportsman alike, have underestimated the power of predation and the beneficial effects it has on the natural order of things. Scientists have slowly learned that predator/prey relationships are absolutely essential for ecological systems to function properly.

It wasn’t until Aldo Leopold came along, in the 1930s and 1940s, that sentiments began to change. Leopold documented the role predators play in keeping ecological systems healthy and stable, an area of study now known as Trophic Cascades research

Leopold understood without predators, weak and sick individuals are left to reproduce, consuming food supplies and further diminishing their natural environment.  In some cases, this may translate disease all the way up the food chain to us humans.

Although Lyme disease is here to stay, it is through smart ecological choices that we will be able to keep this disease at bay!

This essay was run first by Adirondack Wild as “Tick Borne Illness and Forest Fragmentation.” 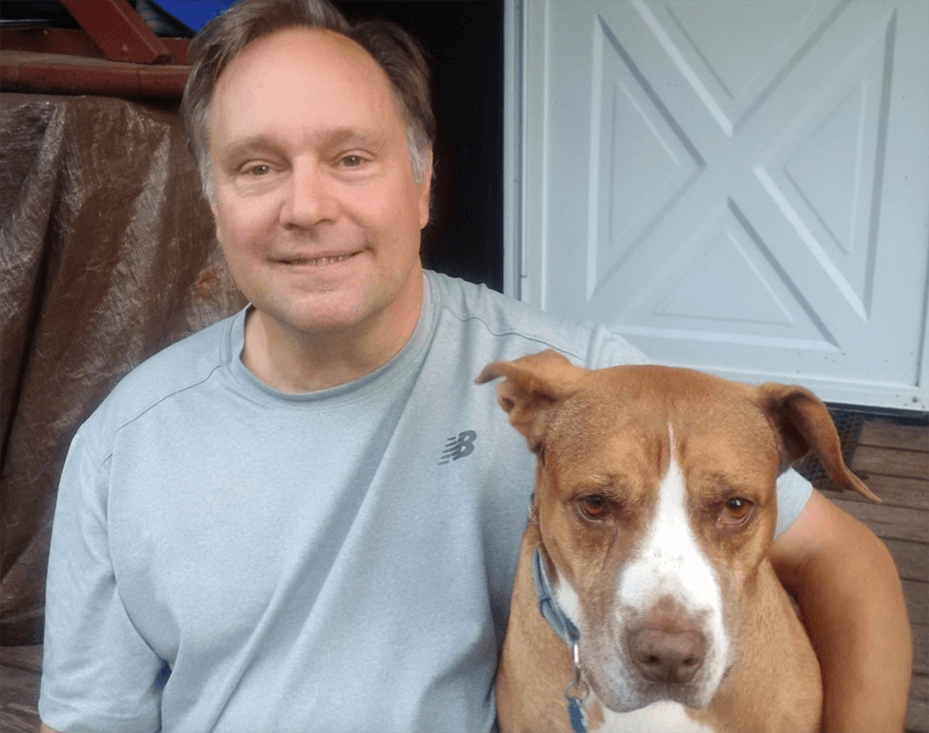 Joseph Butera has been involved with environmental conservation and wildlife issues his whole life. He attended Staten Island College in the early 1970s and earned a degree in ecology-environmental sciences, but for financial reasons he went into the field of telephony and electric work, employed by Local Union #3 (IBEW).

He grew up in Greenpoint Brooklyn, New York, and lived two blocks from the East-river, which at the time was highly polluted. One of his proudest moments was celebrating the first Earth Day in 1970 by purchasing one bushel of clams from a local fish market and throwing them into the east river. Knowing that clams are sifters (ie they filter the surrounding water as they feed) and that clams, unlike oysters, can withstand polluted waters, his hope was that in time they would help clean the waters of the East-river. He continued to do this until 1996.

Every spring, from 1983 to 1989, he and Joseph Rubino released over twenty million ladybugs, praying mantis, lacewing larva if needed, and other beneficial insects into the five NYC parks. For five years the city did not have to use any pesticides in any of these city parks because of the bio-control measures we used. The project was a great success. Unfortunately, the program ended when the administration changed and did not understand what we were doing and would not issue permits to release these insects into the city parks.

But his conservation work did not end there, he built and installed both Barn Owl boxes and Bat boxes in the Van Cortland and Pelham Bay Parks and at golf courses and other natural settings on Long Island with Joseph Rubino. (All painted with non-toxic milk paint he made.)

In 1992, he and four other friends (Lori Butera, Linda Servers, Joel Gallob, and Frank Vincent), founded the Northeast Ecological Recovery Society, of which he is president. NERS is a conservation organization dedicated to the restoration and protection of native species in the northeast. Some of the work NERS is doing includes working to restore the American Chestnut Tree in the Adirondacks and other places in the northeast.

Now that he is retired from Local #3, IBEW, he can now donate more of his time to his environment/conservation work.

I am currently working with the Coyote Center of Maine to enact legislation to offer coyotes some protections especially since Lyme Disease is endemic in Maine. I was so disheartened to find that you did not mention coyotes as an important ally in this process. Carnivores are especially maligned, except if they’re cute, but coyotes are such an important member of this loop. Please include them in future posts. Many thanks for this article. It supports all the information we brought to our Maine legislative committee Inland Fisheries and Wildlife who unanimously voted against our bill to ban killing coyotes at night with trained dogs. Hard to believe but we will persist.
Wild Blessings, Rev. Mary Zachary-Lang

Thank you for your response to the enclosed article!

The reason why I did not include coyotes in my article is because all the data has shown that no other predator controls mice numbers like fox, red fox in particular. Also, coyotes tend to lower fox numbers in a given area, seeing fox as competitors for food resources.

The First Law of Ecology: Complexity brings forth stability. When ecosystems are more complex, meaning all the parts included, (wolves, mountain lions, Lynx, etc), the whole ecosystem works in unison with each other, which benefits the entire natural-system.

Than there is no need for human intervention, which makes life work better for all of nature, including us humans.