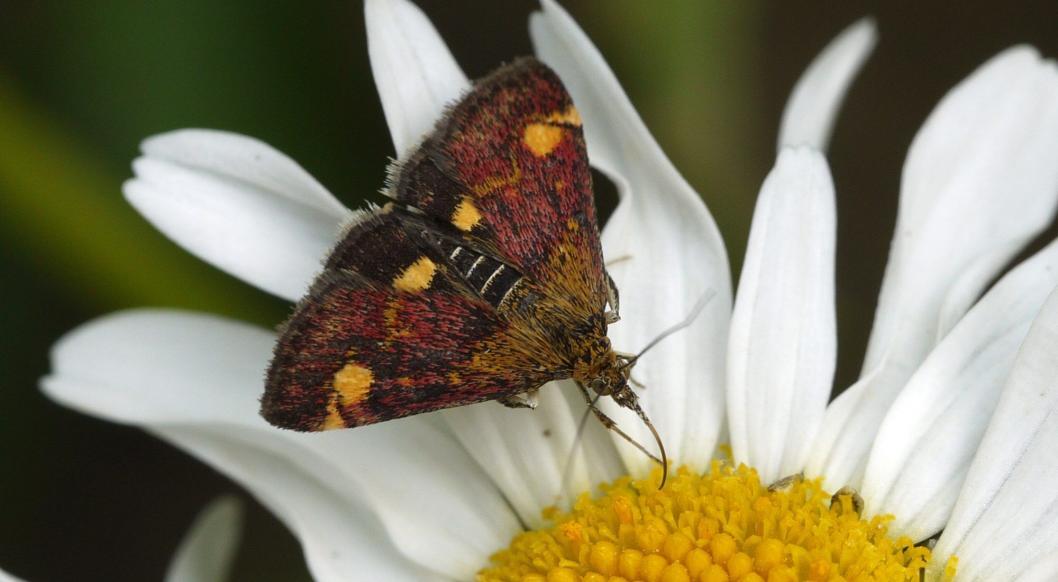 How Rewilding Can Start at Home

Let me be clear from the outset of this short piece: My intention here is not misappropriation of the all-important term at the center, both literally and thematically, of The Rewilding Institute. Rewilding is an inspiring and sorely needed antidote to the perilous march of domestication, and—all else being equal—the larger the scale on which it is conducted, the greater its potential for benefit. And while there is no such thing as a panacea in conservation biology, rewilding, when coupled with terrestrial and aquatic wilderness protection, is certainly the closest thing that we have to one.

At the same time, rewilding is a philosophy as much as it is a practice. And, as a philosophy, it knows no bounds. The principles of connecting, restoring, and ultimately letting go can play out in one’s backyard just as much as they can across a vast expanse of land. Think amphibians surviving in water-scarce regions through the ‘stepping stones’ of garden ponds. Think gardeners ditching exotic ornamental plants in favor of local natives. Think small mammals travelling through holes in fences (in Kirtlington, a village in the English county of Oxfordshire, a ‘hedgehog highway’ has been created that connects the gardens of sixty properties and counting). 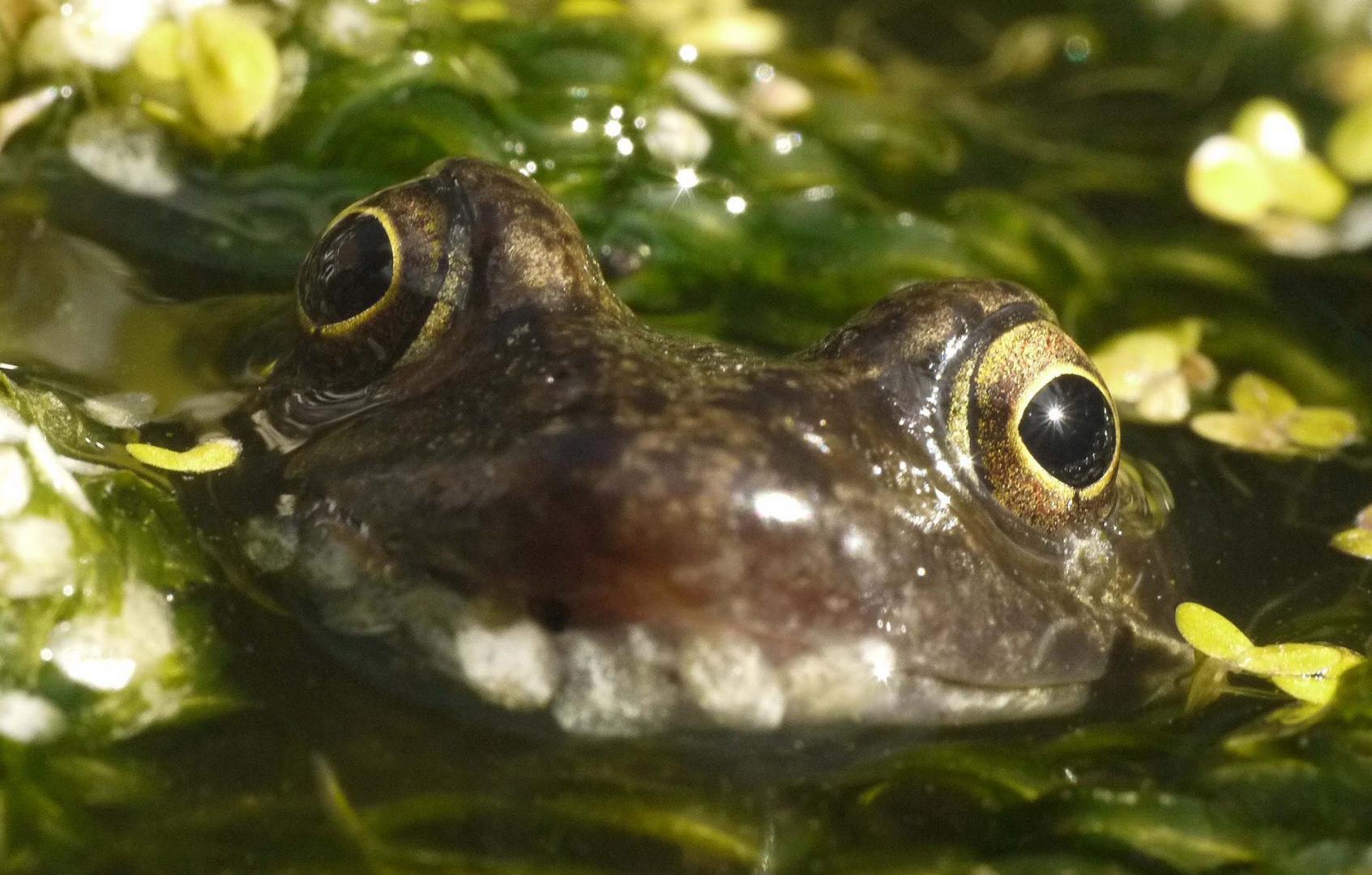 During the pandemic, the restrictions on movement in Britain, where I live, have given me a chance as a conservationist to really reflect on the issues close to home, particularly the flourishing of the wildlife in my own back garden. For a dozen years, my wife and I had been slowly steering this small plot of land towards being a wildlife haven. When not inside doing my day job or away exploring the urban-rural interface of the landscape surrounding my home city, I had kept one eye on comings and goings in the backyard. In 2020, the thirteenth year in our home, my focus switched almost entirely to the garden, and I wrote a book about the experience and my encounters. 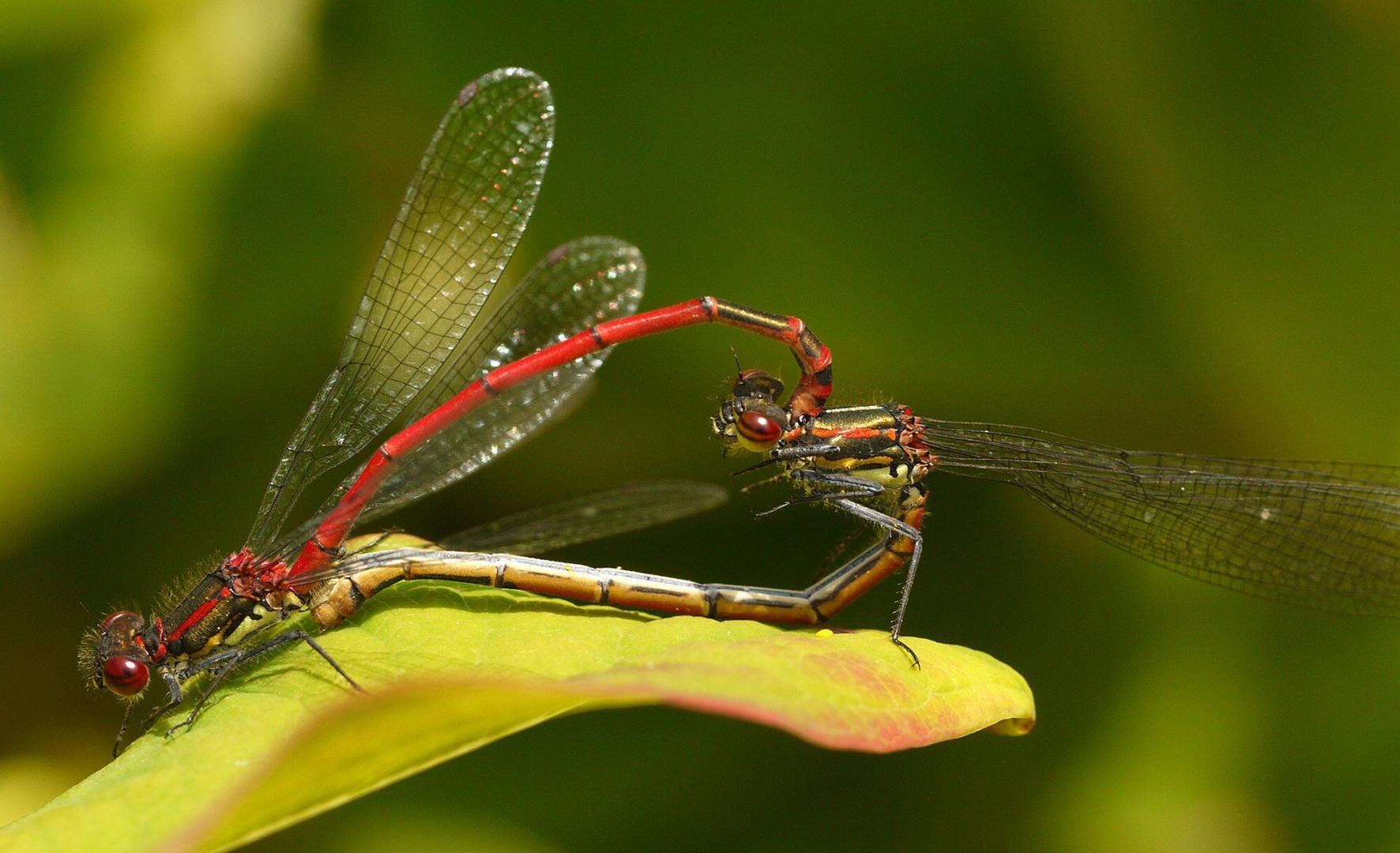 The book is titled Thirteen Paces by Four, in honor of the physical dimensions of the plot (even by the standards of urban England, a comparatively small space). It tells the tales of the many denizens of the increasingly wild paradise that is our backyard, from overlooked invertebrates to glorious weeds, and from amphibious residents to regular mammalian visitors. From this setting, I branch out into a discussion of many of the key issues, as I see them, in sustainability and conservation today. These include topics such as ecological living, human overpopulation, nature-kind agriculture, and water wisdom, along with overarching themes such as the need to recognize the moral standing of non-humans, the importance of biophilia, and the imperative of embracing wildness in our lives. Along the way, I reflect on the legacy of great figures in the conservation movement, such as John Muir, Aldo Leopold, and Ed Abbey. 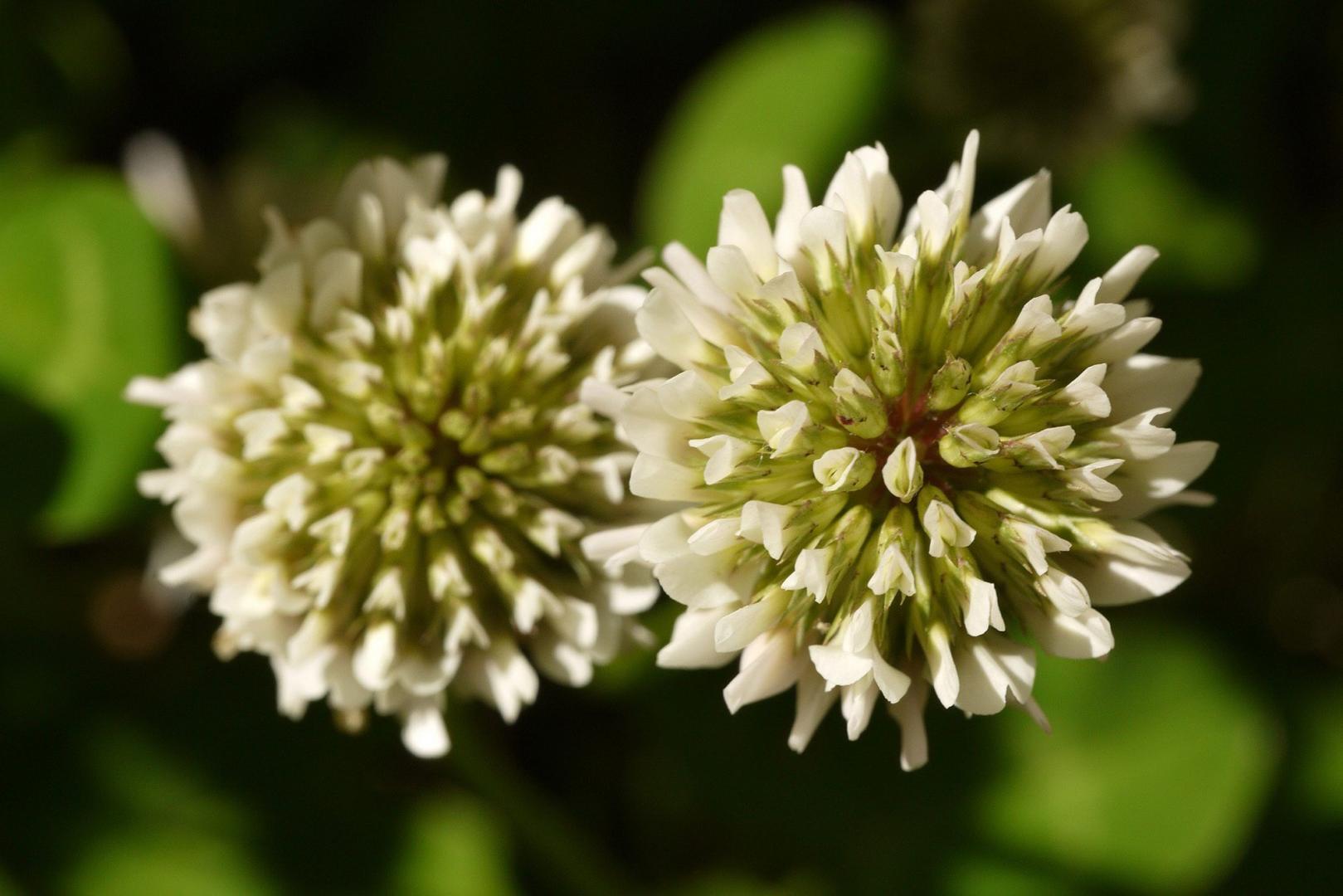 The other key link between our lives at home and the prospects for rewilding is that the choices we make as citizens, of course, have a direct impact on whether the soil and the seas are left to flourish or are destined to be subjected to human rule. If the book can do just one thing, I hope that it serves as a source of ideas—and even, perhaps, inspiration—for those seeking to live low-impact lives. On this subject, I will close here with what are also the concluding words to the book.

Everything points towards a choice between a significantly downscaled future for humans or very little future at all. Maybe you are already on a journey to being a part of this great Earth-revering shrinkage. If not, how would you like to join me? 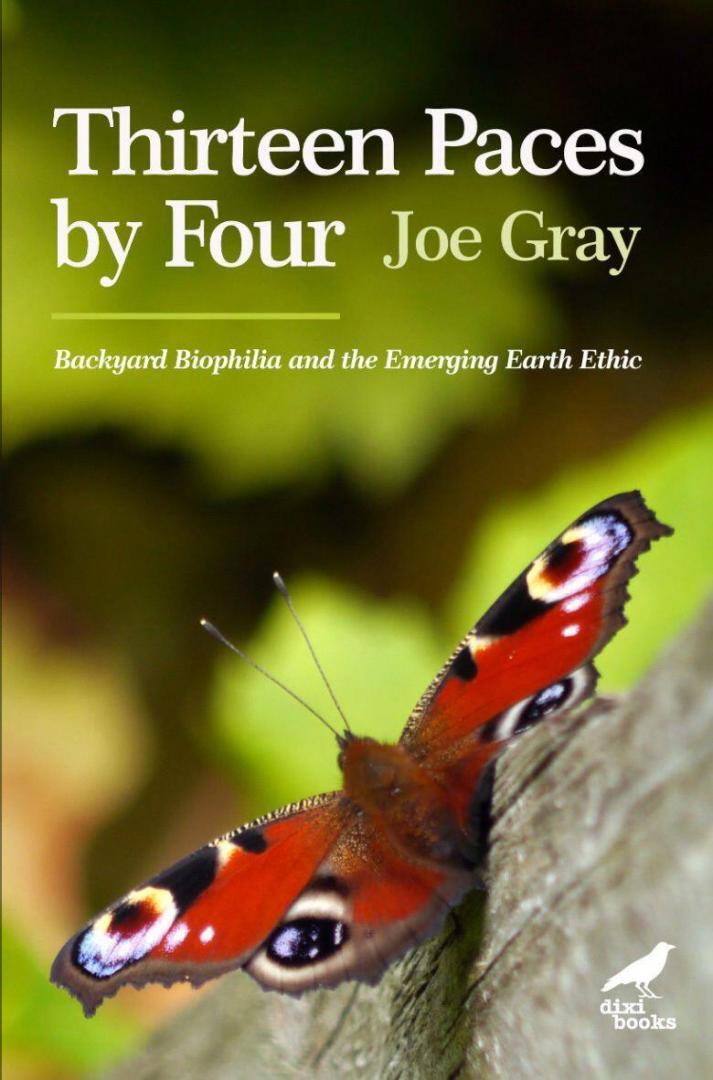 Thirteen Paces by Four is published by Dixi Books and available to purchase from Book Depository. All of the author’s royalties are being donated to the World Land Trust. (The World Land Trust is a UK-based charity that purchases and protects threatened habitat in Africa, Asia, and Central and South America.)

All photos in this post (c) Joe Gray, taken in his backyard. 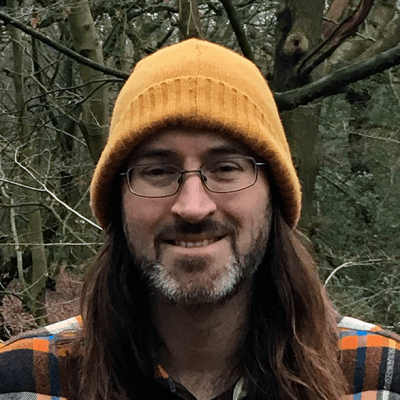 Joe Gray is a field naturalist and an Associate Editor of The Ecological Citizen. For more about Joe’s work, visit his website deepgreen.earth.

I very much enjoyed reading “How Rewilding Can Start at Home” and it inspired me to purchase your new book. My views are in alignment with yours and I am excited to learn some new things from your book that will inspire adventure in my backyard habitat.

I am a community advocate/activist and I am implementing a barn owl nesting box project in my neighborhood. Our mission is to remove all rodenticide use so that nature can thrive and raptors can perform their ecological role as predators.

I am also in the early stages of beginning a non-profit with the ultimate goal of rewilding the entire city where I live. If you have any resources that you think would be helpful on this journey, please pass them along.

Many thanks for your kind comment and for sharing your own project, which sounds very exciting and very important.

Where I live — where you’re going to read more about in the book — this is a really good organization that has recently been set up to give wildlife more of a chance to thrive in the urban setting: https://wilderhoodwatch.org/