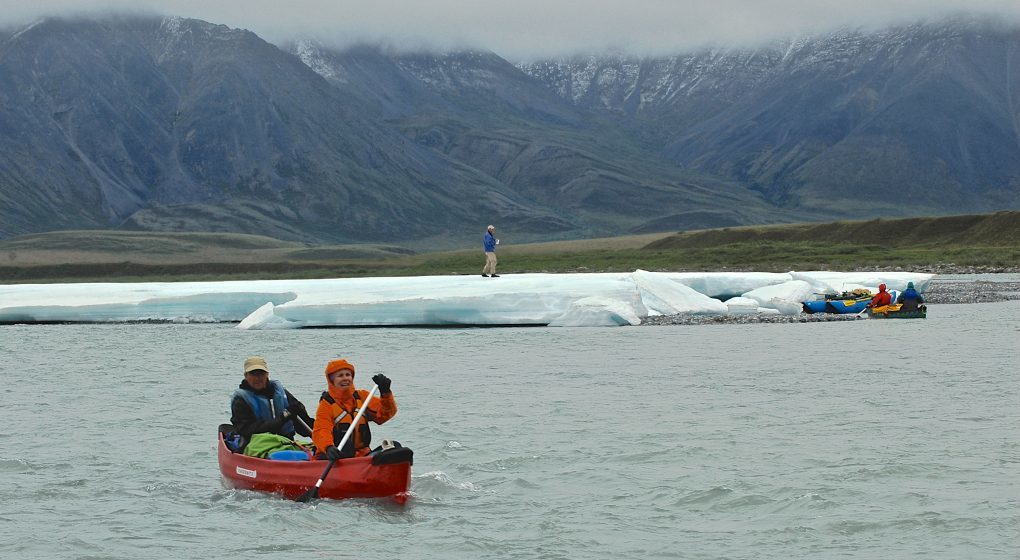 #59 Around the Campfire; The Public Lands

One Third of the Nation’s Land was the title of the report of the congressionally set-up Public Land Law Review Commission in 1970, and one-third of the nation’s land is yours and mine.  Not the timber companies’.  Not the land and cattle companies’.  Not the mining companies’.  Not the rich folks’.  Not the land speculators’.  Ours.  One-third of the acreage of the United States of America is yet owned by her citizens and overseen by the federal government—740 million acres in all.  These are the National Parks, National Wildlife Refuges, National Forests, and Bureau of Land Management lands.  Moreover, the sundry states own on behalf of their citizens another 197 million acres, such as grazing and oil leasing lands in the West, timber lands in the East, and state parks, state forests, and state hunting areas in all of them.  All of this came out of Yellowstone National Park, Adirondack Forest Preserve, and President Harrison’s forest reserves.

These lands are why the United States has a conservation legacy unmatched elsewhere in the world.  Underline that last sentence.  As I have learned more about international conservation, I’ve wondered why the whole game of protecting land seems easier in the United States (not that it’s easy here, but alongside other countries we are better off).  Our public lands are the answer.  I know of no other country that has such a set-up with its citizens owning and having a strong say in the running of one-third of the country’s land acreage.  Two federal laws above all give citizens and their clubs sturdy handles to help guide stewardship of the public lands: the Wilderness Act and the National Environmental Policy Act (NEPA).

Canada has something like our public lands—Crown Lands—but they are not like National Forests or even BLM lands.  For one thing, they are not even under multiple-use management, but are wide-open to be leased long-term to logging or mining companies.  For another, although Crown Lands are owned by the nation of Canada, the provinces, not the feds, run them.  The mighty woe of this is that if acreage is to be set aside, it is generally the province alone who can do it (however, the federal government can set up National Parks, which they run).  There are Provincial Parks throughout Canada but they are nothing like our National Parks; they are much more like National Forests.  Australia has a set-up like Canada’s.  Moreover, willingness to set aside land as parks or such hangs on the political party running the province or state in their parliamentary set-ups.  Neither country has the kind of federal laws the US has, such as the Wilderness Act, National Environmental Policy Act (NEPA), the Endangered Species Act, and others for the whole country that give citizens a mighty hand in helping to shape policy.  Mexico is even worse in having almost no public land.  Nearly all lands in our neighbor to the south are privately owned or held by ejidos, communal lands for underwriting a village.  Mexico’s National Parks are often on private or ejido land and mean little.  Only a few such as Pinacate in Sonora south of Arizona are truly federal lands.

In no other nation do citizens have as many handles on the gears of public conservation as do those of the United States and none have anything like our federal public lands.  The United States is a stand-alone nation for conservation most of all because of the public lands and a steadily more open door for citizen input on their stewardship.  Our matchless system of US public lands is the key for our gains in conservation notwithstanding the economic, political, and philosophical might of those fighting protection of public lands in the United States: resource agencies, corporations, politicians, landscalpers, and conspiracy nuts.  Indeed, though the slaughter of wild things goes on, in the United States at least, conservationists have done one heck of a job against the mighty landscalpers of dollar-fat businesses ransacking the land with political help their good-ol’-boy friends, and agency managers who love the sound of chainsaws and drill rigs.  Public lands have not been given the acknowledgment for this that they are owed, although much of conservation has been and will go on being about how to steward public lands.  When I think about it, I have to chortle that the set-up to pay off the war debt of the American Revolution had the unforeseen witchery to bring about our unmatched conservation heritage.  Death tales from the Killing Decades and the awfulness of landscalping in the US notwithstanding, we have a gift of great worth in our public lands.  Without them, wild things would be in far worse shape than they are in the US.  We conservationists should never brook mistaken catcalls from “new conservationists” that our hoary conservation path has failed owing to the weight we give to set-aside public lands.

This is in regard to Uncle Dave Foreman’s ‘Around the Campfire’ article titled ‘The Public Lands.’

The AEC and its following agencies, including the U.S. Department of Energy (DOE) conducted above ground and then below ground nuclear explosive tests leaving some of these lands permanently contaminated with long-lived radionuclides. Over 830 underground nuclear detonations were conducted leaving pockets of debris that can’t be remediated. The DOE had admitted these areas can’t be returned to the public domain and the BLM claims it isn’t responsible for remediating these ‘public lands.’ Perhaps some day a legal challenge will be launched to hold the BLM responsible for their transfer of the lands that led to their ruin and denial of future public access.