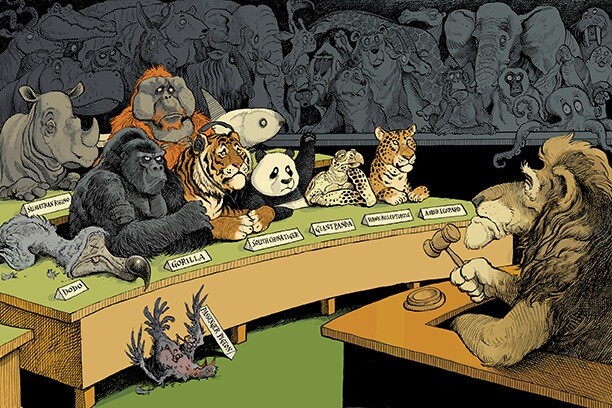 Human Confusion: Why There Must Be Justice for Non-Humans

“The animals of the world exist for their own reasons. They were not made for humans any more than black people were made for whites or women for men. This is the gist of Ms. Spiegel’s cogent, humane and astute argument, and it is sound.” —Alice Walker, Introduction in Spiegel (1988: 10).

“What do they know—all those scholars, all those philosophers, all the leaders of the world—about such as you? They have convinced themselves that man, the worst transgressor of all the species, is the crown of creation. All other creatures were created merely to provide him with food, pelts, to be tormented, exterminated. In relation to them, all people are Nazis; for animals it is an eternal Treblinka. And yet man demands compassion from heaven….”  —Isaac Bashevis Singer (1948: 270).

Over the last twelve millennia—since agriculture first emerged—humans have increased their exploitation and efforts to control other species and to colonize the Earth. Human on human hierarchy and colonization of other humans follows on the colonization of the natural world. The task of conservation is to undo that colonial relationship. We have been causing the extinction of other life-forms, including hominid species, since we left Africa at least 60,000 years ago. In the last 50 years, or just about two human generations, nearly 68% of all vertebrate animals have disappeared due to human activity (WWF 2020). Humans go into an existing biological community and reorganize it for the benefit of the invaders. We simply take what we want—the homes and lives of others—like the British did in India, the Spanish in much of the Americas, Japan in East Asia; like Mesopotamian cities did to agricultural hinterlands, and like the Aztec did to many of their neighbors.

Because we are cultural animals we have a need to justify our violent efforts to colonize and control—efforts which Walker and Singer eloquently and steadfastly reject. Whether we seek to displace other species or other humans, it’s almost invariably about resources, but we imagine a moral cause—a civilizing mission, historical progress, democracy.  In Gulliver’s Travels, Jonathan Swift’s Lilliputians and Blefuscuans fought and rested their superiority over the other on which end of an egg it was proper to open. We chuckle knowingly but have learned nothing. With such weighty matters as egg-opening to focus on, it’s easy to see how we humans can be so self-absorbed and ignore our myopic destructiveness toward the larger world. Even Swift wasn’t concerned that the eggs in question might not belong to humans in the first place. Perhaps he knew better than to go too far; they still burned people in those days.

Conservation is at its core an anti-colonial struggle. Its job is to dismantle these structures of exploitation and control and to do justice in our relationships with other species. As we close in on 8 billion people—up from 10 million at the beginning of the Neolithic, adding well over 4 billion in the 20th Century with the help of fossil energy—we are consuming more and more per person. Extracting more and more from the Earth entails creating greater machinery of control and extraction. Human societies pursue ever greater wealth and domination, whether Manifest Destiny of old or the Belt and Road of today, or just stumbling on; but “…all attempts to rationalize a subjugated biosphere with man in charge are as doomed to failure as the similar concept of benevolent colonialism. They all assume that man is possessor of this planet, if not the owner, then the tenant.” (Lovelock, 1979)

Colonialism does not end well, as Franz Fanon warned us so eloquently more than half a century ago (1963). It is violent—both to impose and to throw off.  It requires those who impose it to morally alienate themselves from the world they depend on. Colonialism over nature requires that the doctrine of discovery and conquest be internalized psychologically, crippling people emotionally, and keeping us confined by the instruments of control. It feeds on death—not the death that attends the ebb and flow of self-regulating ecological systems, but the death that attends the clearcut forest and industrial farm where daylight never reaches.

The primary enemies of life on Earth are those who lead and cooperate with the human domination and do not resist. Timid conservationists—maybe they should not even be called ‘conservationists’—and apologists of humanity are also problematic. To rid Earth of inequality, rid Earth of human domination of the natural world and the hierarchical systems produced by large-scale societies. This includes racism, Nazified agriculture, and much else.

Many criticisms of conservation are distractions, stuck in a human-centered universe with a god made in the image of humanity and an ever growing economy.  They have no solutions and will haplessly go along with the status quo. They will not help safeguard the Earth.  Mostly they focus on straw dogs. Those they criticize for “only addressing human population” also address consumption, but they ignore this; and of course the needy reasonably want more. Many historical conservationists are criticized for words or behavior, but sadly the criticism is usually not very original or thoughtful.

—Teddy Roosevelt did like to kill things, human and not human. There was clearly something fearful in him; and many a modern dentist has sought to emulate him, shooting at things that can’t shoot back. Many conservationists consider trophy hunting a disease. Creating National Monuments and National Wildlife Refuges is a good thing, however. TR, like Pinchot and unlike Muir, was a utilitarian. Most conservationists are motivated more by appreciation of the intrinsic value and beauty of wild things than by their utilitarian value.

—There has been much criticism lately of some things John Muir said a hundred years ago, probably to reassure middle class white voters to visit and support protection for mountains and forests. Recovering from their civilized anemia was probably not an adequate motivation in his view. He’s dead now and can’t explain himself or apologize; as with Jefferson and the Declaration, one must acknowledge his owning slaves as an evil but be glad for the latter, which underpinned the abolitionist movement and much else.  There’s much fuzzy and muddy thinking in these criticisms of historic leaders. I do not hear Michael Brune, Sierra Club executive director, or other Muir critics say much about human domination of the biosphere and the suffering caused by that, let alone the failure of social justice leaders to criticize abuse of other species.

The great abolitionist Frederick Douglass is one of my personal heroes; one cannot imagine the Second American Revolution without him. He fought not just for American Blacks before and after the Civil War, including for Haitians and others, but was also an inspiration for many freedom struggles. Yet even he had lapses, saying that Blacks had achieved “the character of a civilized man,” and Native Americans had not. The Indian, said Douglass, is “too stiff to bend” and “looks upon your cities…with aversion.” The Indian retreats before modernity while the black man rejoices in modernity, Douglass believed (David W Blight, 2018: 486.). These days we might well debate who had the better judgment on urban centers, but I will not be so foolish as to stop seeking inspiration in Douglass, especially given how wimpy many activists are today. Nor should conservationists abandon Muir‘s vision or those of other historic conservation leaders who argued on behalf of other species or wilderness. Life is not just about people—we are only one species among many millions.

—Wilderness has long been criticized as a North American or white invention and therefore problematic. (See Guha 1989 and Johns response 1990.) The term ‘wilderness’ comes from ancient Gothonic “self-willed” land or beast (Vest 1985), recognition from millennia ago that not everything has always been under human domination, despite “humanist” hubris. The modern notion of wilderness recognizes that areas must be off limits to human habitation if other species and places are to thrive. There’s no question that some human groups are more destructive than others; but the human record as a whole is not good. As noted above, humans have been causing extinctions since we left Africa, even as hunters and gathers. Wide ranging, slow moving and slowly reproducing animals can be especially vulnerable. Science is now telling us that the biological health of the planet and of all its species require at least half the planet be free of human exploitation (Noss 1992; Wilson 2016).

—Decades ago Jane Goodall was criticized by stuffy scientists fearful of emotional connection with what they studied. Now she is recognized for reconnecting many with the wild, if not first-hand, then at a distance. One might wish her more politically effective, but she has made a huge difference for the better in terms of humans recognizing wild Earth as their common home, not a rearranged, controlled landscape.

Being an asteroid is not the great purpose of our species. If we avert our wrecking of the Earth, and perhaps even save our pathetic selves, it won’t be because of philosopher-kings, technology, or reasonable people; it will be because the poets help us hear and feel the life around us again. It will be because we grow up a bit. Even scientists can at best only tell us how the world works—and all cultures have science. We would do well to heed Robinson Jeffers (1948): 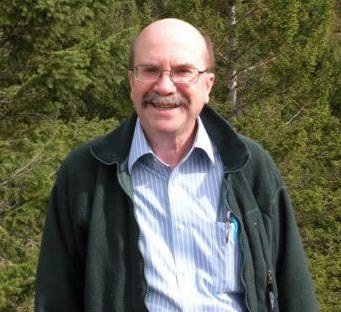 Thank you for this! Following my instincts and developing spirituality, I’ve just returned to vegetarianism and am bordering on vegan again after years of eating meat. I appreciate the scope and depth of this exploration of human dominance of the biosphere. To me, everything comes down to protecting the earth and its inhabitants and as Jane Goodall did, increasing human awareness that there is no “other.” When we harm an animal, human or otherwise, we harm ourselves as well. Death is inevitable and each of us is entitled to live, but taking life when necessary must be done in a sacred manner. Plants have feelings, too!