By Rewilding on August 19th, 2019 in Actions & Bulletins, Featured 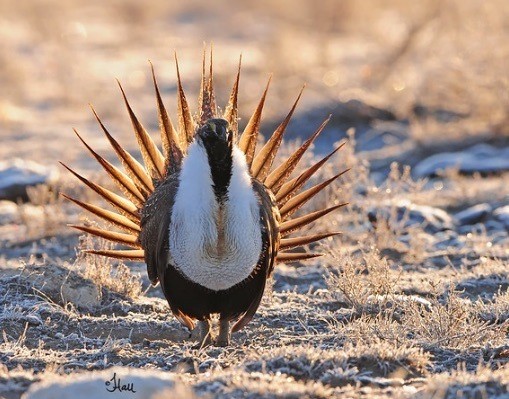 This blog was originally posted on the Endangered Species Coalition website. 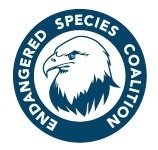 The Trump Administration, and the former Secretary of the Department of Interior, Ryan Zinke, are corrupt, riddled with conflicts-of-interest and under multiple-investigations. This Administration has just published final Endangered Species Act regulations. The regulations will undermine protections for our most imperiled wildlife. They will weaken biodiversity for decades and may drive species to extinction.

Yes – Zinke was fired in late December. But his replacement, David Bernhardt is no better than Zinke. In fact, Bernhardt led the crafting of these damaging regulations. And as a lobbyist, worked for dozens of  companies that will benefit from weakening the Endangered Species Act.

These regulations have become final despite the overwhelming opposition of American citizens–more than 866,000 submitted comments opposing these changes. In 2017, more than 420 conservation organizations signed a letter to Congress opposing any weakening of the Endangered Species Act.

The Act has a 99 percent success rate–saving plants and animals from extinction. And it protects the last remaining wild places. Species such as bald eagles, American alligator, humpback whale, Santa Cruz island fox, Tennessee purple coneflower and many more have recovered thanks to the Act. Hundreds more species have seen an incredible resurgence including the grey wolf, Grizzly bear, black-footed ferret, and Whooping crane. In passing the Act, Congress found that, “these species of fish, wildlife, and plants are of esthetic, ecological, educational, historical, recreational, and scientific value to the nation and its people.” Apparently the Zinke-Bernhardt Interior Department, and their corporate smash and grab friends, feel differently.

Specifically, these regulations will bias listing decisions with unreliable economic analyses; make it much more difficult to protect species impacted by climate change; make it more difficult to list a new species and easier to remove those now on the list; make it harder to designate and protect critical habitat for threatened and endangered wildlife; reduce protections for threatened species; reduce voluntary conservation incentives and weaken the consultation process.

The regulations will have real-world negative impacts for the country’s most imperiled plants and wildlife, such as the monarch butterfly, sea turtles, manatees, wolverines, and hundreds more. Some of these species were profiled in a recent report by several conservation groups, led by the Endangered Species Coalition–Extinction Plan: Ten Species Imperiled by the Trump Administration.

Why? With so many crises in America to address, why did the Trump Administration decide to harm imperiled wildlife? The Act is successful and a decade of polling has consistently shown that the American public strongly supports the Endangered Species Act–90 percent in the most recent poll. Why make it a priority to gut a successful and popular law? Because corporate industry wants it weakened and they make enormous donations to political campaigns.

We at the Endangered Species Coalition, and our members and activists, are infuriated.

What can we do now?  These regulations will be final in 30 days.

Congress can hold oversight hearings, posing hard questions to the Agency staff and scientists. They can enact new legislation or impose funding restrictions–if they have the votes. We must demand our congressional representatives hold hearings and perform oversight. We must inform the public about what has happened, and how it will hurt plants and wildlife.

Most importantly, we must elect candidates in 2020 that respect nature, understand the need for biodiversity and have the intelligence to comprehend that what we do to our environment we do to ourselves. Elections matter to wildlife, too.

In light of the recent Intergovernmental Science-Policy Platform on Biodiversity and Ecosystem Services (IPBES), assessment that we are in a biodiversity crisis and risk losing a million species over the next few decades, this is not the time to weaken the Endangered Species Act.

Please consider contacting your local newspapers and elected officials and tell them about this travesty.

This is horrific & unimaginable. How can any human consider allowing a million species go the way of the dodo bird simply to gain a dollar?

This has to be stopped.