Editors’ Note: You may recall seeing some job postings in Rewilding Earth as we searched for a Big River Connectivity Science and Conservation Manager & Coexistence Coordinator for our shared work with Project Coyote to advance the Big River Connectivity mission within and across the Mississippi River Watershed. We are happy to report that both of these positions have been filled, and here our new BRC Coexistence Coordinator Kelly Borgmann will introduce herself to you below! (Our new shared BRC Science and Conservation Manager, Francisco J. Santiago-Avila, PhD, we will introduce to you later.) Also, we are in the process of hiring a Carnivore Conservation Advocate who will be responsible for providing programmatic and campaign support to The Rewilding Institute and Project Coyote core national efforts and leading campaign initiatives with a particular focus on activities that support the shared mission and goals of both organizations. Keep an eye out for an update on this as well. 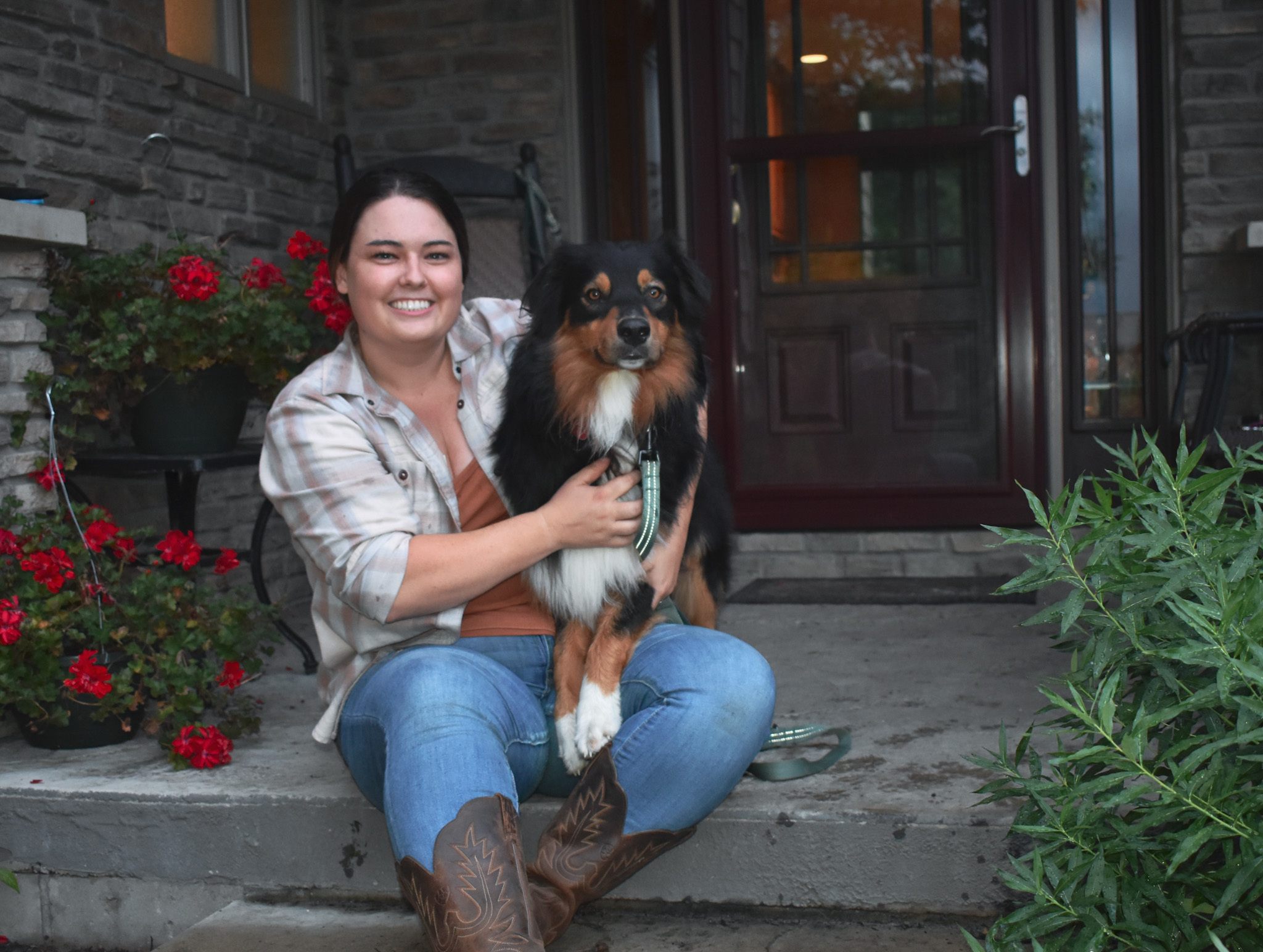 Journey into the Field of Conservation: Where I Come From

Like many of my colleagues, I fell in love with nature early in life. As a young girl, I was privileged enough to have parents who love being in nature. They took me to zoos and parks, read me Ranger Rick stories, and showed me the peace found in a forest. Instead of dolls I played with and collected wild animal figures.

They also taught me about community. Both my parents worked full-time jobs as early career professionals, and since I was their first kid, I went to a lot of boring adult events. Cute toddler Kelly was a big hit among the older crowds, and so I grew up learning how to talk to many different people, with various backgrounds and experiences.

As I grew older, my love and respect for nature grew. A fearless talker, I shared my passion for nature and animals with anyone who would listen. I even did my seventh-grade English project on the case for banning drilling in the Arctic National Wildlife Refuge. My favorite video game was building virtual wildlife parks. It should have been obvious then that I would go on to have a career in conservation. However, growing up in a small, rural community, I hadn’t yet realized that you could get paid to do the things I loved.

Several years of 4-H, Future Farmers of America, and outdoor sports later, I found myself sitting in a classroom at Purdue University. While I started in pre-veterinary sciences, the first time I was introduced to the world of wildlife biology I was sold. From there I would go on to change my major, change my school, and change my career path. The advisors warned me that it was almost impossible to build a long career and that I would have to go to grad school for jobs that wouldn’t pay a whole lot. I forged ahead anyway.

Thankfully, I was able to show my family and friends that I was serious, and their support allowed me to pursue my dreams. Over a decade later I am still excited to identify wildlife, restore habitats, and defend protected areas everywhere. I have been fortunate to work in South Africa tracking elephants, rhinos, lions, and cheetahs. I’ve spent time researching manatees in Crystal River Florida and working in Montana as a cowgirl and National Park Ranger. After all this, I went back to school to learn and develop skills in conservation policy. 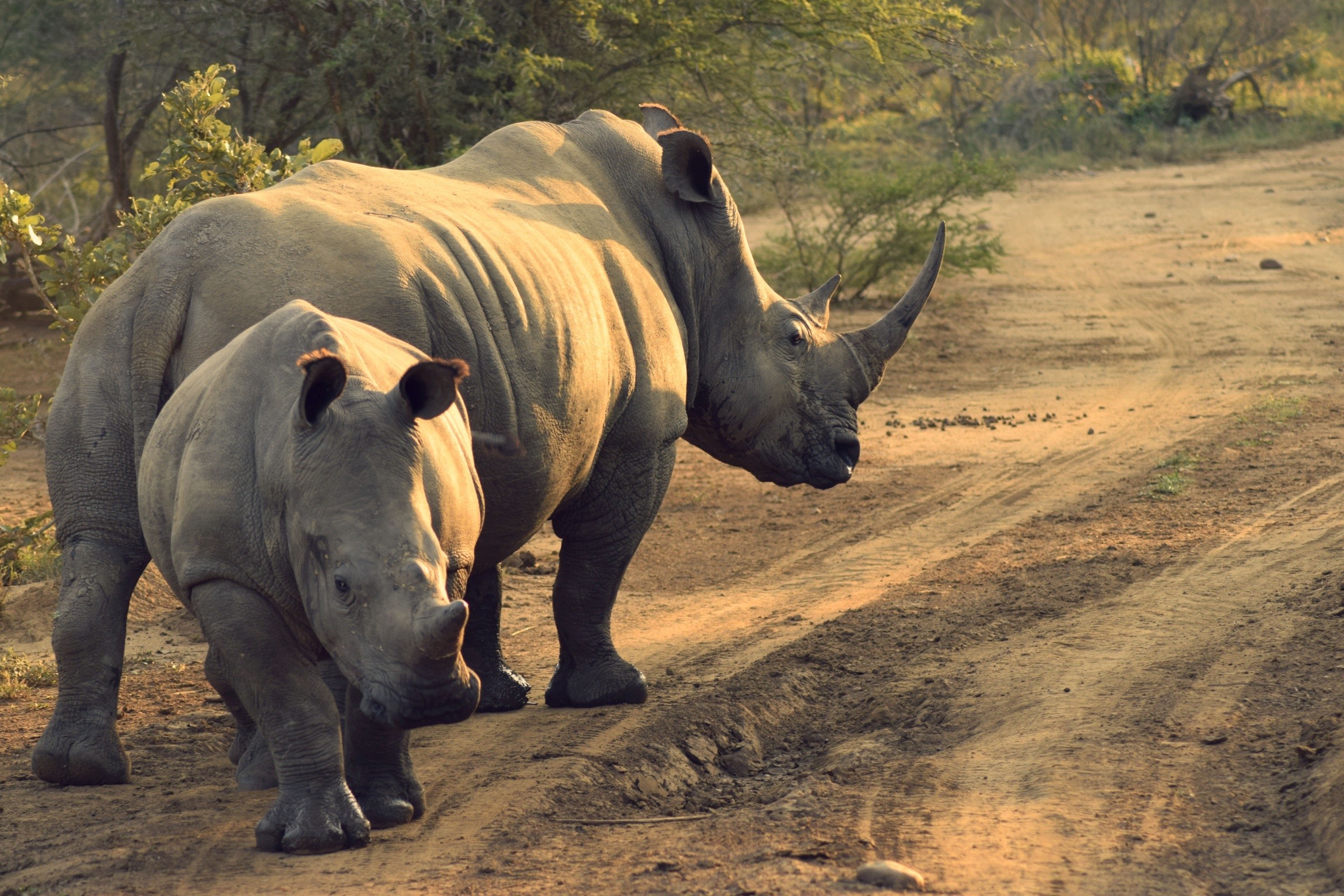 Where We’re Going Together

One of the greatest conservation stories of the last 10 years is that of the Yellowstone wolves. Wolves, a top predator on the western landscape, were completely removed from Yellowstone National Park back in the early 20th century. Over time, the once-green and thriving park became overrun with deer and elk that stripped the leaves off the plants and trampled delicate grasses. Then in 1995, the park reintroduced wolves.

The wolves hunted the deer and elk, causing them to move around the park. This allowed plants to regrow, which provided food and shelter for more wildlife. Beavers came back to dam streams and rivers, creating even more habitats for small mammals and songbirds. Eventually, the park was once again healthy and diverse. 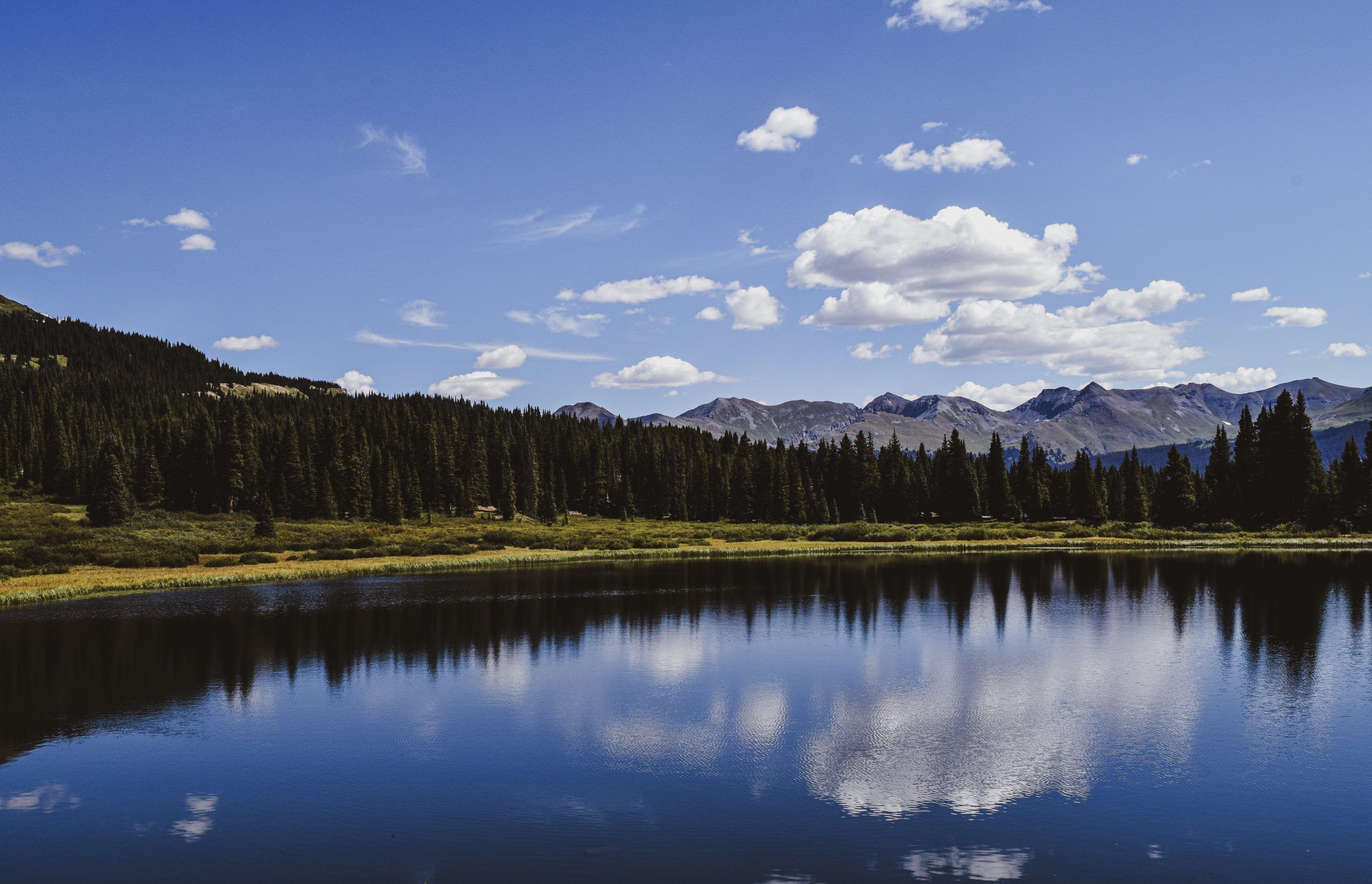 This story demonstrates the importance of having large carnivores on the landscape. During those decades the wolves were missing, people still thought of Yellowstone National Park as one of America’s great wildernesses, but it wasn’t until the wolves were brought back that the park could rewild itself and heal.

While my work across the Midwest probably won’t include reintroducing wolves to an area like Yellowstone, it will include work around rewilding and protecting carnivores. Stories like Yellowstone come out of years of hard work and strong scientific research, but this work may be hard for many to interpret. A large part of my job is to take that work and translate it into forms that engage policymakers, educators, media representatives, and the public.

To accomplish this, I will work to move people’s hearts and open their minds. No two individuals learn the same way, and no two people will feel or respond to an issue the same way. However, as a group, humanity has some core universal themes.

Change, relationships, community, power, and conflict are all concepts each of us can define, no matter our background or experience. Our individual meanings for those concepts may differ but overall will be similar. As an interpreter of science, my goal is to take technical information and convey it in a language that different audiences can understand. 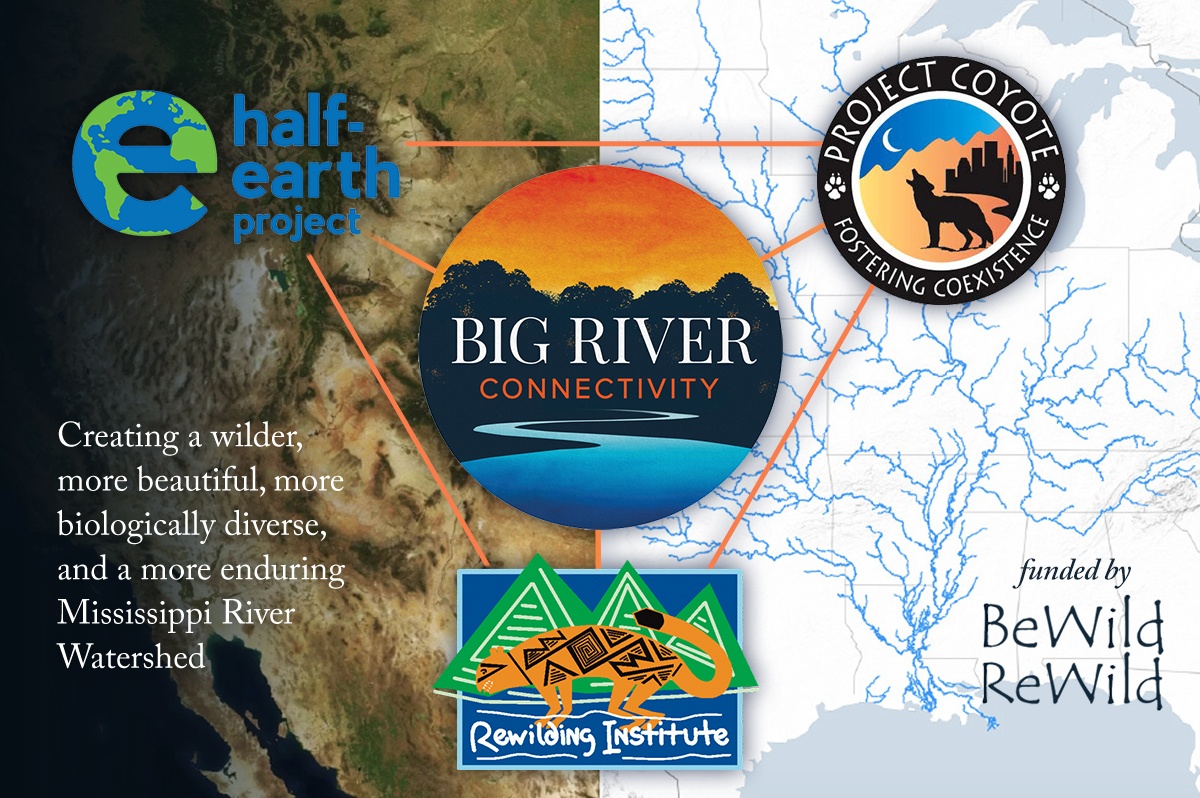 Interpreting and redefining can sometimes be as simple as using less professional language, but not everyone is a verbal learner. To be inclusive and reach more people I often must think further on my message, audience, and goals. The best tools and spaces are those that allow people to read, watch, listen, and interact with the concepts and ideas on which I want them to think. Effective outreach takes time and resources, but it is invaluable when trying to change hearts and minds for wildlife conservation.

See Heartland Rewilding: Big River Connectivity for more information on the work Kelly is part of in the Mississippi River Watershed. 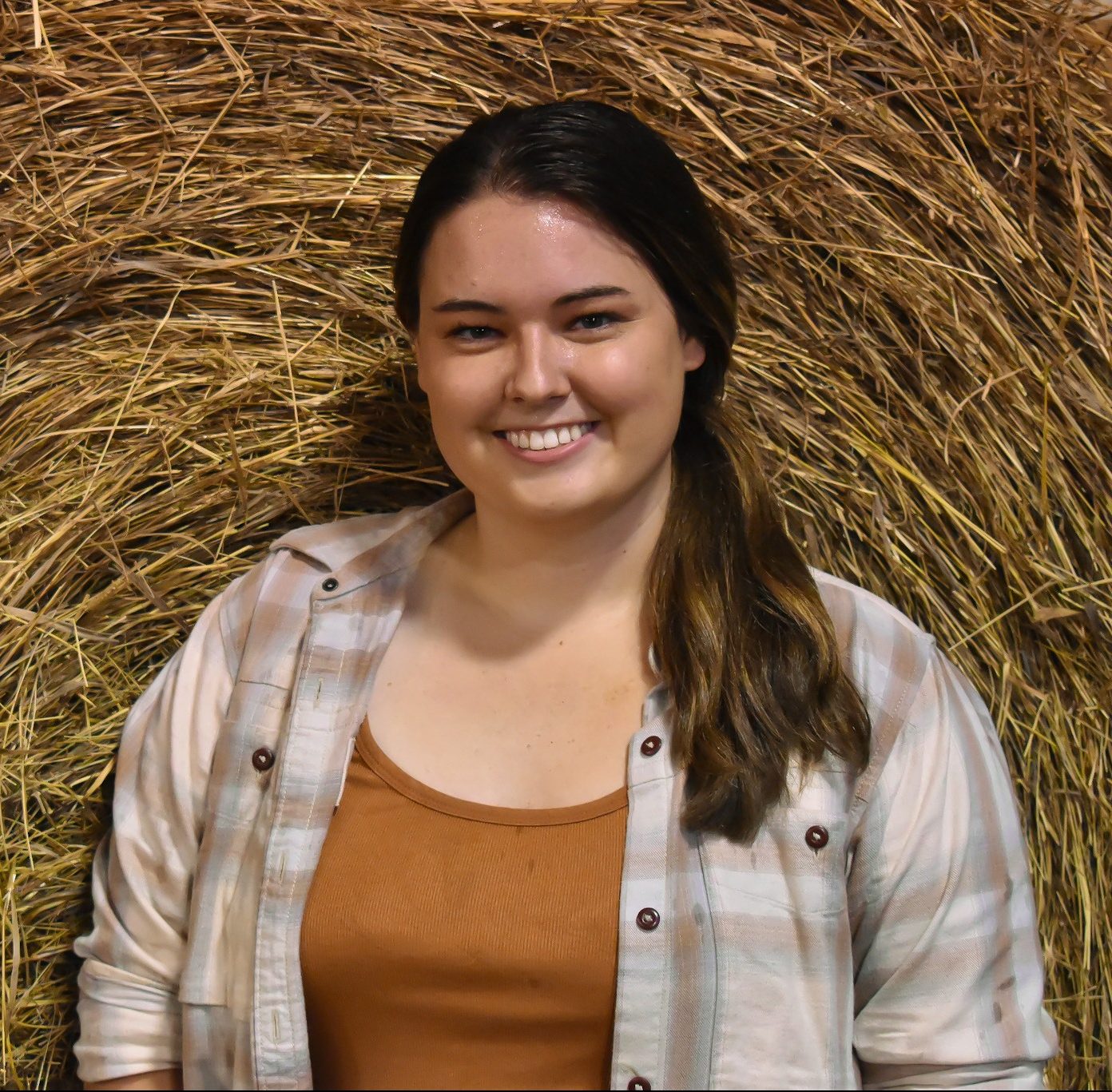 Kelly Borgmann grew up on a historic farm in rural east-central Indiana. Spending her days playing in the woods and taking care of the land gave her a deep appreciation of nature, while participating in 4-H and FFA taught her how to be a productive member of rural and agricultural communities.

Following her passion for wild nature, Kelly earned an undergraduate degree in Wildlife Biology from Ball State University. She then spent the next several years travelling and learning about human connections to nature in myriad contexts. She has spent time working as a field guide in South Africa, a human-manatee interactions researcher for the U.S. Fish and Wildlife Service in Florida, a National Park Service cowgirl in Montana, and a conservation educator in Ohio. Through all these adventures she maintained and grew her love of coexistence and connecting people to nature.

Deciding to deepen her knowledge of human-nature interactions, Kelly entered a dual degree program to obtain a Masters of Public Affairs and a Masters of Science in Environmental Science from the School of Public and Environmental Affairs at Indiana University. Her focus has been on reducing conflict at the rural-wildland interface and building proactive coexistence programs. In her role as Big River Connectivity Coexistence Coordinator, Kelly promotes compassionate coexistence and rewilding landscapes across the Midwest.

When not working to create a better world for all life, Kelly can be found hiking with her dog, reading a good book, or exploring the world through art and photography.