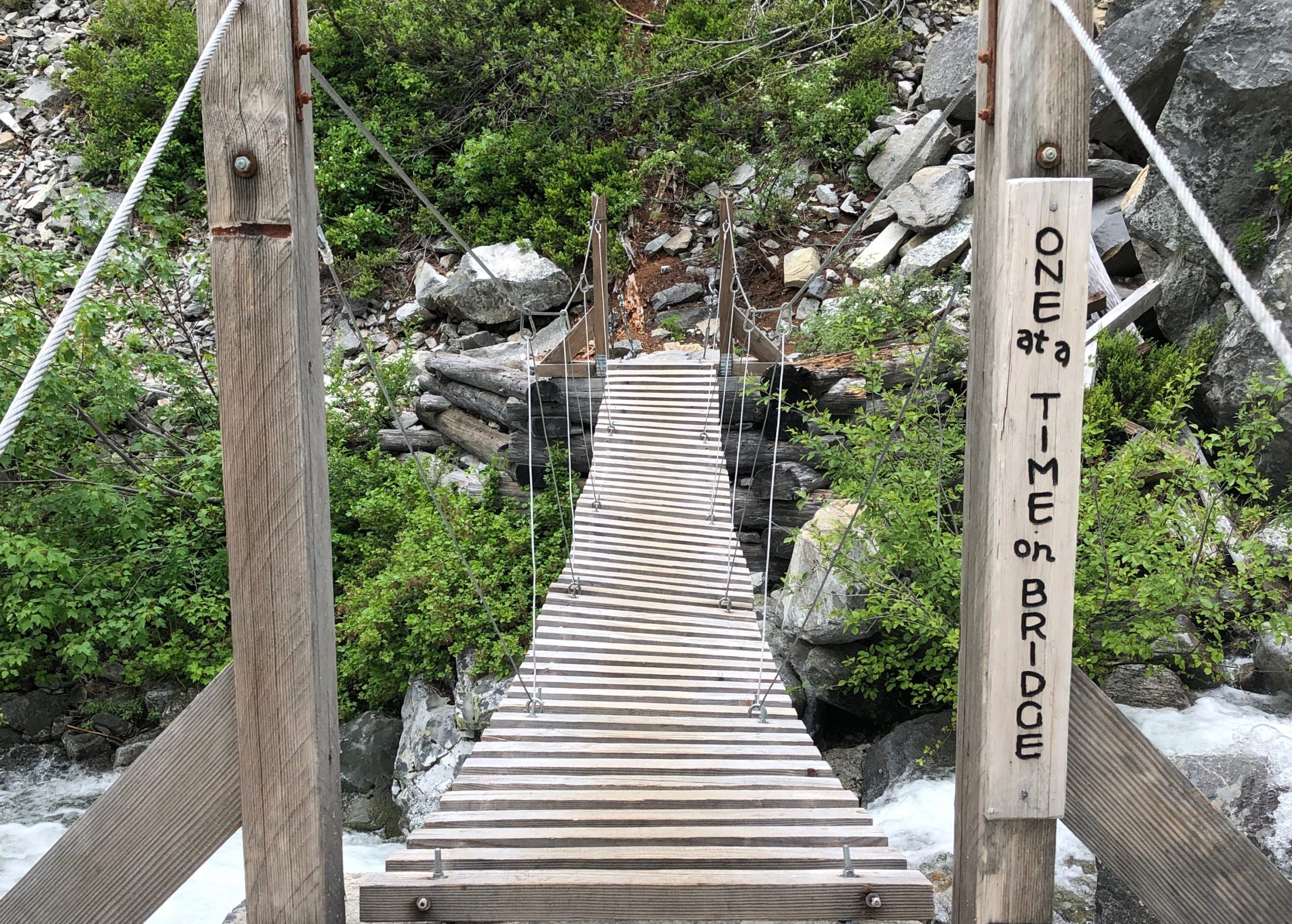 Nine knee-jarring miles from the North Cascades Highway, I try to picture a scenario that doesn’t end in disaster. “ONE at a TIME on BRIDGE,” reads the foreboding sign. Although the letters are neatly carved, their subtext is much messier. You don’t want to lose everyone in your party.

I size up the span to the other side. The crossing is about as wide as a Seattle street, but we’re a very long way from the tameness of the city. The bridge has no guardrails—only shoulder-height cables to guide wobbly hikers. Twelve feet below, a relentless rush of rapids thunders through bone-breaking boulders. Most alarming of all, the narrow slats are too far apart for our husky mix, Alder, whose paws are sure to slip through the spaces between.

Maybe Robert can strap Alder to his chest like he’s carrying a baby, leaving hands free to grip the cables while they traverse the raging creek. But what if Alder spooks in the middle and tosses them both over the edge? I’ll be standing here helpless while a tumble of arms, legs, and tail brings my family trio to an end. I’ll also see my research partner of twenty years disappear into the froth.

We’ve just launched our field season monitoring wolverines—secretive, solitary carnivores who are clawing their way back to Washington after being killed off by people a century ago. I’ve sighted a single wolverine in our countless trips through the high country, a glimpse of sinuous grace on an avalanche slope. Today, we’re headed to a motion-triggered camera deployed by colleagues last fall; cameras are the hidden eyes of science when animals have the winter forest to themselves. If we turn around now, we might miss rare photos of rewilding in action. 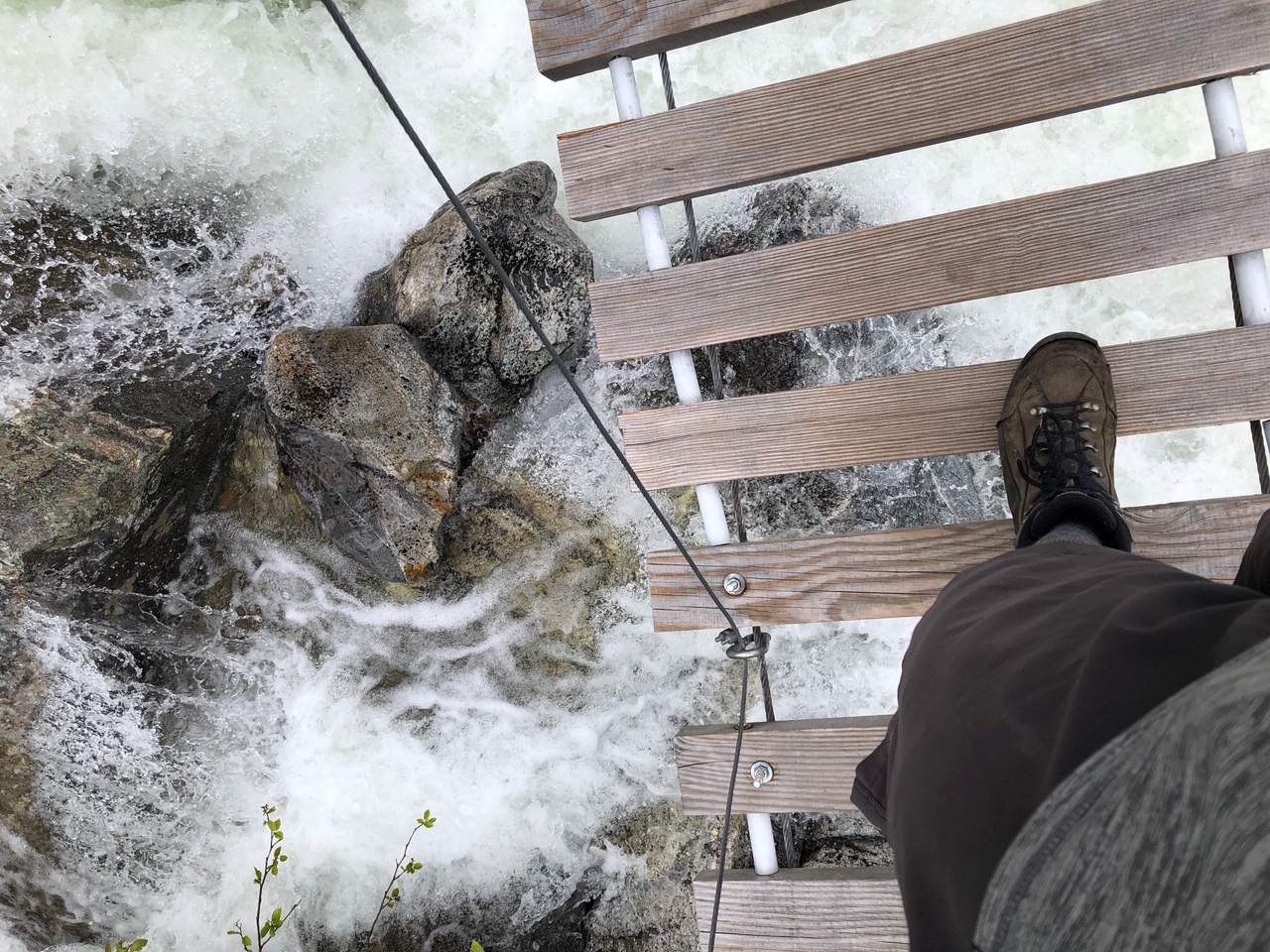 My best friend’s poised next to me on the rocks, I’m caught in a three-way tug between anxiety, love, and looming loss. Like clockwork, the dark memory lights up in my monkey mind. Bathroom door shut tight, my mother unbuttons her blouse to expose the raw, pink tissue where her left breast had been. I’ve hounded her to show me—I’m a ten-year-old tomboy, after all, so cuts and bruises are a matter of great pride. But the wound on my mother’s chest fills me with dread. Some sinister force has consumed her flesh, and neither she nor I will ever be safe again.

“What if I clip into the cable with a carabiner and rope?” my husband asks, eager as always for a physical challenge. He holds up the cord we brought along to hang food.

Alder shifts nervously between us, rump resting on my boot. “Even if that catches you,” I reply, “your weight will tip the bridge while you’re dangling in the air. I’ll have no way to save you without falling myself.”

Robert’s sun-damaged lips soften as he restuffs his pack. I know he’ll acquiesce—he hates to trigger my worries—but I want him to embrace our decision as mutual so I don’t feel like I’m the quitter. Nobody likes a quitter, my mother used to say.

“Take off your sunglasses, look me in the eyes, and tell me what you’d do if it were up to you,” I plead.

Robert plucks the frames from his face to reveal his orbs of blue ice. “If it were me,” he answers slowly, “I might take the risk.” His unspoken words hang like heavy mist in the alpine air. “But I’m not the one who would have to call in the helicopter.”

Helicopter. The word kicks up images I don’t want to reinhabit: ambulance, hospital, the unspeakable void. Yes, the worst possible scenario can happen; if I learned anything as a child, it’s that worrying is not a superpower. But unlike that scared little girl, I can make empowering choices—because my terminally-ill mother taught me how to be a survivor. And sometimes that means knowing when to surrender. 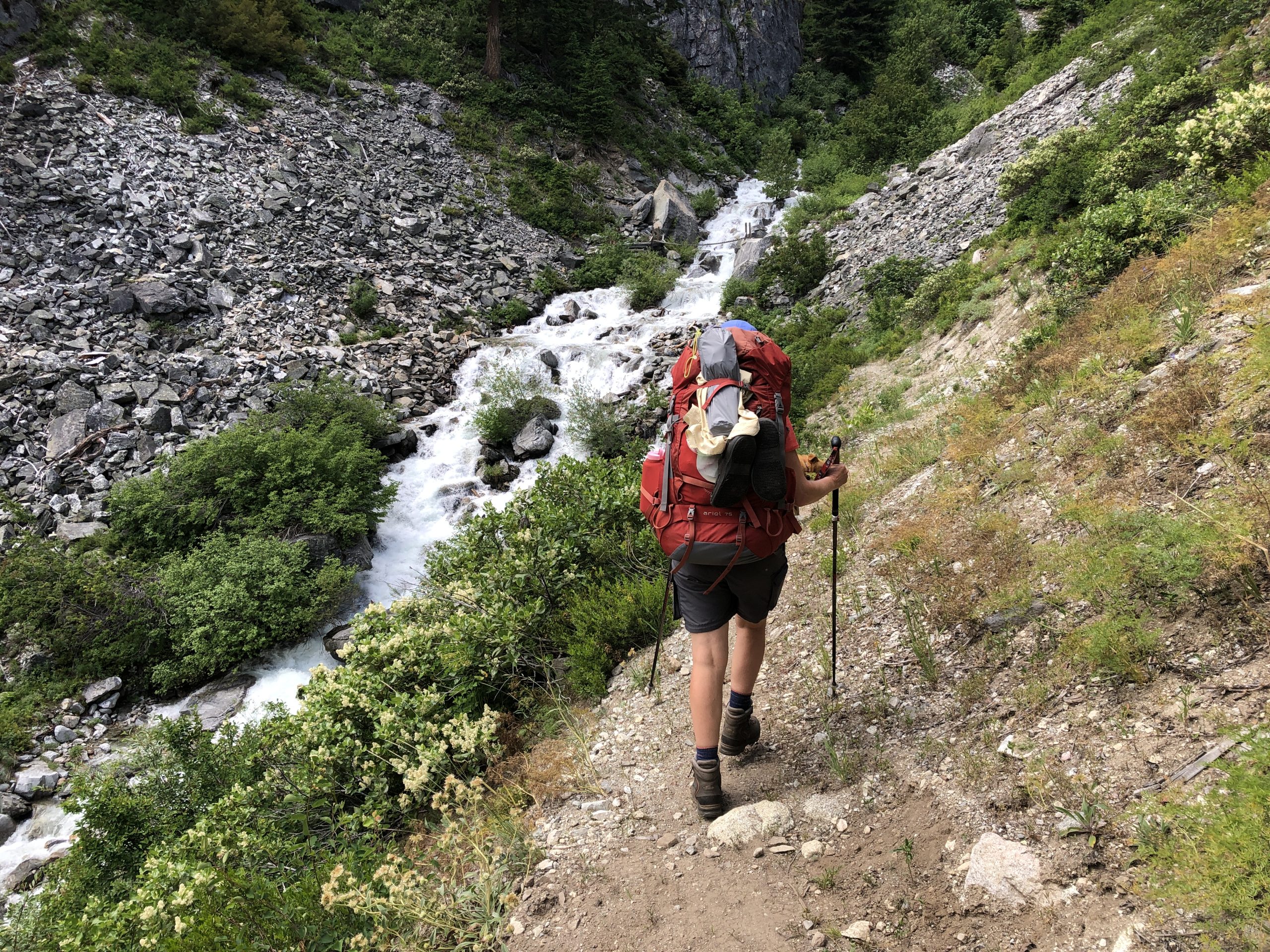 We step away from the bridge and haul five days’ worth of meals and gear all the way back to our car. In the midnight blackness, the highway belongs to the wild. Mule deer shine in our headlights. A mountain goat wanders the shoulder like a ghost. 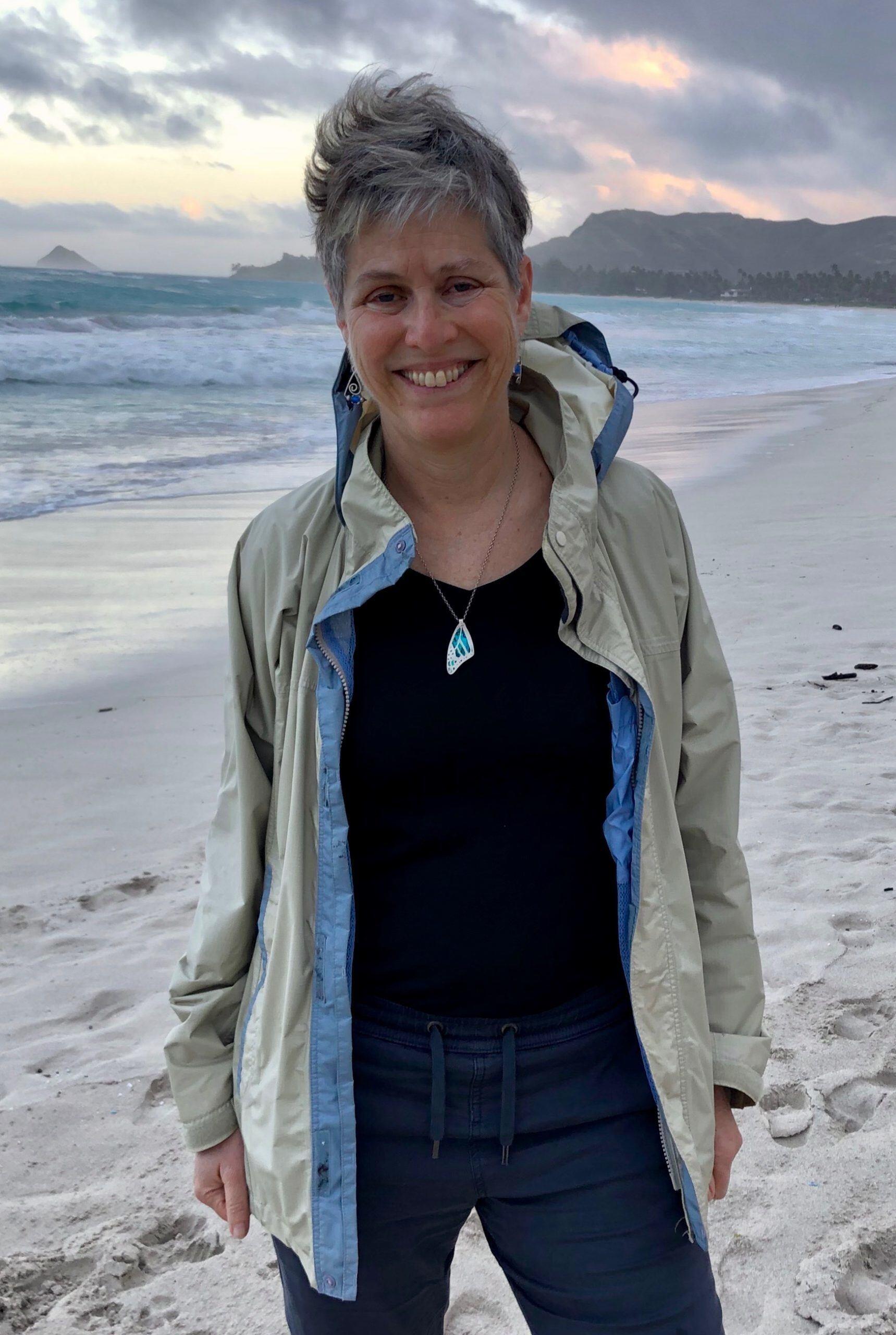