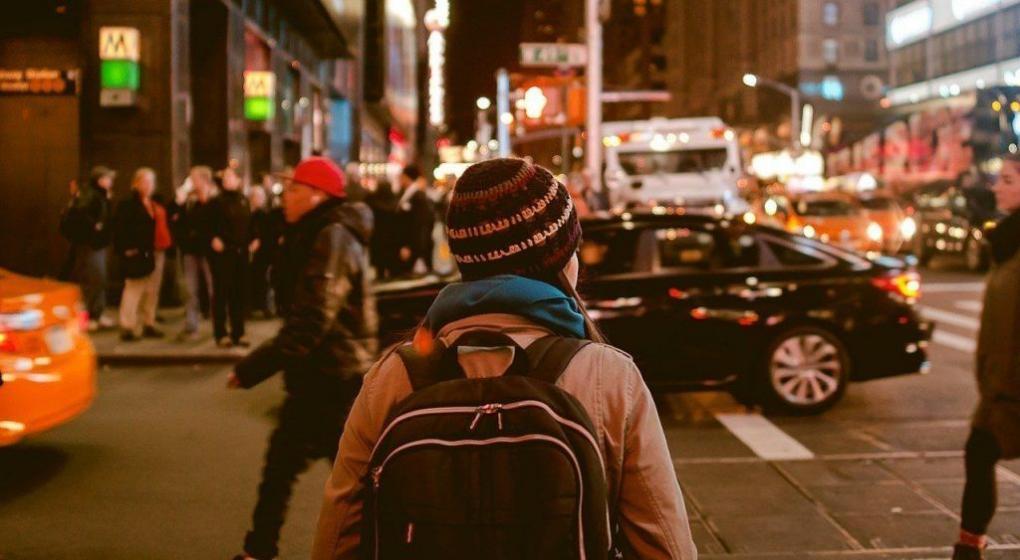 Man Swarm: How Overpopulation is Killing the Wild World

We have come on like a swarm of locusts.

Now at over seven billion and counting, renowned visionary conservationist and global thinker Dave Foreman helps us understand that only by stabilizing and reducing human population can we stop wrecking our home – Earth.

Read Man Swarm, and you will know the truths about overpopulation and population growth. In this book, Dave Foreman:

The first edition, Man Swarm and the Killing of Wildlife reached the conservationist community; in this new and updated edition, Man Swarm: How Overpopulation is Killing the Wild World, Dave Foreman and editor Laura Carroll expand the readership, from those in their reproductive years to educators, governors, Congresspersons, and even world leaders.

Are you a lover of the Earth’s natural world? Man Swarm shows why you need to be very concerned about overpopulation, gives you tangible ways to be part of the solution, and will inspire you to take action.

If we can solve overpopulation — and we can — it will be a great victory for all of humanity and the Earth!

Order your signed copy below

“Dave Foreman pulls no punches and serves up a heaping helping of history, science and bold truth.”

“In the face of the 6th great mass extinction, Man Swarmis a loud cry for help by the silent suffering wildlife as our growing population, with its inevitable consumption, drives them off the face of the earth. Man Swarm gives them a voice so that we can change before it is too late for them… and for us.”

“I love this book. It does not shy away from any of the issues that people find incendiary about discussing human overpopulation, like immigration and one child policies. This book proves it is neither difficult nor offensive to talk about lowering the number of people on the planet. Simply and without equivocation, Dave Foreman writes from the heart about the most important thing we can do to save the wild, and ourselves – stop the man swarm.” – Alexandra Paul, actor and population activist

What Readers are Saying

“This is a timely, erudite book. It pulls together much of the key evidence to support the contention that homo sapiens is rendering many other species extinct through over-population and related development. This is both unethical and unfair. Anyone who cares about this deepest of problems for the planet should read this book. It is well-written, substantive and mostly avoids the polemics associated with many who feel the same way. Plus, the book is short!”

“A highly informative book about the effects of overpopulation on our environment, land and wild life. It is so well written and impacting that I promise you will immediately be drawn in by this page turner. Man Swarm takes on many controversial issues such as family planning, technology, immigration and walks us through the impact of these various issues (and many more) on overpopulation. This book is written from a broad reaching perspective yet is anchored in significant factual evidence all while being managed in a very readable style. It is so important to raise awareness of this critical topic. I think you will feel the same after reading this excellent book.”

“Man Swarm- A story of our future if the world community blindly continues our unsustainable life style. Controversial? Yes! Topical and well written? yes. A necessary read? Yes. Its not just a story of our excesses, but provides policy makers and the everyman with concrete solutions and options at solving our most pressing problem- An unsustainable human population.”

“A story of our future if the world community blindly continues our unsustainable life style. Controversial? Yes! Topical and well written? Yes. A necessary read? Yes. Its not just a story of our excesses, but provides policy makers and the every man with concrete solutions and options at solving our most pressing problem – An unsustainable human population.”

“…a very informative and well-researched book about the very real dangers our planet faces as a result of the population growth explosion. Dave Foreman breaks down the problem as it affects the planet, especially the Earthlings, meaning the wildlife and the living things on Earth, along with the humans. It is clear that overpopulation affects the entire planet, from our air, to our water, to our economy. A vitally important book that should be read by the masses. Now.”

“Mr. Foreman offers a cohesive and coherent look into the global crisis that so many are willing to just ignore, and puts a lot of things into perspective…should be recommended reading on every college and high school campus.”

“The fact that they estimate the world population to be close to 11.9 billion by 2050 should be enough for people to take action now. I like that the author includes some ideas at the end that are steps that people can take to start making a difference now. I’m glad I read this and I will try to get others to read it too.”

“Simply put, Earth cannot sustain this burdensome strain, and everything will suffer and eventually collapse as a result. I do feel that overpopulation doesn’t get as much attention as say ‘global warming’ does, and that is at our own peril. An important and informative book that sheds light on a huge crisis that I’d say most people don’t ever realize the true extent of.”

“The author Dave Foreman asks—and takes on—the difficult and uncomfortable questions (immigration, limiting births) that we MUST as a society wake up and address in order to curtail the burgeoning population growth that is threatening to create another extinction. Sounds dramatic, as many people just think that this is the way it is and nothing can be done… or that we’ll just adjust to it somehow, or that the population is actually decreasing. But this book breaks that all down and shows us just what a widespread problem it is, and that we have to take steps to change our thinking and our behavior before it’s too late.”

“…the dire effects and consequences of overpopulation are real, and they are here now, and we are seeing it with pollution, global warming, and loss of wildlife. This is a problem that we cannot ignore, and this book is a must read.”

“I think that Man Swarm: How Overpopulation is Killing the Wild World by Dave Foreman w/ Laura Carroll should be taught in schools…this book shows clearly how overpopulation affects not just some people, but everyone, and it clearly and simply shows exactly how people are harmed, as well as the wild life. There are some controversial topics that people might take issue with, however the author makes very valid points and effectively backs up his research. Enlightening… and impossible to read and forget.”

“This book does an excellent job of dissecting, analyzing, and clearly showing the problems of overpopulation from several angles, and leaves us with some suggestions on what to do before it’s too late. One can only hope that we actually follow some of its advice.”

“…books like this are invaluable in getting the conversation started among people who maybe never gave it too much thought before, and can hopefully start moving some action in the right direction.”

“This book focuses on the growing problem of overpopulation in the United States and around the world, and how U.S. overpopulation affects not only the whole world of people, but also the wild world…The list of endangered species due to overpopulation is heartbreaking, and hopefully this book will help to shine a light on the problem that so dearly needs addressing.”

“This quote, “Growth for the sake of growth is the ideology of the cancer cell” was the one that really hit home the hardest for me in this book that was loaded with mind-boggling facts and anecdotes about the perils of rampant population expansion.”

“I highly recommend it for everyone over the age of fifteen. It has some more complex concepts, but is written in a simple enough manner that a fairly intelligent high-schooler can grasp its concepts.”

“They should make Man Swarm by conservationist Dave Foreman into a movie like they did “An Inconvenient Truth” because it seems to me that people really need to see these facts and charts and graphs about the devastating effects of overpopulation and how it will destroy mankind and wildlife. But hopefully enough people will read the book and fully grasp just what we are doing to ourselves and our planet…this book is very well executed, with a clear premise, great writing, and solid examples and facts to back up his observations and claims. Should be read by college students around the world, in my opinion…anyone who has a stake in the planet that they call home.”