~Watch The Webinar Replay And Submit Your Comments Here~ 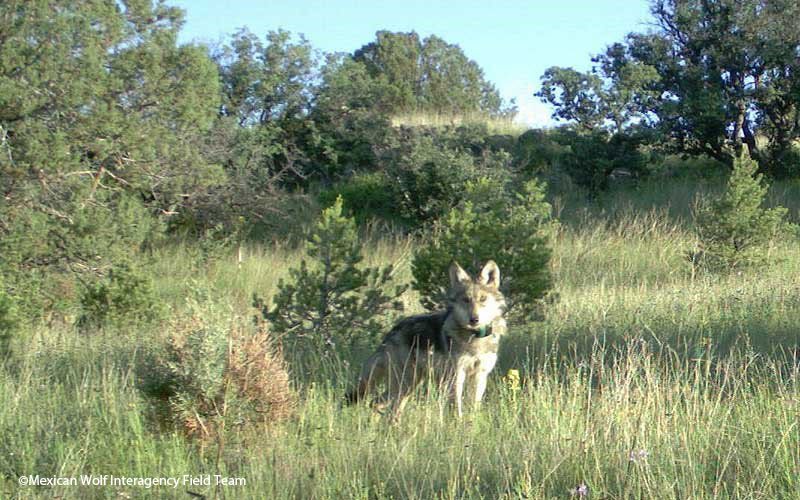 As explained in our recent Notes from the Field, the Mexican gray wolf is the most endangered gray wolf in North America. It is the southernmost subspecies of gray wolf and formerly ranged throughout the U.S. Southwest and northern Mexico. Like other gray wolves in the lower 48 U.S. states, it was persecuted to near extinction by the mid-1900s. In 1976, the Mexican gray wolf was placed on the list of endangered species under the Endangered Species Act.

Several conservation groups filed lawsuits to try to protect the Mexican wolf, and the United States District Court in Arizona ruled in their favor in March 2018, ordering the USFWS to revise the relevant rule and to address the multiple deficiencies identified in the final Court Order by May of 2021.

The Court Order was a huge victory for Lobo advocates and provides what may be the last opportunity for the conservation community to convince the USFWS to make the necessary changes to the rule to ensure the long-term future of our native gray wolf—the Lobo of the Southwest. Project Coyote, in collaboration with The Rewilding Institute, will be addressing the multiple complex issues involved in our comments to the USFWS, and will discuss these issues and more in this free webinar. (More about that, and information about how you can submit comments, here.)

We hope you can join us!