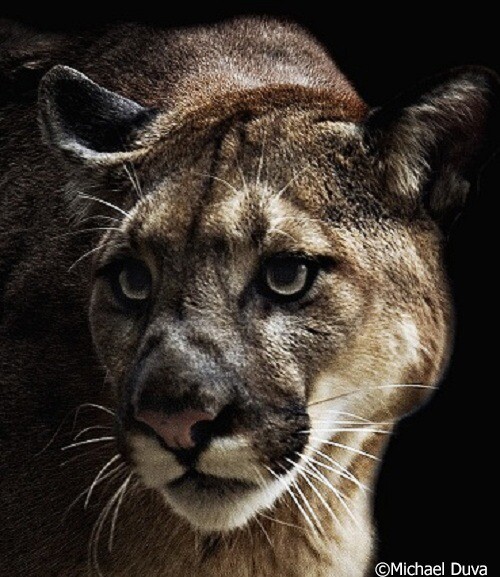 Mother Cougar, Queen of the Screen

Featured Image: When man meets mother mountain lion on the trail, there’s more to the drama than meets the eye © Michael Duva

For a few days this past October, it seemed like everybody in the world stopped to watch those six minutes in hell, when a 26-year-old trail runner, Kyle Burgess, met a mother cougar in a canyon outside Provo, Utah. Burgess had come upon what he first believed were bobcat kittens gamboling in the trail, and started recording with his cellphone. Seconds later he realized his mistake when the kittens’ mother—a grown cougar—emerged from the brush and came trotting after him. Thus began those six eternal minutes of frantic backpedaling, which by Burgess’s own bewildered accounting had within the week been viewed by hundreds of millions across the global media landscape.

It was riveting theater: Man versus mountain lion, evoking that most primal human fear of being dispatched tooth and nail by a powerful beast. We saw that beast in the cougar’s relentless, eye-locking approach on Burgess. We heard that giddy fear in Burgess’s breathless monologue, as the cat charged and lunged, fangs bared, meat-hook paws mauling the air.

Burgess’s comportment—his huffing and hollering, his tough-guy façade covering his obedient retreat—was given high grades by cougar experts. He handled his once-in-many-lifetimes cougar encounter with textbook protocol. He would within days parlay his harrowing encounter into pop-stardom, pinging nonstop between TV, radio, national dailies, and podcasts from as far away as Australia. But all kudos to Burgess aside, let’s not forget his movie’s main draw.

The indisputable star of this drama was the mother cougar who backed Burgess up that Wasatch canyon. We spectators and Burgess were of course wrong about her seeming intent on doing him harm. Yet her act was so viscerally convincing, so Oscar worthy. Even those of us who correctly recognized those explosive charges as mere bluffs, could not squelch that voice in our gut screaming of imminent mayhem.

Which was precisely her intended effect. Because hers was a far more noble cause than making meat of Kyle Burgess.

By the time we finally exhale to see our lion hightailing it back down the trail behind a well-aimed rock, we have all but forgotten her reasons for engaging in the first place. She is heading back to her kittens. And to a life far more perilous on any given day than the one Burgess will now remember for the rest of his life.

Over the coming year or two, if all goes well, she will somehow shepherd her kittens through a landscape prowled by humans armed with rifles and hunting hounds. She will steer them away from, and maybe even fight to the death, those roving tom cougars who not infrequently kill their rivals’ kittens. She will escort those kittens safely across the highways and housing developments sprouting in her path. And against this ever-menacing backdrop, she alone will keep the family sheltered and fed through the snowy Wasatch winter, by taking down deer or elk wielding lethal hooves and outweighing her by as much as sevenfold. Hers is an epic performance whose six minutes spent escorting Burgess away from her babies only begin to describe.

Spirit of the Wild

There is every practical reason to applaud and wish that mother cougar well. Predator scientists over the last fifty years have amassed a burgeoning body of evidence on their subjects’ unparalleled powers over the web of life—their disappearances triggering outbreaks of pest and plague, their homecomings restoring forests, repairing rivers, saving human lives. (Some of the latter are those of us who’ve been spared from joining the two hundred Americans who are killed every year in vehicular run-ins with deer.) We dismiss our great predators at our own peril.

But practicalities had little to do with those many millions of eyes riveted to that mother cougar. I would like to think we felt a certain sympathy with Burgess’s humbling retreat, a kinship with the cougar’s motherly resolve and gracious restraint.

Those six minutes take us back, to when our ancestors walked naked among lions. They painted elegant murals of them on cave walls, their artwork steeped in reverence and awe. They worshipped those creatures whose roars and charges inspired humanity’s worst moments of terror, but also our finest moments of courage. For those heroic forebears of ours, to have lived a life devoid of such moments would have described a certain hell on earth. And for some of us, it still does. 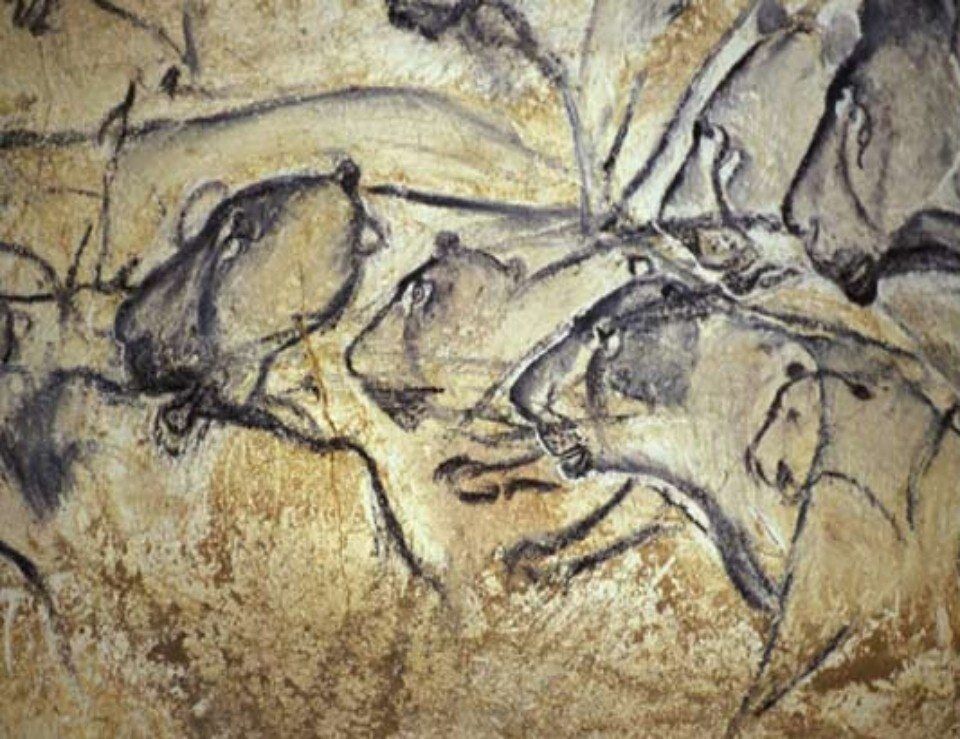 “If the big carnivorous creatures did not exist, the world would be an emotionally and esthetically impoverished world,” wrote the late Stephen Kellert, a former social ecologist from Yale. “Stripped of their menace, powerful creatures and landscapes become little more than objects of amusement and condescension.”

So Kyle Burgess says yes, he will run the canyon again. “You fall, you get back up.”

As for mother cougar, odds are that she will never again let Burgess catch her and her clutch unawares in their wanderings. But she will nonetheless loom large, if only in mind, behind every shadowy bush and bend in the trail, silently broadcasting her soul-stirring presence over what was once just a canyon.

For news and views and updates on America’s lions and how you can help them, check these out:

This essay originally appeared on Will Stolzenburg’s blog on October 30, 2020. 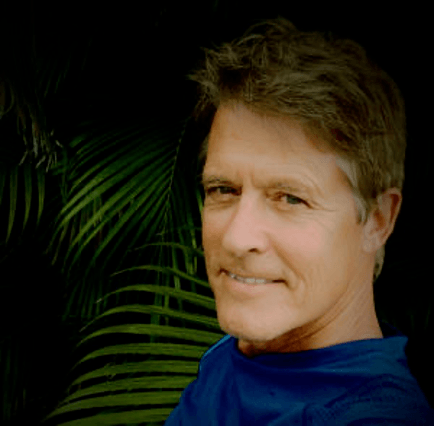 I write about animals, for three reasons: Because I find them wondrous, and good for the soul. Because it haunts me to know how badly we treat so many of them. And because they deserve every voice, every compassionate ally we can muster on their behalf.

For much of my career, I’ve covered the science of wildlife conservation, gravitating towards a particularly maligned tribe of animal called predators. The fang-and-claw fascination inevitably led me to a cadre of rabble-rousing scientists who were turning the tenets of ecology on its head, uncovering the critical roles of Earth’s topmost predators in enriching the web of life. Hence my first book Where the Wild Things Were, which Barnes & Noble chose as one of its “Discover Great New Writers” selections. Then followed an Alicia Patterson Journalism Fellowship and The Wild Things’ twisted sequel, Rat Island, a true tale of alien predators running amok on oceanic islands, and the bloody campaign to defeat them. The third in this unplanned predator trilogy was Heart of a Lion, following in the footsteps of one heroic young mountain lion who walked his way across America, thousands of miles through enemy lines, from the Black Hills of South Dakota to the outskirts of Manhattan.

And then, there’s the dog. In 2012 I ran across a horrifically wounded pit bull puppy, whose unspeakable suffering and miraculous recovery sent me searching for answers down many a dark alley of cruelty and yellow brick road of compassion. My attempt to distill the whole of that journey into five hundred words is the book called Towpath’s Tail.

Besides the writer, I’m also an incurable desert rat who dances with lizards, a dirtbag telemark skier still stuck in the 90’s, and a minimalist runner who comically logs his miles in sandals. Having lived in at least fifteen states and uncounted addresses, my current home du jour is the sub-tropical environs of southwest Florida, incongruous land of snowbirds and bald eagles, golf courses and gators. My house is shared with six feral cats long ago plucked off the streets, my partner for life and fellow professional bleeding heart, Kathy, and the aforementioned Towpath, who was once burned and left for dead but is now the light of our lives.