Must Environmental Leaders Conform? Or Dare We Actually Lead? 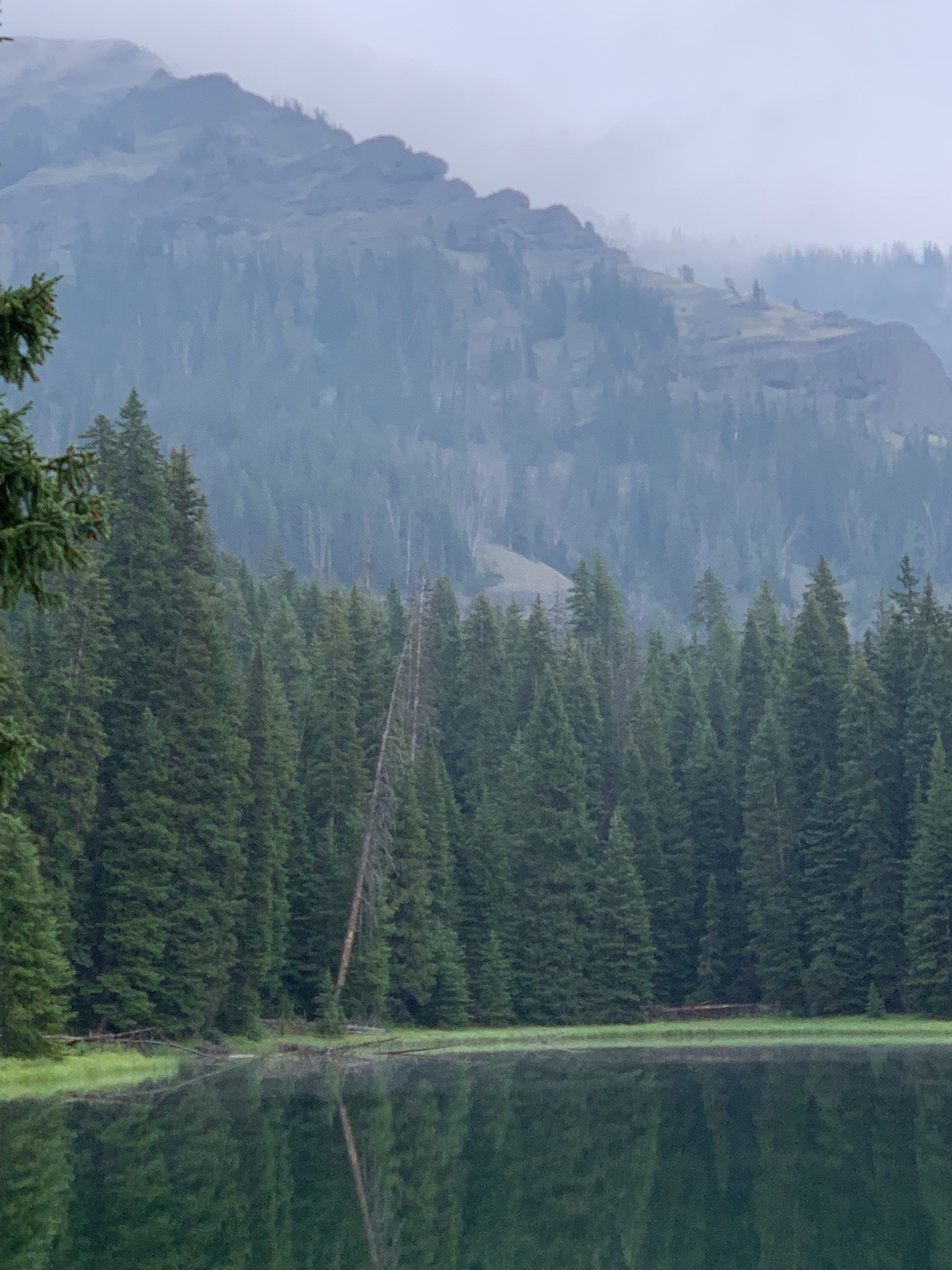 I deeply lament that I was President of Montana Wilderness Association, recently re-named Wild Montana, when it was transitioning to the much ballyhooed and highly grant-remunerated “compromise and collaboration” model of navigating conservation disputes. That is, I mourn that I helped shepherd this acquiescent approach into its current popularity. Being drawn to its promotional dual notions of healing antagonism with traditional rivals, and “breaking the Wilderness logjam,” my Board members and I did not grasp the lures presented, or the fateful gaps in the plan.

The rationale was that it had been so long since Montana experienced Wilderness legislation prominence, that we could erupt the impasse, and foster good societal will in the process.  And then, there was the lure of vast monies rewarded. Heck, we could fund attractive offices, offer much-deserved, professional-level salaries and benefits to our staff, and help move the Montana environmental community into greater respectability. All by taking the grants, and the flattery, prolifically offered by corporate donors and sometimes their governmental partners.

We did not deliberate upon the ethics of remuneration, or the science of ecosystems. We were hooked.

Looking back 15 years later, and many miles of critical inquiry and personal maturing, I see Montana’s remaining wilderness-quality lands being perilously offered up to the powers that be under the same guises of being practical, and working with the status quo, as we thought of it back then.

The Hyalite Porcupine Buffalo Horn Wilderness Study Area, and the roadless areas surrounding it on both sides of the Gallatin River –think the iconic Lionhead Recommended Wilderness (so designated in the former Forest Plan) – constitute the still legislatively unprotected, most aesthetically stunning, and biologically crucial portion of the Greater Yellowstone Ecosystem. Not to mention its specific, crucial importance to the Yellowstone grizzly’s longevity, a longevity that is genetically dependent on access to grizzly bears further north in the Northern Rockies Ecosystem. 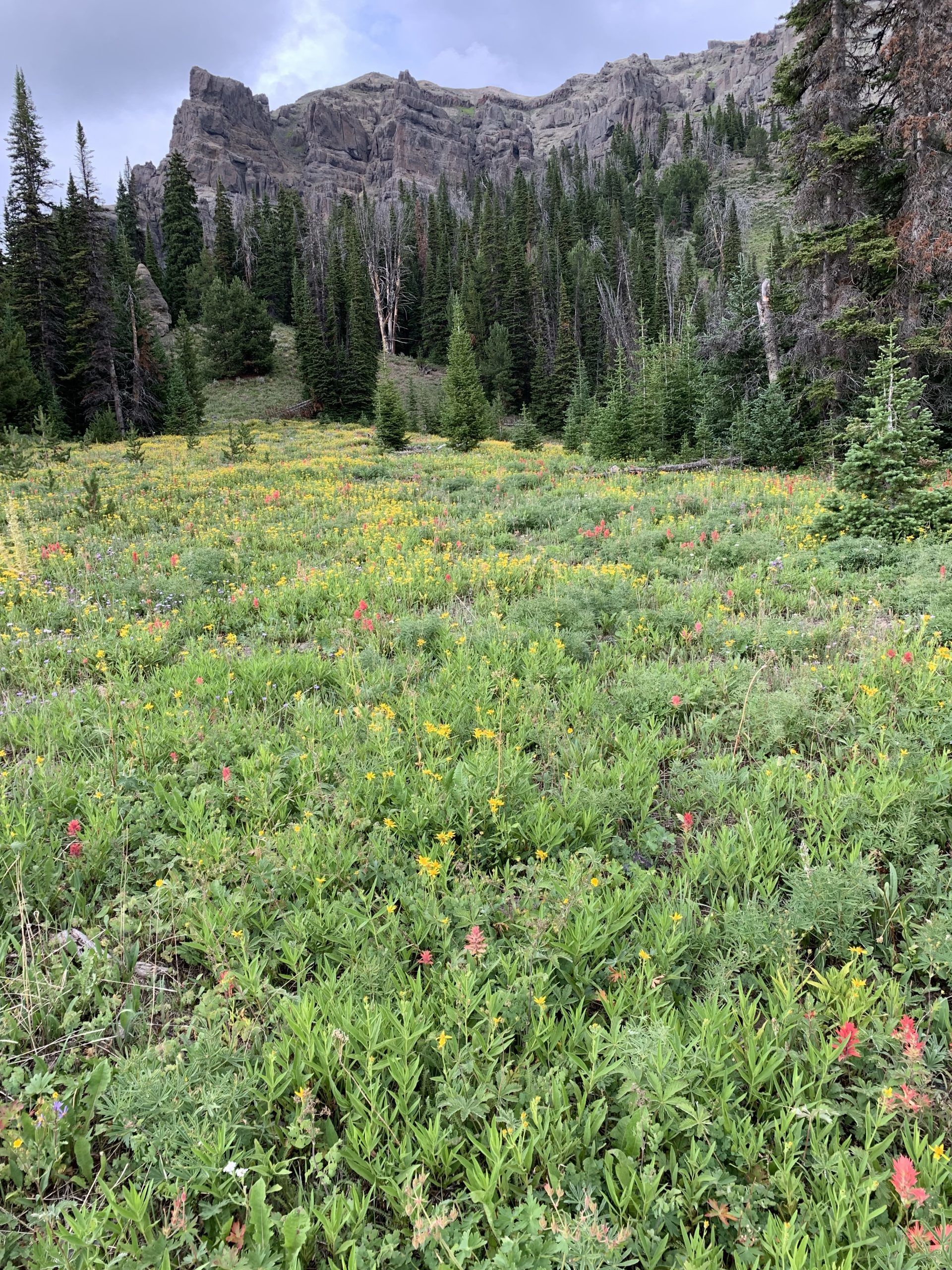 Yet the new Forest Plan, and mostly recommended by the former Montana Wilderness Association (Wild Montana), would cede to various glossily named non-Wilderness designations – with all their current and future exploitative dangers – the most important parts of these lands. While it at least recommends Wilderness protection for more than half of the WSA – including the humbling Big Creek area on the Gallatins’ east side – the most lower-elevation, meadow-dense, and wildlife-significant portions of it are sacrificed, such as the contiguous Buffalo Horn and Porcupine Creek drainages perilously adjacent to Big Sky’s recreational mass. And not to forget the West Pine on the Paradise Valley side, crucial as it is to a major elk herd.

Still, the iconic Gallatin Crest would potentially be designated Wilderness. Yet again, a caveat. Such landscape selection is a move in the direction of what Wilderness advocates disparagingly call rock-and-ice wilderness. It’s a way to claim great success while hiding what has been sacrificed to do so.

Thus, the plan’s advocates are using their amply grant-empowered staff and other monetary resources to widely deliver their proposal to the public as a “victory” for wilderness, wildlife, and the Montana people. I expect that they still believe, in the way I once did, that they are doing the right thing. While its members would personally want more ecosystem-sound land designations, they think that they are gaining all that is practical in today’s Montana.

Notwithstanding the fact that most Montanans might well object if they understood the stakes, rather than the advertising version they are presented, there is another crucial point to be made.

What if environmental leaders did not acquiesce to putatively dominant unfriendliness to Wilderness designation? What if they didn’t conform to the story that’s publicly delivered? What if, instead, they got out in front, and argued forcefully – with all the big-money resources they have to potentiate such efforts – what if they argued passionately, persuasively for broad Wilderness protections that are based upon ecosystem considerations, without succumbing to what Aldo Leopold called political and economic expediency? Expediency. A good word: “The quality of being convenient and practical despite possibly being improper or immoral; convenience.”

What if environmental – and political – leaders placed deeply and broadly into the public discourse the multiple rewards of biologically defensible conservation? What if they promoted the psychological and spiritual gains of self-restraint in such protections, and the giving up of popular adrenaline- and identity charged, quietude-avoidant recreational uplifts? What if they fought instead for the mature and generative experiences of Real Conservation? Of real wilderness? 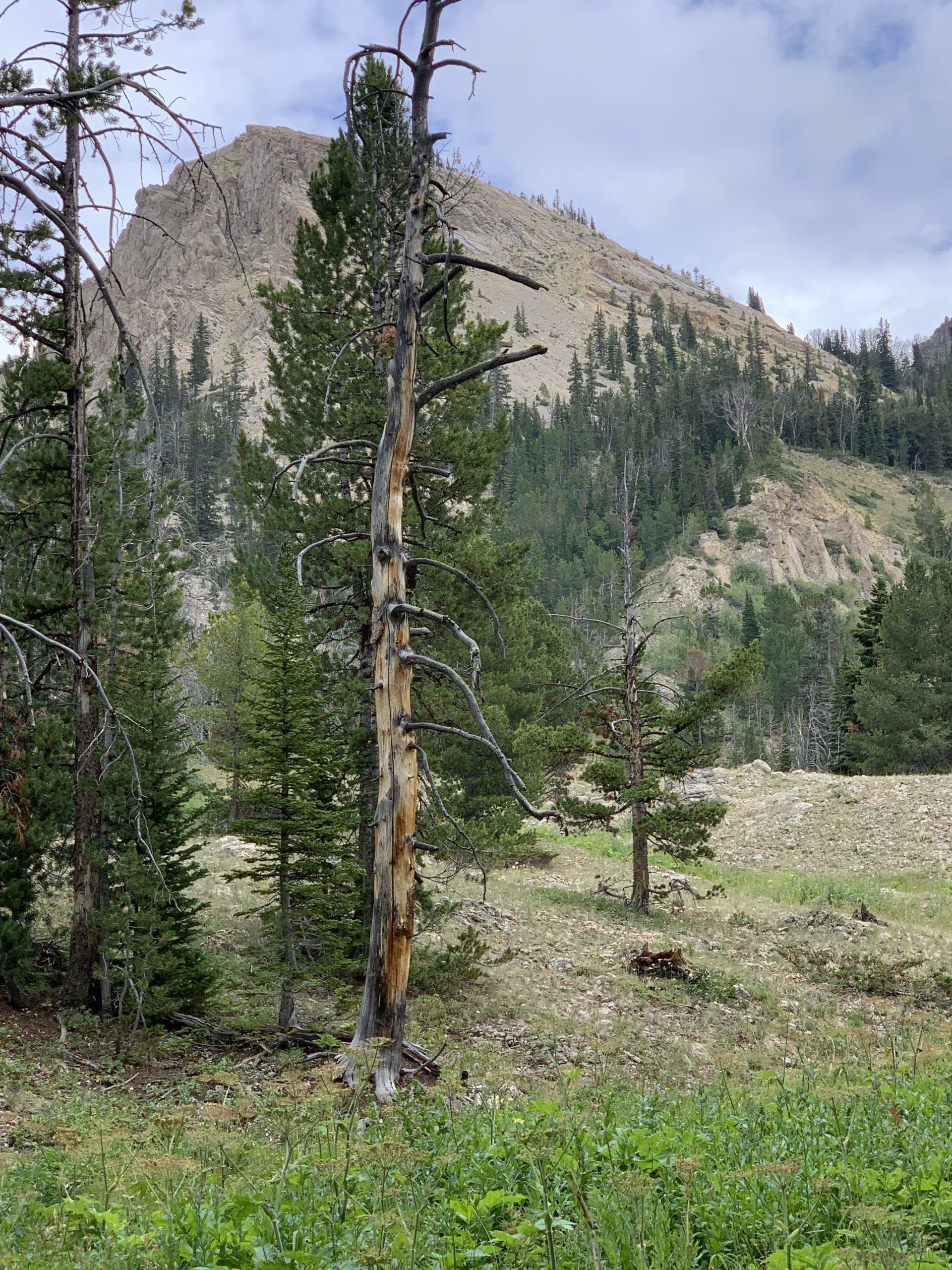 But, they claim, recreationists, especially mountain bikers – which, in fact, is not some mountain biker collective consciousness but instead is industry-monetized mountain biking organizations – that recreationists are such a political force that we cannot expect to win ecosystem-based boundaries of new Wilderness Areas. However, can’t the public be mobilized to support these greater ecosystemic and psychological values?

What about environmental leaders – and the local and Statewide political leaders who have all too uncritically endorsed the ethically unstudied compromises – what if they did not conform to what they have claimed are dominant forces’ demands? What if, instead, they were to actually lead?

Joseph Scalia III, Psya.D. is a psychoanalyst in private practice in Livingston, Montana. He is President of Gallatin Yellowstone Wilderness Alliance and a former President of Montana Wilderness Association (now re-named only Wild Montana). 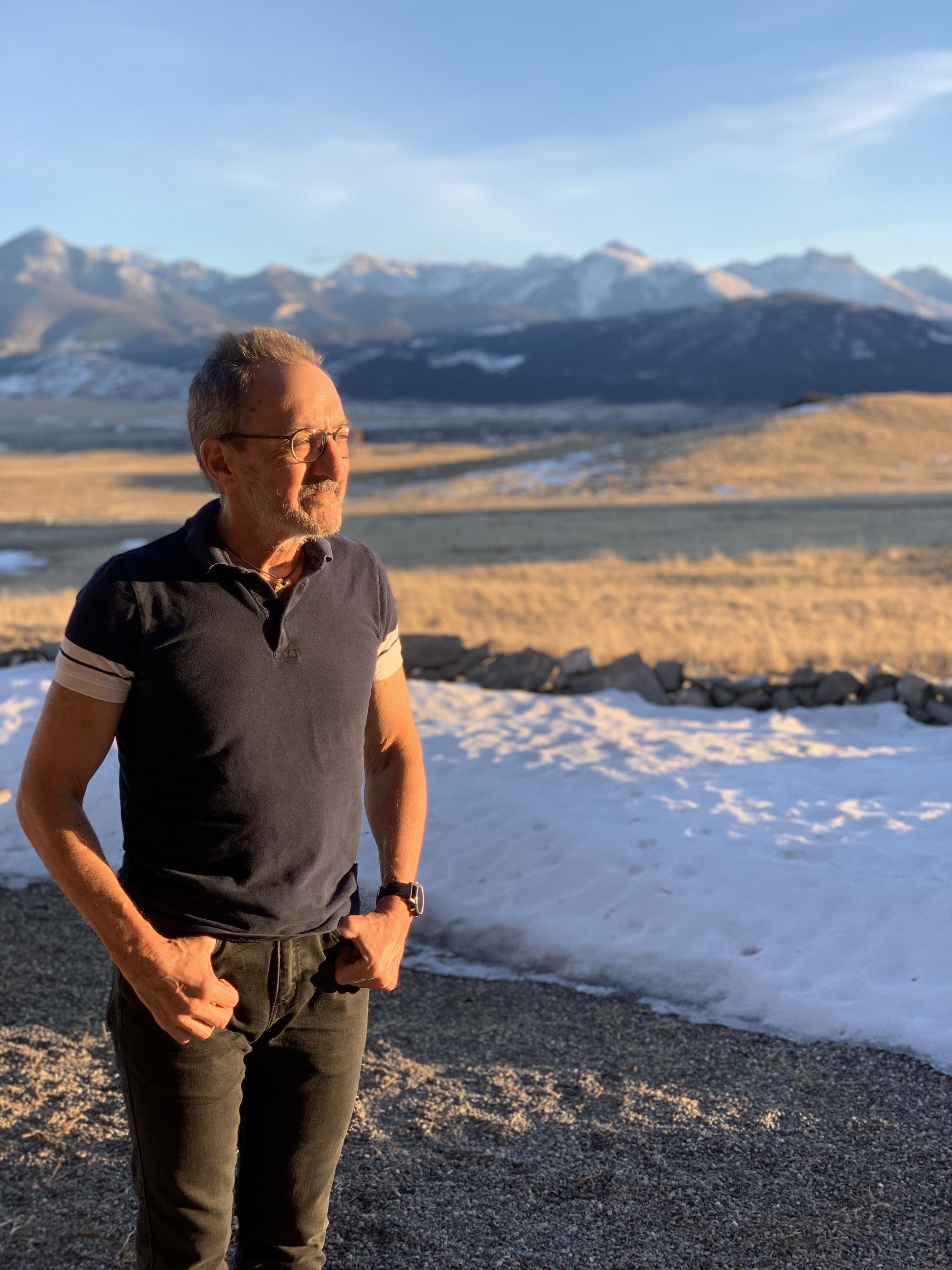 Joseph Scalia III, Psya.D. is a psychoanalyst, social and environmental critic, and a radical activist. He is President of Gallatin Yellowstone Wilderness Alliance (gallatinyellowstonewilderness.org) and a former President of Montana Wilderness Association. Dr. Scalia’s environmental writings have previously appeared in Mountain Journal, Outside Bozeman, CounterPunch, and forthcomingly, Psychoanalysis, Culture, and Society. His books are Intimate Violence: Attacks Upon Psychic Interiority and The Vitality of Objects: Exploring the Work of Christopher Bollas.  His psychoanalytic articles have similarly appeared in several peer-reviewed journals. The current paper is Scalia’s most direct effort to date to tie together the most radical and emancipatory of psychoanalytic thought and social criticism with environmentalism’s failure to even envision a path to stopping the demise of a human habitable Earth.