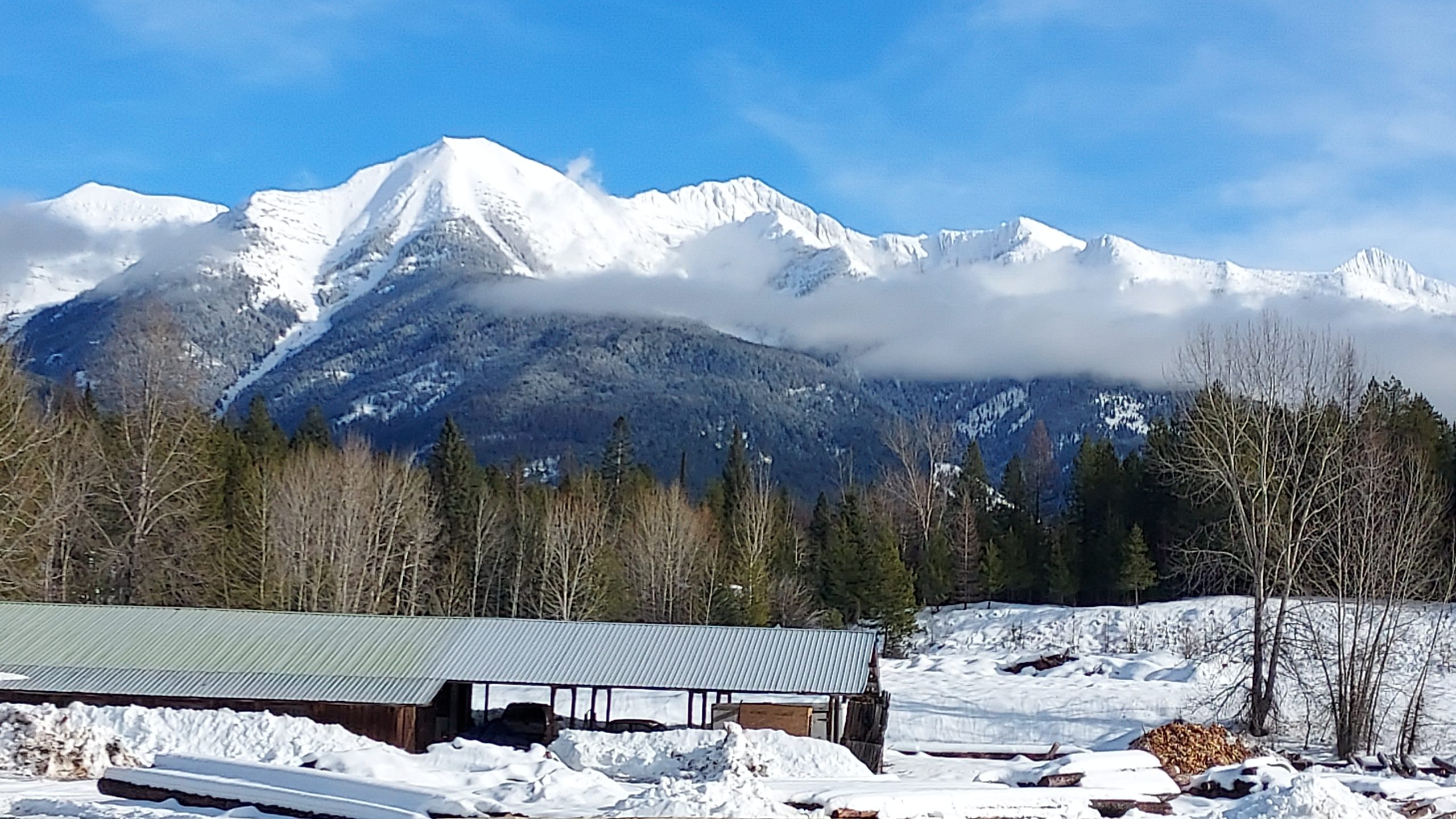 The Swan Range is adjacent to the Bob Marshall Wilderness and part of the Greater Glacier/Northern Continental Divide Ecosystem that would receive additional protection if NREPA is enacted. (Photo: George Wuerthner) 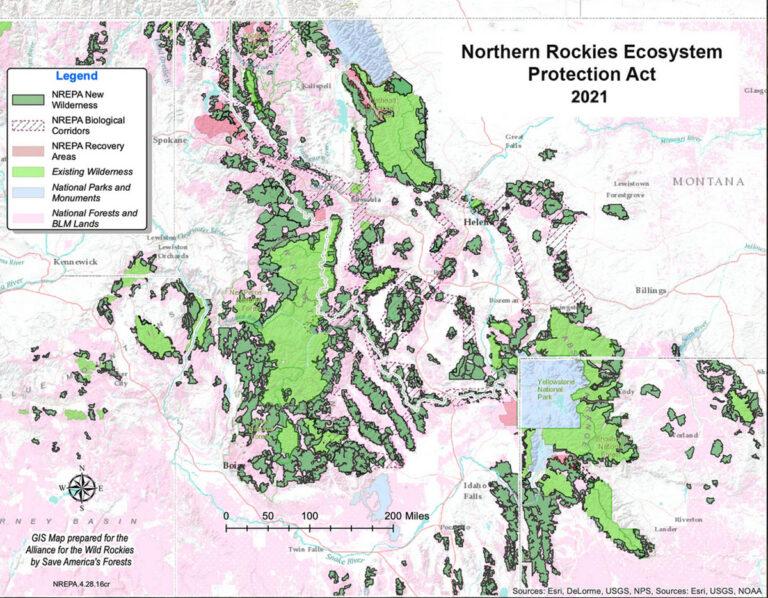 The Northern Rockies Ecosystem Protection Act (NREPA) is bold and visionary legislation that, if enacted by Congress, would help ensure functioning ecosystems and protect wildlife habitats and watersheds. For more information and a better map see Alliance for Wild Rockies. 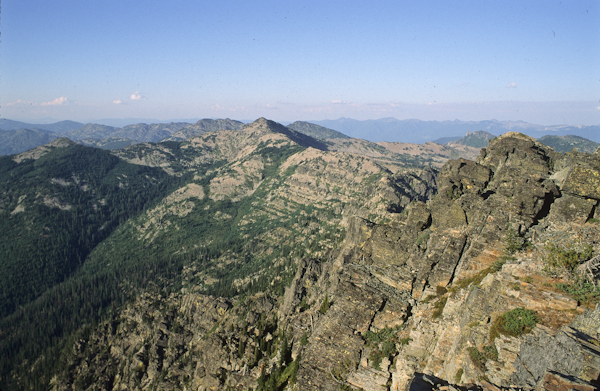 Recently NREPA was the topic of a hearing before the House Oversight Committee, where singer Carol King, a staunch and dedicated supporter of NREPA since its inception, testified.

The Gallatin Range, the largest unprotected portion of the northern Greater Yellowstone Ecosystem would be given wilderness status under NREPA. (Photo: George Wuerthner) 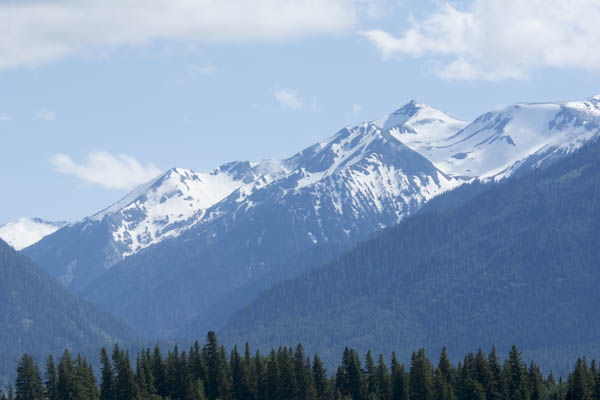 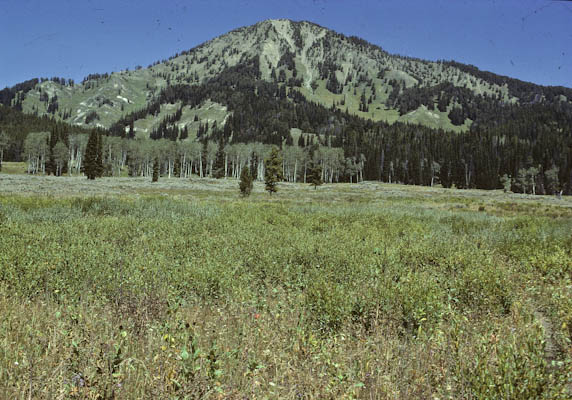 The Mount Leidy area of Wyoming is among the designated recovery areas in NREPA. (Photo: George Wuerthner) 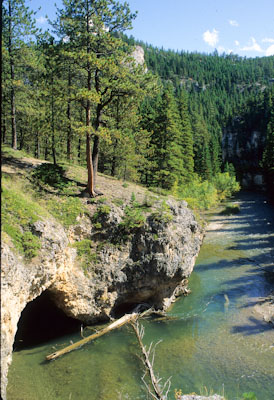 Middle Fork of the Judith River in Montana’s Little Belt Mountains is one of dozens of proposed Wild and Scenic Rivers in NREPA. (Photo: George Wuerthner)

Many rivers and streams would also gain designation under the Wild and Scenic Rivers Act. 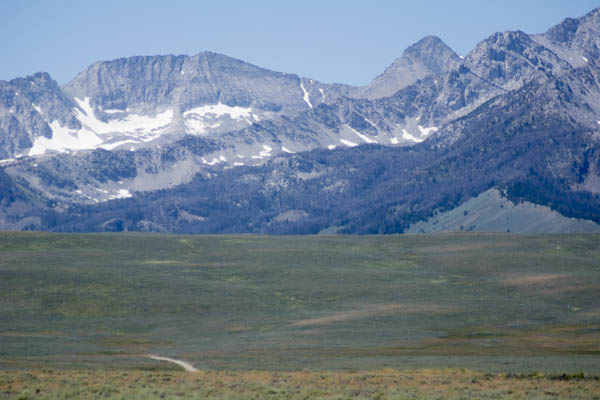 Idaho’s Pioneer Mountains, one of many roadless areas that would be given wilderness protection under NREPA. (Photo: George Wuerthner)

The legislation requires that a panel of independent scientists study roadless lands greater than 1,000 acres that are within the National Forest System in the Wild Rockies bioregion in Idaho, Montana, Oregon, Washington, or Wyoming, but not designated as components of the National Wilderness Preservation System, for their maintaining biological diversity. This scientific method follows the recommendations of the scientific community for assessing biodiversity’s importance. 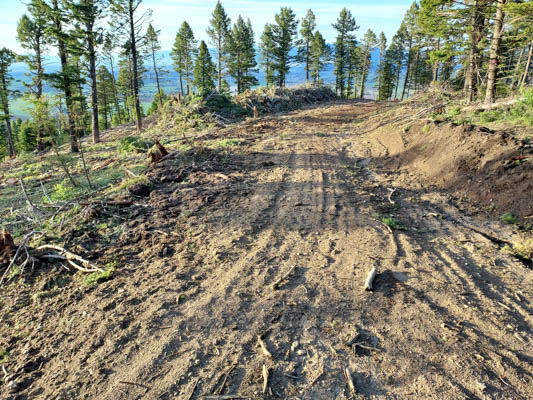 NREPA would prohibit road construction like this in the Gallatin Range of Montana. (Photo: George Wuerthner)

The bill prohibits road construction, timber harvest, oil or gas leasing, mining, or other development that impairs the natural and roadless qualities of the land. 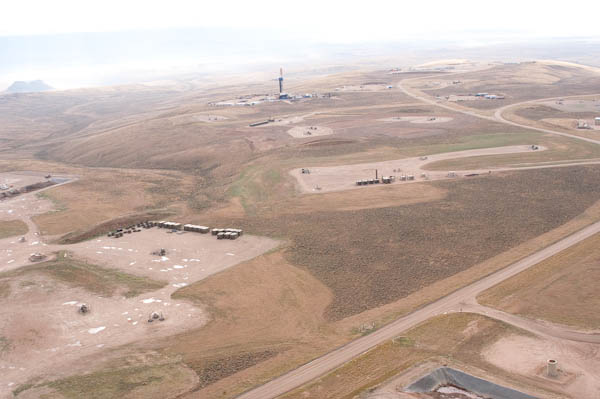 Oil and gas field near Pinedale, Wyoming. New oil and gas development would be prohibited on any lands included in NREPA. (Photo: George Wuerthner)

Roads are particularly damaging to many wildlife species and ecosystem functions. 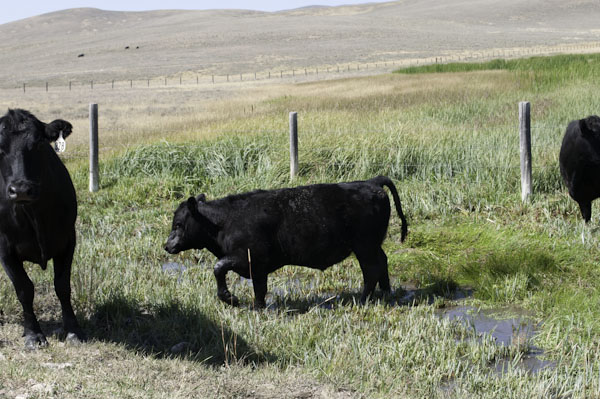 Livestock grazing is one of the most significant environmental impacts on public lands and even occurs in designated wilderness. The Act would permit the voluntary retirement of grazing permits on federal lands within a wilderness, recovery area, or corridor. In addition, grazing permit retirement would give ranchers a significant financial payoff (welfare payment) to remove their livestock from public lands, substantially reducing conflicts between livestock and native wildlife like wolves, grizzlies, sage grouse bighorn sheep, and trout. 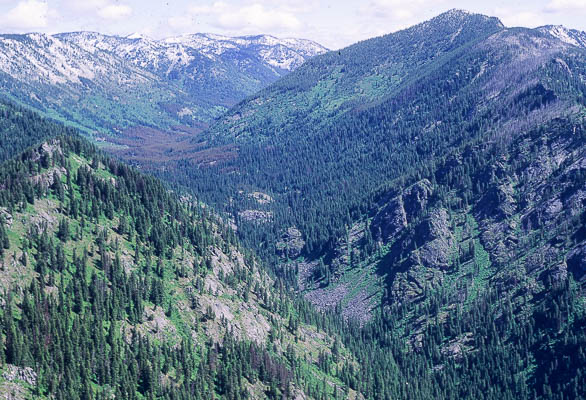 Wilderness designation is the “Gold Standard” for land conservation. Numerous studies have shown that protected landscapes are the stronghold for many fish species like bull trout, west slope cutthroat, and salmon. 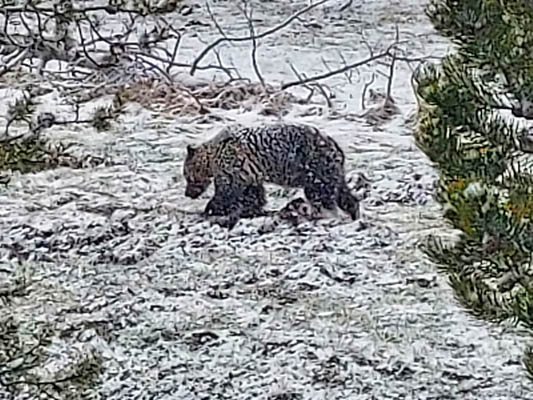 Wilderness designation is central to the preservation of core habitat that helps sustain wide-ranging predator species from lynx to wolf to the grizzly bear. 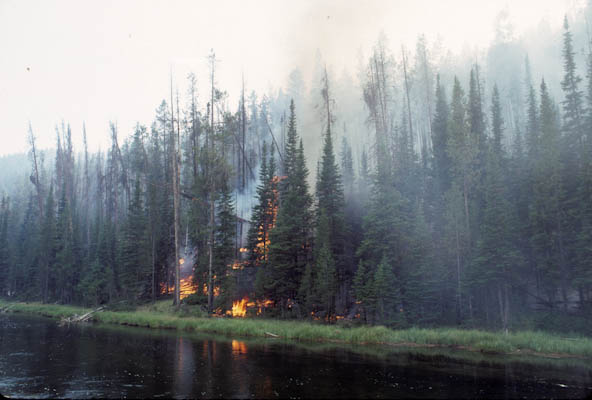 Wilderness is essential for preserving ecological function, allowing evolutionary processes to continue from wildfire to native species and predation. 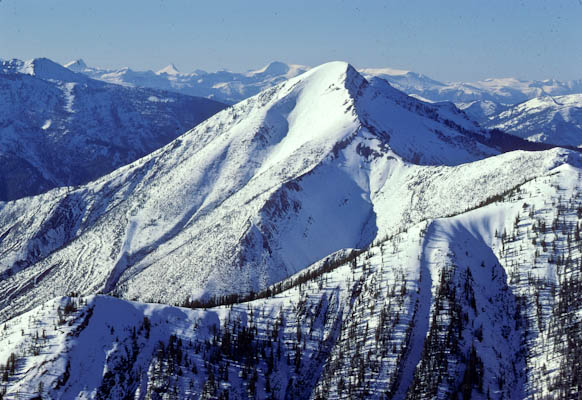 Wilderness designation is an act of humility and restraint. If wilderness teaches us anything, it is that we don’t have all the answers and having large tracts of the landscape where evolutionary and ecological processes can occur unhindered by human manipulation is critical to understanding what we may be doing to the rest of the planet, not within wilderness reserves.

NREPA would designate and protect corridors that will ensure that wildlife can migrate between major core protected areas. (Photo: George Wuerthner)

In addition to the direct preservation of wildlands, NREPA also seeks to create protected corridors to ensure that wildlife and plants can effectively migrate between wildlands and genetic exchange. In the face of climate change, corridors that permit movement across the landscape may become even more critical to sustaining native species.

In addition to the above values, wildlands serve as carbon storage sites. Protecting existing forests and other lands from logging and further manipulation is one of the best ways to keep carbon in the forest. Numerous studies have shown that logging and wood product production contribute substantial carbon to the atmosphere. 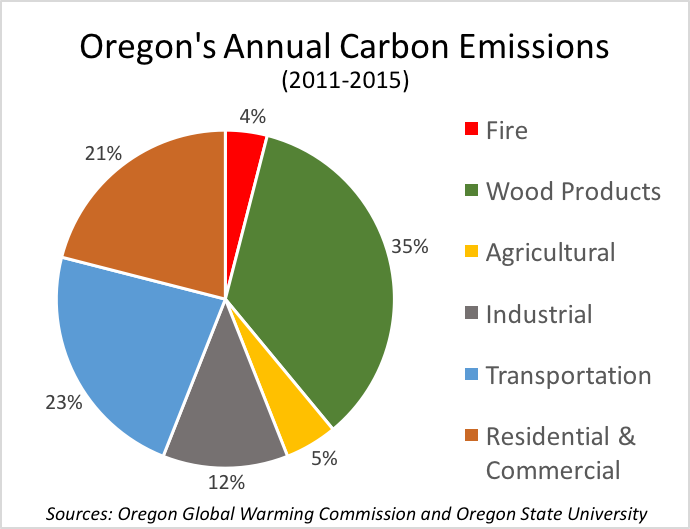 For example, 35% of the annual Greenhouse Gas Emissions in Oregon are attributed to the wood products industry. 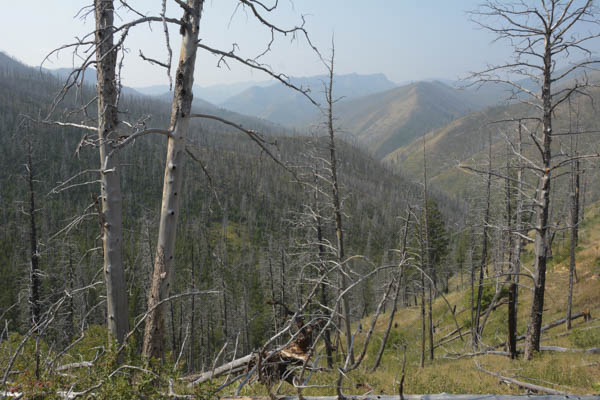 Even after a high severity fire, the majority of carbon remains stored on site as tree boles and roots. (Photo: George Wuerthner)

Even if a forest stand is scorched by fire, it continues to store carbon. What burns in a forest fire are the fine fuels like needles, small branches, shrubs, and small trees. Large tree boles and roots (where the bulk of the carbon is located) remain on the site and continue to store carbon for decades. 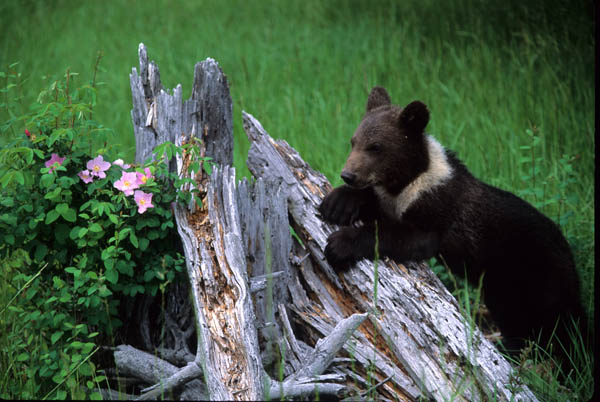 Grizzly bear cub, one of the many fellow creatures we share the planet with. (Photo: George Wuerthner)

What wilderness forces us to consider the well-being of the rest of the life we share the Earth with. We do not own these lands. They are part of the planetary inheritance. Therefore, it is incumbent upon us to provide safe harbors for the rest of life we depend upon and whose destiny is intertwined with our own. 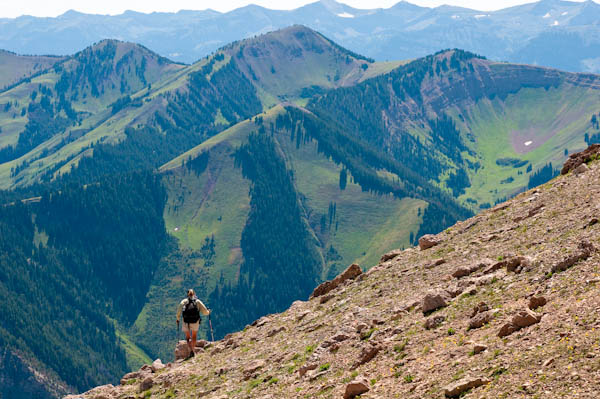 The spectacular Wyoming Range on the Bridger Teton National Forest, one of many roadless areas that would be added to the National Wilderness System under NREPA. Photo George Wuerthner

NREPA is a step in that direction and should be foundational to any plan to maintain a viable future for all life. 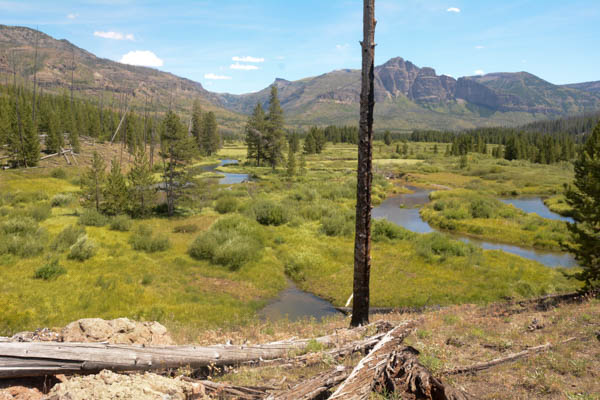 The Upper Yellowstone River in the Teton Wilderness would be designated a Wild and Scenic River under NREPA. (Photo: George Wuerthner)

I sometimes hear from other environmentalists that NREPA is still big, too bold, too encompassing. And that is exactly why we need to enact it. There is nothing currently in the U.S. Congress that would do more for climate change, wildlife protection, ecosystem function, and long-term ecological preservation than NREPA.  But many of my colleagues in the conservation movement still remain uncommitted to its support. 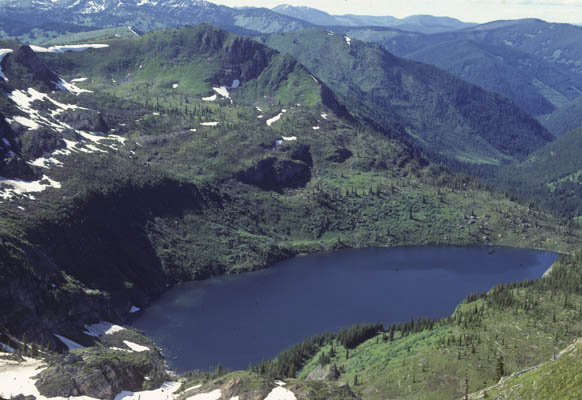 I sometimes feel like Henry David Thoreau who was imprisoned for refusing to pay a tax to support the Mexican War.  Thoreau’s friend, the transcendentalist Ralph Waldo Emerson came to bail him out of jail. Emerson is reputed to have said, “Henry, what are you doing in there?” To whit, Thoreau replied, “Waldo what are you doing out there?”

To my friends in the conservation movement, I say: “what are you doing out there?” 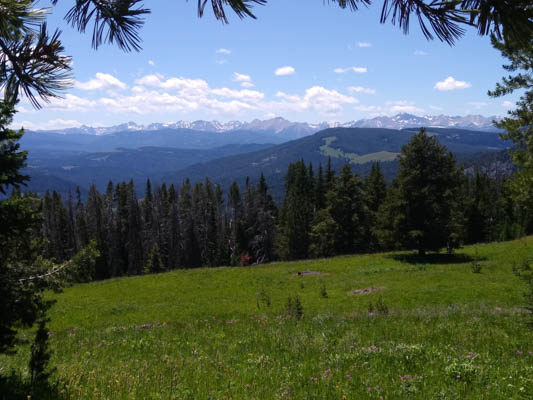 The Buffalo Horn drainage in the Gallatin Range is one of the most important wildlife areas in the northern Greater Yellowstone Ecosystem. It would gain permanent wilderness protection under NREPA. (Photo: George Wuerthner)

NREPA is a commitment to “heal” the landscape which we have callously fragmented, degraded, and manipulated. In healing the land, we heal ourselves.

Folks are urged to write their Congressional representatives and ask them to become co-sponsors, or if already sponsors, thank them for their support.

George- I have been a supporter of NREPA since the early 1990’s. Our world needs large blocks of roadless wilderness and those blocks of wilderness needs wildlife corridors to maintain genetic diversity. Unfortunately most politicians lack the courage to move NREPA through the halls of Congress.

I will be a wilderness defender until my dying breath. I dream of many large wild places in my declining years. My heart sings everytime I’m in the wilderness. Keep me posted.