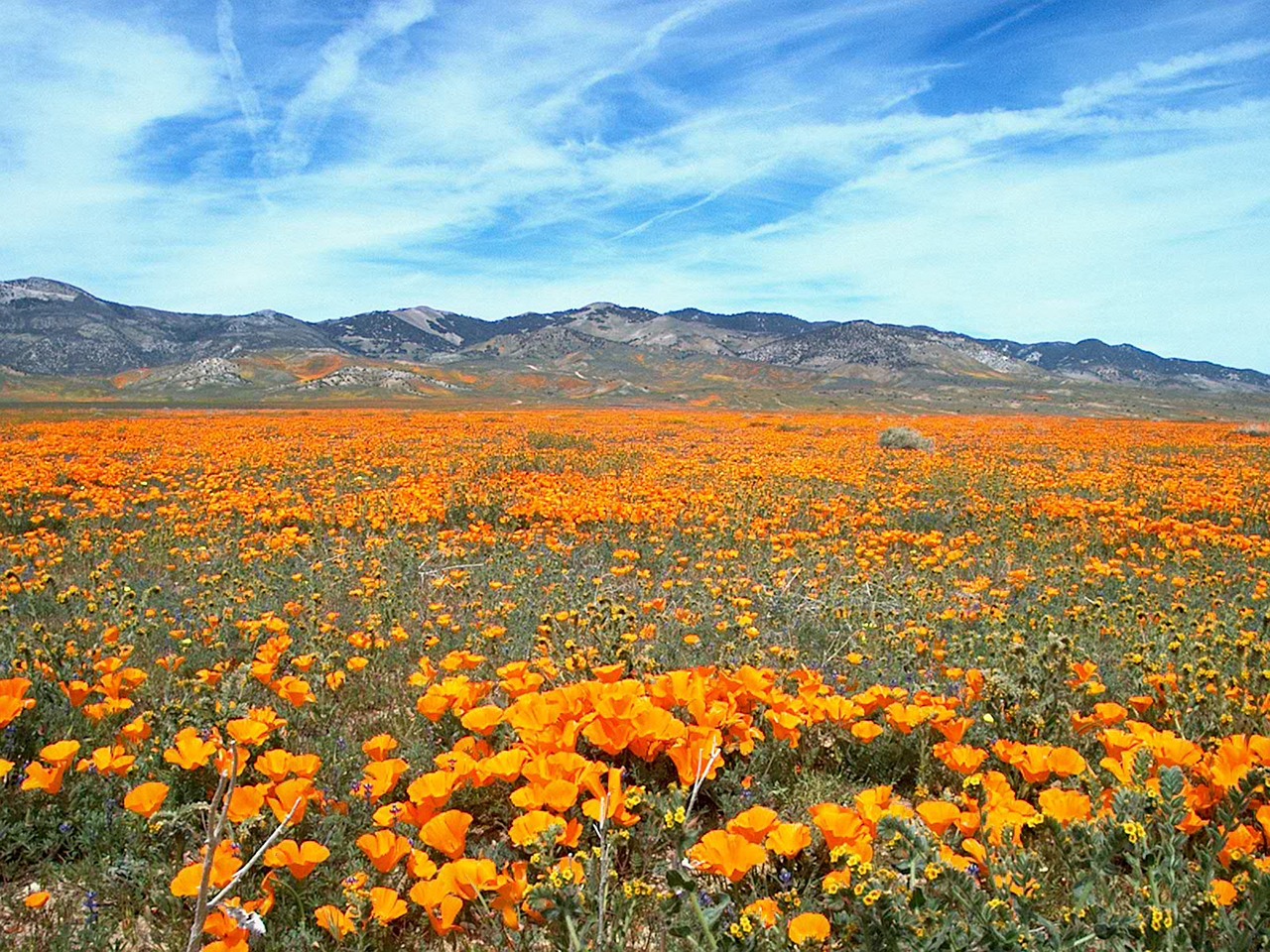 Occidental Arts & Ecology Center (OAEC) in Sonoma County, California has just hosted another landmark event.  OAEC, together with the Center for Biological Diversity and The Rewilding Institute, invited twenty-five leaders from across California to a summit on rewilding – a gathering devoted to helping nature heal across the state.  The following is a brief look at what participants shared.  Readers are encouraged to visit the websites and publications of all the groups named to learn more about their rewilding work and how to contribute.

Occidental Arts & Ecology Center shared not only its bountiful community but also its ecological restoration work on its 80 acres outside of Occidental, California.  A priority here is restoration of California coastal prairie — North America’s most diverse grassland plant community and one of the most endangered ecosystem types in North America of which less than 2% remains.  OAEC has already succeeded in restoring California fescue and mariposa lily, among many other plant species, to the land; welcomes an annual breeding pair of northern spotted owls; and is laboring to minimize the effects of sudden oak death (caused by an exotic fungus) on native oaks, especially tan and coast live oaks.  OAEC staff spend much time working to reverse the dehydrating effects of over a century of Euro-American land exploitation, with a north star goal of restoring thriving salmon runs to California north coast rivers.

OAEC also highlighted its healing-edge work in beaver restoration in California through its Bring Back the Beaver Campaign.  Twenty years ago, the prevailing, misguided assumption was that beavers were not native to California.  Decades of hard work by OAEC leaders, native tribes, aquatic biologists, and many others have awakened California officials to the keystone role played by this marvelous rodent.  The state department of fish and wildlife has just created five new positions focused on beaver restoration and relocation to heal watersheds thanks to OAEC’s tenacious advocacy, in what many consider a complete paradigm shift for the agency.

Zooming in from continents apart were leaders of Rewilding Argentina and Rewilding Europe.  Rewilding Argentina has probably saved more land and restored more missing or diminished species than any other single group in the world.  They spoke about the importance of an incremental approach to rewilding, where you first restore species everyone loves (like the military macaw and giant anteater) then gradually add more challenging species, like maned wolf.  Rewilding Argentina has just released jaguars on its huge preserves in the Ibera region of northern Argentina, after sequentially restoring progressively more controversial species.

Rewilding Europe described some of its many focal species and areas, including restoration of Eurasian lynx in several countries and the wisent, or European bison, in some others.  Intriguingly, Rewilding Europe is having special success restoring vultures, or buzzards, in some areas, though scavengers are not universally beloved. Rewilding Europe helps foster coexistence with wildlife in many European countries; and numbers show their success: although it has much less wilderness than the United States, western Europe now has more brown bears and wolves than the lower 48 States, where large carnivores are still often vilified. 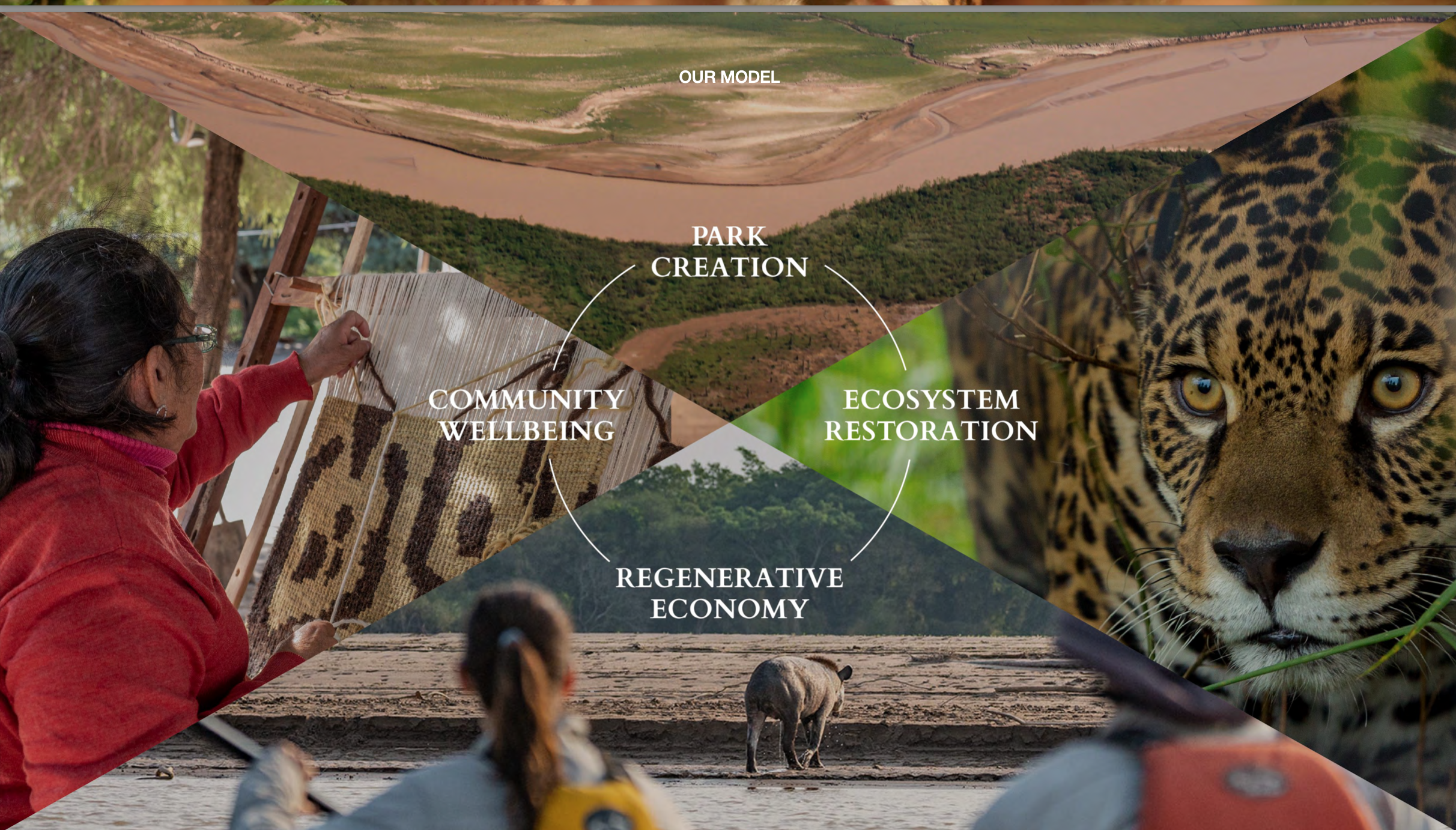 California Tribes Lead on Rewilding Across the State

The Tule River Tribe aspires to be among the earliest restorers of relocated beaver in the state onto their reservation in California’s Southern Sierra Nevada foothills.  The Tule River Tribe also plans to restore tule elk.  With both these rewilding projects, the benefits will be cultural as well as ecological and hydrological, for the Tule River Tribe has ancient ties to beaver, elk, and other wildlife species eliminated by Euro-American colonizers.

Similarly, the Yurok Tribe has deep cultural bonds to species eliminated by Euro-American colonizers.  The tribe is working to restore these bonds, beginning with the reintroduction of the California condor, the great soaring bird known as Preygoneesh in the Yurok language.  A high point of the California Rewilding summit was seeing slides of California condors recently released into the wild in the Yurok’s homeland in northwest California – the first condors to fly free here in many decades.  A challenge for the Yurok and other rewilding proponents is lead ammunition, which is a leading cause of illness and death for condors and other scavengers (who ingest lead shot when they scavenge carcasses of shot animals).  The Yurok are educating hunters on the importance of using non-lead ammunition, like copper, so that wild animals (and families of human hunters) do not get lead poisoning.

Unlike some conservation biology gatherings, the California Rewilding summit was not dominated by academics, but in attendance was a University of California professor who is doing the research needed to build the case for grizzly bear reintroduction to the state; and a California Academy of Sciences director who shared Cal Academy’s bold vision for regenerating nature in the Golden State. Cal Academy is orienting its exhibits and publications toward science, learning, and collaboration on behalf of biological and cultural diversity in California.  These UC and Cal Academy leaders reminded us that 2024 will be the 100th anniversary of the last reliable reported sighting of a wild grizzly bear in California, a potential watershed moment to increase public awareness of rewilding and regeneration possibilities across the state. 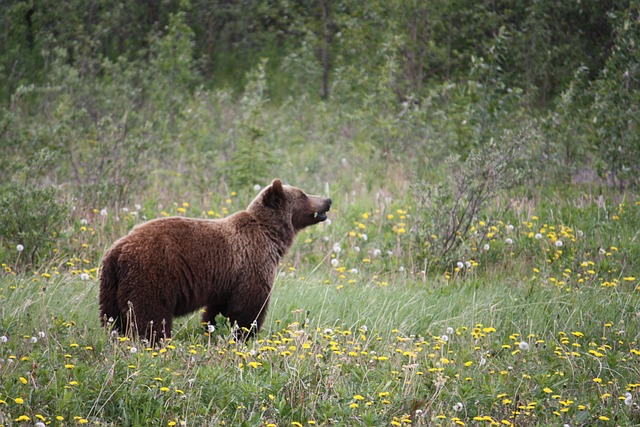 The Center for Biological Diversity, famed for its effective work protecting threatened and endangered species and ecosystems, also has healing edge work underway in many parts of North America.  CBD offered ideas on how we might restore to California two great missing carnivores, grizzly bear (on the California flag but no longer on the California ground!) and jaguar. CBD also explained its work to keep wolves safe who have naturally recolonized northern and southern reaches of the state from Oregon and Idaho, and to win endangered species protections for mountain lions in the southern reaches of the state, where their populations are small and fragmented.

Land-Based Organizations Practice What They Preach

Pepperwood Preserve, likewise, has saved critical wildlands, is practicing large-scale active restoration techniques, and is making them available for scientific research and environmental education.  In Sonoma County (within too-easy driving distance of San Francisco), where developers vie for any unprotected open space, Pepperwood has preserved more than 3,000 acres and offers on this remarkable preserve educational programs and outings that serve people from all walks of life in the area.  As important to Pepperwood Preserve as the land itself is the wildlife that inhabits the land and the people who learn from land and wildlife.

The North Bay Bear Collaborative studies one of the most charismatic of species that lives in and near communities of the heavily populated North Bay.  Black bears appear to be expanding their range, now frequenting coastal areas in Marin County, for instance, that were probably once the domain of grizzly bears, or maybe of both grizzly and black bears (which co-exist in many places in the North American West).  Working closely with local tribes, the Kashia Pomo and the Wappo, the Bear Collaborative teaches local residents how to coexist peaceably with bears, and tracks bear movements, to help forestall conflicts with farmers and other landowners.  The collaborative has been awarded several grants with the Kashia and the California Indian Museum to integrate indigenous bear wisdom with current conservation to help people build/re-member a bear culture in the North Bay. 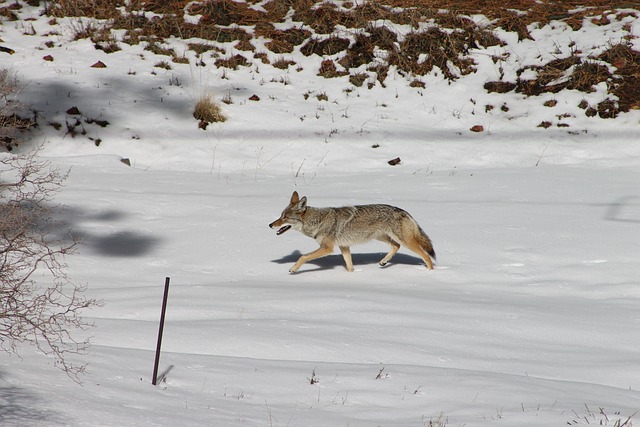 Coexistence is a central theme for Project Coyote, which is headquartered in California but works throughout the United States to encourage coexistence between people and native wildlife, particularly carnivores. Project Coyote’s totem animal is all too often the victim of landowner and agency intolerance, wildlife killing contests, and other insults to this beautiful canine’s dignity. Project Coyote is working closely with The Rewilding Institute, the Wildlife For All coalition, and other kindred groups to encourage wildlife governance reform, state by state, across the US.  Participants gathered at the CA Rewild summit agreed, many rewilding goals will not be achievable until wildlife agencies – currently dominated by extractive interests – are made more democratic, accountable, and ecologically guided.

Environmental Protection and Information Center (EPIC), with Project Coyote, OAEC, CBD, and the tribes, led discussions on how to make the California Department of Fish & Wildlife and the California Fish & Game Commission serve the needs of all native wildlife and diverse human constituencies.  EPIC also gave an inspiring presentation on plans to remove the lowest four dams on the Klamath River – which will be one of the largest dam removal successes in the world – and on goals to remove two dams on the Eel River (likely named after Pacific lamprey, which superficially resembles eel).  EPIC noted that Upper Klamath Basin tribes have led the dam removal efforts there, which aim to restore salmon runs; and EPIC itself adds legal heft to these and other wildlife restoration and protection efforts in northern California.

As several participants noted, California is nearly half federally managed public land, and also has extensive state land holdings; so achieving the goals of protecting 30% of the state’s lands and waters by 2030 and half by 2050 ought to be relatively easy.  Several other participants warned that standards of quality, as well as more visionary goals, are needed to assure that officials don’t simply declare public lands as counting toward the 30×30 goals while allowing continued commercial exploitation of these lands to continue and ignoring the importance of rewilding restoration on those lands. Rewilders here seemed to agree, contribute ideas and goals to 30×30 initiatives, and help direct government funds toward needed land protection projects, but do not count on nebulous initiatives to restore California’s great natural heritage. 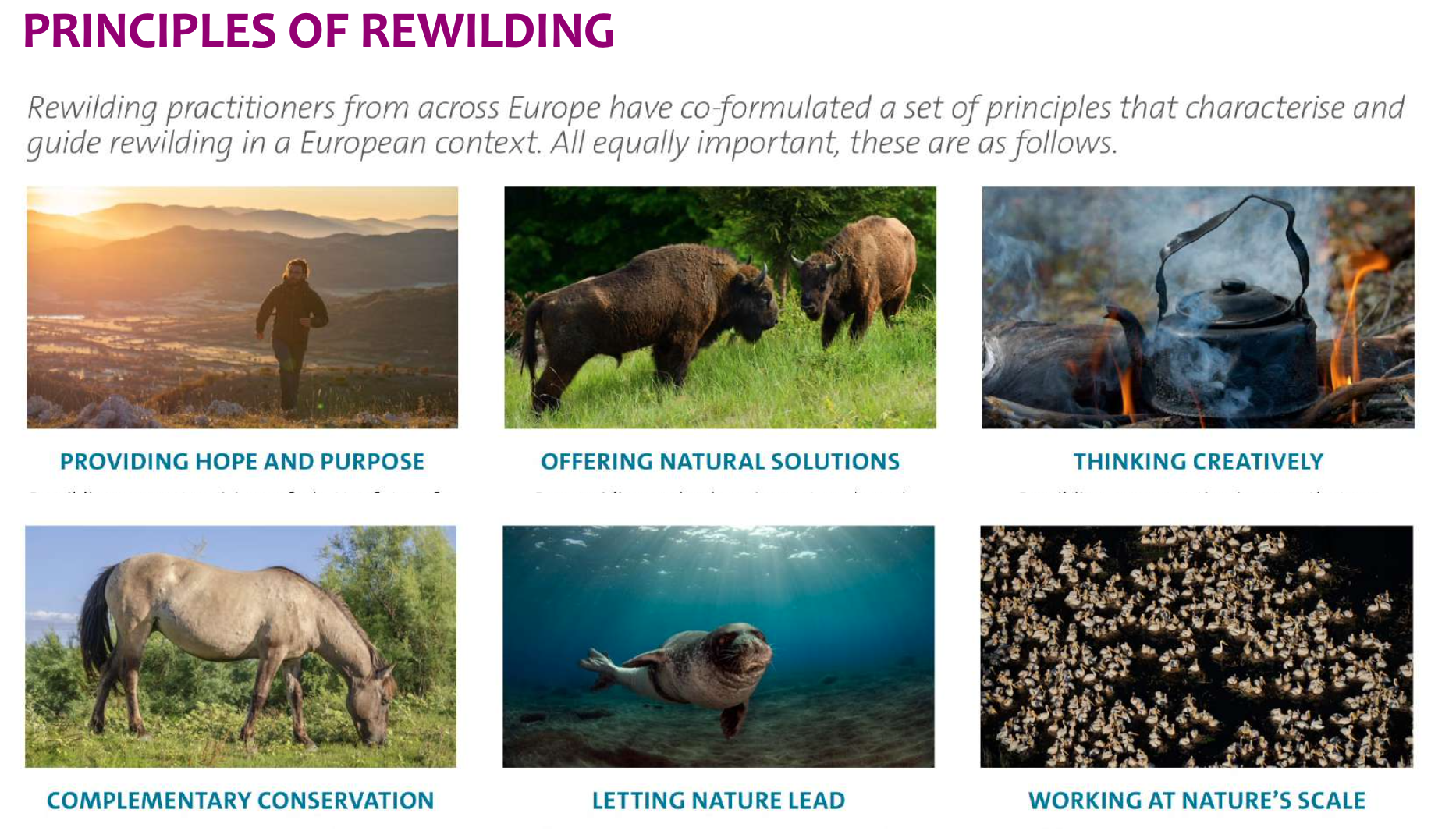 Keeping Our Eye on the North Star

The Rewilding Institute, whose founders articulated the concept of rewilding, offered to all several useful definitions of rewilding.  These include wilderness recovery, helping nature heal, and giving the land back to wildlife and wildlife back to the land. TRI also offered to cover in Rewilding Earth any rewilding stories that good groups like those at this meeting might like to share and co-produced a Rewilding California podcast with EPIC, featuring participants from the gathering. (Listen here.)

In sum, the California Rewilding summit was testament to wonderful, healing work. We left the meeting realizing California is truly a global leader in rewilding, and is poised to see some of the grandest species recovery and wildlife crossing and dam removal efforts in the world, made possible in part by California’s successful protection of more than 15 million acres of designated wilderness, several more million acres of national parks, extensive sovereign tribal lands, and some of the most effective land-saving and wildlife-restoring groups in the world, including tribes who learned long ago how to coexist with big toothy animals.

Rewilding in the Media #9