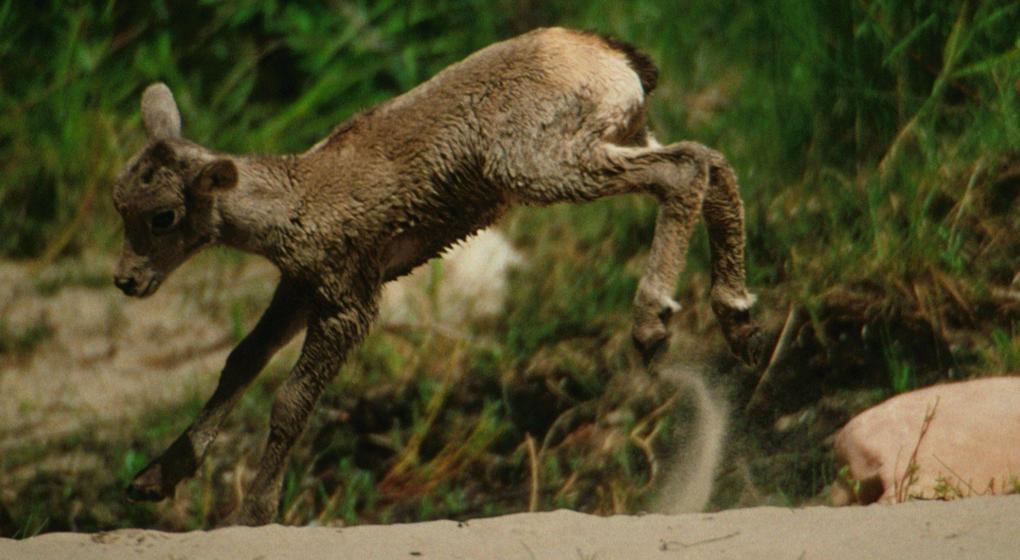 One Vision of Ecological Justice

On present estimates, we humans share the Earth with some 8 million other animal species, and some 1 million plant species.  Yet we Homo sapiens—a single species—dominate the ecological basis of this planet.  We use, by some accounts, about 40% of the global “net primary productivity,” which is the surplus plant energy that supports all animal life.  We have appropriated around 83% of the Earth’s land surface area to serve our needs, with about 24% under regular cultivation.  Our livestock alone directly and indirectly use some 30% of the global land area, and account for roughly 20% of the total terrestrial animal biomass.  Thanks to our complete global dominance, some 20% of all vertebrate species, and 41% of amphibians, risk extinction in the near future.  And approximately one football-field of forest is clear-cut every two seconds.

By any measure, there is a massive injustice in our relation to this planet.  We humans, the clever animal, the ethical animal, the rational animal, have proven unable to respect any life form except our own.  Our collective ignorance threatens not only our own long-term wellbeing—now there is justice!—but also, sadly, that of thousands of other species and billions of individual living things.  If we are so stupid as to commit collective suicide, so be it.  But it is a tragedy that so many other innocent beings must suffer and die as well.

If there is to be any hope at all for the future, it must be based on a broad conception of ecological justice.  We must respect the needs of the millions of other living species, and reduce to a minimum our own brutal footprint on Earth.  In short, we need to be less of a burden to our planetary companions.

That we must reduce our ecological footprint, reduce our population, and live within the Earth’s carrying capacity, is well-known.  Less well known are concrete proposals on how to do this.  I offer here one modest solution.  It is based on a clear and simple ethical principle:  share and share alike.  Here is what I mean.

Consider the United States.  Our ecological footprint is the largest of any major nation, at 25 acres per person.  This reflects the total equivalent land area needed, on an on-going basis, to support our wastefully-high standard of living.  The total American footprint is then a straightforward calculation:  25 acres x 315 million people = 7.9 billion acres.  This seems like a large footprint—and it is.  Just how large is it?  Compare it to the amount of land in this country.  Excluding Alaska, we have nearly 2 billion acres in total.  Thus we use, on a continual basis, about four times as much land as we actually have.

How is this possible?  The answer is simple:  global trade.  Through our highly efficient capitalist economic system, we effectively exploit and appropriate resources from around the world.  Aided at every step by “free trade” laws, global deals with corrupt politicians, and (where needed) gunboat diplomacy, we have access to vast reaches of the world.  We deploy our considerable economic, political, and military might to out-power and out-smart peoples all over the planet, and thus to effectively confiscate their resources.  A nice job, if you can get it.

Clearly, not everyone can do this.  Clearly, our gain is someone else’s—or everyone else’s—loss.  So here is my proposal.  It has two main premises:  (1) Let us live and sustain ourselves on our own land.  And (2) let us respect equally the needs and rights of nature.  In other words, be fair to our fellow humans, and be fair to our fellow ecological companions.

What does this mean, in concrete numbers?  We must share our 2 billion acres with every other species that inhabits the land.  We need land to live and prosper, and they need land to live and prosper.  So I propose:  share and share alike.  Half for us, half for nature—what could be more fair?  We then “allow” ourselves to use 1 billion acres of land in the continental US, and give the other 1 billion over to the myriad other living beings.

What this would mean, in practice, is developing a long-term environmental plan to place 1 billion acres in protected or wilderness status.  Let us be generous, and allow ourselves 100 years to achieve this worthy but difficult goal.  One century to return half the land to its original owners, and one century to learn to live sustainably on the other half.  For a people as bright and educated as we, it is an eminently achievable task.

Regarding the half for nature, this piece of the solution should be relatively easy; in fact we already have a huge running start.  Just four federal agencies—the Bureau of Land Management, Forest Service, National Park Service, and National Wildlife Refuge—have almost 500 million acres in the continental US under their authority today.  That means 500 million acres, ready and quickly convertible to truly protected or wilderness status.  That’s half the job right there!  Within just a few years, half a billion acres could be easily and permanently protected from destructive human activity.

The other half would come more slowly, and at a price.  One option would be for the federal government to simply purchase the land outright.  Assuming $1,000 per acre, the government could allocate just $5 billion per year—about 0.13% of the federal budget—to acquire and protect 5 million acres annually.  Over the coming century, this would complete our commitment to preserve and rewild 1 billion acres of this fair nation.

The remaining piece of the eco-justice puzzle is figuring out how to live on the half of the landscape that we allocate to ourselves.  There are two ways to approach this.  If we insist on continuing with our present luxurious lifestyle, and its concomitant 25 acre footprint, we can certainly do this.  But it means that our 1 billion acres can only support 40 million people—an 87% reduction from current levels.  Too draconian?  Too ‘radical’?  Not really.  If we allowed ourselves 100 years to bring the population down, this would require only a 2% annual decrease.  This could be easily achieved with a rigorous anti-immigration policy and an aggressive family planning regimen—including, perhaps, government-paid contraceptives, abortions, and sterilizations.

Should even this modest, 2% annual reduction seem unrealistic, we have another option:  reduce our footprint.  Since the total impact is (footprint) x (population), we could sustain a much higher population if we could live with a proportionately smaller footprint.  For example, if we could reconcile ourselves to live at the standard of, say, Switzerland, with its modest 10 acre footprint, we could sustain many more people.  Specifically, a mere 1% annual reduction in footprint—that is, in standard of living—would get us down to 10 acres in a century.  At this level, we could sustain not 40 million, but 100 million people.  This population goal could be achieved at a comparable 1% annual reduction—half the burden mentioned above, and thus twice as easy to achieve.

And just think about the legacy of a nation able to implement such a profound vision!  Any president, and any Congress, who were able to enact such legislation would earn the deep gratitude and lasting appreciation of people across the planet, and would be supremely honored by all future generations of Americans.  Simply to articulate such a plan would be the signature event in American history; to follow through and implement it, in world history.  America would be, for the first time, the true visionary leader of humanity.  We would, for the first time, live up to the lofty ideals of our founders.

As visionary and “idealistic” as such a plan is, it is entirely achievable in a single lifetime.  This is not rocket science.  We know what to do.  We know what steps to take, and we know how dire the situation is.  As always, we are blocked by vested interests, institutional corruption, and human failings.  But now the long-term wellbeing of humanity and the planet are at stake.  If ever we needed to summon the collective will to overcome these barriers, now is the time. 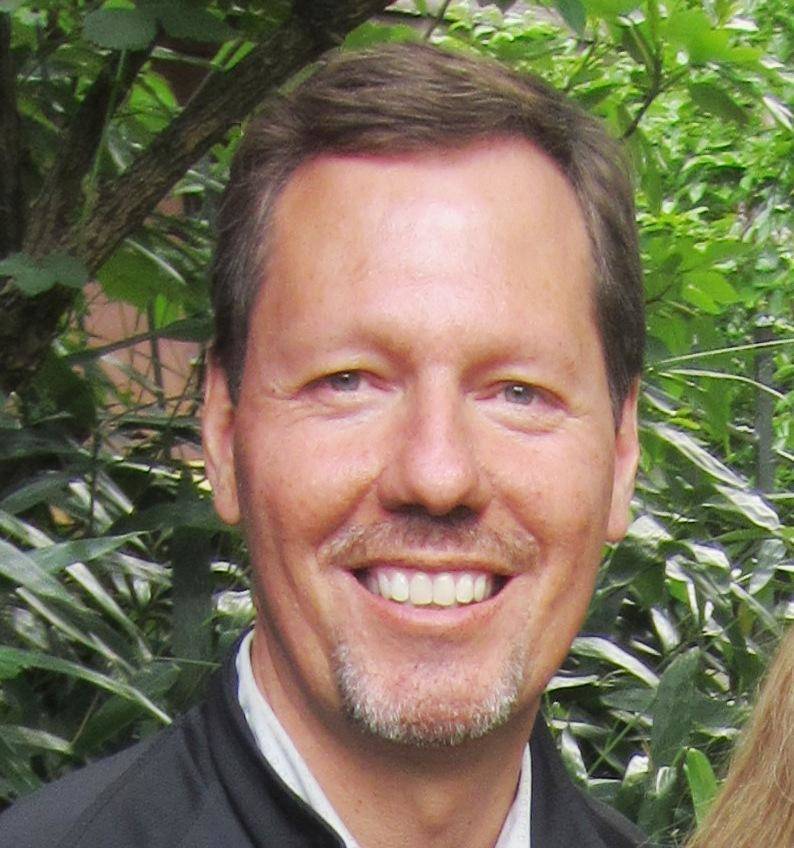 David Skrbina, Ph.D, is a professor of philosophy at the University of Michigan—Dearborn. His books include  Mind That Abides: Panpsychism in the new millennium (Editor) and Panpsychism in the West. He is also editor of a college text on environmental ethics, Earth Alive.