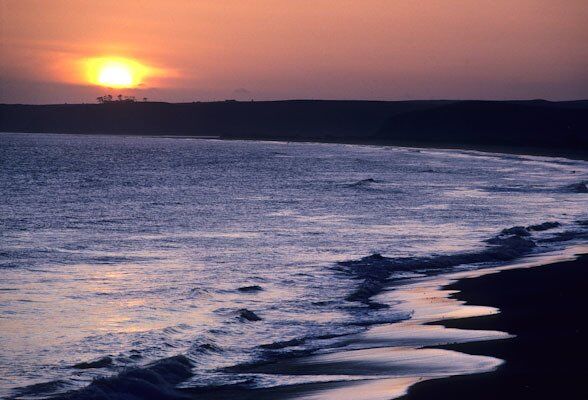 The National Park Service has released its management plan for agriculture in Point Reyes National Seashore, in Marin County, California. You read this right—agriculture in a national park system unit. The decision to continue livestock production in Point Reyes National Seashore demonstrates once again why allowing any commercial resource use in our parklands compromises the primary goals of our park system—which is to manage public lands for public values, not private profit.

Among our national park system’s primary responsibilities are to maintain native ecosystems, protect biodiversity, and minimize human inference in natural ecological processes. The Park Service’s preferred management alternative compromises all these goals to benefit a handful of ranchers who have been eating at the public trough now for decades.

The Park Service’s management plan would:

To understand all this, one needs to know the history and context.

Point Reyes National Seashore was created in 1962 after years of lobbying and effort by environmentalists, including Conrad Wirth, who became National Park Service director in 1951. Before he was appointed director, Wirth led an NPS survey of the peninsula known as Point Reyes to assess its potential as a national park unit. The survey recommended it be protected as a national seashore.

The peninsula’s outstanding biodiversity and scenic values were the prime motivation for protection efforts. Point Reyes is home to 460 species of birds, 876 plant species, and many different marine and terrestrial mammals. The Seashore harbors a hundred listed rare, threatened, and endangered species, an incredible diversity given the seashore’s relatively small size.

Beginning in the 1960s, the federal government acquired the private lands that occupied the peninsula. As might be expected, the ranchers and Marin County Supervisors opposed the creation of the national seashore. Nevertheless, ranchers were paid a substantial amount of money for their properties, often millions of dollars per ranch acquisition.

In a generous concession, the occupants of ranch buildings and grounds were not required to leave the seashore immediately. Indeed, they were given a reprieve of twenty-five years or upon the death of the primary owners (whichever came first) which allowed them to continue grazing and residing in the public’s property.  However, the intention was to sunset agriculture production at the end of that period.

But once given a reprieve, the entrenched ranchers successfully lobbied to remain on the seashore, and the twenty-five year grace period has been extended several times.

This is in direct violation of the law creating the national seashore. The legislation requires that Point Reyes National Seashore “shall be administered by the Secretary without impairment of its natural values, in a manner which provides for such recreational, educational, historic preservation, interpretation, and scientific research opportunities as are consistent with, based upon, and supportive of the maximum protection, restoration, and preservation of the natural environment within the area.” Permitting continued livestock operations in the park unit is not consistent with the stated legislative goals.

The word “shall” is essential. “Shall” does not give the NPS discretion to favor the ranchers’ interests over the protection of the natural environment. 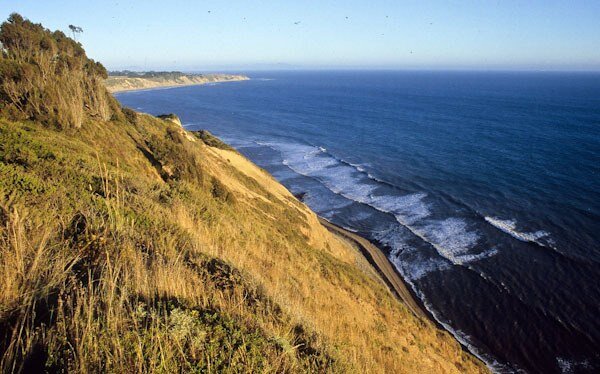 About one-third of the 71,000-acre national seashore is designated a “pastoral zone,” where 15 ranch operations graze approximately 6,000 cattle (more than ten times the number of Tule elk in the whole national seashore) on 28,000 acres of parkland as well as 10,000 acres in the adjacent Golden Gate National Recreation Area.

Also, the buildings, homes, and other structures used by the ranchers (which we own) are within the seashore.  We, the taxpayers, pay for the maintenance of fences and roads on these properties. The National Park Service  (i.e., taxpayers) receives about $500,000 in revenues from the ranch leases—less than half the Park Service spends to maintain them.

This lease arrangement with ranchers came to a head when drought conditions in 2012 to 2014 caused the death of half of the elk population who were trapped behind a fence constructed to keep elk confined to a small waterless 2,000-acre parcel of the seashore. So the native Tule elk are sequestered on 2,000 acres, while domestic livestock are given free rein on over 38,000 total acres between the two park units (Point Reyes and Golden Gate NRA).

In 2016 three groups—Western Watersheds Project, Resource Renewal Institute, and Center for Biological Diversity—sued the Park Service, alleging that an environmental impact statement was needed to address the impacts of livestock production in the seashore.  As part of its settlement, the agency agreed to do an environmental review.

Fast forward to 2020. The NPS released its final plan, which would give ranchers another twenty years of grazing, allow them to expand livestock operations to include chickens, pigs, goats, and sheep. Also, for the first time, ranchers will be permitted to operate bed & breakfasts as well as farm stands—on our property. And finally, in another concession to private business interests, the NPS plans to shoot Tule elk annually to maintain a population that will not compete with livestock operations or antagonize ranchers.

The collateral damage from livestock operations includes pollution of the park’s waterways. Indeed, one stream in the park has some of the highest coliform bacteria counts found along the entire California coast. A 2013 Coastal Watershed Assessment asserted that the principal threats to water quality on Point Reyes were bacterial and nutrient pollution from ranches and dairies. In particular, the Drakes Bay, Limantour, Kehoe, and Abbotts Lagoon areas were significantly polluted—remember these are state-protected marine zones.

Another NPS study confirms that the livestock operations at Point Reyes are responsible for the vast preponderance “of greenhouse gas emissions” at the park,

Of the public comments the NPS received regarding its management proposal, 91.4 percent opposed it. Still, the NPS reminded the public that their concerns are not as important as those of the ranchers whom they believe they work for at the seashore.

This shameless capitulation by the NPS to the livestock industry reflects several issues.

The politically entrenched ranchers have significant support in Marin County. Some county residents argue the ranches provide “local” food. Never mind that California has more than 5 million cows, and there is no shortage of places to produce “local” food. The ranchers also argue that their operations are “historic,” though these dairy operations are operated on the “industrial farming” model, not some quaint throwback to the 19th Century.

Finally, it is a question of equity. The ranchers were paid handsomely for their properties. Some supporters argue that the past livestock production in the park entitles ranchers to continue their operations. Imagine, if you will, what people would say if the former owners of the lands now protected in Redwood National Park and redwood state parks were permitted to continue to cut the old-growth forests because they once operated logging operations on these lands.

There are plenty of California places to grow cows, but few places to grow elk and other wildlife. It’s time for the National Park Service to do its duty and manage Point Reyes as directed by its founding legislation—that is, “shall be administered by the Secretary without impairment of its natural values.”

Permitting cows on the seashore’s public lands for private profit while trashing the public’s land and water and harming its wildlife does not meet this obligation.