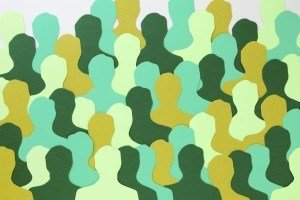 It’s all too common to believe that if birth rates decline it means population growth is slowing. As Man Swarm discusses, there’s a lot more to the picture. Here are three important factors that are too often overlooked:

It is critical to look at both percentage rates of growth and absolute increases. From Man Swarm, “Say that the percentage rate of growth slows from 2.1 percent to 1.7 percent a year over a few years while the absolute increase of yearly growth goes from sixty-four million to seventy-nine million to ninety-three million in that time. How can this be? Because there are more women giving birth at the lower rate.”

As Foreman explains, “Another way to look at population is by population age structure. Even if there is a drop in a nation’s growth rate, its population still rises for many years. Why? As big segments of the population go through their childbearing years, they have many, many children. In 1995, one-third of Earth’s population (two billion) was under fifteen years of age, while only about five percent of it (three hundred million people) was over sixty-five. The youngsters are making far more babies now than the number of oldsters that are dying; therefore, the population is growing.”

“Latest population numbers show lopsided percentages under fifteen years old. With such a landslide of youngsters coming into their childbearing years, even if we reduce birth rates to the replacement level of 2.1 children per woman, it will take two or three generations, or fifty to seventy-five years, before the population stabilizes.”

“J. Kenneth Smail, Professor Emeritus of Anthropology at Kenyon College, speaks to another piece of the puzzle that’s mostly overlooked. ‘Ongoing global gains in human longevity will continue to make a major contribution to world population expansion over the next half-century, regardless of whatever progress might be made in reducing fertility’…In other words, how longevity grows population is a big deal.”

To add to these three is this Paul Ehrlich quote: “[T]he world’s population will continue to grow as long as the birth rate exceeds the death rate; it’s as simple as that.”

Now that is population growth. Don’t let birth rate declines fool you. Just three hundred years ago, the world had six hundred and ten million of us. As Foreman sums it, “Human population has exploded gruesomely in the last two hundred years. And it will keep shooting up for some time.”

Man Swarm is available in soft cover here on this site and on major online retail sites.

Well done Laura! I am a retired psychiatrist, who determined, after treating 25,000 souls over 40yrs., that nearly all mental health and other medical problems are caused by stress. Of interest to you may be our further determination that this overactivity of our stress response is the result of three factors: overpopulation (population density stress), separation from the calming rhythms and stimuli of the natural (“wild”) world, and the disruption of our long established Hunter-Gatherer Clan social structures. Medical technology developments have prevented us from the natural population controls that would have kept our numbers down, if allowed to operate. I’ve written a book laying out the proofs of the hypotheses but your moderator disallowed a previous comment in which the title was mentioned. I’d be happy to forward the address for an e-copy, should you wish. Thank you for your excellent effort!