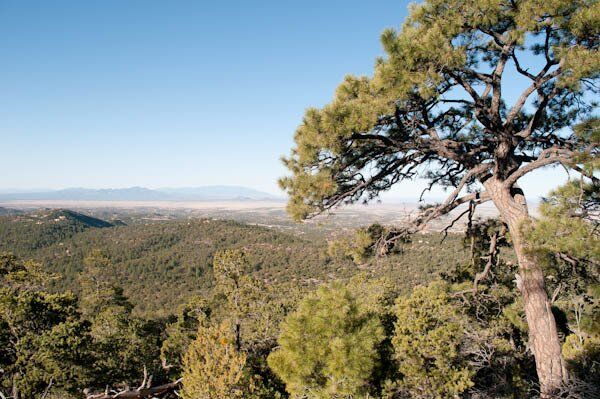 The roar of chainsaws was noticeably absent this fall in the forests near town. We can thank the Mexican Spotted Owl, a federal judge with the courage to expose Forest Service misdeeds and decades of advocacy by WildEarth Guardians, successor to the scrappy advocacy group I founded thirty years ago.

The bad news is that these treasured forests, mostly de facto wilderness, are not permanently protected as Congressionally designated Wilderness. Worse yet the Forest Service is rushing to approve a misguided plan to fire-proof nearly 80 square miles from the Ski Basin to near Pecos. According to Dr. Chad Hanson, continuous logging/thinning/burning will kill more trees than it prevents from being killed by wildfire. This will render the forest’s wilderness character invalid, a reason I suspect the plan is being rushed to approval. 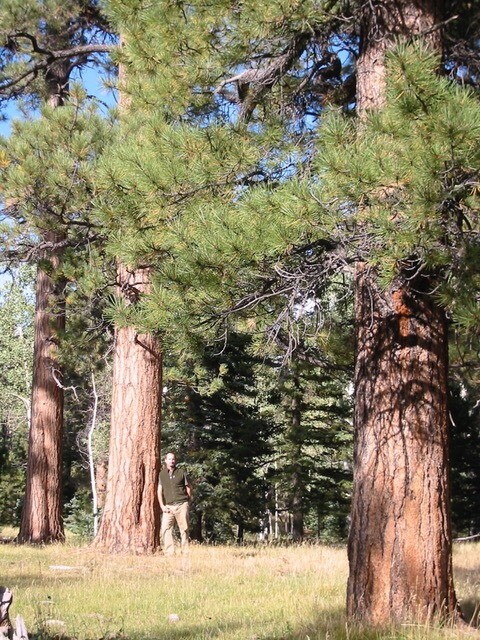 Less than 4 percent of the continental United States retains its primeval character and influence. For what remains locally we can thank our eccentric community of artists and writers who somehow managed to cajole, encourage and at times embarrass federal officials into pausing long enough for the timber industry to grow impatient with endless delay. The result was that big trees fell by the millions in the more accessible Jemez mountains (the site of recent large fires) while Santa Fe’s unroaded headwaters forests were unofficially set aside for their scenic beauty.

Like the current owl injunction, this was a temporary victory. We now need the permanent protection for the awe and grandeur that wild landscapes and ecosystems inspire. As always the biggest obstacle is the Forest Service and their collaborators who strenuously oppose wilderness designation for the roadless lands buffering the Pecos Wilderness, including Santa Fe’s headwater forests. The recently released Santa Fe National Forest plan recommends no wilderness protection near town. Overall, only 2.9 percent of the forest’s nearly 900,000 remaining roadless acres are recommended for Wilderness.

Instead of preserving wilderness, the Forest Service is busy trying to jump-start a rebranded timber industry that targets the few, small wild places that remain. In 2006 Wild Watershed, the Multi-Chemical Sensitivities Taskforce and others appealed the local ranger’s plan to clear most trees and begin regular burning on the slopes above Black Canyon campground. We won this internal review since they disregarded the effects of clearing and burning to the wilderness-quality roadless forests which encompass 93 percent of the nearly 2000 acre project.

Four years later the Forest Service issued a draft environmental assessment but it was never finalized due to opposition by the Obama administration. That quickly changed when Trump assumed office. The Hyde Park Wildlands Urban Interface project was “categorically excluded” from detailed environmental considerations despite the presence of endangered owl habitat and wilderness-quality roadless forests. Congress had taken away the right to administratively appeal, so in May 2018 we sued the Forest Service in federal court. 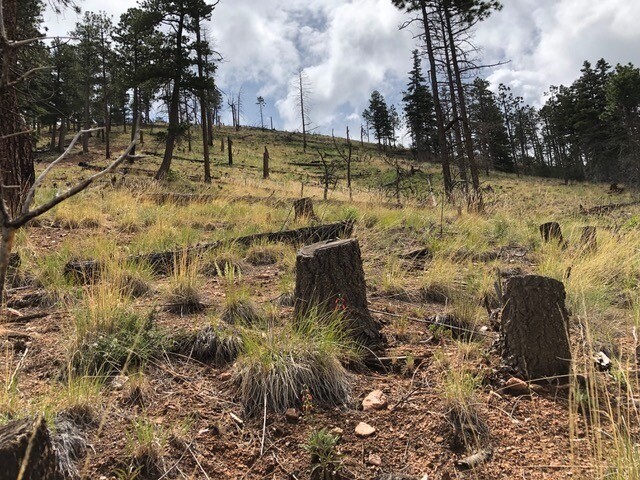 This case hinges on whether Congress gave the Forest Service discretion to do a detailed environmental review or, as the agency argues, a 2003 Bush era law mandates quick approval without taking a hard look at potential impacts. The Forest Service intentionally misrepresented the law that plainly gives the agency a choice. They could have protected the extraordinary biological values of these roadless forests by documenting the relevant science and considering reasonable alternatives—in effect, looking before they leaped. Instead they hid behind the fiction of a Congressional mandate to avoid evaluating impacts.

We also uncovered their failure to protect old growth forests as required by law and their own regulations. An obscure document revealed the true intent of the project was to create a savannah of younger widely spaced trees by repeated clearing and burning while ignoring the requirement to set aside 20 percent of the area for centuries-old trees. This would be accomplished by initially removing 94 percent of the younger trees followed by intentional burning that could result in the mortality of as many as 30 percent of the remaining larger trees. These treatments would be repeated every decade precluding the development of old growth.

The Forest Service claims to be restoring old growth to low elevation forests by cutting most of the smaller trees and introducing low intensity fire. However, it’s unknown which tree seedlings will adapt and survive in the new warmer and drier climate. By unknowingly removing those unique genes, the Forest Service is flouting the first law of intelligent tinkering, which is to save all the pieces.

It’s worth remembering that never in human history has an old growth forest been cut and then returned to old growth. Neither does Wilderness reappear once its been plundered. We have just one chance to preserve the irreplaceable. The time is now. ### 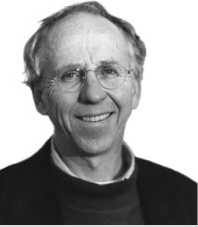 Sam Hitt has been active in conservation issues in the Southwest for nearly 40 years. He founded Elk Mountain Action in the early 1980s to protect old growth forests and in 1989 Forest Guardians (now WildEarth Guardians). He is currently the founder and director of Wild Watershed, a volunteer group working in aquatic conservation in the Southwest. Sam serves as president of the Santa Fe Forest Coalition. Wild Watershed is a member group.