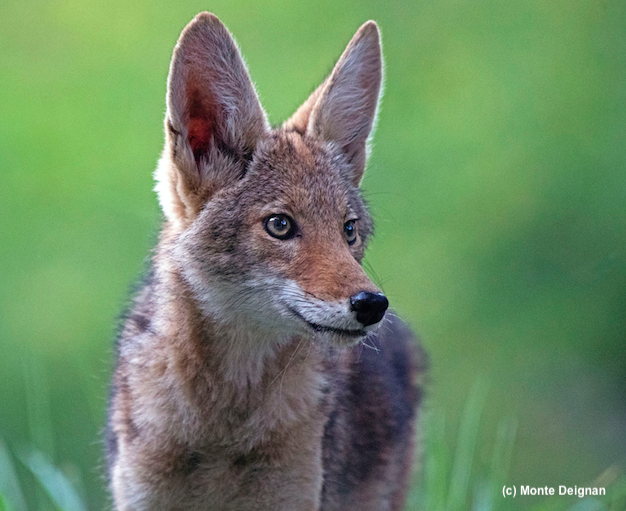 Late afternoon. The sun is out after a brief rain, and just down the road a full chorus erupts, taunting the neighbor’s two dogs. We hear three glorious songs from “The Four-Legged Dude” and friends, as New York Times best-selling author (Coyote America) Dan Flores calls the coyote in his article in the June 2018 issue of New Mexico Magazine. No doubt that the coyote is New Mexico’s unofficial state animal, and Flores believes he, or she, may be the nation’s as well. He calls their howl the original national anthem. 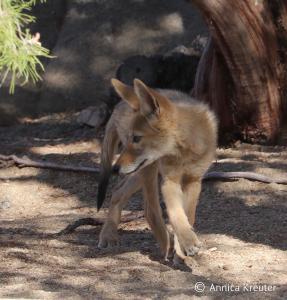 Rewilding Earth is fortunate to have a close connection with an exceptional national non-profit organization called Project Coyote, a North American coalition of scientists, educators, ranchers, and citizen leaders promoting compassionate conservation and coexistence between people and wildlife through education, science, and advocacy. Flores is part of Project Coyote serving as an Ambassador and promoting the organization’s mission through his writing and speaking.

This organization works to create fundamental and systemic change in the way coyotes, wolves, bobcats, bears, and other native carnivores are viewed and treated in North America and to press for laws and policies that protect them from abuse and mismanagement. They have successfully spearheaded campaigns to end predator mismanagement in the form of trapping, killing contests, poisoning, and “penning” at state and county levels.

Camilla Fox is the founding Executive Director of Project Coyote, a national non-profit organization headquartered in Northern California and a coalition of scientists and educators promoting coexistence between people and wildlife through education, science, and advocacy. With 25+ years of experience working on behalf of wildlife and wildlands and a master’s degree in Environmental Studies, Camilla’s work has been featured in several films and international media outlets.

A frequent speaker on these issues, Camilla has authored more than 70 publications, is co-author of two books — Coyotes in Our Midst and Cull of the Wild — and is co-producer of the companion award-winning documentary of Cull of the Wild. She produced and directed the recently released documentary film KILLING GAMES ~ Wildlife in the Crosshairs, which aims to inspire a national movement to end wildlife killing contests in the U.S. In 2006, Camilla received the Humanitarian of the Year Award from the Marin Humane Society and the Christine Stevens Wildlife Award from the Animal Welfare Institute. She was named one of the 100 Guardian Angels of the Planet in 2013 and the 2014 Conservationist of the Year Award by the John Muir Association. In 2016 she was honored with the Grassroots Activist of the Year Award by the Fund for Wild Nature.

Project Coyote has amassed an impressive Science Advisory Board with some of the most well-known wildlife ecologists and canid behavioral scientists in the country. Dave Parsons serves on Project Coyote’s Science Advisory Board as a Carnivore Conservation Biologist, and he serves The Rewilding Institute in the same capacity. Dave is retired from the U.S. Fish and Wildlife Service, where from 1990-1999 he led the USFWS’s effort to reintroduce the endangered Mexican gray wolf to portions of its former range in the Southwest.

We applaud America’s song dogs, and Project Coyote who works hard to protect them and other native North American carnivores. Read more about the organization, the people, and their work at: