Tompkins Conservation Chile released 14 juvenile Darwin’s rheas into Patagonia National Park in the Aysén region of Chile. This is the fifth release carried out by this one-of-a-kind rewilding program to prevent the local extinction of this iconic bird.

A new season of Darwin’s rhea releases in Patagonia National Park is bringing forth a hard-won recovery of this locally endangered flightless bird. An emblematic species of the Patagonian steppe, the rhea plays a fundamental role in creating and maintaining healthy grasslands by dispersing seeds to renew vegetative growth. In Chile’s Aysén region, more than a century of overgrazing, hunting, and nest destruction has threatened the rhea’s survival.

This year marks the most rhea releases in Patagonia National Park since the program’s inception in 2014. Tompkins Conservation donated over 200,000 acres in 2019 to help create the 750,000-acre park. According to Cristián Saucedo, director of rewilding at Tompkins Conservation Chile, “Active restoration of rheas has proved instrumental to its survival. We have tripled the population to approximately 70 specimens and increased their habitat in the national park by over 30%.” 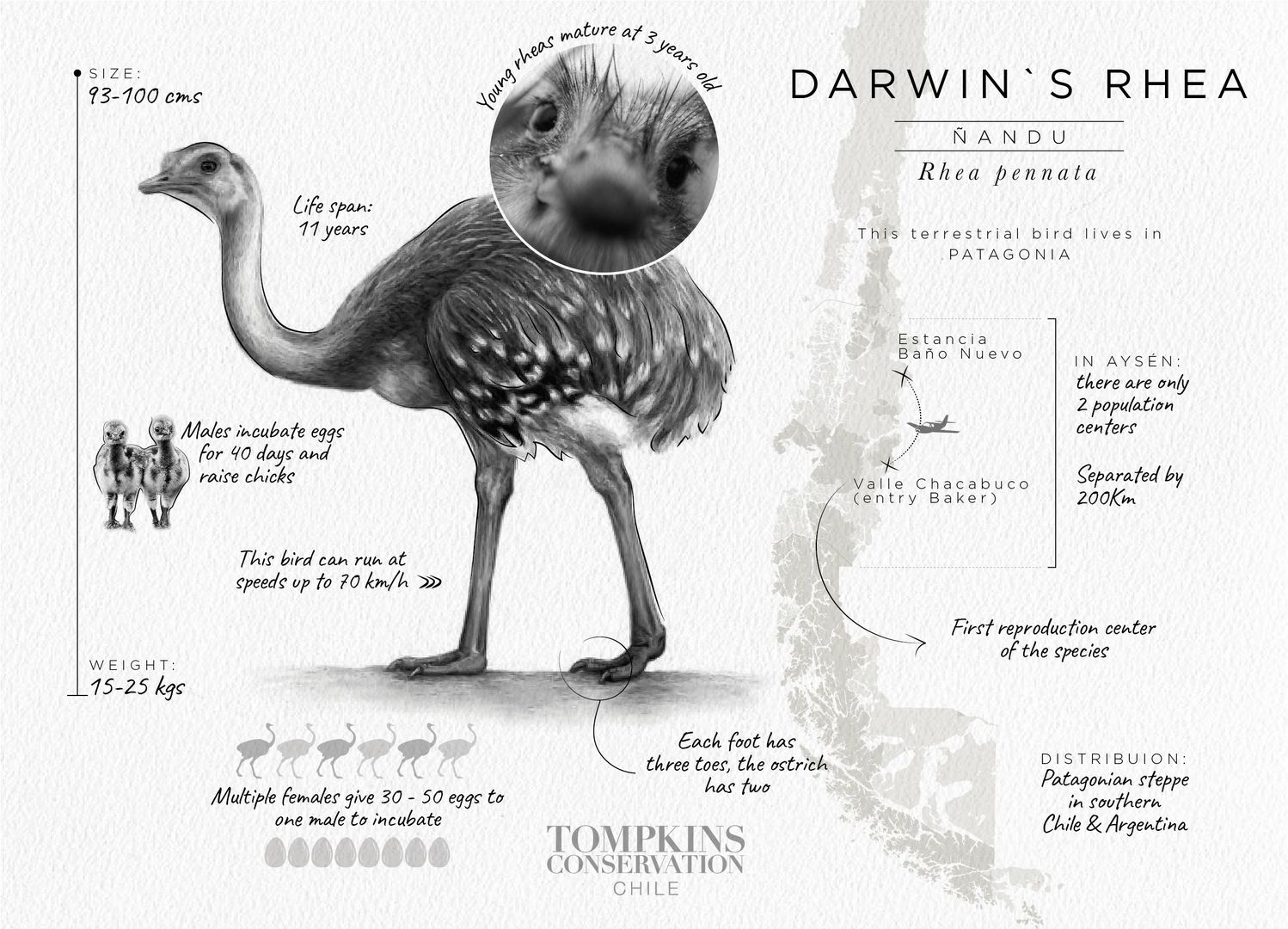 Patagonia National Park features the greatest terrestrial biodiversity in the region, with habitats ranging from Patagonian steppe to forest and wetlands. It’s home to numerous endangered and threatened species, including 10% of the global population of the highly endangered huemul, the south Andean deer. 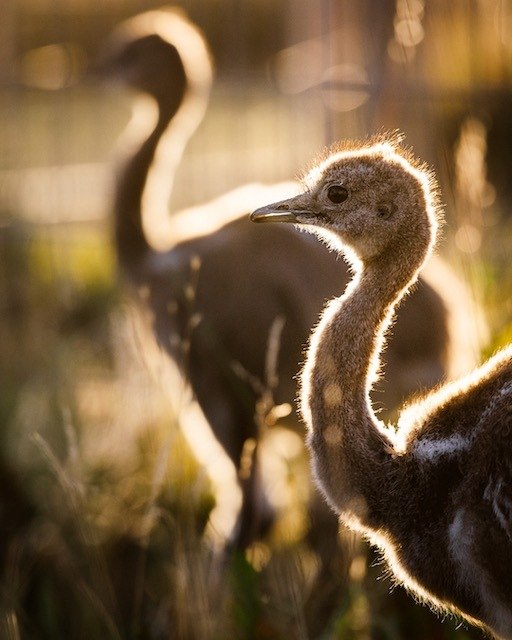 Formerly one of the largest working ranches in Chile, the Chacabuco Valley was historically overgrazed by intensive sheep ranching. Through a long process of restoration and rewilding, its native grasslands are recovering and wildlife has returned in numbers, including herds of guanaco (a South American camelid), flamenco, and puma. Kristine Tompkins, president of Tompkins Conservation and UN Patron of Protected Areas, also credits private donors, volunteers, and allies like Estancia Baño Nuevo and Fundación Reserva Quimán, which have donated specimens to bring genetic diversity to the population. “Rewilding is the work of many,” says Tompkins. “We cannot underestimate the importance of both partnerships and individual actions in the fight to save species, and restore wild places to their intended splendor.”

The rhea reproduction program was highlighted in the latest IUCN report on global conservation and translocation.

Tompkins Conservation, a strategic partner of Tompkins Conservation Chile, is actively working to reverse the global extinction crisis by rewilding the Americas. Rewilding means restoring natural processes, functionality, and missing species to protected and connected landscapes, then stepping away to let nature heal into wholeness.

Watch below to learn more about the Darwin’s rheas program: