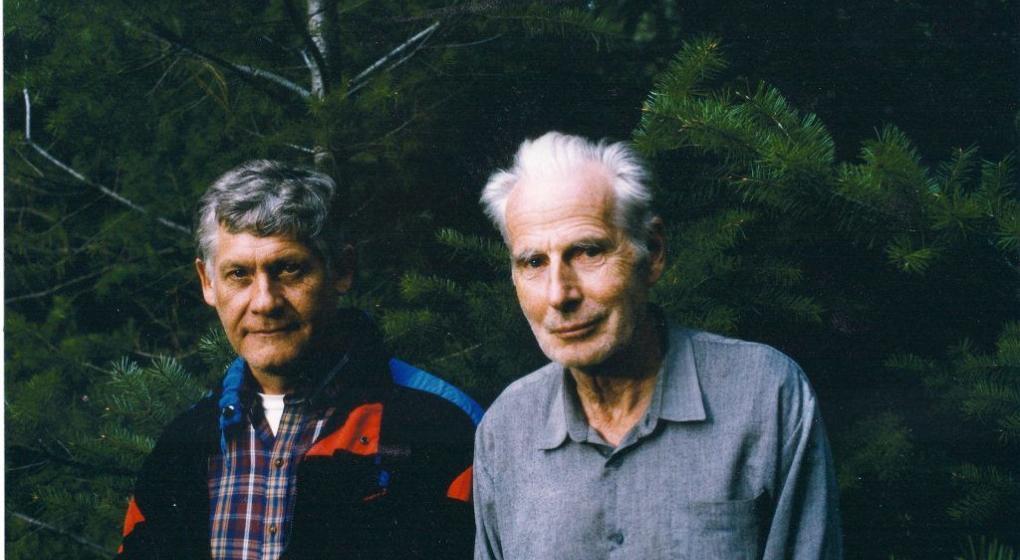 Deep Ecology for the 21st Century: Readings on the Philosophy and Practice of the New Environmentalism, edited by George Sessions

I found George by reading an essay he’d written, which argued that human-centered views of nature were blind to the nature of wild nature. It was smart, articulate. And had an edge of clarity that nailed my dissatisfaction with mainstream environmentalism; and, even more subtly, with environmental literature.

I’d grown up in Southern California with a father who’d spent his youth getting out to the deserts east of the Sierras, and, who, throughout my childhood, took regular departures from practicing law to explore and backpack with our family all over the American West. The definition of a good trip was not seeing other people, getting hot, cold, dirty, hungry, pushed to the physical and mental max; exposed to weather, silence, stars, and a scale of beauty that fell easily into our eyes, our bones. In other words, I knew the nature of wild nature that George was talking about. I knew the scale of it, the ancientness of it. And, I knew that it existed out and away from every law that got passed, every news story, every new theory sweeping the sciences and humanities. 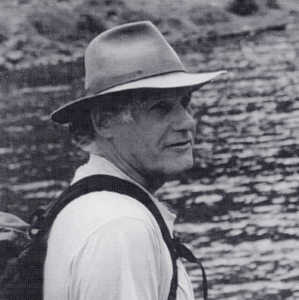 George’s essay was passed to me in the early 1990s by Dennis Rice, then headmaster at the excellent Happy Valley School (co-founded by Aldous Huxley), in Ojai, CA, where I’d once taught. Not long after reading that essay, in 1994, I founded a literary and environmental journal in Nevada City, CA—Wild Duck Review: Literature, Necessary Mischief, & News. It was a solo endeavor, which gave me enormous freedom, issue to issue, to figure out what I wanted to print. I did my first-ever interviews

for the second issue, one of which was with George. We covered the territory of his new book, Deep Ecology for the 21st Century.

Yet, too, George was sui generis. And, I came to know him well. Very early on, we enjoyed one another’s company immensely. We talked, read, hiked, and talked some more. My time with George extended into family time with my kids, then aged 10, 11, and 12. We took road trips, camped, hiked, and, for my kids’ first time, rock-climbed. We explored Yosemite, Eastside Sierras, and the Olympic Peninsula. We talked philosophy, ecology, literature, au courant knucklehead authors, systemic causes, and theoretical dead-ends. We also watched Jim Carey’s Dumb & Dumber over and over with the kids. Made Harry and Lloyd jokes. Drank far too much Diet Pepsi. Ate rare porterhouse steaks with cold beer and shot at cans with his Glock, Colt 45, and multiple rifles. His massive, granite fireplace held pitons and carabiners from the handful of Camp 4 Yosemite climbers he’d climbed with in his earlier years. He lived deep in the woods, a place barely accessible by 4-wheel drive in bad weather. His blue eyes lit up when he was laughing, kidding around, being silly, testing the boundaries of play. Which was pretty much all of the time. Unless he was serious. Then, the world slowed down into deliberate, driving sentences, each carefully reasoned, drawing upon acres of scholarship and current reading.

His personal correspondence ran from Ed Abbey, to Gary Snyder, to Arne Naess, and, to others at the forefront of what was then a defensive and protective war against those warring on nature. But his work was intellectual, it was big picture, it had competitors and enemies and pieces to move forward on that battlefront. He loved to talk for hours on the phone. George’s heart was huge, wide open. The anguish he felt, that he lived with—for the shrinking wilds of California, especially—was deep and ever-present. It humbled him, this anguish. While others positioned themselves to win prizes and go down in history, George shied away. He could not not be humble. He taught at the community college level, in the trenches, grading papers and lighting up minds. George loved and thought and wrote and taught all-out, 100%. Every once in awhile, he’d disappear for a few days—take off through Tahoe to Spooner Pass and down into Nevada to gamble. Play Black Jack. He had the kind of mathematical mind to be good at it. Plus, he liked eating casino buffet and drinking scotch. He was a man of extremely high intelligence, wide contradictions, unpredictabilities, and boyish charm. A warrior of warriors.

Deep Ecology for the 21st Century: Readings on the Philosophy and Practice of the New Environmentalism, edited by George Sessions

“Postmodernism, Environmental Justice, and the Demise of the Ecology Movement?”

“Political Correctness, Ecological Realities, & the Future of the Ecology Movement”

“Reinventing Nature: The End of Wilderness? A Response to William Cronon’s Uncommon Ground”

“A Reply to Jack Turner”

“The Sierra Club, Immigration, & the Future of California”

A wonderful memorial piece about a man that was so influential in the lives of so many people growing up in Nor Cal. I was one of George’s students in the late 70s and he changes my life. Because of George I became a philosophy major and took a degree in philosophy and taught for 30 years challenging young people to think for themselves. George was a treasure and we will never see the like of him again.

George Sessions, I give thanks to life, for the oportunity to have met you.
You were a wonderful man……

George was truly one of a kind. A brilliant man and an even better friend. He was a guest in my home and a fan of my music. He could often be found sitting quietly at a table, drinking beer, and people watching at a pub in Auburn while I performed tunes on stage. Sometimes, playing drinking games with my father. But my favorite times with him were at Sierra College campus while I was a student there in the late 70’s. He was never too busy to talk and always gave you his undivided attention. He was “all in” no matter what he was engaged in. He touched so many lives and hearts. He is greatly missed.