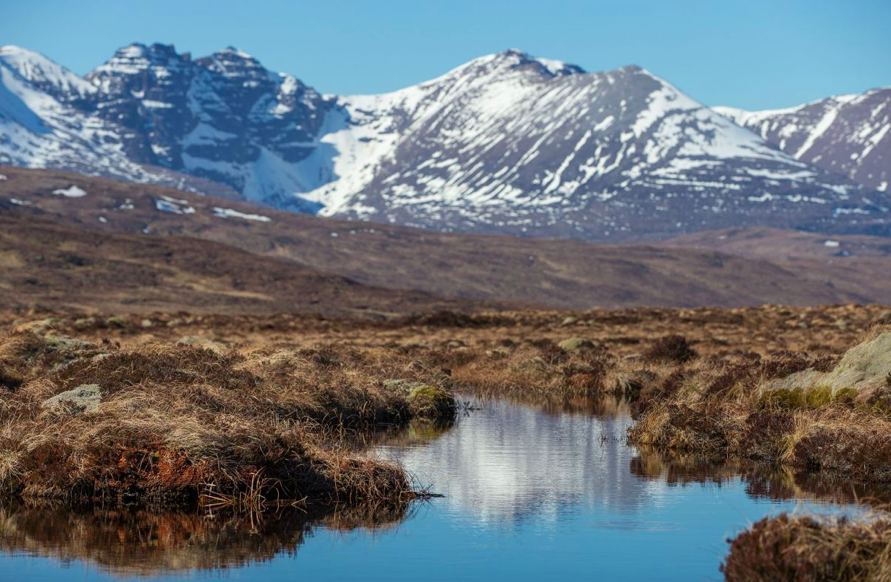 Rewilding: A walk on the academic side of rewilding

Reviewed by Vance Russell of Ecosulis

This review originally appeared on the Ecosulis blog.

Photo credit above: Scotland is an area of the UK where rewilding principles could really be applied at landscape scale. Photo: Daniel Allen

I decided to give Rewilding, a read when I saw an enthusiastic tweet from Chris Sandom (@naturebased) about receiving his new copy of the book. By the time I’d finished, the book had encouraged me to think about rewilding in a partially new and unexpected light—especially from a sociological viewpoint. The authors set out to publish a scientific tome written by leaders in the field, including both social and ecological perspectives on the emerging field of rewilding. In this they have largely succeeded, but some may find the approach overly academic.

Pettorelli et al. cover a broad sweep of topics, including trophic rewilding, technology, psychology, art, land abandonment, carnivore reintroduction, management and conservation evidence/auditing. The authors have created an authoritative, wide-ranging text, although there are some missing elements and the chapters could be organised better.

As Chris Sandom inferred in his tweet, this would be an excellent book for a class or seminar on rewilding. My first recommendation is don’t be put off by the cover photo. Quite what a fox on a doorstep has to do with rewilding is anybody’s guess. Once you get around to opening it, read the chapters that take your fancy, or go experience some of the places and projects described and learn the field firsthand!

But back to the content. Definitions! ‘Rewilding’ is defined multiple times during the book, perhaps because the term means so many different things to so many different people. Rewilding is exciting, definitions…not so much. However, Durant et al. (Chapter 20) provide an inclusive and hopeful meaning to rewilding, when they state:

“…rewilding can be identified in purely ecological terms, but the concept has the capacity for delivering something bigger and more multidimensional…Rewilding could become a pragmatic approach to conservation that is inclusive of people, is forward-looking and is dynamic and adaptable.”

It is with this new hope for conservation in the face of climate breakdown, rapid deforestation and species loss that this rewilding book provides a narrative of optimism and opportunity from multiple perspectives. This leads me to what I really enjoyed about Rewilding. 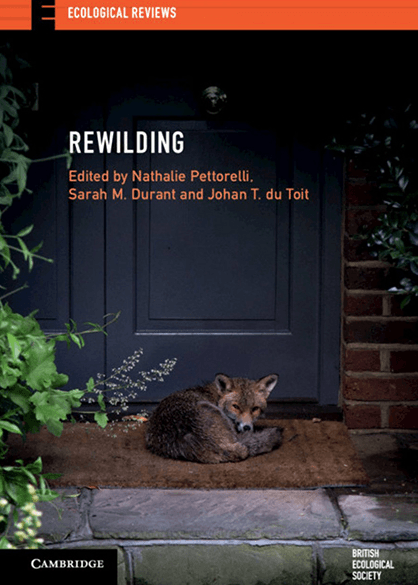 The book is roughly divided into several sections, with an ecological focus at the beginning and a socioecological focus toward the middle and end. Trophic Rewilding (Svenning et al., Chapter 5) cogently provides the scientific basis for restoring missing predators and/or herbivores as well as guidelines for implementation and future research. Svenning also provides an excellent discussion of ecological design, noting important considerations (and challenges) offered by scale, non-native analogues, ecological memory and habitat restoration.

I have a keen interest in applying technology to conservation problems, so I found the chapters on the High Art of Rewilding and Rewilding Cities (Hall, Chapter 11 and Owens and Wolch, Chapter 14) particularly insightful and thought provoking because they interweave technology, art and urban into the rewilding oeuvre. You wouldn’t expect a chapter on rewilding and art to ask whether robotics and AI could be the next wilderness management frontier, with humans painted out of the picture! The authors rightly question whether human-developed algorithms, with a human bias, will ever be wild and self-willed enough.

Similar thoughts on technology re-emerge in Chapter 14’s Rewilding Cities, although I purposely avoided reading this chapter until I had completed the others. In fact, I was sceptical about the thesis by Owens and Wolch linking urbanism with future ecologies. But to give the authors their due, they do go beyond urban-nature connections to try to understand rewilding through the lens of urban-based technology such as mobile computing and automated transportation.

Chapter 14 features a case study on how autonomous car technology could enhance rewilding. Collisions involving wildlife cause $4 billion in damages and 200 human deaths every year in the United States alone. Autonomous terrestrial or aerial vehicles and the accompanying transport system could free up countless hectares of space for wildlife movement by reducing the area needed for driving. Eye-opening stuff!

Chapter 12, “Rewilding a Country” (Sandom and Wynne-Jones) is a well thought out and pragmatic review of rewilding in the United Kingdom. The UK is often cited as impoverished when it comes to flora and fauna, yet promising recoveries and reintroductions of species such as beaver, otter, white-tailed eagle, golden eagle and pine marten are now ongoing. Although these positive conservation cases offer hope in the face of news about declining biodiversity, the authors highlight challenges, such as the need to balance concerns of livestock producers with trophic predators, and the divides between upland-lowland and north-south with regard to rewilding efforts.

Rewilding offers well-written essays by leaders in their respective fields, but could be structured in a better way. Ecologically based chapters should be consolidated into one section, and a summary of research needs or even an entire chapter dedicated to prioritised research would be welcome. While two separate chapters discuss technology, a single chapter focused solely on tech would be more instructive.

I also have more specific criticisms:

Rewilding: the movement or the discipline or both?

For this initial effort I would say well done to the authors and give the book an 8 of 10. There are fits of brilliance, incisive analysis and thought-provoking discussion in the tome, but despite the excellent writing and well-rounded, multi-disciplinary analysis of the field, the organisation could be tightened up and some of the gaps and inconsistencies sorted out. I do recommend it, but as a reference or a textbook for a class, or for when you need to satisfy your occasional trophic rewilding cravings. 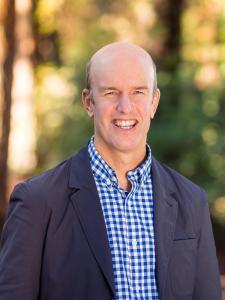 Vance Russell is the Biodiversity Lead at Ecosulis, which provides a variety of services including rewilding, wildlands plans, and approaches to landscape-scale conservation. Prior to coming the UK, he was California Director of Programs for the National Forest Foundation and Director of Audubon California’s Landowner Stewardship Program working with farmers and ranchers throughout California. Vance is chairman of the board for Groundswell International, serves as a trustee for the South Downs National Park Trust and one of the founding members and former board member of the Wild Farm Alliance. Vance is a member of the Rewilding Leadership Council.