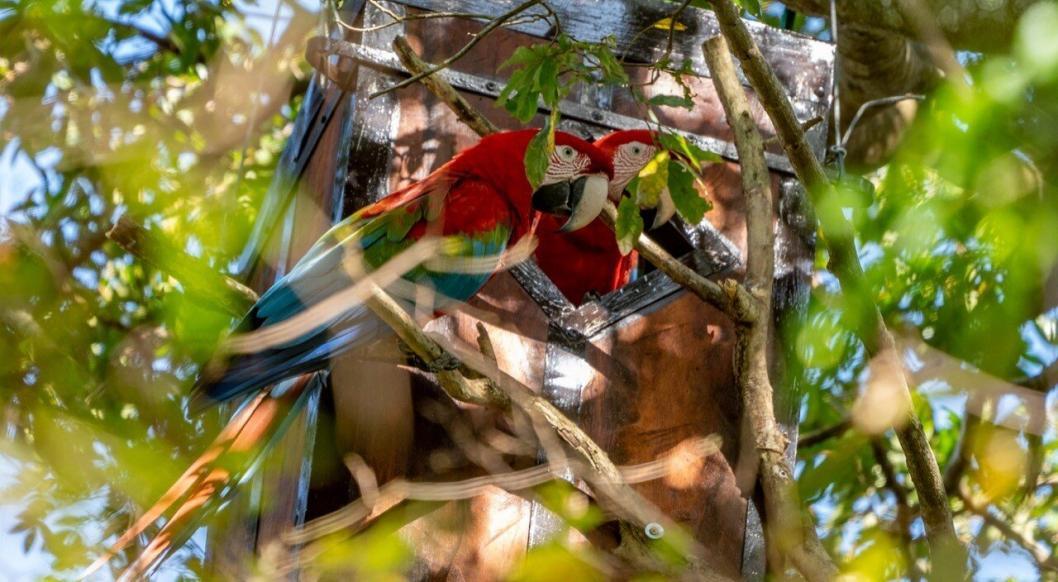 Lockdown continues in Argentina. Although most of our activities on the ground continue almost full speed, the movement of animals from their original locations to our quarantine centers and subsequently to the rewilding nuclei has almost stopped these last few months. This is the main reason why unfortunately there aren’t many reintroductions to report. However, we still have some good news from the field that we thought you might enjoy.

Red and green macaws have been extinct for over a century in the Ibera Wetlands of Argentina. We have released individuals donated from zoos that were re-trained to live in the wild with great success. To support their reproduction and provide homes for reproductive pairs, nest boxes in different forest patches were installed. After these custom-built nest boxes were placed on top of the tallest trees one was immediately adopted by a reproductive pair. Currently there are 4 macaw reproductive pairs (the most since the beginning of the project!) so the chances of soon seeing the first macaw chicks have never been higher. (Note featured image above: Red and Green Macaws (c) Rewilding Argentina)

At the end of 2019, prints were discovered from a wild jaguar in El Impenetrable National Park. It was the first registered individual of this endangered species discovered in the park. Argentina has an estimated 200 jaguars left. Now, our El Impenetrable team is building a new jaguar reintroduction center inside the national park. The purpose of this new enclosure is to allow wild Qaramta to mate with a captive female, Tania, who successfully raised cubs that will be released in the Ibera wetlands. Our goal is to eventually release these cubs into the wild to expand the jaguar population in El Impenetrable and help restore a healthy population throughout the feline’s distribution area in northern Argentina.

Two giant river otters donated from European zoos, Alondra and Coco will reestablish the population of this extinct species in the Ibera wetlands. They were copulating until late July, now Alondra is showing signs of pregnancy. We hope to have good news in October! Once they have their cubs, they will raise them in their semi-acquatic pen and be released as a family. 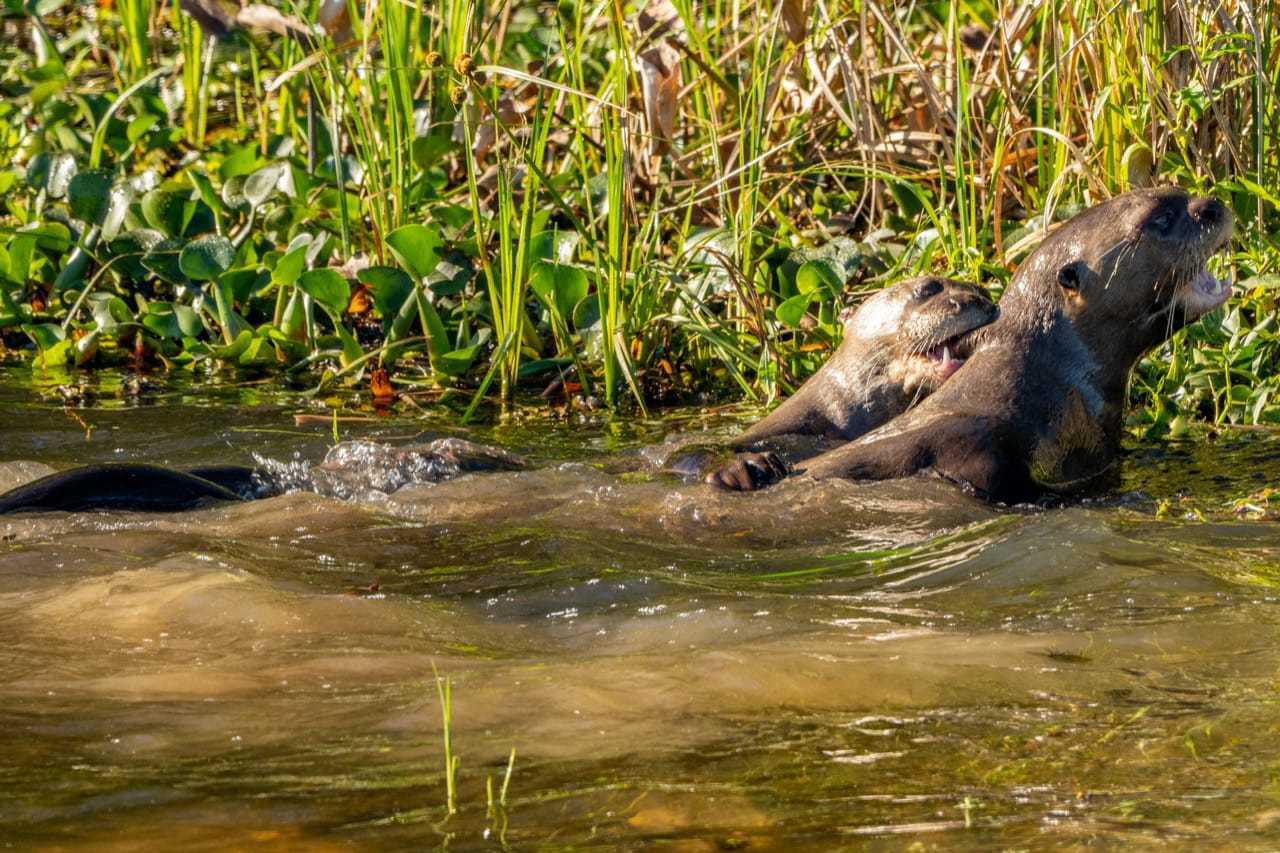 Three giant anteaters were rescued when they were ten days old. Our first rescued animals of the year, they will remain at our rescue center where they can grow stronger until they are ready to be released into the wild. 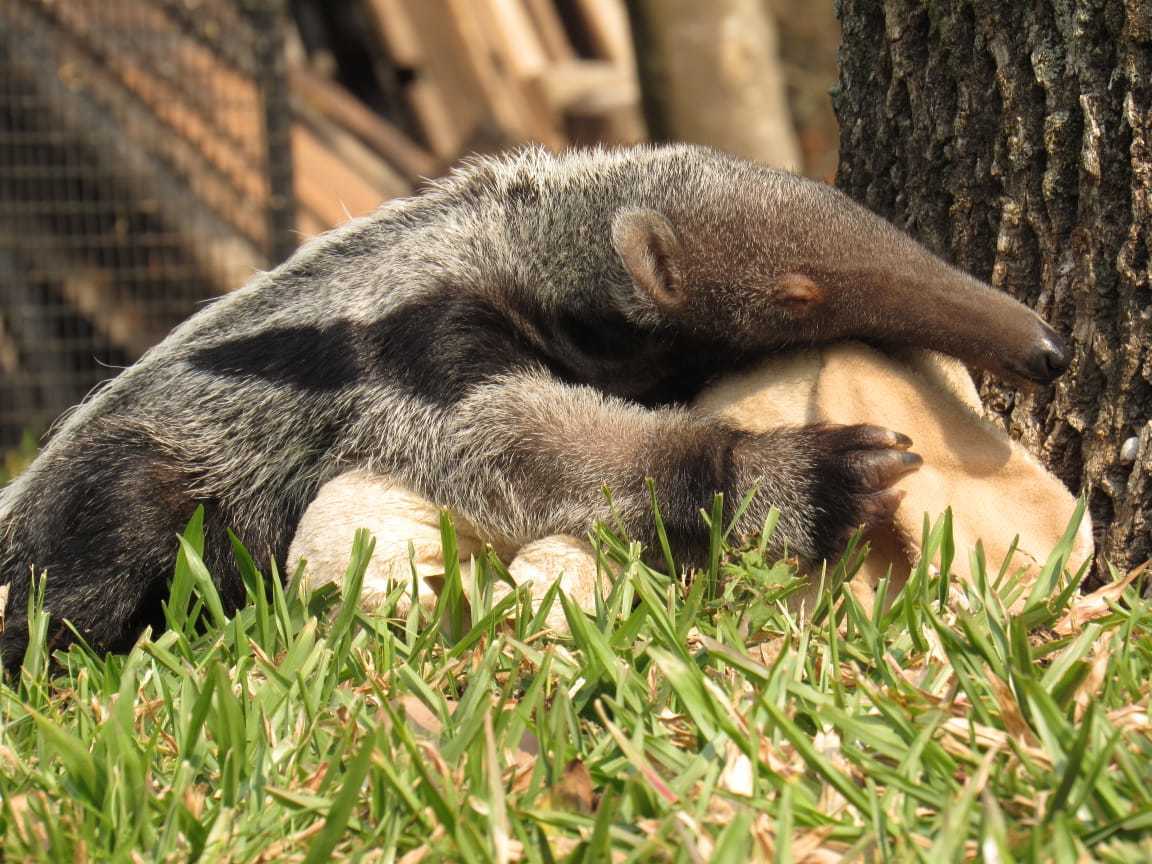 At our newest project, Patagonia Azul, our experimental red algae restoration project is exceeding our expectations. With planted algae thriving, we hope to start restoring algae meadows at a larger scale soon (see the video here). On the video, you can see the local team’s frequent encounters with marine mammals on their excursions. 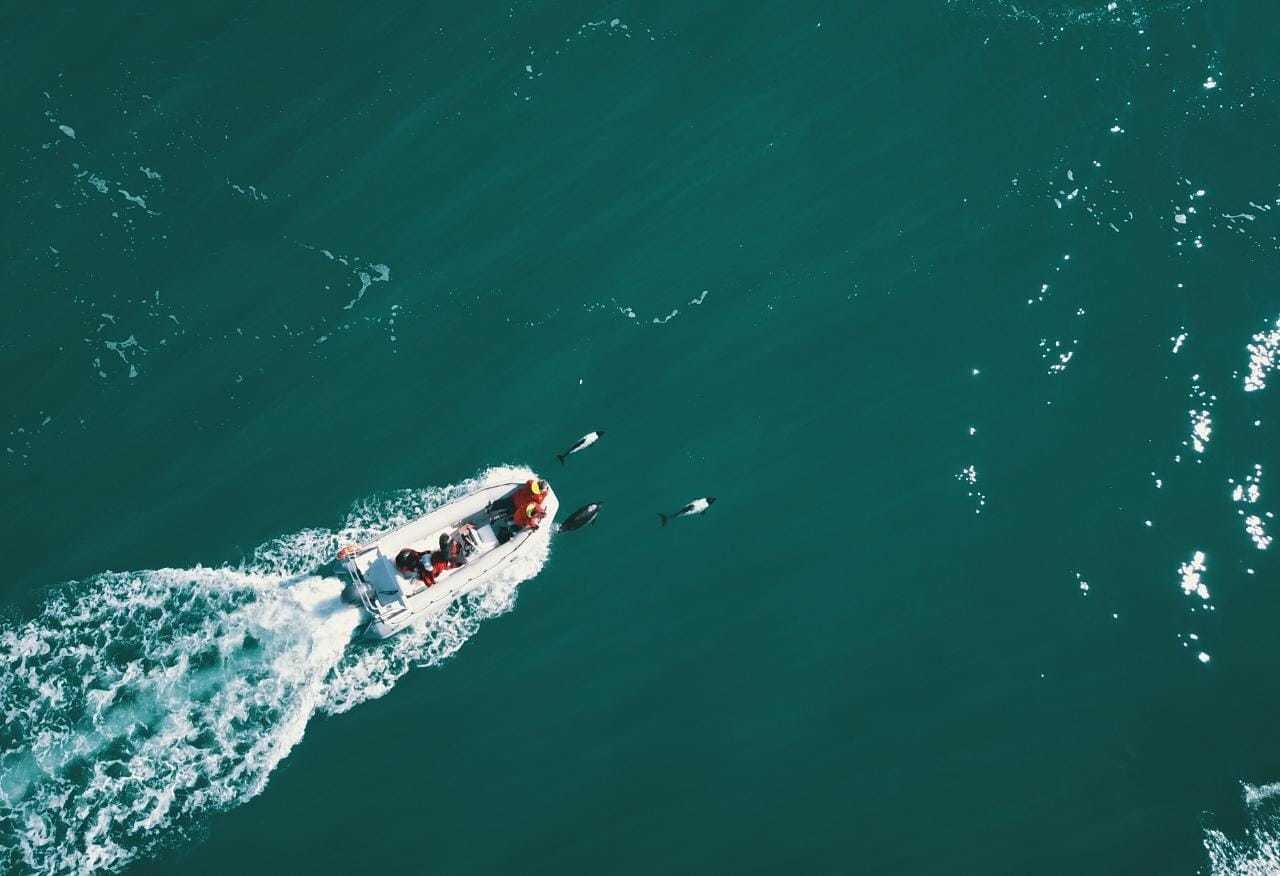