Rewilding Argentina Updates from the Field

Rewilding Argentina projects keep moving forward on the ground and we want to share the latest updates with you (April 2021).

Rewilding Argentina is working on releasing a foundational population of jaguars to restore the species to the Ibera wetlands. The first release happened in January. The second family group, an adult female named Juruna and her two cubs, were transferred to the 30-hectare pre-release pen, where they will remain for a few weeks before being released.

The three free jaguars, Mariua and her cubs, have moved south, mostly using the wetland habitat. Several clusters indicating that they have been successfully hunting have been registered. Most of them correspond to capybaras and feral pigs. 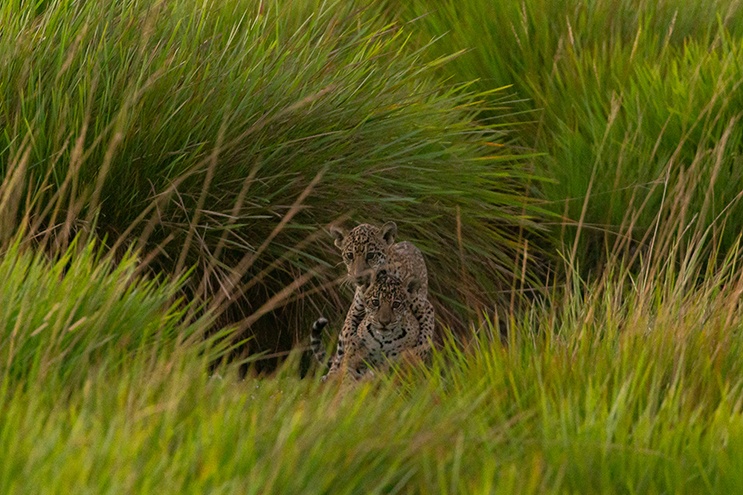 Cubs play in the wild

After a 150-year absence, this species is once again flying free in the wetlands. The first two chicks born in the wild continue to develop well. Every day they fly longer distances, mainly in the company of their father. They have started to eat native fruit on their own, but still continue to receive food from their father daily. 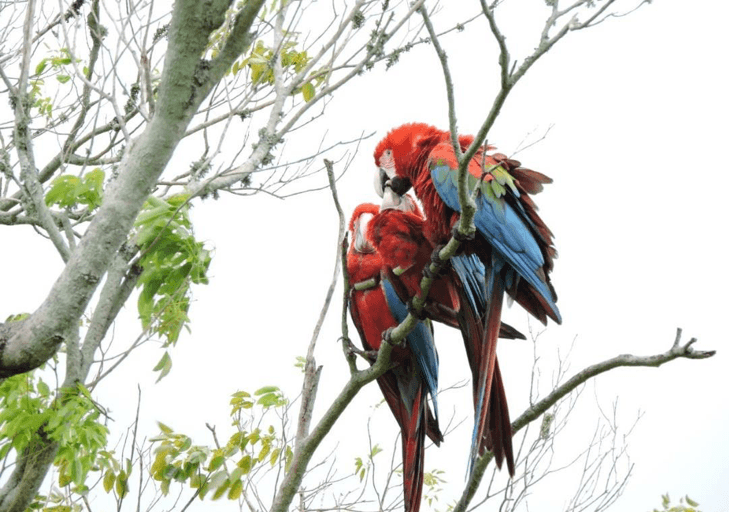 The GPS harnesses of two giant anteaters were removed after their successful release into the wild one year ago. This species is typically monitored for one year post-release to ensure adequate adaptation, especially during the winter season, when food is harder to find. 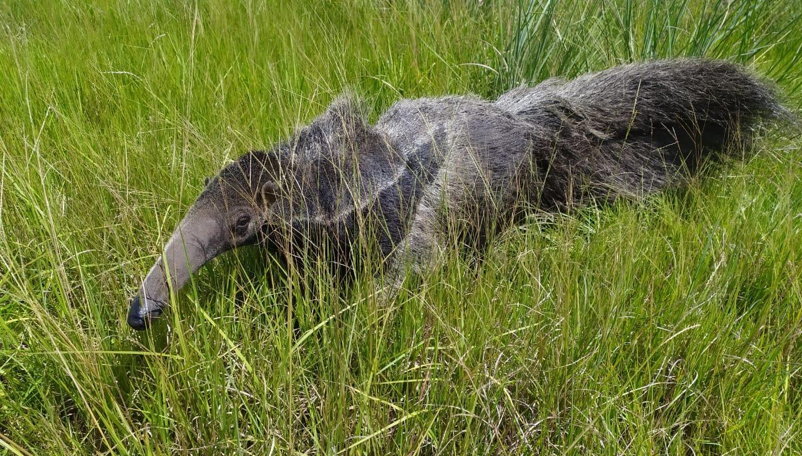 One of the anteaters after the harness removal

The top aquatic predator of the wetlands, giant river otters went extinct in the middle of the 20th century. A mating pair now living in a pre-release pen will be the first to return. Coco, the male otter, was observed through camera traps moving three pups out of the natural burrow that he had built with the female some months ago. Sadly, the pups were not seen again, and Coco and Alondra began to copulate days after, which is common behavior when their offspring is lost. In order to increase the survival chances of future pups, a second artificial burrow will be placed with an internal video camera system that will allow our team to monitor and assist the offspring immediately after birth. 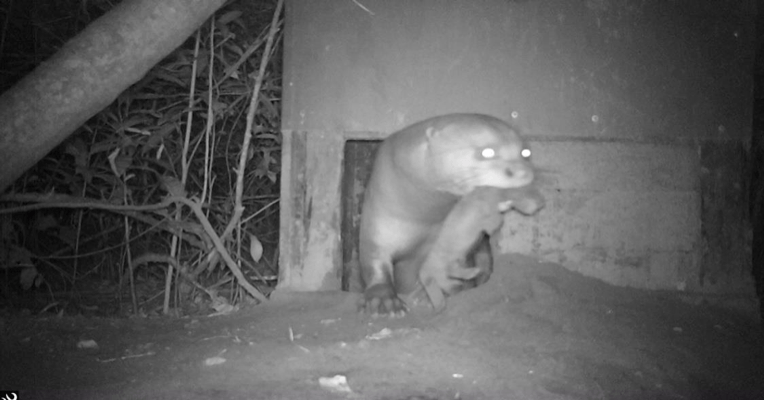 Coco taking a pup out of its natural burrow

Community engagement is one of the key elements contributing to successful conservation. Talks about the jaguar reintroduction project were given to tourism guides and provincial park rangers who offered very positive feedback. Also, members of the Forestry Partnership (an organization of entrepreneurs in forestry production) visited the Jaguar Reintroduction Centre and took interest in the project.

Juan, the community engagement coordinator, continues his visits to the local residents. People are usually curious about jaguars and ask him many questions. He now uses a newly acquired tablet to show jaguar pictures, information, and videos. 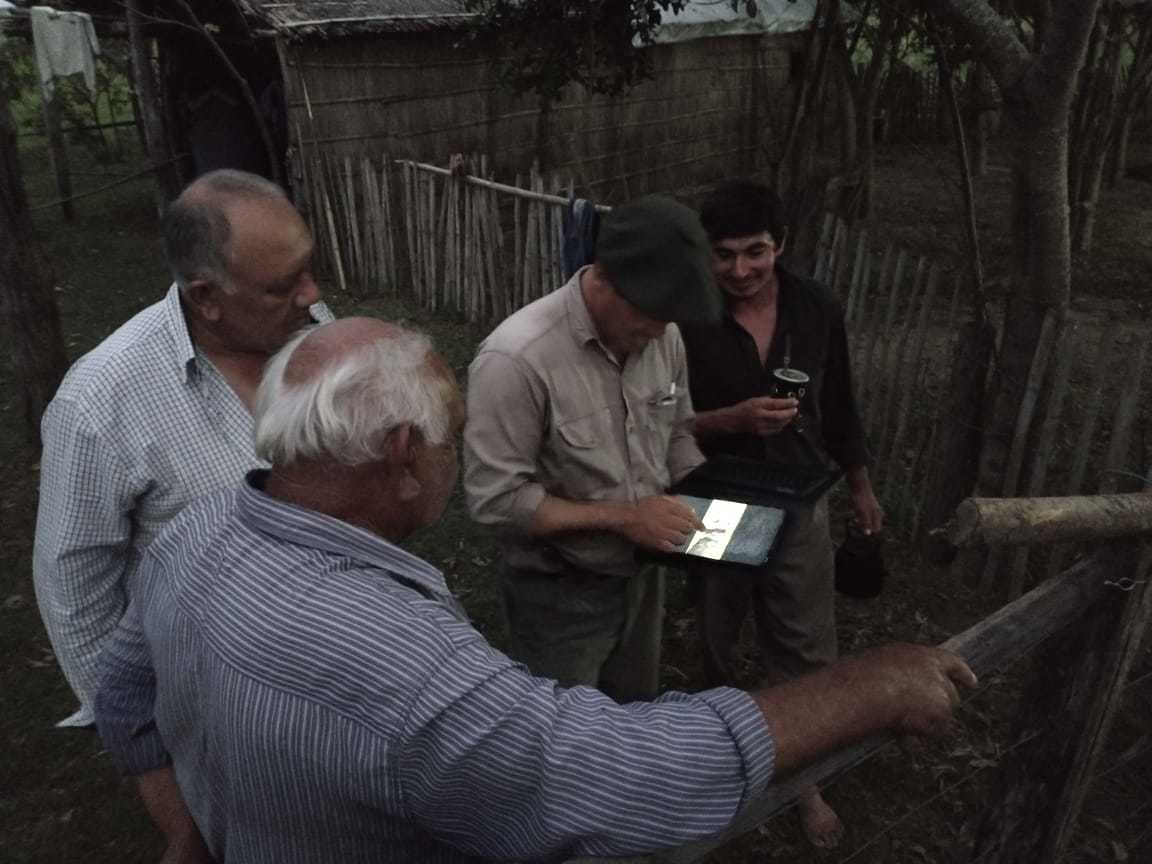 Juan showing videos of the jaguars to local people

SEA CLUB
Educational activities continue to be carried out in the Patagonia Azul project as part of the Sea Club, which aims to connect people from the town of Camarones with the ocean. This time, it was through educational games, kayaking, and sea bird watching. The participants learned how to use binoculars for the first time and to recognize shorebirds. 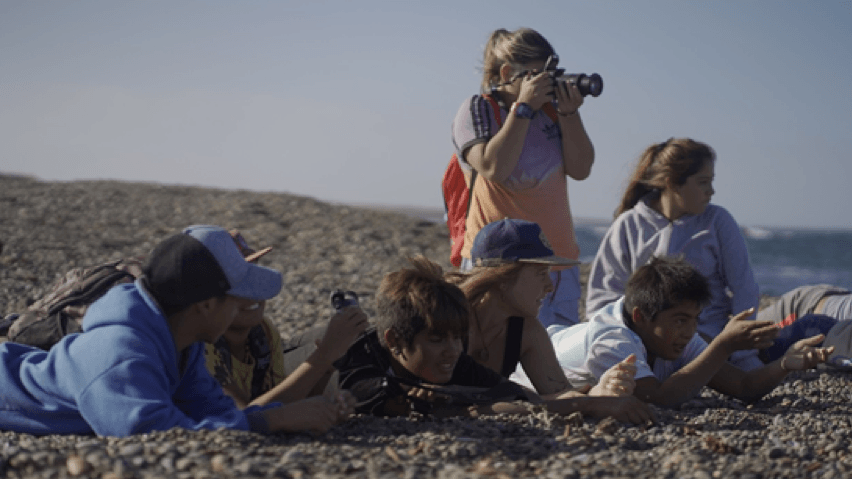 Sable and her cubs were registered in video for the first time! In November, we noticed the female puma behavior to be changing, she constantly visited the same area and significantly decreased her range. We later found the bush where she had given birth, confirming our suspicions. For that reason, we have kept our distance so she doesn’t feel threatened. Recently we were able to capture her and her two cubs on-screen, by maintaining a considerable distance. Click here to watch the video.

Four Wolfsohn’s viscachas were translocated to the Caracoles Canyon as part of the Patagonia Park project. Three of the individuals have remained together and have settled in a perfectly sheltered spot. The fourth individual is an adult female that was released on a rock wall where two previously released “single” males live. 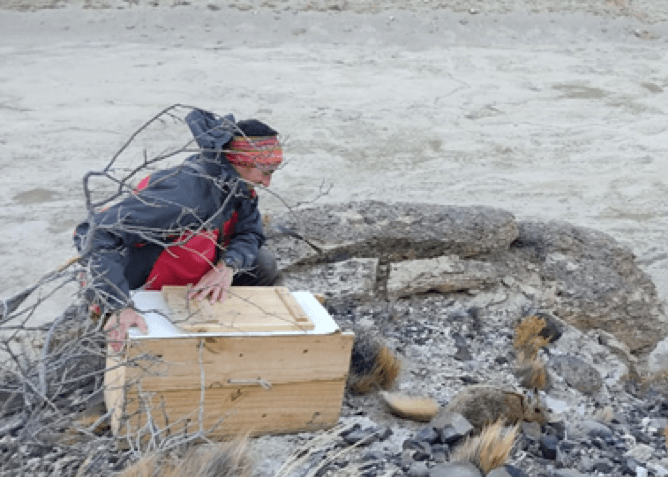 Translocation of a Wolffsohn’s viscacha

All photos in this post are courtesy of Rewilding Argentina.