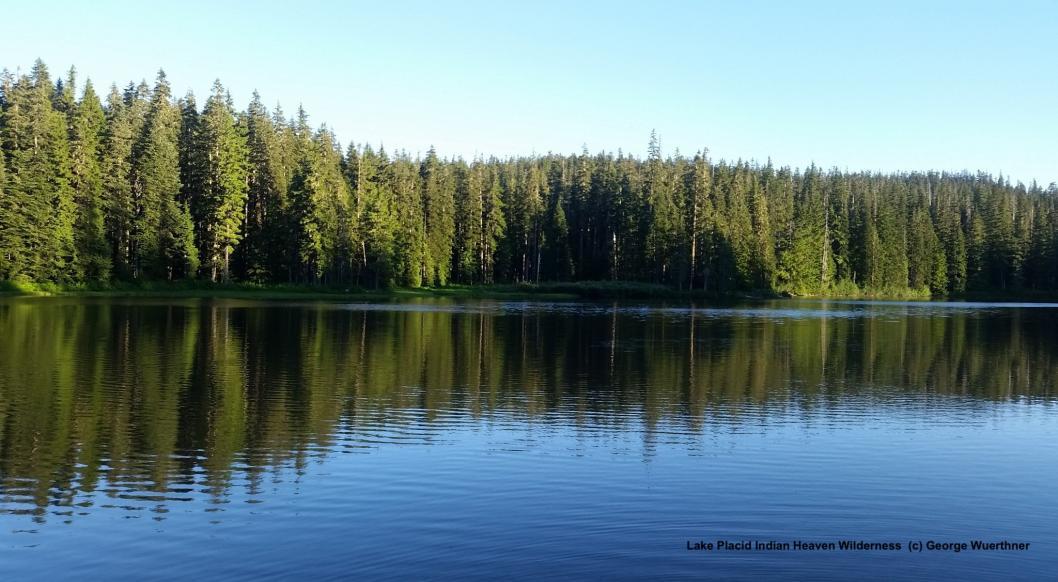 Rewilding, in essence, is giving the land back to wildlife and wildlife back to the land.

It is restoring natural processes and species, then stepping back so the land can express its own will.  Rewilding often focuses on the apex predators – like wolves, great cats, crocodiles, sharks, and salmon — and other keystone species that tend to need wild space and be lost quickly in domesticated or exploited lands and waters.  Rewilding thus aims for restoration at a grand scale, the scale of conservation needed by wide-ranging species.

The term ‘rewilding’ was coined by Dave Foreman, co-founder of Wild Earth magazine and The Wildlands Project, in the early 1990s.

The concept of rewilding was further articulated by Michael Soule and Reed Noss in their classic Wild Earth paper “Rewildling and Biodiversity: Complementary Goals for Continental Conservation” in fall 1998.  Other leading conservation biologists, including John Terborgh, Jim Estes, Susan Morse, John Laundre, and Cristina Eisenberg, have further elucidated the rewilding concept and added to its scientific rigor, through their books, articles, and classes.

As these and other conservation biologists have shown, top carnivores are not just pretty faces or effective icons for endangered species campaigns; they are central players in healthy ecosystems.

Removal of apex predators has had cascading effects (‘trophic cascades’ a term some biologists use) in terrestrial and aquatic ecosystems around the world.  To give just two from a growing litany of examples: Since the eradication of Pumas and Gray and Red Wolves from the eastern United States, White-tail Deer have become unnaturally abundant and sedentary, and are now browsing Eastern Deciduous forests to the ground.  In the western US, since the extirpation of wolves, Elk and/or Mule Deer are similarly overpopulating and over-browsing aspen groves and other sensitive plant communities.  The science clearly shows that restoring the missing predators is essential to restoring the plant communities.

Rewilding, though, is as poetic an idea as it is scientific, and may sometimes be best expounded through art and direct experience on the ground.

A painting of a Gray Wolf pack taking an old lame Moose, or better yet the thrill of watching that scene through binoculars in real life, may realize the rewilding concept better than any scientific paper could.

Thanks to the good work of conservationists and restorationists the world over, rewilding is happening in many places.

Rewilding in Europe has succeeded in restoring Beavers to parts of Scotland, Wolves to many parts of mainland Europe, and Lynx to Iberia.  River liberators have removed dams and reopened salmon runs from the Kennebec and Penobscot Rivers in Maine, the Elwha River in Washington, the Eklutna River in Alaska, and hundreds of other places.

Wolves have been famously restored to the Greater Yellowstone Ecosystem and from there have recolonized as far away as northern California – to the redounding benefit of riparian forests and the many creatures who depend upon those lush ecosystems.

Peregrine Falcons and Bald Eagles are now numerous again in much of North America, since successful restoration programs and the banning of DDT many years ago; and even the highly imperiled California Condor is now soaring again over some of its old southwestern strongholds. Cheetah and Lion restoration efforts have succeeded in some parts of southern Africa.

Rewilding Ibera is systematically restoring extirpated species to those vast Argentinian wetlands, with Pampas Deer, Tapir, Collared Peccary, Giant Anteater, and Green-winged Macaw already back out there and Jaguars being raised for release.  Tallgrass prairie and savanna naturalists have restored many sites in the Midwest US; and the American Prairie Reserve in eastern Montana is being pieced together by wildlands philanthropists and repopulated with Bison. 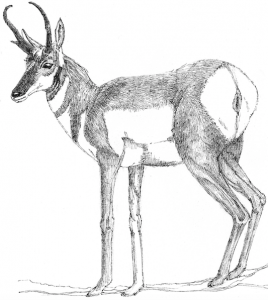 One of the great, if accidental, experiments in rewilding is New York’s Adirondack Park.

Here, just hours north of Wall Street, in a landscape largely denuded a century ago by timber and railroad companies, state land protection has allowed the return of Beaver, Fisher, River Otter, Moose and other once-extirpated species to forests approaching old-growth stature again.  Now the land anxiously awaits the return of Puma and Wolf, to ensure its recovering forests remain healthy and diverse.

Caroline Fraser’s important book Rewilding the World gives many more examples, as will Rewilding Earth.  The book that best summarizes priorities for continental conservation and restoration where the idea was hatched is Dave Foreman’s Rewilding North America.

Let’s learn from these scientists and visionaries, then start giving back to the land.  The forests are hungry for Wolves and Pumas; the grasslands hungry for Bison and Wolves; the rivers hungry for salmon and eel; the seas hungry for whales and sharks.  The answer to the overarching crisis of our time – extinction – is rewilding, at all scales, from your back forty to Patagonia’s vast steppe.

Rewilding in the Face of Climate Change

Rewilding “Half Earth” (http://www.half-earthproject.org/) is a logical adaptation strategy given continued worldwide biodiversity loss, land degradation, and climate change, but it won’t just happen out of the goodness of our progressive and/or visionary hearts. It needs to be thoughtfully designed with stakeholder participation. The Landscape Conservation Cooperatives (www.lccnetwork) were convening bodies for stakeholder-driven landscape conservation design (www.lcdinstitute.org), bringing federal, state, and local agencies, non-profits, academics, and private entities together to do just. Now that DOI Secretary Zinke and the USFWS killed the LCCs funding, who will coordinate and facilitate our rewilding half-earth efforts in the U.S.? That’s the question of our time.

Good Points, Rob! The Half Earth vision offers a bold yet achievable goal. Also, LCCs were indeed creating good processes for conservation planning. How about writing for Rewilding Earth on importance of Landscape Conservation Cooperative? Thanks! -John Davis

Hi. I have only recently learned about the re-wilding concept and am somewhat intrigued. I think, generally, it is a great idea. I have seen my native central Florida devastated by development and would sure like it to be reversed. At my core, I am fully in favor of restoring as much of the landscape and wildlife as possible. The only real trepidation I have is that I am also an avid hunter, shooter and gun collector and the groups that typically support a re-wilding type concept are typically against these pursuits. I firmly believe that if the people who claim to be environmentalists would embrace the hunting and shooting community, they could gain a large group as allies. After all, as any logical analysis will reveal, hunters firmly support strong wildlife populations or else the sport we love would be gone. I am curious as to your view on these issues.

Dave Foreman has always been vocal in his support of hunting and fishing. Rewilding Institute as a group are not against hunting or fishing, but want it managed in a way compatible with protection and restoration of the full range of native wildlife, including top carnivores. In the past, the groups he’s founded or been associated with, including Rewilding, have had relationships with hunting groups that aren’t anti-predator and that understand that nature’s balance provides the best hunting experience possible. The problem in the last 10-20 years is that groups that formerly supported at least most of the Rewilding philosophy have been radicalized by the fringe of their memberships to take part in wildlife killing contests and seek removal of predators to prop up game numbers, among several other non-starter issues. This has made it difficult to ally with groups, wondering when they, too, will become the antithesis of their original mission. Yet, Rewilding is open to alliances where both groups need not compromise their position to do good work together.

I have become familiar with Rewilding but reluctant so far to contribute. I’m cautious about yet another environmental organization that may not discuss world and U.S. human overpopulation or unsustainable mass immigration to the U.S., (which takes in more immigration than any other country) in favor of being politically correct. Do you discuss human overpopulation or mass immigration to the U.S.? Thanks for your reply. Linda, Minneapolis

Linda, you can find our statement on overpopulation here: https://rewilding.org/our-programs/population-growth/ We also have many articles and podcast episodes that deal with human overpopulation. If you go to the front page of this site and do a search, you will find all kinds of materials to read and listen to on our stance on the topic. Thank you!