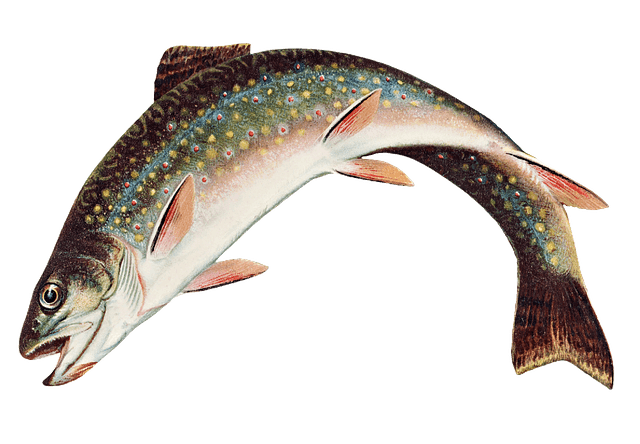 Editors’ note:  Fortunately, rewilding projects and ideas are in the news more and more frequently.  Unfortunately, this is largely because the extinction and climate crises have worsened to the point that truly bold and visionary conservation and restoration work are essential to saving life on Earth.  In this periodic summary, we list some of the notable stories in the media pertaining to protecting and restoring wild Nature that the TRI board and staff discover and discuss.  These are some highlights from February 2022. We urge sharing links to the ones you find most inspiring.  This list was curated by Katie Shepard, Rewilding Earth Managing Editor.

1. Center for Biological Diversity, Petition to the General Services Administration to Reduce and Eliminate Procurement and Acquisition of Single-Use Plastic Products [Feb. 3, 2022]

“The world faces an undeniable plastic crisis driven in large part by the use and disposal of single-use plastics. The United States government, as the single largest consumer in the world, can leverage its purchasing power to catalyze a more sustainable marketplace. The petition asks the General Services Agency, the procurement arm of the federal government, to prohibit federal agencies from buying single-use plastic products.” The Rewilding Institute signed on to this petition.

“Poaching is the main cause of mortality for many large carnivores, and mitigating it is imperative for the persistence of their populations. For Wisconsin gray wolves (Canis lupus), periods of increased risk in overall mortality and poaching seem to overlap temporally with legal hunting seasons for other large mammals (hunting wolves was prohibited). We analyzed monitoring data from adult, collared wolves in Wisconsin, USA (1979–2012, n = 495) using a competing-risk approach to test explicitly if seasons during which it was legal to train hunting hounds (hounding) or hunt other large mammals (hunting) affected wolves’ hazard of cause-specific mortality and disappearance. We found increases in hazard for disappearances and documented (‘reported’) poaching during seasons with hunting, hounding or snow cover relative to a season without these factors. The ‘reported poached’ hazard increased > 650% during seasons with hunting and snow cover, which may be due to a seasonal surge in numbers of potential poachers or to some poachers augmenting their activities. Snow cover was a major environmental factor contributing to poaching, presumably through increased detection of wolves. Our study suggests poaching is by far the highest mortality hazard for wolves and reinforces the need for protections and policies targeting poaching of protected populations.”

Fran Santiago is Science Advocate for the Big River Connectivity effort, and Adrian Treves is an advisor to the Wildlife For All coalition, of which TRI is a part.

“Work has begun on a 116-mile long fence on the Polish-Belarusian border. Scientists call it an environmental disaster.”

“Public wildlife management in the United States is transforming as agencies seek relevancy to broader constituencies. State agencies in the United States, while tasked with conserving wildlife for all beneficiaries of the wildlife trust, have tended to manage for a limited range of benefits in part due to a narrow funding model heavily dependent on hunting, fishing, and trapping license buyers. To best meet the needs, interests, and concerns of a broader suite of beneficiaries, agencies will need to reconsider how priorities for management are set. This presents an opportunity for conservation program design and evaluation to be elevated in importance. We argue that success in wildlife conservation in the U.S. requires assessment of both decision-making processes and management results in relation to four questions: conservation of what, under what authority, for what purposes, and for whom?”

“Fueled by climate change, the drought that started in 2000 is now the driest two decades since 800 A.D.”

7. Tampa Bay Times, To save the lynx, the lemur and the Florida panther, curb population growth by Karen Shragg [Feb. 7. 2022]

8. San Francisco Chronicle, Newts and roads don’t mix. So these Bay Area volunteers make sure they get to their destination [Feb. 21, 2022]

“The Chileno Valley Newt Brigade, [is] one of two Bay Area volunteer groups dedicated to preventing Pacific newts from becoming roadkill as they make their way from forest habitat to lakes and streams during breeding season. Thousands of the perilously slow creatures die on Bay Area roads each year, and the volunteers persevere through rain and darkness, even when their efforts are met with indifference, scorn or puffed up chests.”

“Very nice to hear of this.  Here in Amherst, MA they built 3 tile drains under the highway for salamanders to cross safely. While the project was under construction volunteers, with nitrile gloves, moved the salamanders across the road.  That was about 10 years ago.  Every year they clean the pipes out and make sure each end is clear and free of debris.  Nice that the locals here absorb that cost.” –Jason Kahn, TRI President

“For years, a sweeping, treacherous curve on Highway 17 through the Santa Cruz Mountains has posed risks for motorists zooming between Silicon Valley and Santa Cruz beaches. But it’s been deadly for another group of travelers: Mountain lions, deer and other wildlife, which have been killed in surprisingly high numbers there while trying to cross the highway. In a unique effort being watched by biologists around the state, crews on Wednesday began construction on a $12 million project to build an underpass for mountain lions and other wildlife under the four lanes of Highway 17 at Laurel Curve.”

“That is excellent news, Dave, thanks.  Hopefully more projects like this will pop up where they are needed.” –Jason Kahn, TRI President

“Worsening heat and dryness could lead to a 50 percent rise in off-the-charts fires, according to a United Nations report.”

“I was born at the beginning of the ‘Great Acceleration.’ Look where a mere 75 years have gotten us.” – Dave Foreman, TRI Founder

“Bringing back beavers, bears and bison across the world could significantly improve the state of the world’s ecosystems. A report funded by the United Nations found that the return of large mammals could shore up the health of the natural world, tackling climate change and biodiversity loss in the process.”

“Two conservationists told the Washington Examiner they warned the 20 members of the Senate Committee on Environment and Public Works in late 2021 that the nominee, Martha Williams, lacks a ‘scientific education’ in a relevant field, a requirement Congress codified into law during the Nixon administration. Despite the warnings, the committee voted 16-4 in January to advance Williams’s nomination to lead the Fish and Wildlife Service, and the Senate confirmed her nomination by voice vote on Thursday.”

“Environmental groups around the country are urging the Biden administration to ban the harvesting of old and mature forests on federal lands. The coalition, called Climate Forests, has referenced a Vermont project with thousands of acres of proposed logging as an example of activity they’re trying to stop.”

“Logging season in Romania runs seven months, from mid-September through April, a frenzy of chain saws chewing through millions of spruce, pine, oak, maple, beech, fir. Some of the wood is cut legally; most of it is not, and violence between the logging industry and its opponents breaks out often. […] In an accident of geography and history, Romania is home to one of the largest and most important old-growth forests left in the world.”

“Peat’s power is how efficiently it stores carbon. Bogs, muddy swamps and other peatlands make up just 3 percent of Earth’s surface but store twice as much carbon as all the world’s forests. Lokolama’s swamps, it turned out, are part of the biggest network of tropical peatlands in the world, covering over 55,000 square miles of Central Africa and storing more than 30 billion tons of carbon. This vast peatland is relatively undisturbed, for now.”

“If we value what they do, at great personal risk, then they should be paid.  As should the protectors of elephants, the rainforest, the grasslands, & the oceans.” –Jason Kahn, TRI President

“I thoroughly agree.  The Big International Groups (WWF, TNC, IUCN, etc.) should begin a fund for payment and protection of such folks in Africa, Mexico, South America, south and Southeast Asia, and so on).” –Dave Foreman, TRI Founder

16. Colorado College State of the Rockies Project, With Spike in Concern Over Drought, Wildfires and Climate Change, Westerners Are Eager for Action to Protect Public Lands, New Poll Finds [Feb. 17, 2022]

“Federal regulators on Friday issued a draft environmental impact statement saying there were significant benefits to a plan to demolish four massive dams on Northern California’s Klamath River to save imperiled migratory salmon, setting the stage for the largest dam demolition project in U.S. history.”

Excerpt: “How this beautiful interloper from eastern North America got to this place is unclear, beyond that it was part of a human-aided diaspora that loosed brook trout into high-altitude lakes and creeks across the West, from northwest Washington to southern New Mexico. There, brookies’ voracious appetites and rapid sexual maturation have spelled trouble not only for native trout like bull, rainbow, California golden, and cutthroat, which they outcompete, but also for a host of other aquatic organisms, including frogs and salamanders.

As Miller and Field shock and scoop their way upcreek, though, a pattern that could be the key to Leandro Creek’s salvation becomes apparent. Brook trout may greatly outnumber the Rio Grande cutthroat here, in some stretches by more than five to one, but nearly every single one of the brookies the crew captures is male.

That’s because many are a lab-produced variety known as ‘Trojan’ brook trout. They are unique in that they carry not one, but two copies of the Y chromosome that codes maleness; they have no X chromosome to pass on. Unlike many creatures, including humans, fish can survive without an X, and seem unimpaired by the lack. And since 2018, Miller, the lead researcher on the project, and his predecessors have been carrying out a bold new experiment, stocking various streams across the Vermejo reserve with this strain in an attempt to tilt the brook trout sex ratio so far male that eventually the population will stop breeding and blink out on its own. Similar efforts are also underway in a handful of creeks in Idaho, Washington, and Oregon, and Nevada plans to embark on its own stocking program this summer.”

“From the Canadian Rockies to Patagonia, pumas have the largest terrestrial range of any mammal in the Americas. Now, a new study has reported the web of life these elusive cats support, showing how they are connected to more than 485 other species, from eagles feeding on their carrion to elk impacted by their ‘fear effect.’” Here’s a direct link to the study.

Secretary Haaland must muster the courage to issue an emergency 240-day relisting of Northern Rocky Mountain (NRM) region gray wolves followed by an expedited range-wide recovery plan developed by independent scientists. False claims of recovery success are not preventing the heinous slaughter of wolves by the states.”