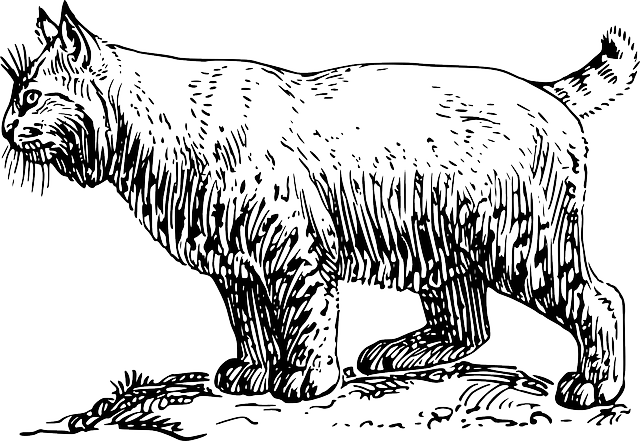 Editors’ note:  Fortunately, rewilding projects and ideas are in the news more and more frequently.  Unfortunately, this is largely because the extinction and climate crises have worsened to the point that truly bold and visionary conservation and restoration work are essential to saving life on Earth.  In this periodic summary, we list some of the notable stories in the media pertaining to protecting and restoring wild Nature that the TRI board and staff discover and discuss.  These are some highlights from March 2022. We urge sharing links to the ones you find most inspiring.  This list was curated by Katie Shepard, Rewilding Earth Managing Editor.

“Let your eyes wander to the areas of this map that deepen into red. They are the places in the lower 48 United States most likely to have plants and animals at high risk of global extinction.”

“Representatives Adam Smith (D-Wash.) and Jared Huffman (D-Calif.) introduced the Voluntary Grazing Permit Retirement Act of 2022. The Act would give federal grazing permit holders the chance to relinquish their grazing privileges for an agreed upon payment of funds.”

“On the 150th anniversary of America’s first national park, one-third of its wolves are dead”

“Endangered Eastern Pacific green sea turtles (Chelonia mydas), which nest and mate on sandy beaches in central Mexico, have been showing up more and more in the waters of San Diego Bay, La Jolla Cove and Marina del Rey. […]

A 2021 research article by marine experts said turtles had ‘undergone substantial population recovery over the last two decades owing to holistic protection at nesting beaches and foraging areas. At the northern end of their range in Southern California … green turtles have been seen in more areas and in greater numbers since 2014 than before as a result.’”

5. Fashion house Chloé has revealed its Autumn/Winter 2022 collection, with an environmental message of “Rewilding.”(X out the popup and scroll to the headline)

“This is perhaps an ironic use of the word ‘rewilding’, since it seems to be about selling expensive clothing to affluent people, rather than about people showing restraint and returning more of Earth to wild Nature, as Dave Foreman intended by the word.  Still, it shows how mainstream the term ‘rewilding’ has become, and reminds us how important it is to keep rewilding true to its roots.  We’re hoping Dave will write a ‘Whither Rewilding?’ essay soon, insisting that, notwithstanding the values of green companies, drum circles, and gastronomic health, real rewilding is about wilderness and wildlife recovery.”  –John Davis, TRI Executive Director

“It’s probably been awhile — and that’s a problem, Oliver Milman writes in his new book, The Insect Crisis.”

“This scares the drool out of me.  I fear I’ll get this book and be even more depressed.  My own experience last spring and summer with pollinators in my yard was close to devastating.  Remember E.O. Wilson’s warning, “It’s the little things that run the world.”  Based on all the papers and data I’ve collected on Insect Armageddon the little things are slip sliding away faster than a cat can wink.”- Dave Foreman

“Curiously, windshield bug splatter seems to be getting worse in Florida, but higher in biomass rather than species richness. The very worst are the lovebug (Plecia nearctica) mating swarms in late spring and early fall – a native species, but doing all too well under current climatic and environmental conditions. What are really hard to find are the large and wonderful saturniid moths.”- Reed Noss

“Out here, my windshield stays clean.  As a youth, I remember so many bugs building up on radiators that cars could overheat if they weren’t cleaned.  We have been monitoring grasshoppers here, and over the years they have declined.  This is most strongly seen in the species that are adults in the fall.  Fall adults rely on regular rain patterns for laying eggs, but the rains are becoming increasingly irregular.”- Brian Miller

“This is the second of three Public Lands Blog posts on 30×30, President Biden’s commitment to conserve 30 percent of the nation’s lands and waters by 2030. In Part 1, we examined the pace and scale necessary to attain 30×30. In this Part 2, we consider what constitutes protected areas actually being ‘conserved.’”

“Three founders of the non-profit Fundación Rewilding Argentina argue that rewilding and ecotourism should be in the toolkit for meeting the 2030 biodiversity targets that will be discussed next month at COP 15, the 15th Conference of the Parties to the United Nations Convention on Biological Diversity, in Kunming, China. ‘Simply setting aside protected areas is not enough,’ they say. ‘Reintroduced species re-weave the fabric of ecological relationships.’ Creating economic benefits is crucial, they argue.”

“Welcome to the 113th issue of the Mountain UPDATE. In this year of Sustainable Mountain Development, wouldn’t it be good if protection of mountain cultures and ecosystems was high on everyone’s agenda…and in wealthy, privileged, well resourced countries like Australia we’d do well to remember the vital role mountains play in the livelihoods of billions of people who depend upon healthy mountain environments for their water, crops, shelter, cultural and spiritual wellbeing. Please read on for a whole bunch of mountain stories about glaciers, animals, national parks and other mountain landscapes from around the world…and in these uncertain, challenging times, stay safe!”

10. A new study published on Feb. 25, 2022: The Value of Trail Corridors for Bold Conservation Planning by Mel B. Wilson and R. Travis Belote

“Abstract: Conservationists are calling for bold strategies to connect wildlands and halt extinctions. A growing number of scientists recommend that 50% of all land must be held in a protected area network to maintain biodiversity. We assessed lands adjacent to the Pacific Crest Trail (PCT) and Continental Divide Trail (CDT) as possible wildlife corridors connecting protected areas in the American West. We evaluated the connectivity, wildness, and biodiversity values of the lands of each corridor and determined the conservation and land management status. We found that our corridors connect 95 protected areas creating two linear protected area chains from Mexico to Canada. Both the PCT and CDT corridors follow many of the best corridor routes previously found in the literature and hold high wildland conservation values. The American public already owns the majority of land units around the modeled PCT (88%) and CDT (90%) corridor. Therefore, we recommend further analysis of the lands adjacent to recreational trails as wildlife corridors. Employing our methodology on multiple scales could reveal that other recreational trails should be buffered and conserved for wildlife movement.”

“Set aside for an isolated Indigenous group, the Brazilian preserve Ituna-Itatá has now been heavily deforested — a grim illustration of the intractable forces destroying the Amazon.”

“Reforestation can fight climate change, uplift communities and restore biodiversity. When done badly, though, it can speed extinctions and make nature less resilient.”

“Fred DuBray’s bison herd in South Dakota has been ravaged by Mycoplasma bovis, a bacteria that has decimated herds across the Plains and the West.”

“The bacteria threaten to undo the partial recovery of Bison in some areas, sadly.” –John Davis, TRI Executive Director

“Glen Canyon Dam has been atop the list of dam removal proposals for rewilding advocates for decades. Drought in the Colorado River watershed is slowly drying the reservoir behind one of America’s most hated dams, strengthening the case for dismantling Glen Canyon Dam and freeing the river.” –John Davis, TRI Executive Director

“The fast-growing call to criminalize mass destruction of nature – ecocide – is now beginning to be heard in the halls of the United Nations.”

“In one of the most used and abused states in the nation, a small but growing number of conservationists have advanced a radical theory: Iowa is ripe for rewilding.”

To learn more about how TRI is involved in the region, see: https://rewilding.org/big-river-connectivity/

“A growing chorus of young people is focusing on climate solutions. ‘It’s too late’ means ‘I don’t have to do anything, and the responsibility is off me.’”

“If we lose too many trees, everything changes.”

“Desert bighorn sheep, bison and thousands of bats call the Armendaris Ranch in southern New Mexico home. Owned by media mogul and conservationist Ted Turner, the ranch spans along the Rio Grande from Bosque del Apache to just south of Elephant Butte Lake. Now 315,000 acres is permanently protected from subdivision and harmful development under a conservation easement with the New Mexico Land Conservancy and U.S. Department of Defense.”

“Public lands across the country have a massive role to play in solving climate change. This interactive map explores the choices before us.”

“I was catching up on the status of extractive industries on public lands, and came across this amazing story map from The Wilderness Society. It weaves together climate change, oil & gas, public lands, wildlands protection, and the need for land connectivity.” –Nadia Steinzor, TRI Strategic Partnerships Director

22. New York Times, Bobcats With a Taste for Python Eggs Might Be the Guardians of Florida’s Swamp [March 28, 2022]

“Despite massive opposition, politicians in Brazil approved expediting a bill that could lead to the loss of over 16 million hectares of forests and cause irreversible destruction to Indigenous territories.”