Rewilding in the Media #13 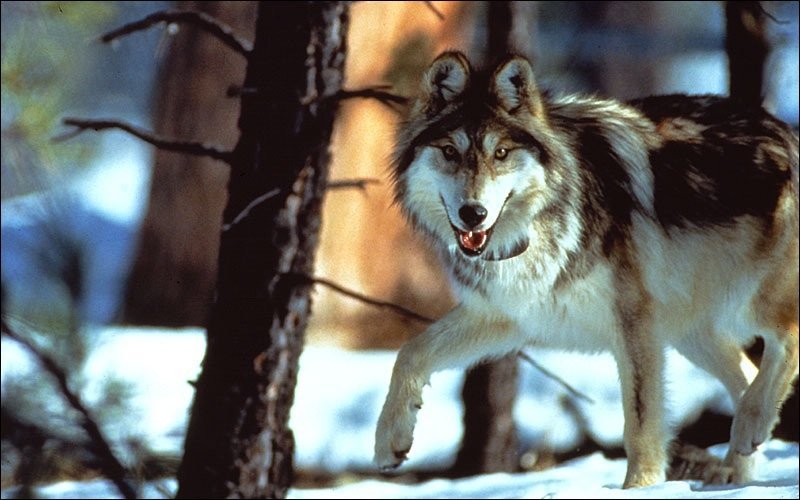 Editors’ note:  Fortunately, rewilding projects and ideas are in the news more and more frequently.  Unfortunately, this is largely because the extinction and climate crises have worsened to the point that truly bold and visionary conservation and restoration work are essential to saving life on Earth.  In this periodic summary, we list some of the notable stories in the media pertaining to protecting and restoring wild Nature that the TRI board and staff discover and discuss.  These are some highlights from May-June 2022. We urge sharing links to the ones you find most inspiring.

1. NPR, Missouri scientists work to save lake sturgeon by electronically tracking them [May 16, 2022]

“Some good news on the ancient Lake Sturgeon.  They seem to be spawning in the Mississippi River near St. Louis. A 4-minute listen on NPR.” – Jason Kahn, TRI President

2. The Wildlife News, BLM Fails To Protect Public Patrimony Through Renewal of Grazing Privileges Without Environmental Review by George Wuerthner [May 17, 2022]

“Western Watershed Project (WWP) recently completed a review of Bureau of Land Management livestock grazing permits that are supposed to be regulated under the Federal Land Policy and Management Act of 1976. With climate change and the West experiencing the worst drought in 1200 years, timely environmental review of public land grazing permits is even more critical. Yet the Bureau of Land Management (BLM) regularly reuathorizes the majority of grazing allotment permits with limited or no review. Even in supposedly ‘special’ BLM lands like wild and scenic river corridors, wilderness areas, national monuments, and other land designations, grazing permits are regularly reauthorized without any NEPA review.”

“In Europe, ‘rewilding’ is aiding the reintroduction of key animal species, including bison, which visitors can track in the forests and meadows of western Romania.”

“Three years of investigative work by the Western Watersheds Project; truth telling by an agency whistleblower; and the sleuthing of an investigative reporter have revealed systemic fraud and corruption by the federal Wildlife Services Division, an agency of the U.S. Department of Agriculture. Fraudulent profiteering by ranch owners and unnecessary death and incarceration of endangered Mexican Gray Wolves resulted. Read the full report in The Intercept here.”

“Abstract: The global expansion of road networks threatens apex predator conservation and ecosystem functioning. This occurs through wildlife-vehicle collisions, habitat loss and fragmentation, reduced genetic connectivity and increased poaching. We reviewed road impacts on 36 apex predator species and assessed their risk from current roads based on road exposure and species vulnerability. Our findings reveal all apex predators are exposed to road impacts. Eight of the ten species with the highest risk occur in Asia, although other high-risk species are present in the Americas, Africa and Europe. The sloth bear suffers the highest risk of all apex predators, followed by the tiger and dhole. Based on species risk from roads, we propose a widely applicable method to assess the potential impact of future roads on apex predators. We applied this method to proposed road developments in three areas: the Brazilian Amazon, Africa, and Nepal, to locate high-impact road segments. Roughly 500 protected areas will be intersected by these roads, threatening core apex predator habitats. We advocate the need for rigorous road development planning to apply effective mitigation measures as an urgent priority and to avoid construction in wilderness areas and predator strongholds.”

“Abstract: Poaching is the major cause of death for large carnivores in several regions, contributing to their global endangerment. The traditional hypothesis used in wildlife management (killing for tolerance) suggests reducing protections for a species will decrease poaching. However, recent studies suggest reducing protections will instead increase poaching (facilitated illegal killing) and its concealment (facilitated cryptic poaching). Here, we build survival and competing risk models for mortality and disappearances of adult collared red wolves (Canis rufus) released in North Carolina, USA from 1987 to 2020 (n = 526). We evaluated how changes in federal and state policies protecting red wolves influenced the hazard and incidence of mortality and disappearance. We observed substantial increases in the hazard and incidence of red wolf reported poaching, and smaller increases in disappearances, during periods of reduced federal and state protections (including liberalizing hunting of coyotes, C. latrans); white-tailed deer (Odocoileus virginianus) and American black bear (Ursus americanus) hunting seasons; and management phases. Observed increases in hazard (85–256%) and incidence of reported poaching (56–243%) support the ‘facilitated illegal killing’ hypothesis. We suggest improving protective policies intended to conserve endangered species generally and large carnivores in particular, to mitigate environmental crimes and generally improve the protection of wild animals.”

“In India, the large mammals see trash in village dumps as a buffet, but researchers found they are inadvertently consuming packaging and utensils.”

“In Grizzly Times’ latest podcast, we feature an interview with Gabi Paun, who has created – and is promoting – the idea of an international Peace Park on the border of Ukraine, Romania and other neighboring European countries in the Carpathian Mountains. The park is intended to be a symbol of peace, coexistence, and unity for people and wild animals in this wild ecosystem. Gabi and Agent Green also aim to create a Peace Route, a path that will cross the entire Carpathian chain, from the Czech Republic to Serbia, crossing Poland, Slovakia, Ukraine and Romania.”

“Federal wildlife managers have released 11 endangered Mexican wolf pups into the wild, injecting a much-needed genetic boost to an otherwise limited gene pool. […] “[Z]oos and conservation programs from across the country, including the Chicago Zoo and the Wolf Conservation Center in New York, helped with the breeding. […] This is the second year the New York-based conservation center has participated in the program. It was able to provide one pup, a female named Crumbo, after Kim Crumbo, the conservationist who mysteriously disappeared in Yellowstone.”

11. New York Times, Washington Might Be About to Do Something Right for America’s Wildlife [June 20, 2022]

“The media hasn’t paid much attention to the Recovering America’s Wildlife Act. […] But this landmark legislation, known in conservation circles as RAWA, is poised to become the single most effective tool in combatting biodiversity loss since the Endangered Species Act.”

“The conservation purchase of a 35,670-acre ranch on the North Platte River that puts private land in federal hands bucks Wyoming and GOP resistance to an increase in federal holdings in the state. The conservation acquisition is the largest the U.S Bureau of Land Management has undertaken in Wyoming, the agency said in announcing the transaction June 2. The purchase will “conserve and expand access to public lands for many generations to come,” BLM Director Tracy Stone-Manning said in a statement, including access along 8.8 miles of the storied North Platte River. The voluntary sale of the Marton Ranch south of Casper was years in the making and spearheaded by an independent group, The Conservation Fund, with help from the Rocky Mountain Elk Foundation. The purchase will preserve banks of the North Platte that could have been developed if the property remained private.”

“It began with a philanthropic couple buying a swamp but has become one of the world’s boldest experiments in restoring degraded habitats, bringing wildlife and landscapes back from the brink.”

“From Montana’s prairies to Kazakhstan’s steppes, vast tracts of land are being enriched.”