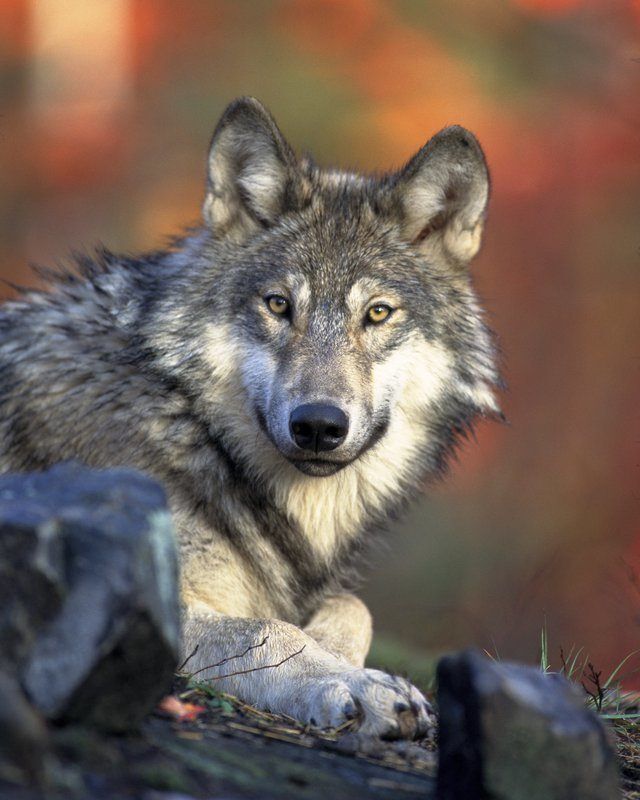 Editors’ note:  Fortunately, rewilding projects and ideas are in the news more and more frequently.  Unfortunately, this is largely because the extinction and climate crises have worsened to the point that truly bold and visionary conservation and restoration work are essential to saving life on Earth.  In this periodic summary, curated by Katie Shepard, Rewilding Earth Managing Editor, we list some of the notable stories in the media pertaining to protecting and restoring wild Nature that the TRI board and staff discover and discuss.  These are some highlights from November 2022. We urge sharing links to the ones you find most inspiring.

“A Utah beaver relocation center is pairing these ‘amazing’ rodents with parched areas that need them.”

2. The Intercept, The Fight to Stop Republicans from Killing Wolves and Grizzlies by Ryan Devereaux [Nov. 5, 2022]

“Climate change is pushing temperatures beyond the thermal tolerance of many species. Whether protected areas (PAs) can serve as climate change refugia for biodiversity has not yet been explored. We find that PAs of natural (seminatural) vegetation effectively cool the land surface temperature, particularly the daily maximum temperature in the tropics, and reduce diurnal and seasonal temperature ranges in boreal and temperate regions, as compared to nonprotected areas that are often disturbed or converted to various land uses. Moreover, protected forests slow the rate of warming more at higher latitudes. The warming rate in protected boreal forests is up to 20% lower than in their surroundings, which is particularly important for species in the boreal where warming is more pronounced. The fact that nonprotected areas with the same type of vegetation as PAs show reduced warming buffer capacity highlights the importance of conservation to stabilize the local climate and safeguard biodiversity.”

It is with great sadness that we share the news of the passing of Cathy Keddy, the scientist who wrote the key work advocating for connecting the lands of the Frontenac Axis to preserve and enhance wildlife biodiversity:  The Conservation Potential of the Frontenac Axis: Linking Algonquin Park to the Adirondacks. (1995) Cathy’s work envisioned a connected and sustainable series of ecosystems anchored by Eastern America’s two great parks. Based largely on this work and the recommendations it contains, the A2A Conservation Association (later the A2A Collaborative) was founded and Cathy became A2A’s Scientific Founder.

“As world leaders gather at COP27 in Egypt to make commitments for climate action, groups across the country are urging the US Forest Service and Biden Administration to take action to protect federal public lands from logging. The first of these demonstrations was held right here in Vermont.”

6. The Bulletin, Killing cougars may result in immigration of other cougars [Nov. 12, 2022]

“Cougar sightings and cougar/human problems were increasing in eastern Washington, northern Idaho, and southern British Columbia, the same as is occurring here in Bend. We were tasked to determine the causes and possible remedies for these problems. We increased cougar hunting and mortalities in these areas expecting to see decreased cougar/human conflicts. Contrary to the expected results, cougar human conflicts increased with increased killing of cougars, leading us to believe that the cougar population was increasing despite increased hunting. We radio collared hundreds of cougars to see what was really happening. The results were astounding and completely counterintuitive.”

“In the wilds of Washington state’s North Cascades — a vast expanse of glacier-capped peaks, rugged valleys and ancient forests — grizzly bears once thrived. It’s been more than 25 years since one has been definitively spotted there, according to the National Park Service. But that could change with a new federal process […] that will examine whether to reintroduce grizzlies to the 9,800-square-mile ecosystem.”

“We save wildlands for the planet. For evolutionary purposes. For hundreds of thousands of nonhuman species that occupy this world. We save it to store carbon to reduce climate warming. We save it for the preservation of genetic diversity, biological diversity, and ecosystem diversity.

We even do it for social justice. There is no social justice on a dead planet. Discrediting an idea because you don’t like the group that originated it is a fool’s errand. I suppose one could say democracy is a terrible idea because a bunch of wealthy Greek citizens came up with the idea that has been adopted by many people around the globe.”

“In a groundbreaking and historic announcement, the Washington Department of Natural Resources (DNR) announced they have officially denied applications from global seafood corporation Cooke Aquaculture (Cooke) for new leases to continue operating commercial net pens in Puget Sound. […] As the sole commercial net pen operator in Washington, this monumental decision will effectively remove this industry from Puget Sound by the end of the year. This action will immediately cease the chronic untreated pollution discharged daily by this industry for over three decades, finally allowing these degraded sites to begin the process of natural restoration as part of the largest passive restoration project in Washington’s history. The decision will also eliminate many major risk factors that harm the recovery of wild salmon and steelhead, including ending the risk of exposure to viruses, parasites, and diseases that are amplified and spread at unnatural levels by massive densities of farmed fish and the risk of future catastrophic escape events in which farmed fish could compete with, attempt to interbreed, or spread pathogens to threatened and endangered wild fish. DNR’s decision will also restore the public and Tribal access to over 130 acres of Puget Sound that have been restricted by this industry for over thirty years.”

“U.S. regulators approved a plan Thursday to demolish four dams on a California river and open up hundreds of miles of salmon habitat that would be the largest dam removal and river restoration project in the world when it goes forward.”  See also California Rewilding Summit notes, which mentions plans to remove dams from the Klamath River.

“Advocates and conservationists are increasingly worried about the plight of critically endangered Mexican wolves. While the wild population, which spans eastern Arizona and western New Mexico, has grown slightly, recovery has been slow and incremental. And the recent death of a genetically valuable male last month in New Mexico highlights why. The US Fish and Wildlife Service is failing to protect wolves against even the most basic threats, such as illegal killing. Over the years, conservation groups have tried to force FWS to do its job, primarily using the courts. Some have sued the agency at least half a dozen times for failing to comply with the Endangered Species Act and the National Environmental Policy Act. For its part, FWS has largely evaded many of the recommendations biologists and conservationists have put forward: a population of at least 750 individuals, spread across at least three distinct yet connected populations, and frequent genetic exchange. These goals were instead significantly reduced in the agency’s final plan, and recovery has been elusive. Now advocates are wondering what can be done to fully restore wolf populations in the Southwest while working within the agency’s narrow view of recovery.”

“Along a hillside deep in the Green Mountain National Forest, where thousands of decades-old spruce, maples, and other hardwoods were thriving until earlier this year, there’s now a wasteland of gnarled roots, freshly sawed stumps, and the decomposing remains of a mature forest that stretched over the horizon. […] scores of climate activists [] recently trooped up to the area to protest logging in the national forest, where federal officials in recent years have approved the harvesting of trees across 43,000 acres, and recently unveiled a controversial plan to allow timber to be removed from an additional 11,000 acres.”

“[A hunter] would be stunned more than six months later to learn he had taken an 85-pound Great Lakes gray wolf, an endangered species. The public may have never known the canid was a wolf if not for advocates paying for a set of DNA tests. The second and third opinions in this case were important because the state-commissioned test turned up different results than what came back from two other labs. […]

The new discovery of a wolf in Central New York, about 25 miles from the Adirondacks, galvanized wolf advocates. They believe Northeast states and the federal government should be doing more to prepare New York and the Adirondacks for the wolves’ return.”

“You’re probably aware they evolved from wolves, but how? And when? It turns out much of that is still a mystery. There are some intriguing clues however that have been discovered in the DNA of dogs and wolves. Clues that just might give us a better understanding of how they, and we, evolved.  You’ve heard of survival of the fittest, but a scientist at Duke University says the term that may best describe dogs’ evolutionary success is survival of the friendliest.”