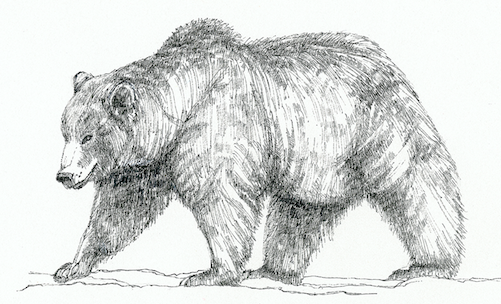 Editors’ note:  Fortunately, rewilding projects and ideas are in the news more and more frequently.  Unfortunately, this is largely because the extinction and climate crises have worsened to the point that truly bold and visionary conservation and restoration work are essential to saving life on Earth.  In this periodic summary, we list some of the notable stories in the media pertaining to protecting and restoring wild Nature.  These are some highlights from late June-July 2021. We urge sharing links to the ones you find most inspiring.

“Natural England, a non-departmental public body that advises the UK government on environmental issues, released a report laying out the priorities, budgets and targets in its second year of working toward its organizational strategy and committing to fulfill the UK government’s 25 Year Environment Plan.”

2. Mongabay, In Scotland, the rewilding movement looks to the past to plan its future

“Scotland is the site of an ambitious rewilding project with a centuries-long timeline for restoring the forests that once blanketed the now-familiar landscape of barren moors. The effort brings together a patchwork of private landowners, government landholdings and conservation charities, all working to restore the habitat through tree planting.”

“Climate change will fundamentally reshape life on Earth in the coming decades, even if humans can tame planet-warming greenhouse gas emissions, according to a landmark draft report from the UN’s climate science advisors obtained by AFP.”

4. Agricultural and Rural Convention, Romania: How Wild Is Too Wild?

“What would you consider to be an acceptable level of personal risk for you and your family in livestock farming? Imagine life in a small caravan with two young children on the edge of wilderness where wolves and bears freely roam. Imagine these same apex predators testing your ability to protect your flock at night whilst you are trying to sleep. This is the constant reality for a young family trying to make a living from their land in Transylvania.” Photo essay by Paul White.

“Citing the risk to other imperiled animals, Earthjustice sent a notice of intent to sue the state of Montana today for implementing new laws permitting snaring of wolves and expanding trapping seasons to reduce the wolf population.”

Nada Culver, Deputy Director of Policy and Programs for the Bureau of Land Management (BLM), testified on behalf of the Department of Interior. ‘The Department strongly opposes S. 1686,’ she testified. ‘Allowing mechanical travel in designated wilderness areas would undermine the principles of the Wilderness Act, which was intended to preserve certain lands in their natural condition, protect watersheds and wildlife, and provide opportunities for outdoor recreation and scientific research. Only a small portion of the public land in the United States is designated as wilderness, with the purpose of preserving land from uses that could damage the natural condition, yet there are many opportunities across Department of the Interior managed lands to use mechanically assisted travel.’

Chris French, Deputy Chief of the Forest Service for the National Forest System, also testified against the bill on behalf of the U.S. Department of Agriculture, of which the Forest Service is a part. Mr. French unequivocally stated that ‘we strongly oppose S. 1686, ‘Human-Powered Travel in Wilderness Areas Act.’ The Deputy Chief further added, ‘Specifically, S. 1686 would increase management challenges associated with preserving Wilderness character by altering the consistent interpretation and implementation of the Wilderness Act’s prohibition on mechanical transport across the National Wilderness Preservation System.’”

“Conservation groups are voicing opposition today to the Arizona Game and Fish Department’s pursuit to capture a solitary Mexican gray wolf who has been living peacefully in the national forests north of Williams and Flagstaff for over a month. There have been no documented human or domestic animal conflicts with the wolf and the agency seems motivated simply by its insistence that wolves stay south of Interstate 40 for reasons that are wholly political rather than based in science. In addition, the agency’s relocation efforts pose a grave risk to this wolf in the context of active fire danger in the area.”

9. A new website highlights grassroots support for the national goal of conserving and restoring at least 30% of America’s lands and waters by 2030. With a call to #SaveMoreNature, the site (30x30Groundwork.org) shows dozens of examples of locally-led conservation solutions around the country that are contributing to the 30×30 goal, in addition to hundreds of elected officials who have spoken up in support of the effort. Hosted by the American Nature Campaign, the 30x30Groundwork site includes case studies of 30×30 in action, demonstrating the breadth of conservation mechanisms and locally-driven efforts on the way to reaching the national 30×30 goal.

10. Coastal Watershed Institute (CWI) has a new website. Take a few moments to reflect on the critical importance for, and healing measure of, conserving and restoring the wild nearshore.

Marking a significant step for wildlife conservation, the Wildlife Corridors Conservation Act along with $400 million for projects to reduce wildlife-vehicle collisions, passed the United States House of Representatives as part of H.R. 3684, the INVEST in America Act.  (See the Wildlands Network website to stay up to date on this legislation.)

12. Guardian, Is it time to being rewilding the seas?

Biden names Randy Moore, who will become the first African-American to lead the Forest Service.

The U.S. Fish and Wildlife Service has just proposed reintroducing endangered black-footed ferrets to at least four new areas in Arizona once numbers of their prey species — prairie dogs — have increased enough.

17. LA Times, This architect is trying to save cougars from becoming roadkill on California freeways

“Architect Robert Rock is facing a Herculean task: Design a bridge that will allow mountain lions to cross safely over a stretch of the 101 Freeway that roars with the traffic of 300,000 vehicles each day.”

“The ocelot population, once abundant in the high Sonora desert, has plummeted as hunters sought their fur and housing expanded into their territory. In 1982, they were designated an endangered species. Now they face a new threat: Lil’ Jefe is likely one of the last ocelots in Arizona, cut off from his fellow cats by what Donald Trump trumpeted as his major achievement as president — the construction of a border wall between the US and Mexico. The wall has bisected almost perfectly what has long been the terrain of male ocelots — southern Arizona and New Mexico — from the terrain of female ocelots, most of them concentrated about 40 miles south, on the other side of the border.”

“A lot has changed in Yellowstone Park in the past twenty-five years. Healthy stands of willow trees line the banks of streams. Songbirds sing from tree branches. Beaver dams made of willow dot the streams. If you’re lucky, you can spot a beaver slapping its tail on the surface of the water. Twenty-five years ago, it would’ve been difficult to find any of these species. What changed? And what made this healthy ecosystem possible? In one word: wolves.”

“Gray wolves were hunted, trapped and poisoned into extermination in Colorado in the 1940s.

Wildlife advocates see reintroduction in Colorado as a vital step in restoring the wolf more quickly to habitat stretching from the Canada to the Mexico border. Wolves were reintroduced in the Northern Rockies in the 1990s, and some 3,000 of the animals now roam portions of Montana, Wyoming, Idaho, Oregon, Washington and Northern California.”

“A bipartisan group of lawmakers in the U.S. House of Representatives today introduced a bill to greatly expand support for state and local efforts to help imperiled species. The Recovering America’s Wildlife Act (RAWA) would invest $1.397 billion to support on-the-ground conservation efforts to help protect and recover species. These efforts include conserving and restoring habitats, fighting invasive species, reintroducing native species and tackling emerging diseases.”   See Wildlife For All communications for analyses of RAWA.

“Superintendents across the National Park System have been given permission to reverse course and deny trail access to e-bikes if they adversely impact park resources or other visitors.”

The USDA put out a press release announcing that it will restore and expand protections on the Tongass National Forest. The USDA’s release outlines a comprehensive approach to addressing the Tongass:

25. The sagebrush sea is a landscape of stark beauty and captivating wildlife, yet rapid desertification and extractive industries threaten this vast basin. But at Hart Mountain National Antelope Refuge in Southeastern Oregon, a different story unfolds. Watch the film: Rewilding a Mountain.

“This is a good piece from the times on what Biden has done, what has to be done, and what it means.” – Jason Kahn, TRI director

“Citing risk to federally protected species, today ten groups filed a notice of intent to sue the state of Idaho in response to the state’s newest wolf hunting laws. The laws, which call for the killing of 90% of the current gray wolf population, allow for year-round untargeted methods of hunting, trapping, and snaring, with hunters and trappers allowed to kill an unlimited number of wolves on a single tag.”

28. The Hill, The Federal Government Must Step in to Save America’s Wolves

“We are in the midst of a crisis in the West; climate is showing us the reality of our future, with fire being the key ingredient. Yet the real crisis is not just what is happening to millions of acres of land, but what is occurring with wildlife — wolves in particular. Despite huge public outcry and concern, the governors of Idaho and Montana using the traditional tactics of division have rammed through their Republican-controlled legislatures some of the most heinous anti-wildlife bills in generations. Their key focus is the elimination of wolves.”

“In British Columbia, researchers have undertaken a unique challenge: tracking orphan grizzly cubs, reared in a shelter, to see whether they can thrive back in the wild.”

30. This is a great video of wildlife using a recently constructed wildlife overpass in Parley’s Canyon just outside Salt Lake City near Park City.