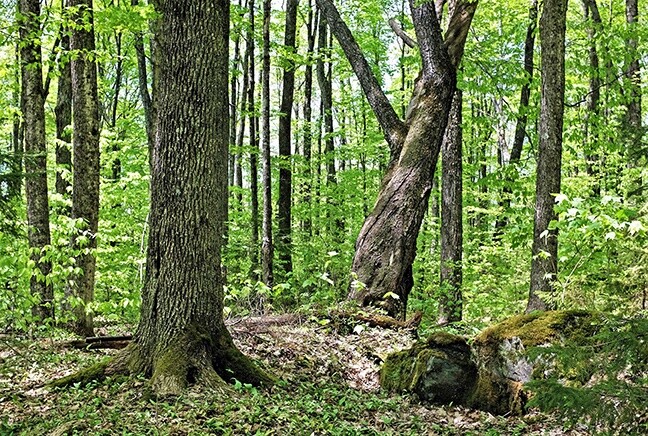 Rewilding Is Not an Exotic Idea

Featured Image: NWT Bridgewater Hollow Preserve in Vermont, an example of a stunning mature northern hardwood forest that is being rewilded by just being left alone. (c) Daryl Burtnett

Jon Leibowitz, Executive Director of Northeast Wilderness Trust, wrote in an op-ed piece published in VTDigger on November 6, 2020, that the rewilding movement has a critical place in Vermont and the rest of the Northeastern United States.  While the piece is tailored to a Vermont audience, the argument is applicable to the entire Northeast United States and beyond.—RE Editors

David Attenborough’s nature documentaries have long celebrated the beauty, diversity, and richness of life on Planet Earth. In his most recent documentary, A Life on Our Planet, Mr. Attenborough takes a different approach in laying bare the dual crises facing the planet: climate change and biodiversity collapse. Both are real and immediate threats to civilization, and we have a choice to make: do we respond with the necessary urgency, do we take insufficient measures, or, perhaps none at all? For the first time in human history, the stable conditions that gave rise to civilization and have nurtured us ever since are at risk of collapse. The path we choose will determine the future habitability of Earth.

“To restore stability to the planet,” Mr. Attenborough says in the documentary, “we must restore its biodiversity…we must rewild the world.” Rewilding means helping nature heal by giving space back to wildlife and returning wildlife to the land. The process of rewilding restores ecosystems and the life-supporting functions they provide.[i] Rewilding also means redefining humanity’s relationship with nature and recognizing we are one species among many. Some may think rewilding is best implemented in faraway places that are home to tigers, orangutans, and lemurs, but in fact rewilding is as critical right here in Vermont as it is anywhere else.

The Northeast is witness to one of the great ecological recoveries of the past century. Upon European arrival—and in an ecological split second—Vermont, like much of the region, was largely cleared of natural forest cover in a race for timber and farmland. In the process, much of the Northeast’s wildlife was extirpated, too. 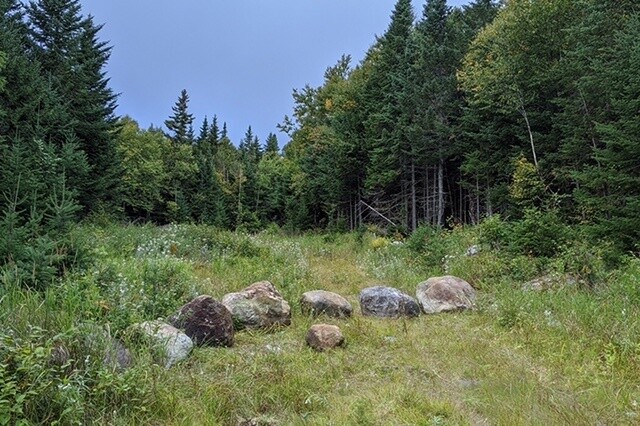 Our home has made a miraculous recovery due to the resiliency of the landscape coupled in-part with the mass abandonment of farms at the turn of last century. And while many species have returned and forests once again dominate the landscape, their recovery remains incomplete. This is because most forests across Vermont are managed and relatively young.

Only about 3 percent of Vermont is conserved as wild. In other words, only 3 percent of our state’s forested landscape has the kind of protection that guarantees these precious communities of life the opportunity to grow wild, more diverse, and store immense amounts of carbon.

“The wilder and more diverse forests are, the more effective they are at absorbing carbon from the atmosphere,” Mr. Attenborough states in the documentary. In their current condition, our home region’s rich forests aren’t close to reaching their biodiversity or carbon storage potential.

With 84 percent of Vermont privately owned, the path to reach this potential is through forever-wild conservation of private land. Such an effort is a complementary tactic to the continued conservation of well-managed timberlands and it need not come at the expense of Vermont’s rich culture of forestry and farming.

Mr. Attenborough’s opinion is not a radical one but part of growing scientific consensus. 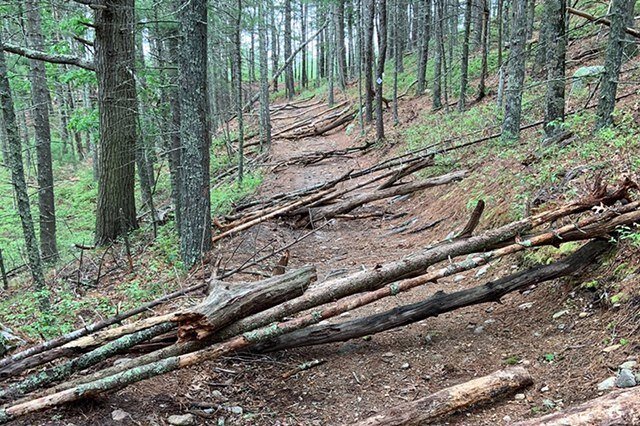 A recent study published in Nature about rewilding concluded that “If a third of the planet’s most degraded areas were restored, and protection was thrown around areas still in good condition, that would store carbon equating to half of all human caused greenhouse gas emissions since the industrial revolution.” The study also states that such an effort would prevent upwards of 70 percent of likely extinctions expected to occur if civilization does not change course.[ii]

In another recent study it was found that, contrary to long-held beliefs, whole-tree carbon accumulation rate increases with age and size.[iii]

Finally, a recent study found that New England’s forests are critical for global climate stabilization because of their carbon density and potential for additional accumulation.[iv] Right here in Vermont, we are part of the “Global Safety Net.”

Our very own Vermont Fish & Wildlife Department recognizes the value of old forests. Their visionary “Vermont Conservation Design” report includes a statewide goal of 9% of all forests being “old.” It states that achieving this goal would help maintain biological diversity, and as Attenborough so poignantly states, diversity and carbon storage go hand-in-hand. Old forest targets and the associated benefits to carbon storage will also help Vermont achieve the goals within the Global Warming Solutions Act.

An old log landing at Binney Hill Wilderness Preserve, where NEWT has planted native trees and installed a ReWilding Photo Point and can track changes over time. (c) NEWT

We all have a role to play. Forest owners might consider conservation options that include managed forests and wild forests. Citizens can make sure their representatives know that rewilding is an effective natural climate solution. Finally, philanthropists can support rewilding efforts, not only in the planet’s most diverse hotspots, but also right here at home, in our backyard, by supporting expanded wilderness protection. Collectively, we have the ability to write the Northern Forest’s next chapter. I choose a wilder, more diverse, and healthier tomorrow. I hope you do, too. 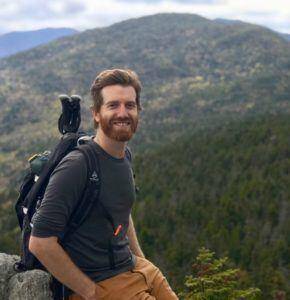 Jon Leibowitz is Executive Director of Northeast Wilderness Trust – the only land trust in the northeastern United States focused exclusively on protecting forever-wild landscapes. He has worked in the private land conservation field since graduating from Vermont Law School in 2011 with a Juris Doctor and Masters in Environmental Law and Policy.  Before joining Northeast Wilderness Trust, Jon was the Executive Director of Montezuma Land Conservancy, where he worked to conserve farms, ranches, and landscapes of pinion and juniper, ponderosa, and sage right on the edge of the Colorado Plateau, in Cortez, Colorado.  Jon serves on the Board of Vermont Parks Forever in addition to being part of the Rewilding Leadership Counsel. He lives on the outskirts of Montpelier, Vermont with his family.

Rewilding in the Media #14