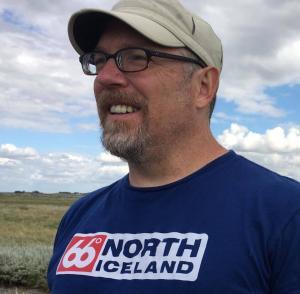 A former archaeologist, Kurt Menke is a geospatial generalist based out of Albuquerque, New Mexico, USA. He received a Master’s degree in Geography from the University of New Mexico in 2000. That same year he founded Bird’s Eye View to apply his expertise with GIS technology towards solving the world’s mounting ecological, economic and social issues. Mr. Menke has a broad skillset. He is a spatial analyst, cartographer, trainer/teacher and author. He is an open source GIS authority, recently authoring his fifth and sixth books on QGIS: Discover QGIS 3.x and QGIS for Hydrological Applications with Locate Press. In 2015 he became an OsGeo (Open Source GeoSpatial Foundation) Charter Member.

His areas of focus are public health, conservation and education. He has been running the very successful Community Health Maps program for the National Library of Medicine since he developed it in 2013. Over the last 20 years he has consulted with most of the conservation non-profits in the western U.S. He is an experienced international FOSS4G (Free and Open Source for GeoSpatial) educator. He teaches on a regular basis. His offerings range from a semester long Intro to FOSS4G course he originally developed in 2009, to short courses and professional workshops. In 2015 he was awarded the Global Educator of the Year Team Award by GeoForAll as part of the GeoAcademy team.