All photos courtesy of TC Chile and Rewilding Argentina

Camera traps show the wild side of Patagonia National Park

The installation of 17 camera tramps will help Tompkins Conservation Chile monitor puma behavior in public use areas, in collaboration with Chile’s National Park Agency (CONAF). Data and images collected will help establish protocols for wildlife sightings in the park. The rewilding team has been monitoring this top predator since 2008 and has collared 33 individuals. The park has 3.44 pumas per 10,000 hectares and a total population of 28-30 resident puma adults. 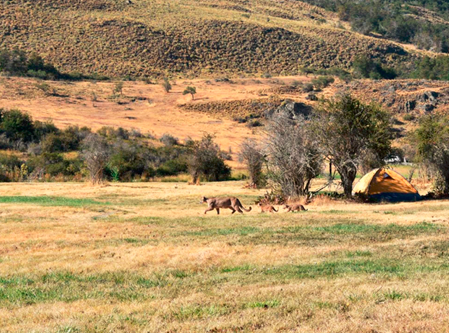 Female puma and cubs at the West Wind Campground in PNP

With the installation of 10 camera traps, TC Chile and CONAF began a new alliance that aims to strengthen huemul deer conservation in the Futaleufú National Reserve. Studying this remote population of huemuls, can help the alliance identify threatening factors, such as domestic cattle, dogs, and wild boar, among others. You can see the actual camera trap video here. 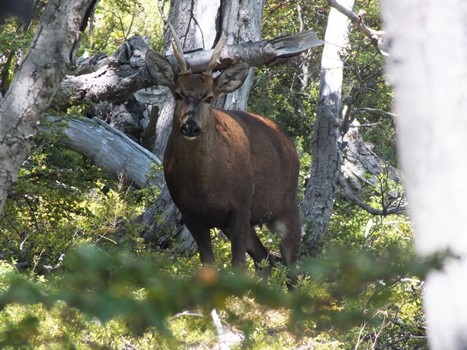 A huemul deer in Patagonia. The species has been reduced to 2000 individuals.

After a long pause in activities due to the pandemic, TC Chile and Amigos de los Parques launched a community outreach program in Alerce Andino National Park with the support of CONAF. The first field workshop was a joyous event focused on the park’s ecosystem and avifauna with more than 30 participants from the neighboring communities that surround the Park. Environmental education empowers community leaders to act with a greater understanding of their natural surroundings. 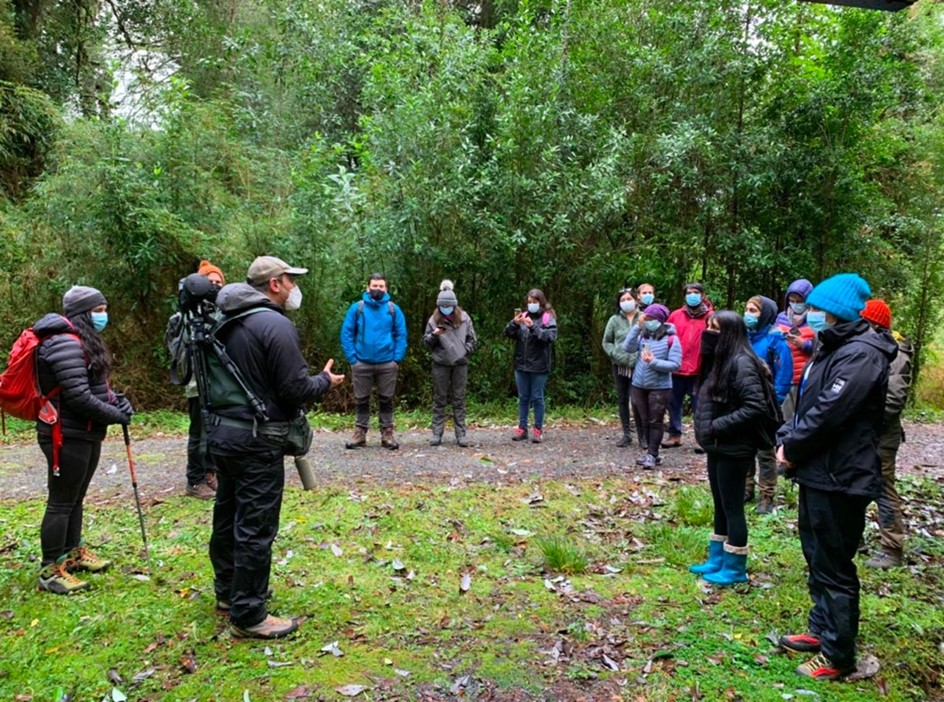 Documenting the community heart behind the Route of Parks

In April, our community outreach team visited the Aysén region to gather new testimonies from locals in gateway communities to the national parks. Their stories will appear in the second season of the Route of the Parks Ambassadors videos. The tour also allowed to continue positioning the Route of Parks with tourism offices, park administration and municipalities. 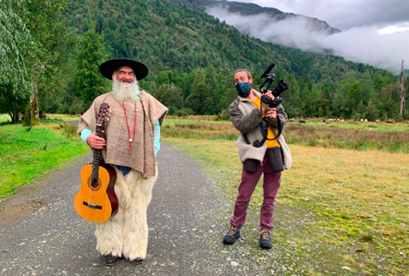 Celebrating the traditions and communities of the Route of Parks, a green lung for the planet.

The first species that Rewilding Argentina worked to restore is thriving in the wetlands. Mercedita, an iconic female giant anteater wearing a telemetry collar, has given birth to her third pup. The male newborn was named Kunumí. 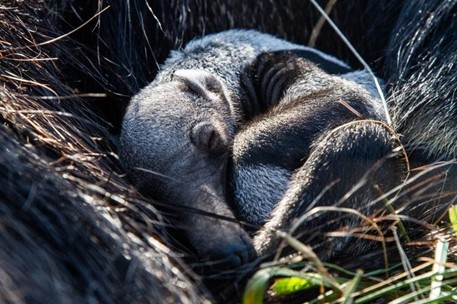 Kunumí cuddling alongside his mother.

The first giant otter pups born in our rewilding program are doing great. A routine checkup determined that they are two males and one female. Lately, the family group has been spending a lot of time in their natural burrow, and less time in the water. Eventually, the group will be released as a family, returning the top aquatic predator to the wetlands after the species extinction in Argentina.

Juan, Coordinator of community engagement in Ibera, continues visiting the neighboring communities around Ibera National Park, and sharing the news about the released jaguars. The neighbors regularly reach out to Juan to learn more about the project and to see photos and videos of the jaguars. 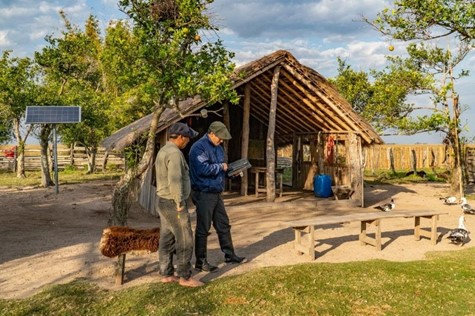 Giant river otters were thought to be extinct in Argentina until recently, when our conservation director observed one in El Impenetrable National Park in disbelief. The individual, a male, was named Teuco. After the first sighting in El Breal lagoon, we placed several camera traps in strategic nearby areas. Footage shows that, after leaving the area, Teuco has returned to the safety of the lagoon inside the national park, where he is expanding his burrow. 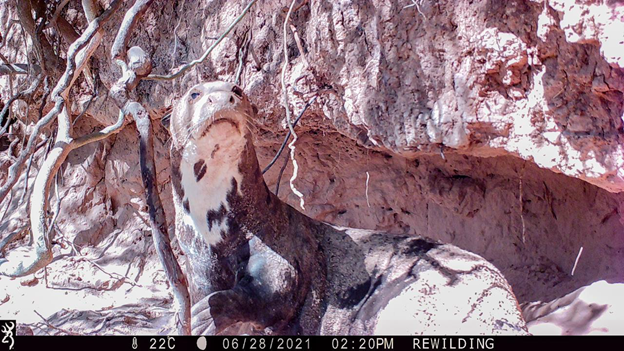 Teuco can be identified by the unique pattern on his throat. Photo taken by a camera trap.

A professional spinning and weave workshop took place in La Armonía, a community located at the entrance of El Impenetrable National Park, attended by fifteen local weavers, including participants from Nueva Población, a community that recently joined our outreach program. Provided with materials, and attendees learned useful weaving and dyeing techniques that they are already putting into practice. 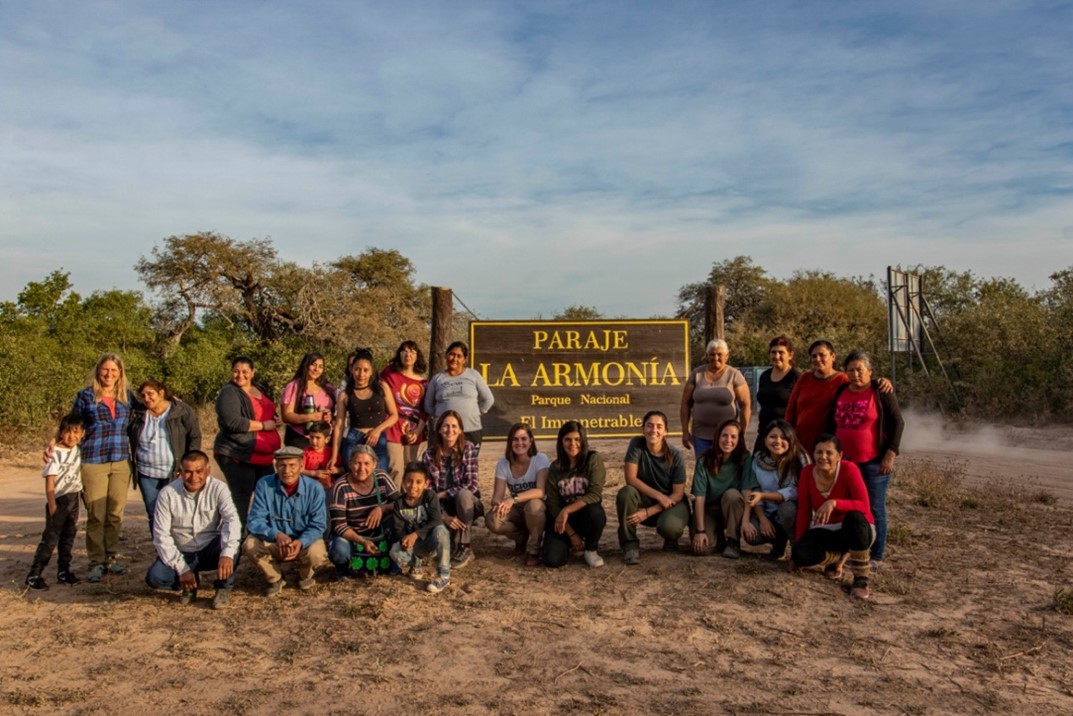 Photo taken during the last day of the workshop: Local team + attendees

A guanaco being fitted with a GPS collar will join a group of guanacos that we are tracking to understand the species’ migration patterns in Patagonia Park, Argentina, and the surrounding area.

The tracking of huemul deer continues in Argentine Patagonia, with tranquil and healthy tagged individuals. This rarely seen species is also known as ‘the ghost of Patagonia.’

The local team of Patagonia Azul carried out a holistic management workshop attended by local ranchers who plan to start a regenerative management program. Topics included desertification, predators and real solutions to those issues. 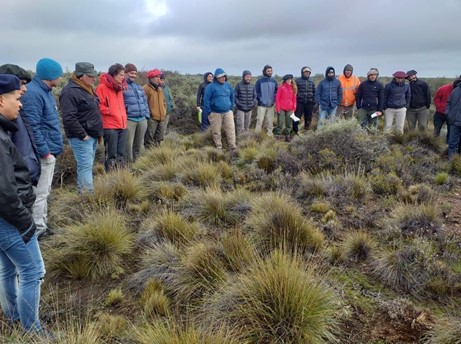