By Rewilding on December 13th, 2019 in Actions & Bulletins 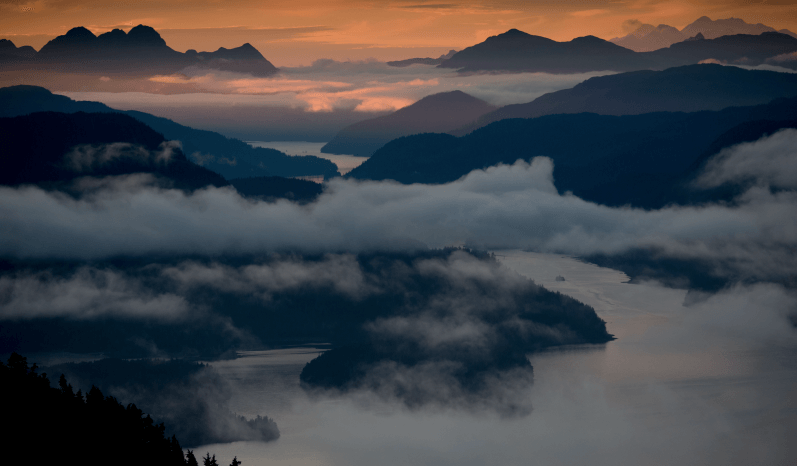 Sample Letter in support of the Tongass National Forest

I am writing to voice my strong opposition to the Forest Service’s selection of the “full exemption” alternative (Alternative #6) contained in the Draft Environmental Impact Statement (DEIS) for the proposed Alaska state-specific roadless rule.  Instead I urge you to select the “no action” alternative (Alternative #1) that would leave intact existing protections for the over 9 million acres of the Tongass National Forest currently protected by the National Roadless Area Conservation Rule, or Roadless Rule.

The Tongass NF roadless areas, representing 16% of all undeveloped areas within the entire national forest system,[1]  is also one of the most biologically diverse and relatively intact temperate rainforests on earth. Although researchers note that roughly half of the Tongass large old-growth trees had been logged last century, the remaining big trees provide critical habitat for Brown (grizzly) bears, northern goshawks, Sitka black-tailed deer, bald eagles, all five species of Pacific salmon, and other species[2] which include the distinct Alexander Archipelago wolves that roam the islands and coastal mainland in the Alexander Archipelago, a network of more than 1,000 islands, glaciated peaks, and deep river valleys in remote southeast Alaska. These wolves and their rainforest home are under continued threats from industrial logging, road building, overharvest from hunting, and large-scale habitat loss as the U.S. Forest Service continues to plan big timber sales in key wolf habitats. A variety of other species are dependent upon salmon to survive. such as the endangered Southern Resident killer whales that eat almost exclusively salmon.[3] About 40 percent of wild salmon that make their way down the West Coast spawn in the Tongass.[4] Returning salmon bring nutrients that sustain forest growth, while intact stands of trees keep streams cool and trap sediment.[5]

The Forest Service estimates that the salmon industry generates $986 million annually. The endangered Southern Resident Killer Whales (SRKW) of Washington State’s Puget Sound and Salish Sea, are a critical part of the Northwest ecosystem and economy.[6] They inhabit the coastal waters of Oregon, Washington, and Vancouver Island. In fact, SRKW have been spotted as far south as the coast of central California and as far north as the coast of Haida Gwaii (formerly Queen Charlotte Island), just south of Prince of Wales Island (Tongass NF).[7] While scientists have identified three main causes of decline for SRKWs today—lack of sufficient prey, toxins, and vessel noise—it is the lack of an adequate prey base throughout the year that is broadly recognized as the most important factor and one that must be urgently addressed in order to protect this apex predator from extinction.[8]

Preserve Old Growth Forest
The most critical of all forest types is primary forest, known as old-growth, including the Tongass and its sister forest, the Great Bear Rain Forest of British Columbia. The Tongass National Forest is the largest national forest in the U.S. and encompasses some of the largest remaining stands of old-growth, temperate rainforest in the world.[9] Research shows that once logging is initiated in intact primary forests, even under so-called sustainable forest-management systems,  biological degradation results.[10]

The Union of Concerned Scientists estimates that U.S. forests absorb between one million and three million metric tons of carbon dioxide each year, perhaps offsetting between 20 percent and 46 percent of the country’s greenhouse-gas emissions.[11] Intact forests help stabilize the climate by regulating ecosystems, protecting biodiversity, and playing an integral part in the carbon cycle. Halting the loss and degradation of natural systems and promoting their restoration has the potential to contribute over one-third of the total climate change mitigation scientists say is required by 2030.[12] In a recent scientific paper, the authors, along with more than 11,000 scientist signatories from 153 countries, declare a climate emergency. The scientists point to six areas in which humanity should take immediate steps to slow down the effects of a warming planet, including protection and restoration of ecosystems such as forests, grasslands, and wetlands, allowing a larger share of these ecosystems to reach their ecological potential for sequestering atmospheric carbon dioxide, a key greenhouse gas.[13]

Forests comprise one of the most important natural climate solutions at our disposal to combat climate change, a fact that the DEIS itself acknowledges, and carbon sequestration via forest preservation can be a viable climate change mitigation strategy.[14] Preserving intact forests such as the Tongass contributes to climate change mitigation and the preservation of biodiversity[15] and offers a cost-effective strategy to avoid and mitigate CO2 emissions by increasing the magnitude of the terrestrial carbon sink in trees and soil by preserving biodiversity and sustaining additional ecosystem services.[16]

The Tongass National Forest holds approximately 8 percent of the carbon stored by all U.S. forests.[22] When forests—and in particular old-growth forests—are cut down, most of the carbon stored in the trees and soil is released into the atmosphere as a greenhouse gas pollutant. In fact, the carbon emissions from deforestation and associated land use change are estimated to be 10-15 percent of the world’s total.[23] Stopping deforestation and restoring forests could offset up to one-third of all carbon emissions worldwide.[24] The Intergovernmental Panel on Climate Change’s (IPCC) recent report on climate change found that the single biggest source of carbon emissions from the land use sector is global deforestation and forest degradation. That report states that the most immediate actions to reduce impacts of carbon pollution include the conservation of high-carbon ecosystems such as peatlands, wetlands, rangelands, and forests.[25] At a time when the climate crisis and biodiversity crisis are each approaching a point of no return and parts of Alaska are warming at twice the rate of the U.S. average, it is reckless and irresponsible for the administration to be pushing forward with a proposal that will exacerbate a primary cause of climate change.

The Roadless Rule saves taxpayers millions of dollars by limiting expensive new road building, which has some of the highest costs in Southeast Alaska because of its remoteness and rugged terrain. Rather than fragmenting wildlife habitat with a network of new roads, the Forest Service should instead direct its limited resources toward addressing the existing 371,000-mile network of National Forest System roads and its approximately $3.2 billion maintenance backlog. Further, contrary to claims made by its proponents, the proposed rule is unlikely to reverse Southeast Alaska’s move away from industrial-scale logging as a necessary industry. Instead, attempts to return the unsustainable practice of old-growth logging to its peak could have serious consequences for the region’s robust tourism and fishing industries, which collectively contribute 26 percent of jobs and 21 percent of earnings annually. Removing Roadless Rule protection, especially from the two million acres of inventoried roadless areas within Development Land Use Designations, as called for by Alternative 6, could gravely threaten these industries and the economic vitality of the region as a whole.

Thank you for your consideration of my comments.