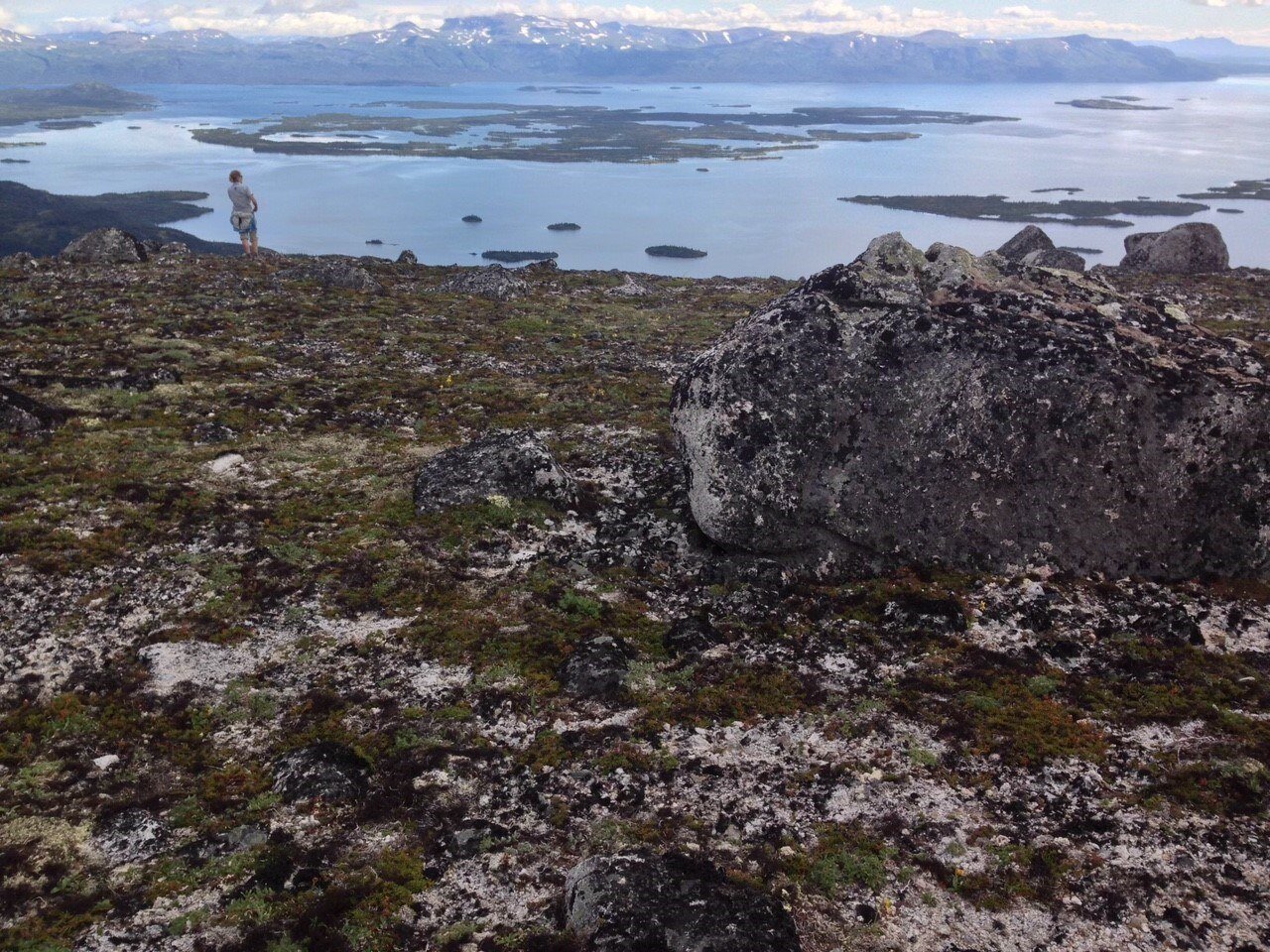 At our lunch spot on the stony shore of Triangle Island, we rolled up our pant legs and stripped to T-shirts to feel the July sunshine baking our limbs.  We hadn’t even donned our dry suits for today’s paddle — a first for my packrafting experience in Alaska.   It was a rare hot and windless day on America’s eighth largest lake.  The silence was soon broken by splashes and barking across the stretch of water that divided us from Seal Island. With the help of binoculars, we confirmed the source of noise:  Sure enough, there on the low lying island of mostly rock and a few shrubs, a dozen Iliamna Seals were flopping into the lake, grabbing mouthfuls of salmon, and beaching themselves to rest once again.

Few areas remain today in the United States – indeed, in the world – where large expanses of fully functioning ecosystems allow for biodiversity to evolve and adapt. Even fewer places exist where people and wildlife are thriving together.

Alaska’s Bristol Bay is one such place.  An immense region of forests, wetlands, alpine systems, and free-flowing rivers that feed into a highly productive marine environment, Bristol Bay is a global natural treasure and a planetary salmon mecca:  each year 30 to 40 million Sockeye Salmon fill the region’s rivers, in turn nourishing surrounding habitats, wildlife, and communities.

Millions of birds and marine mammals and other animals rely on Bristol Bay’s varied terrestrial and marine habitats as staging areas and refueling stations in their annual migrations to and from four continents. Among the many gems of the Bristol Bay watershed is Lake Iliamna, which each summer welcomes the world’s largest Sockeye Salmon spawning population.

It is likely that the abundance of salmon and other fish encouraged the Iliamna Seals – an isolated population of the Pacific Harbor Seal – to swim approximately 200km up the Kvichak River and further on to the eastern end of Lake Iliamna, and establish a year-round home there. Elsewhere in the world, only a few freshwater seal populations are known to exist: in Russia, they are found in Lake Baikal and Lake Ladoga (and in the brackish waters of the Caspian Sea). Lake Saimaa in Finland and Lac de Loups in Canada also support freshwater seal populations (as did Lake Champlain in the northern US and southern Canada till their extirpation by Euro-Americans).

The waterfall is on Copper River, which flows into Intricate Bay of Lake Iliamna. The dark shading in the water is all salmon. It was a wonderful swimming experience to float in the pool, being swirled around by the waterfall’s current, seeing the salmon below us! (c) Margaret Williams

Bristol Bay is not only special for its finned, feathered, and furry inhabitants.  For centuries, the Bristol Bay region has been home to Indigenous people whose cultures and ways of life are intricately linked to the lands and waters around them. Today, Yupik, Aleut, and Alutiq people maintain the practice of subsistence, with salmon serving as a keystone to their traditions, identity, and nutritional needs.  At sea, Bristol Bay is the epicenter for a commercial fishery that feeds America and the world and generates some $2 billion each year.

For over a decade, Bristol Bay communities, commercial fishing and tourism industries, anglers, and conservation groups have been fighting the proposed Pebble Mine. While its name reflects a diminutive stone, in fact, if built, Pebble would be the largest open pit mine in North America.  There are many reasons why Pebble is widely known as “the wrong mine in the wrong place.”  If implemented, the plan put forth by Northern Dynasty, the Canadian company pedaling the project, would leave behind millions of tons of toxic tailings from the gold and copper, stored behind an earthen dam.  The plan also called for the construction of a new road; an alternative scenario would be to ferry toxic particles and equipment across Lake Iliamna between the mine site and Cook Inlet.  Also, to supply the energy needed for the mine, the plan required a new natural gas pipeline to cross Cook Inlet.

During the Obama administration, the Environmental Protection Agency (EPA) was poised put a stop to the mine. Early into Donald Trump’s term, however, the door to permitting the mine was again re-opened, and Northern Dynasty, was back in action. After issuing a rushed and scientifically flawed draft Environmental Impact Statement in 2019, the US Army Corps of Engineers seemed to be on a fast track to allow for the permitting of Pebble Mine.  And a year later, its final EIS was another shoddy, weak analysis that underestimated the potential impacts of the mine on the ecosystem. The final EIS also failed to consider public comment and input from the many residents of the Bristol Bay region.  Then, just a few months later, in a remarkable reversal, the US Army Corps of Engineers issued an 11th-hour opinion that the current mine plan as proposed by Northern Dynasty was too risky, and the company’s mitigation plan was inadequate.  Thus, days before the November 2020 elections, Bristol Bay received a respite.

From around the nation, many friends and family sent me joyful emails about the “victory” for Bristol Bay.  Indeed, there was reason to breathe a sigh of relief – but not for long.  Actually, Bristol Bay is far from safe. Northern Dynasty is challenging the Army Corps in court; and the state lands on which the mine would be located are still classified for mineral extraction. 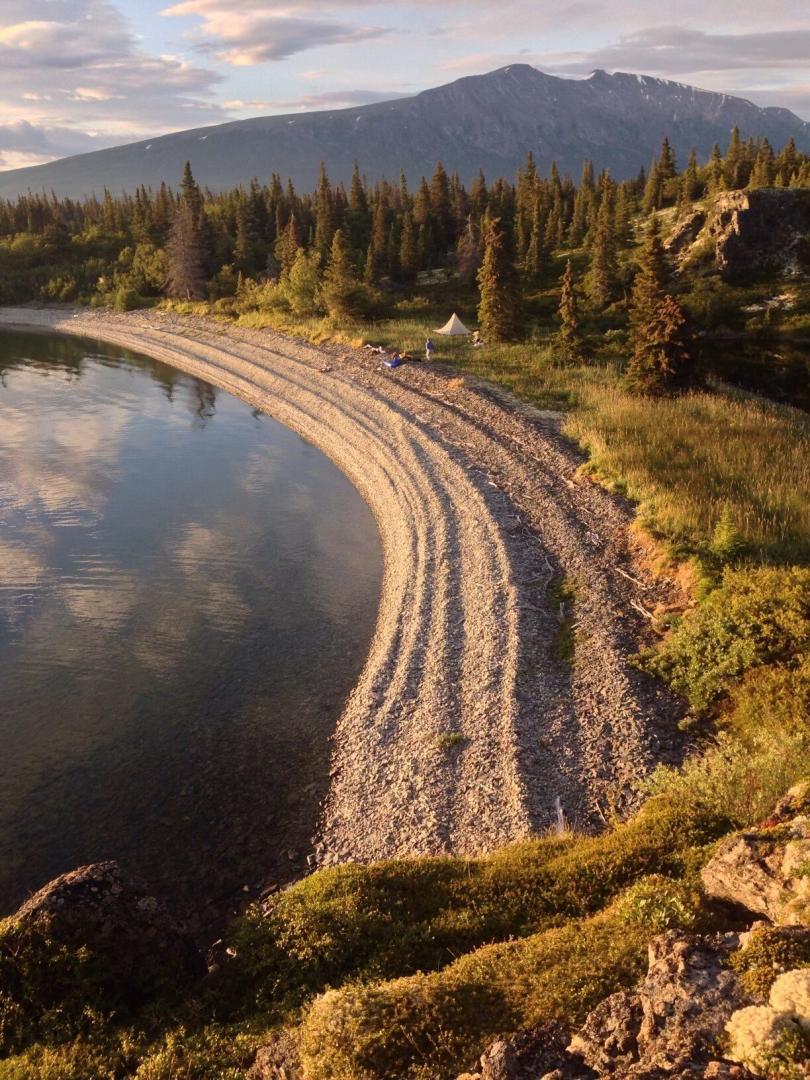 With President Biden now at the helm in the White House, his administration must quickly act to end the “whack a mole” pattern of proposed development in Bristol Bay. For once and for all, this remarkable area must be protected from an egregious plan that would allow a few mining executives to retire in wealth at the expense of a global natural treasure that has supported wildlife and people for thousands of years.

First, the EPA must be instructed to exercise its authority under Section 404C of the Clean Water Act, which allows the agency to pre-emptively deny a permit to projects that could cause significant damage to the affected freshwater systems. Furthermore, the EPA’s Inspector General should conduct an investigation into the irregularities that have occurred in the last three years.

Next, the administration should immediately change the leadership in the Alaska District of the US Army Corps of Engineers (ACE).  ACE has cow-towed to Alaska industry and the former Trump administration and reneged on its key responsibilities. Among the most glaring examples is the cancellation of the Alaska compensatory wetlands mitigation program, which ACE eliminated in 2017.  Under a new administration, the Department of Defense, where the Corps is housed, should restore the mitigation program immediately.

Congress must also take action.  In December, a coalition of fishing organizations and Alaska Native groups called for the creation of the Jay and Bella Hammond Fisheries Area — a measure that would protect the rivers of Bristol Bay through restrictions on development that involves dumping and dredging. Although this measure will not change the state lands classification, it would go far in limiting extractive development in the region. (For those wishing to learn more, visit this link: https://stoppebbleminenow.org/bill-provisions/. There is an FAQ section at the end.)

Although many Bristol Bay residents participate in the commercial fishery, not all of the communities benefit.  Young people wanting to get started in the fishery face many obstacles, acquiring costly fishing permits has favored better-financed businesses outside of Alaska – an inequity that must be remedied.  Federal support is needed for jump-starting efforts to improve telecommunications services, reduce energy costs, and initiate loan or grant programs for nature-based economies such as sport fishing, bear viewing, and related businesses.  Needed investment now for communities in the region could help to ensure that Bristol Bay families, particularly in Alaska Native communities, are able to remain in the region, continuing to be stewards of this great American landscape.

Finally, President Biden has pledged to protect 30% of America’s lands and waters by 2030.  Ensuring protection of the Bristol Bay watershed should be at the very top of the list as a way to meet this commitment.

Pebble Mine must never be permitted and this extraordinary place should be permanently protected from mining and other extractive industries.  Only then can the Iliamna Seals, the salmon, and the people of Bristol Bay be assured that this global treasure will persist.

An amazing video of the lake and seals can be viewed here in the video titled “The Last Chase”. 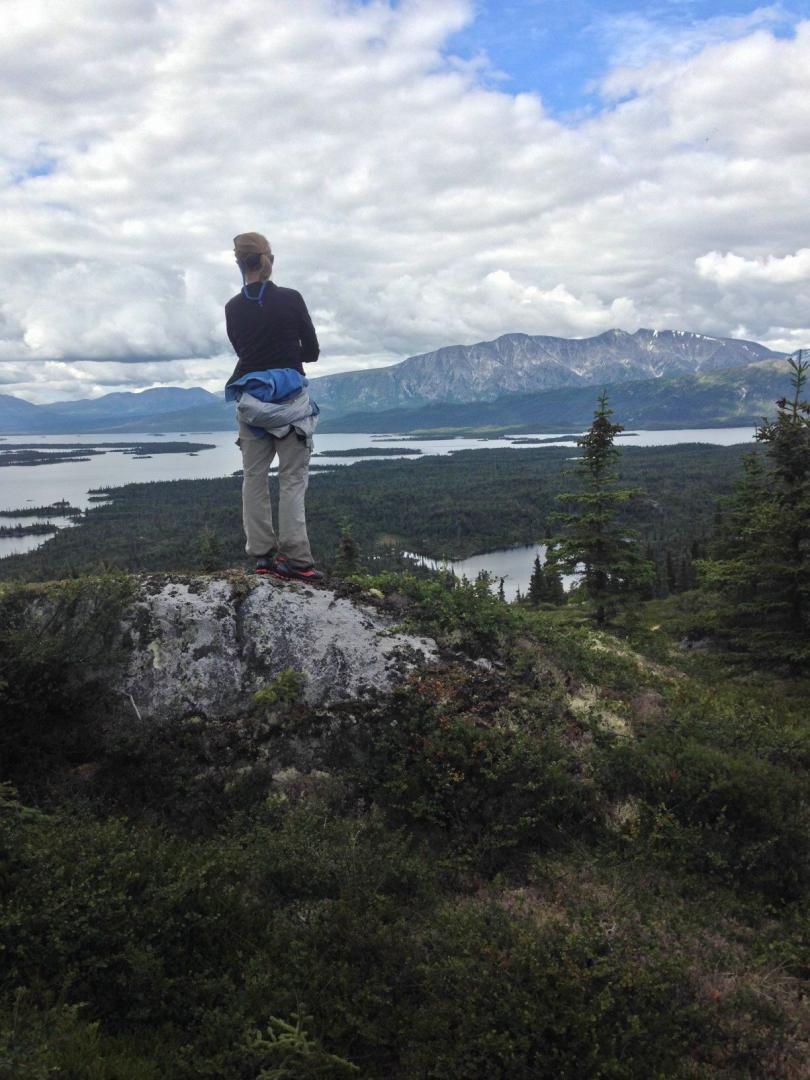 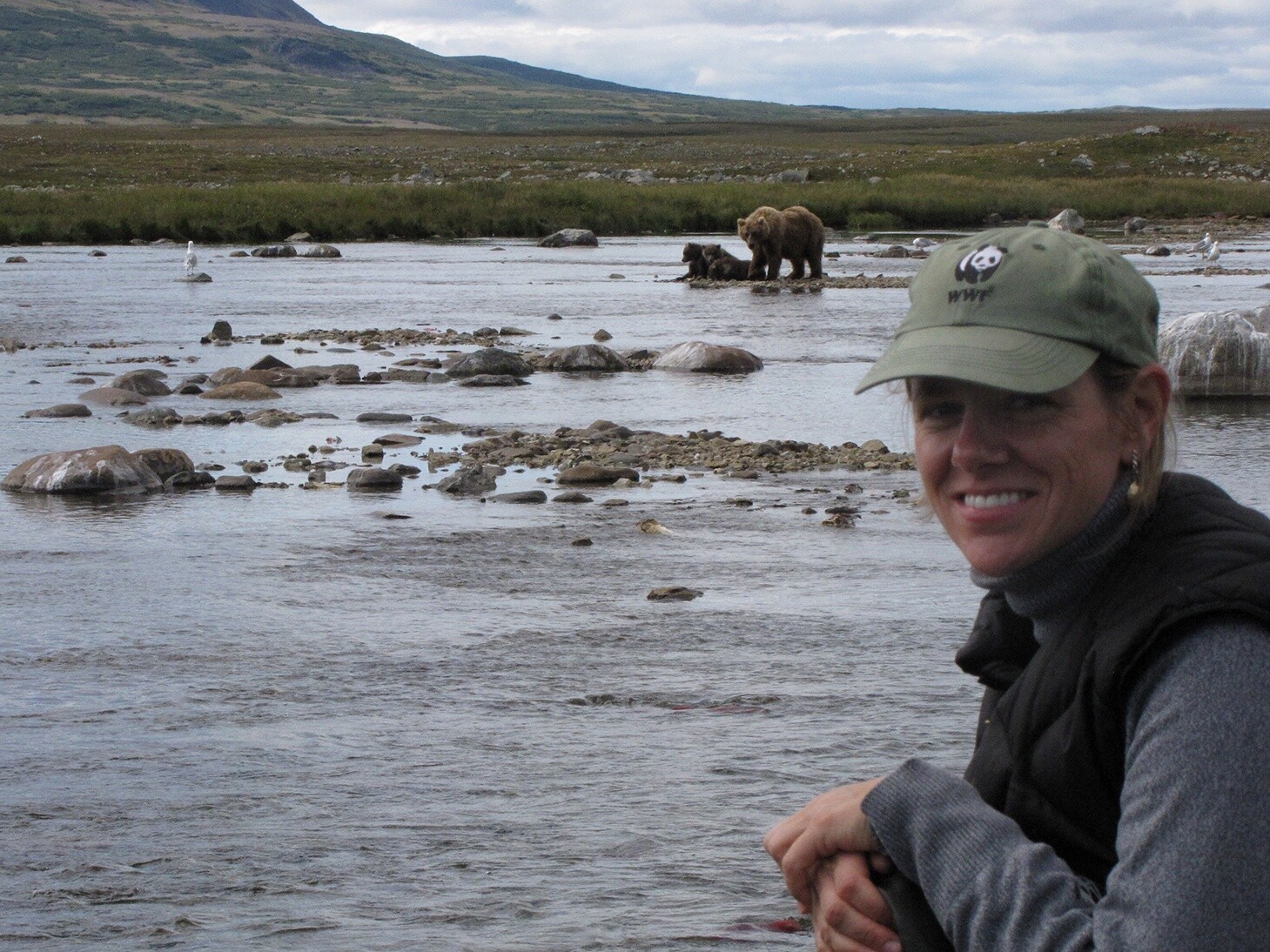 Margaret Williams is Managing Director of World Wildlife Fund’s US Arctic program, based in Anchorage, Alaska.  Since 1992, she has worked on conservation issues and environmental policy in Eurasia and the Arctic.

Wildlands and wildlife face a bleak future unless environmentalists overall get onboard with being against population growth. What we really need is to promote the idea of a human population range for the world and the U.S. I’m for: world of 1 to 2 billion. U.S. 100 million to 200 million. Talking long-term. Disagree? State what you think would be appropriate. We have to start thinking in those terms. We need to start in our “backyard” which is the U.S.