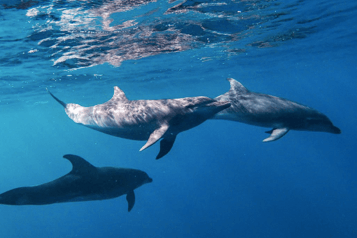 Sea Shepherd Crew to Assist the Republic of Senegal’s Patrols Against Illegal, Unreported and Unregulated Fishing

West Africa is the region of the world most subject to Illegal, Unreported and Unregulated (IUU) fishing, with an illegal catch estimated to cost West African countries between 608 million Euros and 1.2 billion Euros per year. IUU fishing in West Africa accounts for 37% of illegal (pirate) fishing globally. Senegal, with more than seven hundred kilometers of coastline and waters teeming with a diversity of species ranging from sharks, tuna and swordfish, is one of the African countries most targeted by foreign pirate fishing fleets from Europe, Asia and Russia.

In a recent press conference, the Honorable Minister of the Fisheries and Maritime Affairs Haidar El Ali stated that Senegal loses almost 230 million Euros annually to the approximately fifty pirate fishing vessels that operate illegally in Senegal’s sovereign waters. Poaching jeopardizes the ecological balance of the marine environment and the species that inhabit it, as well as the survival of artisanal fishermen whose livelihood is threatened by the growing demand for fish in European and Asian markets. 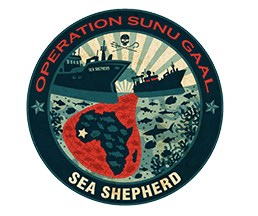 In the local Senegalese language, “sunu gaal,” the country’s namesake, literally means “our canoe.” Operation Sunu Gaal’s campaign name is a reference to Sea Shepherd Global’s offer of a ship to the Government of Senegal to defend the wildlife and the rights of artisanal fishermen – our canoe will defend theirs from foreign pirate fishing fleets.

Sea Shepherd Global, providing a ship, fuel and crew, will spend the next several months conducting law enforcement patrols in Senegalese waters under the direction of the Government of Senegal to assist the Ministry of Fisheries, led by the Honorable Haidar El Ali, in combating IUU Fishing. The campaign is mandated by the Honorable President Macky Sall.

“I want that through Sea Shepherd’s presence here in Senegal, the whole world will become aware of what is happening in my country. Our marine resources are being looted by illegal fishing fleets,” says Haidar El Ali. “If I called for Sea Shepherd’s assistance, it is because they go beyond theory and talks; they actually take action.”

Operation Sunu Gaal is an opportunity for Sea Shepherd Global to unveil the addition of a fifth ship to the Sea Shepherd fleet – the M/Y Jairo Mora Sandoval, named after the 26-year-old Costa Rican activist brutally murdered in Costa Rica in May 2013 for protecting sea turtles from poachers.

For Sea Shepherd Founder Captain Paul Watson, the name of the ship holds special meaning: “When I heard of the murder of 26-year-old Costa Rican sea turtle conservationist Jairo Mora Sandoval, I was saddened beyond measure. And then I became angry. Angry because it happened despite Jairo expressing concerns for his safety to the police and the government. Angry because the government did not react, angry because we had to pressure the government to act and angry that the poachers continue to desecrate and plunder the nests of the turtles. I also vowed that the name Jairo Mora Sandoval would not be forgotten and toward this end, I decided that we would name a vessel after Jairo. We have done so and now, the Jairo Mora Sandoval will begin anti-poaching operations off the coast of West Africa under the direction of the Government of Senegal.”

“Intervening against illegal fishing in a West African country is critical work for Sea Shepherd Global,” says Lamya Essemlali, Campaign Coordinator and President of Sea Shepherd France. “It is the area of the world most targeted by illegal fishing. Most of the fish stolen from Africa ends up on the plates of much richer countries that otherwise applaud themselves for the crumbs of charity that they throw to African countries. Countries like Senegal do not need charity, but rather the kind of justice possible only through effective law enforcement patrolling.” 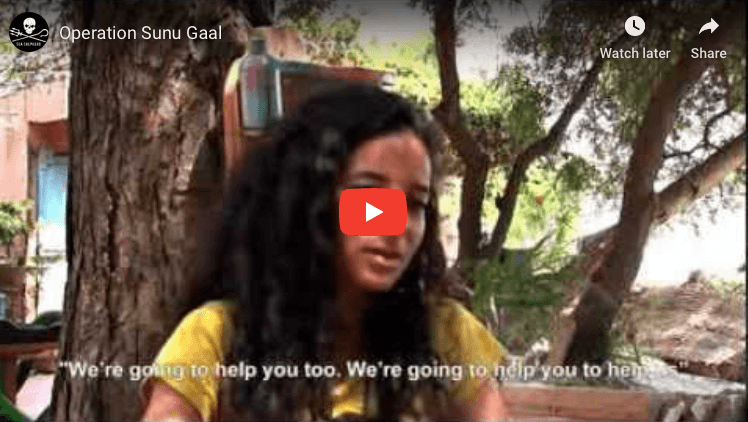