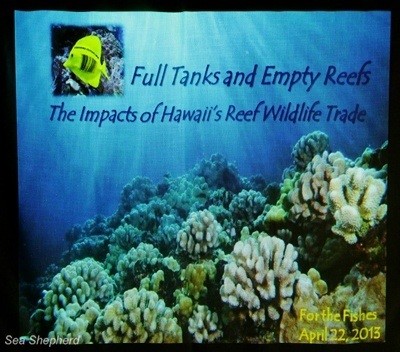 Sea Shepherd Conservation Society is proud to announce the launch of Operation Reef Defense, a global campaign to end the destruction of coral reefs and the many threats they face worldwide. Coral reefs represent some of the planet’s most biologically diverse ecosystems providing critical habitat to approximately 25 percent of all marine species, but they are disappearing at an alarming rate due to human-induced activities such as pollution, overfishing, reef wildlife trafficking, coastal development and global warming. Thirty percent of the world’s coral reefs have died in the last 50 years, and another 30 percent have suffered severe damage. Of the reefs remaining, it is estimated that 60 percent could face extinction in less than 25 years.

According to Sea Shepherd Hawaii Director & Reef Defense Campaign Leader, Deborah Bassett, “With the oceans of the world under attack from commercial extraction and pollution, our mission remains steadfast to defend marine habitat and wildlife to the fullest extent — from the smallest of reef species to the largest marine mammals and apex predators. Time is running out for these great rain forests under the sea, so we must act now.”

Although Sea Shepherd is best known for its direct action efforts on the high seas, Sea Shepherd remains committed to protecting marine wildlife in all habitats, including the coastal awareness campaign orchestrated for Operation Reef Defense. Sea Shepherd plans to collaborate with Hawaiian dive shops and the surfing community to bring light to the destruction happening beneath the waves. With the campaign currently underway in Hawaii, Sea Shepherd’s global chapters will soon mirror similar programs in their local waters.

Reef degradation is a global crisis. Of the 100 countries with coral reefs, reef degradation is highest in Southeast Asia where nearly 95 percent of the region’s reefs are threatened, mainly due to overfishing and destructive fishing practices. The loss of underwater life and habitat is also ever-present in our own backyard of Hawaii, where the top ten sought-after species of fish for aquariums have decreased by 59 percent over the last 20 years, while the most popular aquarium fish has declined in abundance from 38 to 57 percent. In Jamaica, it is estimated that almost all of the reefs are dead or severely degraded from overfishing and coastal pollution. 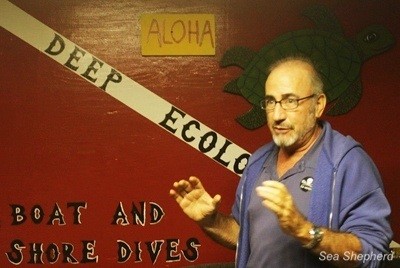 Sea Shepherd’s Vice President Robert Wintner, a veteran campaigner against the aquarium trade and its devastating impact to Hawaiian reefs stated, “Sea Shepherd will champion marine habitat and wildlife from the ravages of urban and corporate effluent and the destruction caused by the aquarium trade. Massive reef wildlife dies every year as disposable ornamentation in the vicious cycle of wildlife trafficking for the pet trade. Death generates continuing demand, driving the aquarium trade to strip reefs bare. Over 25 million sea creatures are in the commercial aquarium pipeline at any given moment – and nearly all will die within a year from the point of capture.”

“Sea Shepherd is very much concerned for this wildlife and needs public support to translate these concerns into action. We may lose support from people who keep captive marine wildlife for a hobby, but as Captain Paul Watson has stated — our clients are the creatures of the sea. We hope that all people who are concerned for the oceans will recognize the importance of protecting reef eco-systems worldwide, and that if any of our supporters do keep marine wildlife in an aquarium, they will care for the wildlife they have and refrain from purchasing any more,” Wintner added. 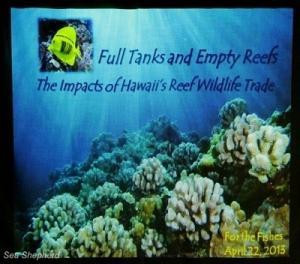 Coral reefs simply cannot support continued unlimited resource usage or unmanaged global trade. Such drastic ongoing decline of healthy reefs will pose serious consequences for animals both on land and in the water and people worldwide.