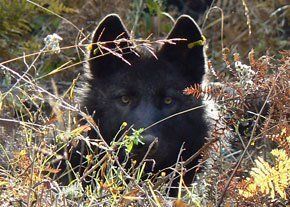 Salem, Oregon  –  After seventeen months of grueling negotiations, conservationists, Governor John Kitzhaber, the Oregon Department of Fish and Wildlife (ODFW), and the livestock industry have reached a compromise settlement agreement that resolves a long-running legal battle over wolf conservation in Oregon.

“Oregonians treasure our state’s wildlife and want to see it protected,” said Dan Kruse, an attorney for Oregon Wild and Cascadia Wildlands. “This settlement will put in place, for the first time, clear standards and public accountability for what must happen before ODFW or livestock interests can kill an endangered wolf, and measures that should reduce conflict between wolves and livestock. I applaud all the parties for coming to this agreement, and in the coming months we will be watching closely to ensure it is faithfully implemented.”

On October 5, 2011, a coalition of conservation organizations filed a legal challenge against the state’s aggressive killing program that targeted endangered gray wolves. The groups believed the state’s actions violated both the state’s Wolf Plan and Endangered Species Act. That same day an appellate commissioner with the Oregon Court of Appeals issued an injunction suspending the state’s ability to kill wolves on behalf of the livestock industry.

The settlement agreement resolves this legal conflict by establishing a new management framework which more clearly outlines steps that must be taken before the state can again consider killing endangered wolves. The agreement emphasizes the employment of responsible livestock husbandry practices and requires thorough use of proactive, non-lethal techniques to preempt conflict between wolves and livestock.

“We went to court because ODFW was breaking its own rules and state endangered species laws,” said Rob Klavins, Oregon Wild’s Wildlife Advocate. “This settlement is far from perfect, but it requires more transparency from the state and responsibility from the livestock industry. Now it’s up to the agency to honor the terms of the agreement and ensure wildlife management lives up to Oregon’s proud conservation values.”

Wolves began returning to Oregon in the late 1990s, after being hunted, trapped and poisoned to extinction in the first half of the twentieth century. In 2005, after wolves begin to return to Oregon the state and stakeholders created a wolf plan that prioritized conservation and non-lethal steps to prevent conflict with livestock as the species recovered in our state. When the plan was followed in 2009, conservationists did not oppose lethal action against wolves in Baker County. However, facing increasingly intense pressure from livestock interests, the state initiated a series of aggressive lethal actions against endangered gray wolves in Oregon. Conservationists believed this effort violated both the spirit and the letter of the Oregon Wolf Plan.

“This agreement gets us back to the wolf plan we thought we had in 2005,” said Nick Cady, Legal Director from Cascadia Wildlands. “Under this agreement killing wolves should be an option of last resort. Ranchers need to do their part to improve animal husbandry and coexist with native wildlife, and ODFW needs to live up to its mission to ensure abundant populations of native wildlife for all Oregonians.”

With support from the conservation community, in 2012 Oregon increased efforts to educate ranchers about the steps that can be taken to reduce the risk of conflict. Simple measures like burying dead cattle, keeping young calves and other vulnerable animals behind fences, and checking cattle more frequently have reduced conflict in Oregon, even as the number of wolves in the state has grown. In 2012, the state’s known wolf population grew from 29 to 46, and only four cows were lost to wolves.

“Oregon has a chance to learn from the mistakes of other states and become a model for how to balance conservation values with demands from the livestock industry,” said Steve Pedery, Conservation Director for Oregon Wild. “In the coming years, we look forward to working in Salem, at the federal level, and on the ground to advance wolf recovery and restore other important native species in our state.”

Wolf recovery remains popular in Oregon. When the state’s wolf plan was developed in 2005, a state poll showed 70 percent of Oregonians supported wolf recovery. A public review of the Wolf Plan in 2010 generated over 20,000 public comments. Over 90 percent were in favor of stronger protections for wolves.

While conflict surrounded wolf killing in 2011, other stories inspired hope for Oregon’s fragile recovery. A lone wolf left Northeast Oregon and gained international attention when he became the first wolf in Western Oregon since 1947, and then the first wolf in California in nearly a century. The wolf known to biologists as OR-7 and renamed Journey in an international naming contest is now back in Oregon, and has traveled over 3,000 miles in search of a mate.

“This agreement strengthens wolf protections throughout the state and sets in motion recovery across the rest of Oregon and the region,” said Josh Laughlin, Campaign Director for Cascadia Wildlands. “Wolves in the Pacific West are just beginning their historic recovery and will greatly benefit from this new management framework.”

The settling conservation organizations were represented by attorneys Nick Cady and Daniel Kruse.

Click here for a one-page description of the settlement agreement.

Click here for a table of Questions and Answers regarding wolves and the settlement agreement.