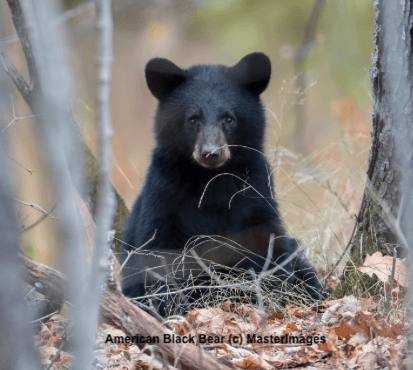 Split Rock Wildway, Part One:  Emplacing a Piece of the Atlantic/Appalachian Wildway 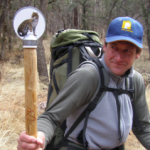 It takes a community to save a corridor; it takes a movement to save a continental wildway.  One of The Rewilding Institute’s focal areas, Split Rock Wildway, in New York’s Adirondack Park, exemplifies how a landscape may regain its Fishers, River Otters, Black Bears, Bobcats, American Chestnuts, and in the future – if we do our work well – even Pumas and Wolves.  This vital part of a future Atlantic/Appalachian Wildway is being pieced back together by a wide array of land trusts, conservation advocacy and education groups, wildlife-friendly land-owners, and state agencies. 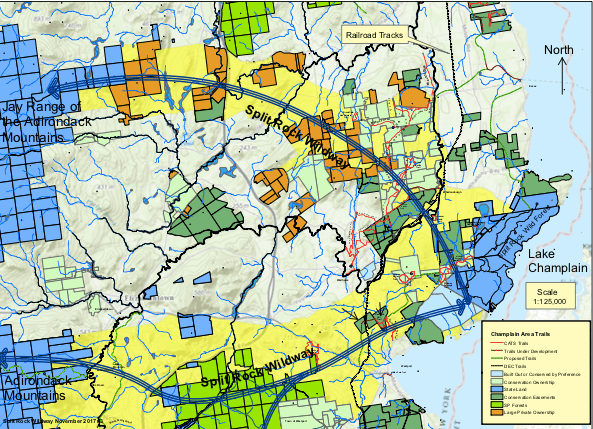 Rewilding Institute founder Dave Foreman has cautioned his fellow conservation visionaries to realize that our grand visions are unlikely to be realized in great sweeping strokes.  More likely, we must continue to implement continental wildways incrementally.  Dave tells us we can see our vision of North America rewilded like the picture on the box of a jigsaw puzzle, which  can be put in place piece by piece over time by many groups, working in concert at local and regional scales.

In his book Rewilding North America – essential reading for all North American wildlands proponents (and available through Rewilding Earth), Dave Foreman proposes conservationists give special attention to saving and reconnecting wildlands in four great swaths sweeping across the continent, which we now sometimes call the Atlantic/Appalachian Wildway, the Spine of the Continent, the Pacific Crest & Coast Wildway; and the Boreal Wildway.  Since completing this conservation classic, Dave and other rewilding advocates have recognized the possibility of restoring regional and continental wildways also through the Southeast Coastal Plain, the Great Plains, and the Upper Great Lakes.

A large and growing literature shows the importance of protecting big wild core areas, linking them with wildlife corridors, and allowing the full range of wildlife species – including apex predators and other wide-ranging species – to thrive therein.  Along with Dave’s Rewilding North America, other important books in this genre include Continental Conservation, edited by Michael Soule and John Terborgh; Saving Nature’s Legacy, by Reed Noss and Allen Cooperrider; The Carnivore Way, by Cristina Eisenberg; Spine of the Continent, by Mary Ellen Hannibal; Trophic Cascades, edited by Jim Estes and John Terborgh; Heart of a Lion, by Will Stolzenberg, Phantom of the Prairie, by John Laundre, and (I hope I may be so bold as to propose:) Big, Wild, and Connected, by this author. (Most of these books are or soon will be available through Rewilding Earth’s bookstore.)

As human population soars (a crisis we must address with all due wisdom and compassion, largely through education and universal access to birth control), extinction accelerates, and climate unravels, large-scale restoration goals may seem hopelessly naïve; yet Rewilding leaders see them as ecological and moral imperatives. Moreover, the “Half Earth” goal made famous by the great biologist EO Wilson and now championed by Nature Needs Half and other groups is gaining momentum and may indeed become a global meme for conservation work in the 21st century.

Typical appearance of an American chestnut in the wild. (c) The American Chestnut Foundation

Episode 6: John Davis On Rewilding In The Northeast