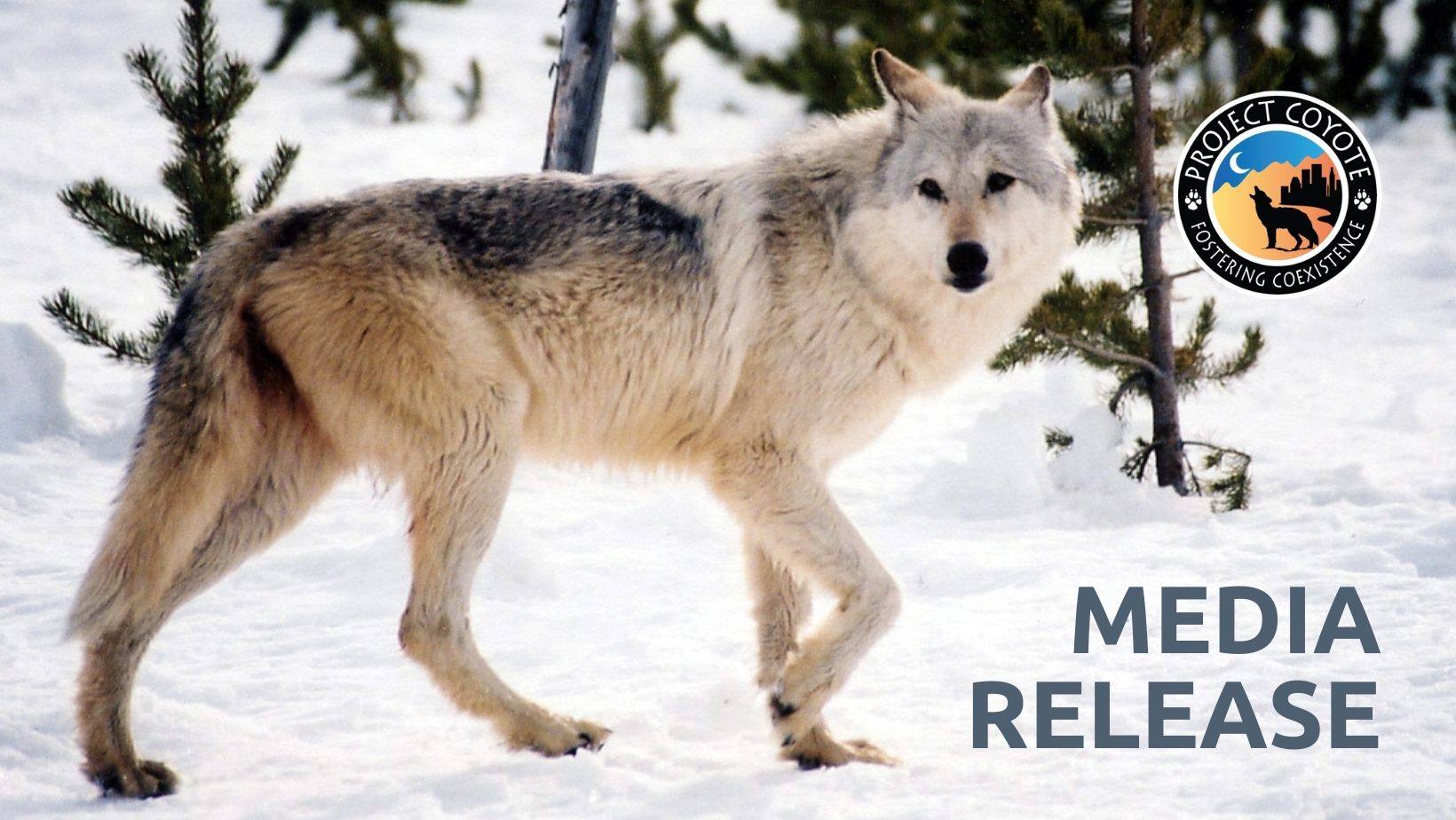 Decision could spare hundreds of wolves targeted for killing

In the biggest news so far for wolf protection in the United States in 2021, a court in Wisconsin issued an injunction on October 22 requiring the Wisconsin Department of Natural Resources (DNR) to set the quota at zero wolves for the upcoming wolf trophy hunt scheduled to start Nov. 6.

The injunction was granted at the request of Animal Wellness Action, the Center for a Humane Economy, Project Coyote, Friends of Wisconsin Wolf and Wildlife, and Wisconsin resident Pat Clark as part of a legal action filed against DNR. In a prior decision, Dane County Judge Jacob Frost also denied a motion to intervene from an extreme Kansas-based trophy hunting group whose prior legal actions set the stage for the slaughter of 218 wolves in February 2021.

Judge Frost’s decision to enjoin the hunt rested on his concern that DNR has violated the Wisconsin Constitution by failing to finalize formal rules and follow its own policies related to the wolf hunt. Instead, DNR has been relying on an “emergency rule” since 2012. Pointing to a failure of democratic decision-making, Judge Frost acknowledged the “perverse result of an emergency rule that has lasted about a decade.” DNR’s emergency rule has had devastating impacts on the state’s wolf population, with a first blow delivered in February and a second one planned for November.

“DNR needs to stop it,” Frost said in his oral ruling issued from the bench Friday. “They need to actually comply with the law.” The judge ordered DNR to set the wolf quota at zero, and to issue zero licenses allowing hunters to kill wolves until it engages in formal rulemaking.

Opponents of the planned November wolf trophy hunt argue that DNR has recklessly managed wolves, including in the aftermath of the lifting of federal protections by the outgoing Trump administration that took effect in January 2021. Part of the state’s mismanagement included setting a wolf kill quota of 130 for the upcoming hunt without any sound scientific basis or conservation rationale. During quota-setting hearings in August, DNR freely conceded that it did not fully comprehend the final impact of the disastrous February 2021 trophy hunt when at least 218 wolves were slaughtered in a 60-hour killing spree that exceeded the set quota by 83 percent.

Despite acknowledging that one of the primary reasons for the excess killing of wolves in February was the delayed reporting period — which enabled hunters to skirt the cap by claiming they didn’t get the “stop shooting” order until it was too late — DNR actually lengthened the reporting period for the proposed November hunt, allowing hunters even more time to prolong the killing of wolves. This action would have virtually ensured another overkill despite evidence of social media posts from hunters encouraging last-second reporting to maximize the number of wolves taken.

“We are heartened by this rare instance of reason and democracy prevailing in state wolf policy,” said Michelle Lute, PhD in wolf management and National Carnivore Conservation Manager for Project Coyote. “Today and yesterday’s hearings made clear that the DNR violated the constitution, and that the wolf slaughter scheduled to start in November would result in catastrophic and irreparable harm and must not occur​​.”

“While the injunction brings welcome temporary relief from ongoing killing of wolves in the state, we can’t stop working to make sure that what happened in February 2021 never happens again in Wisconsin,” stated Melissa Smith, Executive Director of Friends of Wisconsin Wolf and Wildlife. “We know that this injunction will be challenged by powerful and wealthy interests who care little about the rule of law and just want to see the senseless slaughter continue.”

Neither Michigan nor Minnesota elected to allow trophy hunting and trapping of wolves in 2021, leaving Wisconsin alone among range states in the Great Lakes region on wolf policy. The granting of the injunction gives Wisconsin’s wolves a reprieve until federal protections can be restored in separate proceedings in federal court.