Dr. Stuart Pimm, Professor of Conservation Ecology at Duke University, is one of the world’s most highly cited and influential environmental scientists. He’s an internationally recognized global leader in the study of biodiversity, especially present-day extinctions and what the world can do to prevent them. The media turn to him when they want to know what’s happening to our planet. He is adept at explaining a complex issue in a relatable way. His message that we can all make a difference in our planet’s survival, inspires a wide audience.

Pimm was awarded the 2019 International Cosmos Prize, widely viewed as one of the most
prestigious honors presented in the environmental field. The honor recognizes Pimm’s
groundbreaking research on endangered species, as well as, his work through his non-profit
organization Saving Nature, to promote practical approaches to help slow or reverse species’
declines by protecting and restoring their shrinking habitats. Past recipients of the Cosmos Prize include Jane Goodall, E.O. Wilson, Richard Dawkins and Sir David Attenborough, among other luminaries in the fields of conservation science and natural history. His international honors also include the Tyler Prize for Environmental Achievement (2010), and the Dr. A.H. Heineken Prize for Environmental Sciences from the Royal Netherlands Academy of Arts and Sciences (2006).

Pimm directs Saving Nature a 501c3 non-profit that uses donations for carbon emissions offsets to fund conservation groups in countries to restore their degraded lands in areas of exceptional tropical biodiversity. Their Science Board is composed of some of the world’s most eminent and accomplished conservation biologists. 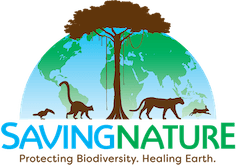 Pimm’s commitment to the interface between science and policy has led to his regular testimony to both House and Senate Committees of the U.S. Congress. He frequently visits Washington D.C. to engage policy makers on environmental issues. He is also asked to advise international governments on biodiversity issues and the management of national parks.

Pimm has served on National Geographic’s Committee for Research and Exploration and currently works with their Big Cats Initiative, an effort to reduce human-wildlife conflict in Africa, Asia and elsewhere. He is a lecturer on National Geographic expeditions. In addition to his conservation efforts in Africa, Pimm has worked in the wet forests of Colombia, Ecuador and Brazil for decades, and is a long-term collaborator on the Forest Fragmentation Project in the Brazilian Amazon. In the last decade, he has been active in training Chinese conservation professionals and spends a month each year in China.

Pimm is the author of over 300 scientific papers and five books, including the highly acclaimed assessment of the human impact to the planet: The World According to Pimm: a Scientist Audits the Earth. His students have gone onto important positions, some into top universities worldwide, others directing science at the International Union for the Conservation of Nature (IUCN), the World Bank, the Monterrey Bay Aquarium, U.S. governmental agencies and international NGOs.

Read More
Back to Rewilding Leadership Council
Spread Rewilding Around the Globe!