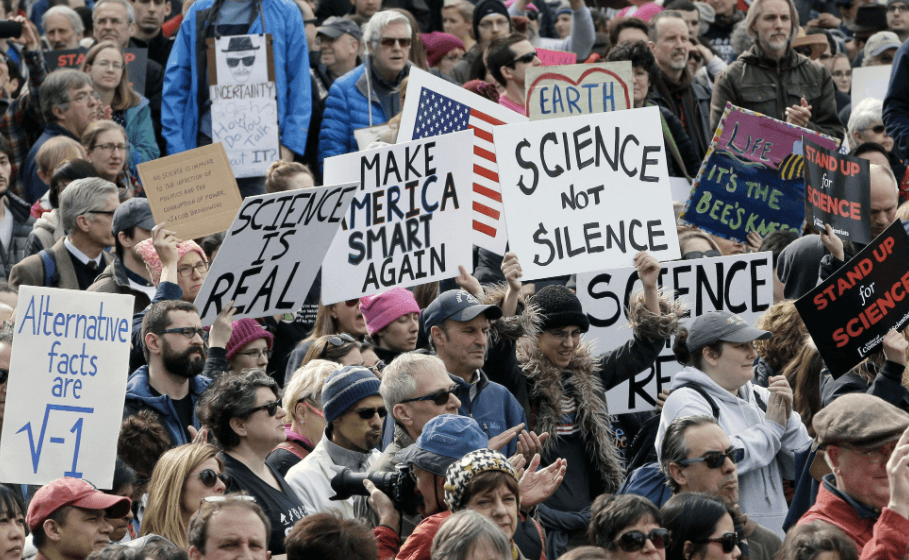 PUBLIC OPINION, as it appeared in Climatewire 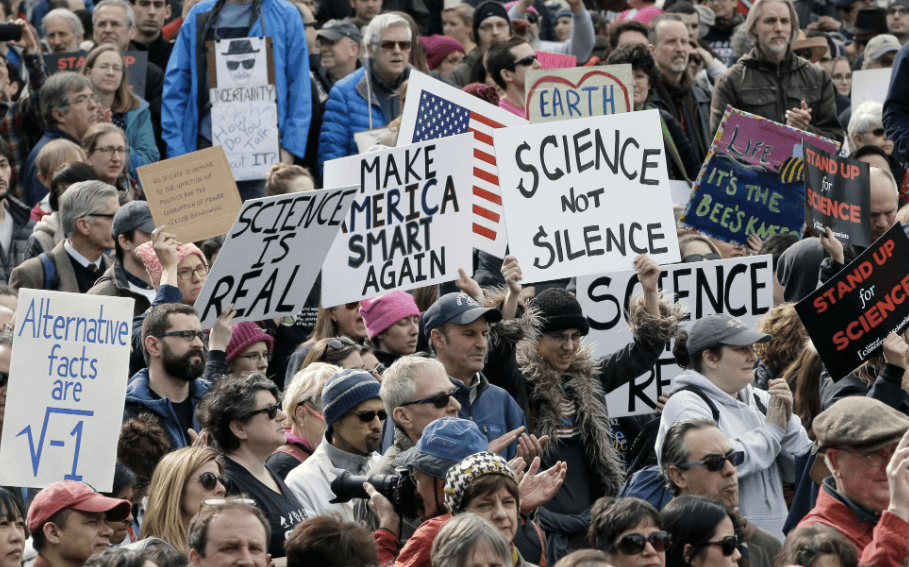 Scientists are planning their second march on Washington in as many months to protest what they feel is the Trump administration’s devaluation of their work, and new research suggests the public won’t think any less of them because of it.

For some researchers, used to long hours in the lab or classroom, advocating for their work is a new and uncomfortable role. It’s one that has already caused rifts, with some arguing that scientists should stick to research and stay out of politics and others arguing that they need to defend their work at a time when it is under attack.

But a study published last week in the journal Environmental Communication finds that advocacy may not diminish the way the public perceives the work of scientists. In fact, scientists may have more freedom than they think to speak out.

“The study challenges this long-standing assumption that any form of advocacy will necessarily harm the credibility of scientists,” said John Kotcher, the study’s lead author and a researcher at George Mason University’s Center for Climate Change Communication.

“The long-standing question of whether scientists should engage in any form of advocacy is less important than what, specifically, the scientists are advocating for,” he said.

Kotcher and his colleagues created fictional scientists who posted advocacy statements on social media and surveyed more than 1,000 respondents’ reactions. They found that five out of six times such statements were made, the “scientist’s” credibility was not perceived negatively.

The study comes as scientists are beginning to mobilize in unprecedented ways, largely in response to the political atmosphere. Some congressional Republicans have accused federal researchers of “politically correct” science, while the Trump administration plans to pare back climate change research in multiple federal agencies.

The march slated for April 22 already has the support of more than two dozen scientific organizations, including the American Association for the Advancement of Science, the world’s largest general science organization.

The George Mason study shows that the public expects scientists to stand up for their work, said Timmons Roberts, an environmental studies professor at Brown University who was not involved in the study. It should also signal to scientists that their credibility is not in danger if they decide to speak out.

“I’m not surprised by the finding at all. Scientists are human beings, and they weigh the evidence that they have before them,” Roberts said. “That they are good at that shouldn’t be surprising for weighing in on larger issues. What is useful in this research is it’s dispelling a myth I think is quite prevalent among scientists that if they step beyond the comfort zone of publishing an article in a scientific journal, they will lose their credibility.”

There has been little previous research into the public perception of scientists and advocacy. However, a 2009 Pew Research Center survey found that about three-quarters of the population supported scientists taking political positions.

That study found that the public is not necessarily opposed to scientists advocating in a general sense. When the scientist advocated a position, there was no harm, researchers found. That included a discussion of climate change risks, calls to action to address climate change, and weighing the pros and cons of addressing climate change. It also included postings where the scientist advocated for specific actions such as limiting emissions from coal-burning power plants and constructing more nuclear facilities.

Only the scientist’s support of nuclear facility construction was perceived by respondents as hurting his credibility, suggesting that advocacy for a specific viewpoint is more problematic than more general statements.

The data for the study were collected in 2014, long before the 2016 election pushed researchers, lab assistants and professors to consider a newfound activism. Still, it has some lessons for this particular moment in science and when thousands are preparing what could be an unprecedented march on Washington, Kotcher said.

Still, Kotcher cautioned, the study differentiates among different forms of advocacy. When it comes to public perception, it’s one thing to hold a sign at a rally that emphasizes scientific discovery. It’s another thing entirely for scientists to hold signs that specifically criticize Trump, he said.

“If you overtly include some part of partisan cue in your statement, either making reference to Donald Trump or some elected official, that’s going to be a much more powerful signal to audiences as to just exactly where your loyalties lie as to partisan leanings or ideological bent,” he said. “If you are saying that we are a nonpartisan group of individuals who are interested in these core values, and the reason we are interested in these core values or defending these core values is to defend the public interest broadly, that will go over much more positively than if the actions are seen as some sort of defense of scientists’ own parochial self-interest.”