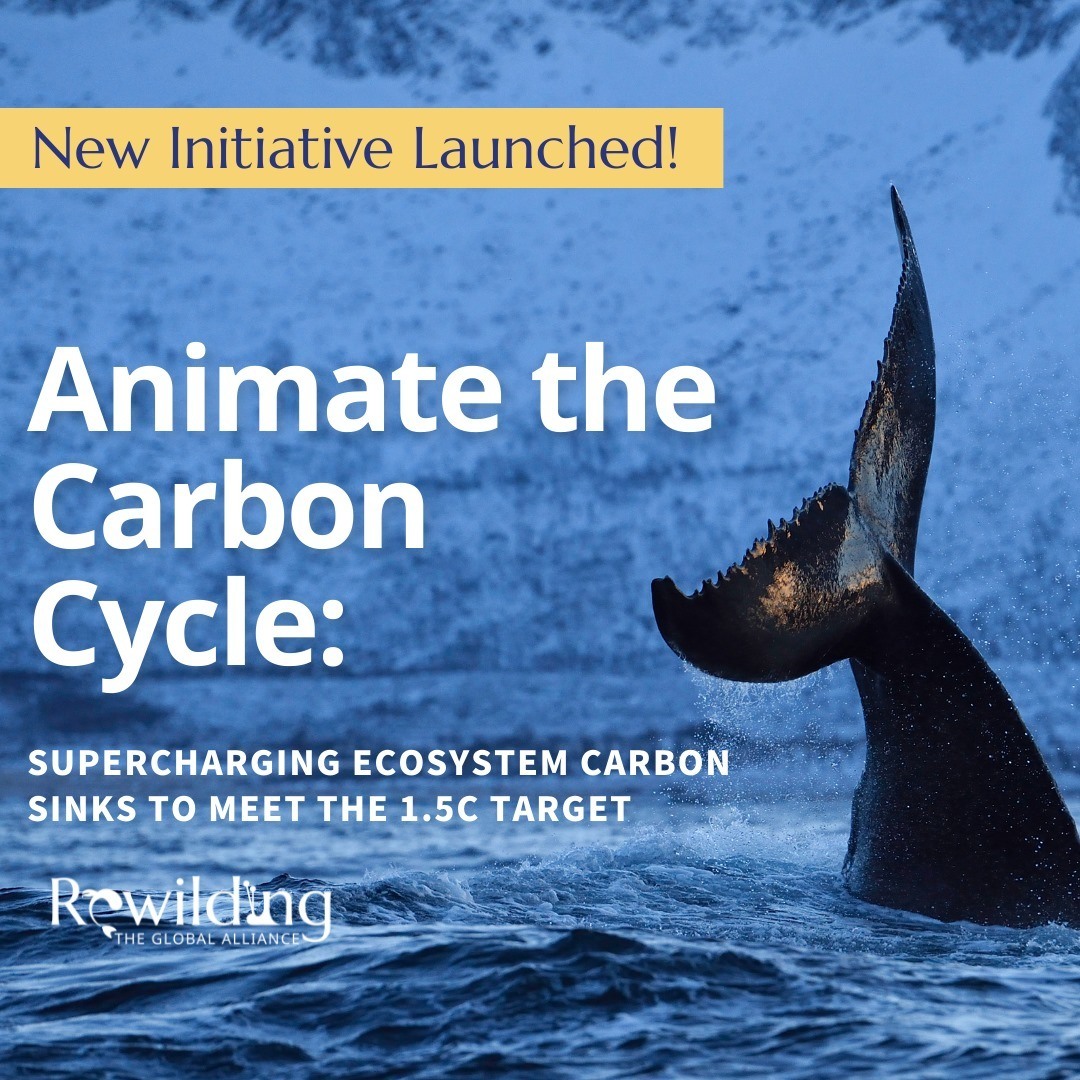 A high-level group of 60 scientists, economists, and civil society organizations have launched an initiative that, by 2023, will demonstrate the direct impact of nature solutions on solving the climate emergency.

“Animate the Carbon Cycle: Supercharging ecosystem carbon sinks to meet the 1.5oC target” is a collaborative research and demonstration project that will confirm the massive positive and highly-undervalued impact that intact and functional nature has on stabilizing the climate, and humanity’s urgent need to protect and restore intact ecosystems. Scientific research shows the essential role that healthy populations of wild animal, plant, and fungal species play in the world’s carbon cycle. For more information.

Professor Oswald Schmitz, Yale School for the Environment, is a key originator of the concept of Animating the Carbon Cycle (ACC): “Restoring, rewilding, and conserving the functional role of vertebrate and invertebrate species can be a game changer by magnifying carbon uptake by 1.5 to 12.5 times (in some cases more) across the world’s terrestrial, freshwater, and marine ecosystems.”

Examples already exist of how different animal species can “supercharge ecosystem carbon sinks”. For example, the restored wildebeest population in the famous Serengeti has almost completely prevented wildfires, and the rejuvenated grasslands now capture carbon up to the equivalent of the annual human-caused CO2 emissions of Kenya and Tanzania combined. Through protecting wolf populations across the North American boreal region, an amount of carbon equivalent to 10% of USA’s CO2 emissions. By restoring the forest elephant population in the Congo Basin to historic levels, an amount of carbon equivalent to France’s annual CO2 emissions would be stored.

The potential for restored wildlife populations in the ocean to help stabilize the climate is staggering. If we restore whale populations to their estimated pre-historic population levels, the annual emissions of Russia – or more than that of all African nations – could be captured. And, although our fish stocks are severely overexploited, they still capture an amount of carbon equivalent to twice the CO2 emissions of the EU-27. Imagine the climate potential if we rebuild the world’s severely depleted fish populations!

Over the next year this new initiative will document the scientific, economic, and practical potential of animating the carbon cycle, and provide concrete measures to achieve this – including field methodology, financial, legal and policy solutions. Leading this is a consortium of organizations facilitated by the Global Rewilding Alliance (GRA) and including One Earth, Yale School of the Environment, Re:wild, GRID-Arendal, Rewilding Argentina, the Wilderness Specialist Group (IUCN) and The WILD Foundation, with input from a diverse group of expert scientists, economists, policymakers, and practitioners.

This new coalition advocates a very simple solution — preserving still-intact nature and restoring and rewilding functional ecosystems at large scale; and with urgency, because only “2.8% of the land surface could be considered functionally intact.” The situation for our seas is hardly any better.

Animating the Carbon Cycle is an extremely cost-efficient, nature-based solution that allows nature, climate, and people to prosper. Carbon is managed, species are saved, and Indigenous Peoples and local communities who steward many of these intact areas are supported and their cultures strengthened. Animating the Carbon Cycle is the critical, missing link between biodiversity and climate change.

The Global Rewilding Alliance is a network of practitioners and messengers of +130 members working on every continent (except Antarctica), restoring and rewilding nature on more than 100 million hectares of land and sea in 70 countries.

Vance Martin, representing the Global Rewilding Alliance (GRA), summarizes the objective of this initiative: “If we’re going to solve the climate crisis and meet the 1.5oC target, the Global Rewilding Alliance believes it’s necessary to urgently supercharge ecosystem carbon sinks through animating the carbon cycle. This needs to be recognized by the UNFCCC and other global processes such as the Convention on Biological Diversity (CBD) and be immediately implemented by all countries and institutions and civil society.”

This initiative is part of the UN Decade on Ecosystem Restoration through the Global Rewilding Alliance (www.rewildingglobal.org).

Anchored in the Global Charter for Rewilding the Earth: Advancing nature-based solutions to the extinction and climate crises, the Global Rewilding Alliance was founded by The Wild Foundation and Re:wild in 2020. The network of currently 130+ organisations work across Africa, Asia, Australia, Europe, Latin America, North America and globally to rewild more than 100 million hectares of land and sea in 70+ countries. Our goal for 2030 is that rewilding has become mainstream in science, policy and practice and is recognised globally as being credible, practical and inspiring: a key approach for people, nature and climate.  Learn more at rewildingglobal.org.