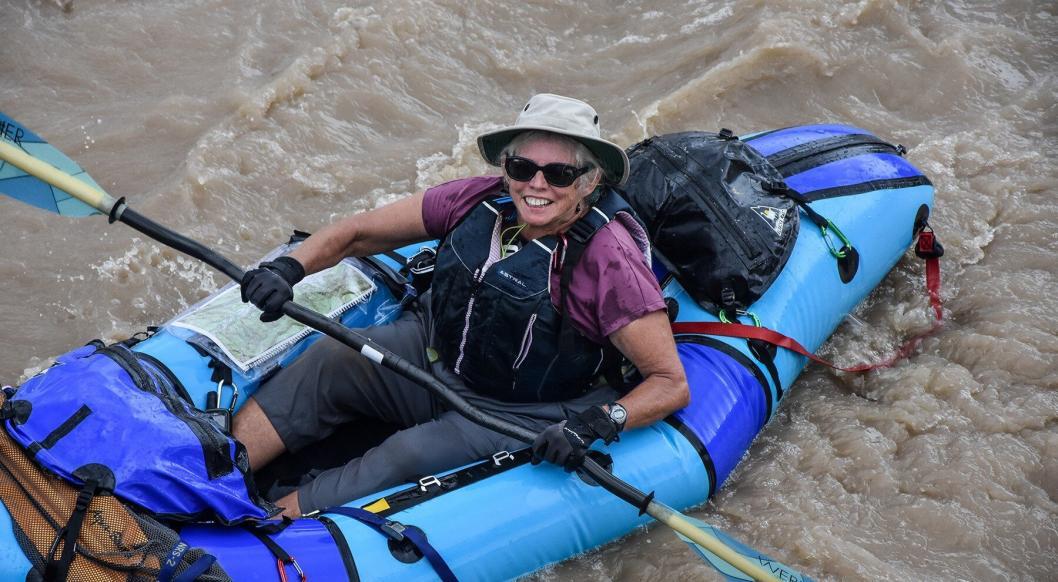 Featured Image: Nancy in her Alpacka, 2019 (before ALS) © Dave Foreman

The Rewilding tribe has lost another of our great leaders, after a good life full of tireless work for and exploration of wild places.  Nancy Morton, wife of The Rewilding Institute founder Dave Foreman, bravely took her own life on the night of January 16, before the ravages of ALS (“Lou Gehrig’s disease”, for which there is no cure) could rob her of free will or make her a burden to those she loved, particularly Dave. 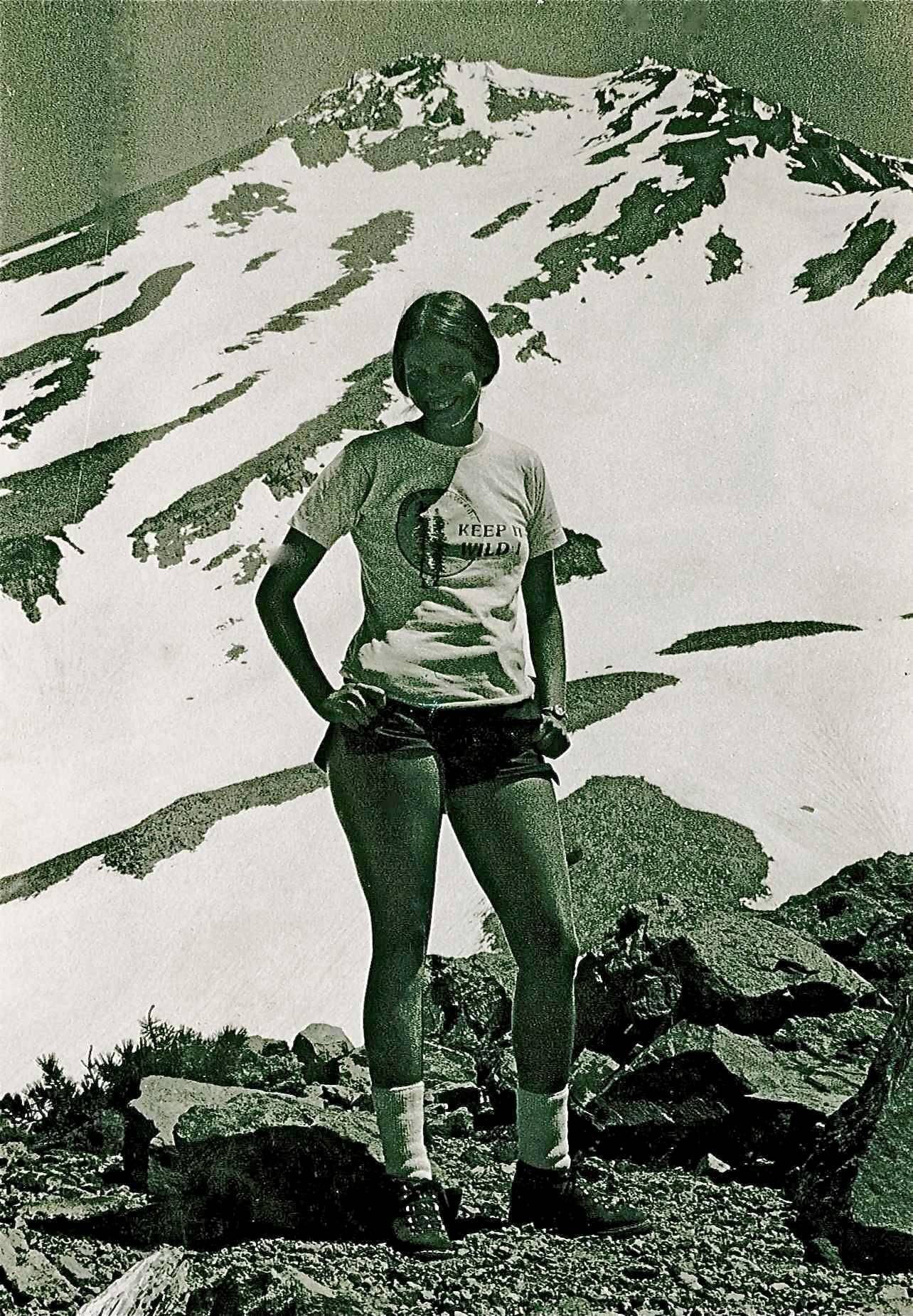 By profession, Nancy was a nurse who rose to the top of her profession and coordinated a healing-edge curriculum for nursing programs in New Mexico, for which she was awarded the New Mexico Academic Nurse of the Year.  After many years as an ICU nurse, she taught at the University of New Mexico School of Nursing for 22 years.  As a medical professional and wilderness first aid expert, Nurse Nancy, as we sometimes called her, rescued many river and hiking trip companions, but most especially Dave and secondarily me, from countless mishaps in wild places.  These ranged from me (John D. speaking here) stupidly thinking I could hike all day in desert sun without sunscreen or water, to Dave walking off a cliff in inky darkness while answering the call of Nature at night. “Thank goodness Nancy was there!” became a common refrain for trips where one or more of her friends needed her healing hands and well-stocked first-aid kit.

By passion, Nancy was a Wilderness advocate and river runner.  Nancy met Dave back when she was a volunteer Wilderness advocate (Northstate Wilderness Committee) in northern California, and Dave was on the road giving hellfire & brimstone speeches for Earth First!  Nancy & Dave’s wedding at the Earth First! Round River Rendezvous in the Boulder/White Cloud mountains of central Idaho in July 1986 was an earthy celebration none of us lucky enough to be present ever forgot.  Shortly before Nancy & Dave’s wild outdoor wedding, and as if to honor these two great wilderness warriors, a Wolverine crossed the trail before me (John D., their earnest young apprentice) twice, on my morning ramble before their wedding. 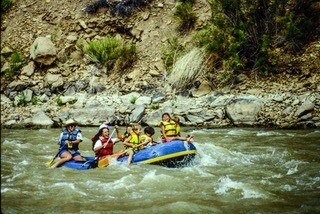 Nancy on the Green in Desolation Canyon © Dave Foreman

During the last 20 years, she paddled well over 1,000 miles of river above the Arctic Circle in the Brooks Range of Alaska and the Barren Grounds of Arctic Canada.  She also took up scuba diving and did trips from the Caribbean to the Banda Sea in Indonesia.

Nancy preferred to keep a low profile although she always stood out.  Nancy and Dave were a dynamic duo of wild creativity and advocacy, and Nancy was Dave’s equal.  Among Nancy’s many leading roles in working for wild Nature were: champion for Ishi and other Wilderness Areas in her native northern California, lead organizer of Earth First!’s annual Round River Rendezvous (among the most inspiring and informative wilderness gatherings we’ve ever attended), early visionary with Sky Islands Alliance, co-founder of the Earth First! Foundation, chief organizer and meal planner on countless river trips with fellow wilderness leaders (we called her Admiral of the Western Fleet in recognition of her unparalleled organizational ability), and co-founder and till near her death, chair of the New Mexico Wilderness Alliance. 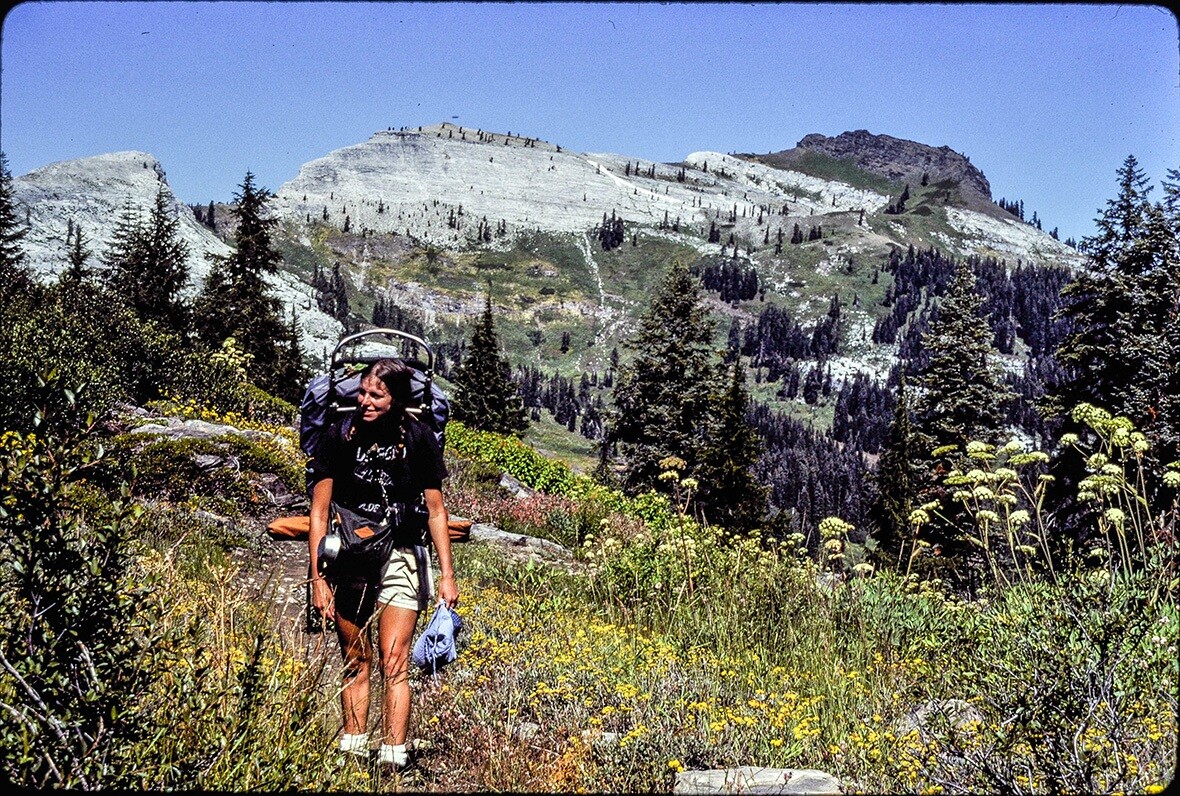 Nancy is survived—almost miraculously, given all the times she had to save him—by her husband Dave Foreman, as well as by her two sisters, and Dave’s sister and nephews and nieces.  Dave returned many of the loving favors by caring round the clock for Nancy this past year as she rapidly declined from ALS.  Nancy is also survived by her and Dave’s beloved cats Misty and Yampa.

Friends wanting to honor Nancy in some way can do so by standing up fearlessly for Wilderness and Wild Rivers, as Nancy did since her college days at Chico State University.  Folks interested in recognizing Nancy through donations can support the New Mexico Wilderness Alliance; to honor Nancy’s inspiration, generosity, and relentless commitment to Wilderness and wildlife, they have established The Nancy Morton Wilderness Internship Fund to keep her fiery heart for Wilderness burning. (Read their tribute to her here.) Friends could also give a gift to The Rewilding Institute earmarked for her husband Dave’s current big project: a new edition of Rewilding North America.

Nancy, we miss you terribly.  More than mourning your death, though, we celebrate your brave and generous life.  May we take from your inspiring legacy added courage to protect and restore wild places and all wildeors.

—Susan Morgan and John Davis on behalf of the Rewilding team

Nancy was a dear friend and mentor. The river adventures with Nancy are what I remember and cherish the most. I learned so much from her as she created fantastic experiences for so many friends on so many rivers over the years. I’ve never known anyone who loved free and wild waters meandering (or storming) through wilderness more than Nancy. It was contagious. I pass what I’ve learned from Nancy about river-running and conservation strategy on to my son, proudly.

Never met Nancy, but thanks for saving Dave and John. Condolences to all.

Oh, so very sorry to hear this. My deepest condolences to Dave F. She was so strong and gave so many others strength. What a loss.

Peter and I have fond memories of Nancy not only as a champion for wild lands, waters, and wildeors, but also as a warm, welcoming hostess at the home she shared with Dave in the northeast heights of Albuquerque. We’ll miss her! Dave, we’re thinking of you. ^..^

I dearly wish I had met her somewhere along the trail. I lost my Monica ten years ago. We were just two weeks shy of our 32nd wedding anniversary when she passed with Hospice care. She lived seven years after receiving a double-lung transplant. Monica and I visited Albuquerque in 2006 and I lived there as a grade-school student (at Zia Elementary). My best to you, Dave. I often think of the talk you gave to conservationists in State College, Pa., about 20 years ago.

Shocked and saddened to hear of Nancy’s passing. I hadn’t met her but had seen and heard her name many times in association with Dave’s and EF!’s game-changing works over the years. My sincerest condolences.

I had the great good fortune to meet and work with Nancy at UNM’s College of Nursing in 2015 until her retirement. She was an outstanding teacher, mentor, clinician, and advocate for students and faculty. I know her heart and spirit are free in the wild places she loved the most. Deepest sympathies to David and survivors. I know we will ALL miss her, always.

I am deeply saddened to learn of Nancy’s passing. I was fortunate to know and work with her at the UNM College of Nursing from 2002 until my retirement in 2011. I am a much better person for having known her. Nancy will always be remembered not only be me, but by all who were fortunate enough to know her.

Hey Dave,
I hadn’t met her but had seen and heard her name many times in association with your game-changing work over the years. My sincerest condolences, Ron Marquart

I had the privilege of working with Nancy at the College of Nursing. Both staff and Students loved and appreciated Nancy’s dedication and hard work. Nancy you will be truly missed.

I remember Nancy from Chico days with Steve in the 70’s, and then Dave. I have followed the stories along with Dave and am impressed with all the great adventures and dedication to the wilds. So sorry to hear this and yes, brave to the end. Inspiring. 🙏🏼 Peace and love , Madeleine (Ruge/Watters) Landis in Central Or.