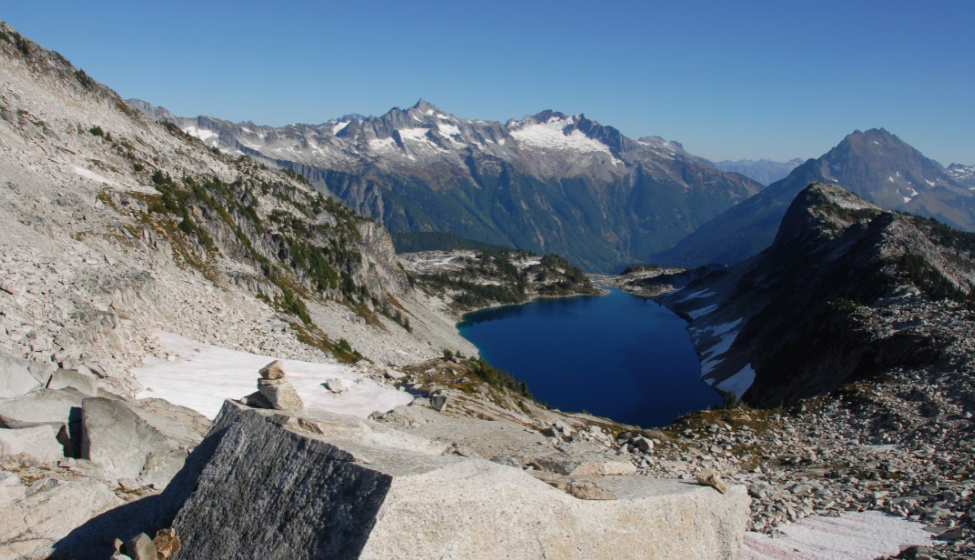 President Theodore Roosevelt embarked on his Great Loop tour of the American West in 1903, to that time the longest cross-country journey ever taken by a President of the United States. His purpose was to present his conservation policies in the run-up to the 1904 presidential election. One stop on the tour was the Grand Canyon, dismissively called by locals the “Big Ditch” which was, to developers, a useless waste, like Death Valley.

Roosevelt saw it differently, and speaking at the Canyon rim he said the following to his audience of Arizonans:

“I want to ask you to do one thing in connection with it. In your own interest and the interest of all the country keep this great wonder of nature as it now is. I hope you won’t have a building of any kind to mar the grandeur and sublimity of the cañon. You cannot improve upon it. The ages have been at work on it, and man can only mar it. Keep it for your children and your children’s children and all who come after you as one of the great sights for all Americans to see.”1

These words, oft-quoted today, are in sharp contrast to the view of public lands of the Trump administration which is intent on “improving” all public lands by development of one sort or another. Trump disagrees with Roosevelt’s view that some places are of “such interest of all the country” that they should be preserved.

The Antiquities Act has been the object of anger since its passage in 1906 because it preserved parts of the public domain, stopping destruction by those who would exploit those places. Iowa congressman John Lacey, concerned especially about the plundering of artifacts from Mesa Verde and other Southwest archaeological sites and of Pliocene fossils, pottery shards, and petrified logs from the Painted Desert-Petrified Forest area, pushed through Congress the Act, which he had drafted with archaeologist Edgar Hewett. President Roosevelt, of course, was all for legislation that would allow him to take “rapid presidential action” in the face of a “tortoise-paced Congress.”2  He did just that, creating eighteen national monuments, including Grand Canyon where miners were intent on digging for various minerals. Congressman Lacey inserted the words “scenic and scientific” into the Antiquities Act in order that it could be used to protect places like Petrified Forest. Roosevelt interpreted it as a means to protect the vastness of the Grand Canyon.

Thanks to Lacey and Roosevelt, the Antiquities Act has been an effective tool for conservation. Most early monuments became part of the National Park System, carved out of public land sometimes managed by the Forest Service or other agencies and placed in the care of the Park Service. Recently monument proclamations have left them to be managed by the agency managing the land in question, as with the Bureau of Land Management in the case of Grand Staircase-Escalante and Bears Ears. In 2018 President Trump is attempting to reverse monument proclamations by executive order, and anti-conservation congressmen, principally from Utah, are proposing outright revocation or at least revision of the Antiquities Act. Weakening or revoking this conservation tool, which allows a President to take executive action to protect places “of interest of all the country” in the face of threat and congressional inaction, would be a huge loss since there are many excellent candidates for national monument status still awaiting action.

The second threat involves the tightrope the Park Service has walked since 1916 when the National Park Service Act charged it with providing for the “enjoyment of the same in such manner and by such means as will leave them unimpaired for the enjoyment of future generations.” The “same” here are “national parks, monuments, and reservations.”3

The balance has swung back and forth between making the parks accessible for recreation and preserving park resources, with tension always present between the two missions. The National Park System has grown dramatically since 1916, and so of course has American and global population. Park visitation has grown from tens of thousands to more than 300 million a year. Outdoor recreation has grown in popularity, and types of recreational activity have multiplied. The growth in demand for national park experiences has vastly outpaced the growth of the National Park System.

The challenge for rewilding is to promote strategies of managing recreation that result in the least impact on the natural world in national parks and other protected areas. There are short-term and long-term aspects of this challenge. Urgent issues in 2018 include Department of the Interior rescission of NPS Director’s Order #100 which emphasized, on the nature side of park management, use of science and goals of connectivity and life-cycle stewardship. This Trump administration action was applauded by the Access Fund, the Outdoor Recreation Roundtable, and the American Recreation Coalition, signaling their concern that stewardship aimed at conservation will constrain opportunity for recreation, which often involves development. Interior Secretary Ryan Zinke, an avid hunter, established a “Hunting and Shooting Sports Conservation Council” the purpose of which, a press release indicated, is to advise the Interior and Agriculture Departments on “policies and authorities with regard to wildlife and habitat conservation.” The National Park System is the last public land system to constrain hunting within its domain—essentially all other federal public lands are open to hunting and trapping — and rumors abound as to what the implications of Zinke’s actions might mean for the System. These are only two examples of pressing issues in 2018.

Over the longer term, the challenge is to develop and promote policies that facilitate outdoor recreation while conserving wildlife and other sensitive natural resources. Policy and stewardship in national parks (and elsewhere in the outdoor recreation world) must be guided by research and knowledge, not by the economics of the outdoor recreation industry which should work with managers to find balance. Some places can handle motorized access while others cannot. Some are appropriate for bolted climbs, mountain bikes, and paragliders, others are not. Constraints on activity to protect natural and cultural values can and must be agreed to by all, and that will not be easy, but if values of parks are to be protected for the interest of all the country, world, and future generations, that must be the goal.

The third and last threat is development, both outside and inside national parks, and there are short and long-term challenges here as well. Short-term examples from the first year of the Trump administration are: review and revise oil and gas leasing in marine environments (Executive Order 13795); review and revise regulations that hamper energy development on public lands(DOI Secretarial Order 3349); move to approve groundwater mining of 16 billion gallons per year from the Mojave Desert; BLM approval of a pumped storage facility near Joshua Tree National Park; push a road through part of Gates of the Arctic National Park and Preserve to allow mining near Ambler, Alaska; sell oil and gas leases near Chaco Culture National Historic Park – the list could go on and on. The response to these immediate threats is straightforward – oppose the actions one by one with every tool available.

The challenge is different over the long term. In a world bent on eternal economic growth, the underlying premise is that humans have infinite needs and nature has an infinite capacity to meet those needs. But the earth is finite. Parks and protected areas in a world driven by this premise will be islands in a rising sea of development. Ultimately, they will be overwhelmed. In the medium term, pumpjacks and fracking towers will be everywhere, corridors for wildlife blocked in a multitude of ways. Global population growth will bring more demand for shrinking parks and protected areas, which will be “loved to death.” As greater portions of this population have less and less contact with nature, “ecological amnesia” will be rampant – if you haven’t experienced it, you won’t miss it. Support for parks and protected areas will decline, as will opposition to develop around and even in them.

CALL TO ACTION:  This is not a pretty picture, but it cannot be ignored. America was the birthplace of the national park idea and led the way in protecting places of “interest of all the country” and, we should add, the world.  America can lead again in conserving natural and cultural legacies.  At this time such a prospect seems far from certain, but there are ways we can help: Keep up on immediate threats to individual park units, as with the current reductions of Bears Ears and Grand Staircase-Escalante National Monuments (even though they are BLM monuments – they are all part of the public land monument system). The best places to keep current on the issues are NPCA.org and Nationalparkstraveler.org. Study your favorite parks and their issues, and share your expertise with Congress, the Department of Interior (even if the fox is guarding this henhouse at the moment), or whomever you think needs to hear from you. Let Congress, the NPS, and other decision-makers know you think science must be the foundation of park and protected area stewardship. Be part of the growing activist movement to protect the national parks and all public lands.
________________________________________
1 Quoted in Douglas Brinkley, Wilderness Warrior: Theodore Roosevelt and the Crusade for America. (New York: Harper, 2009), p.527.
2 Robert W. Righter, “National Monuments to National Parks: The Use of the Antiquities Act of 1906,” Western Historical Quarterly, Vol. 20, No. 3 (August 1989), pp. 281-301, cited in Brinkley, p. 643.
3 An Act to Establish a National Park Service, and for Other Purposes, Approved August 25, 1916 (39 Stat. 535).