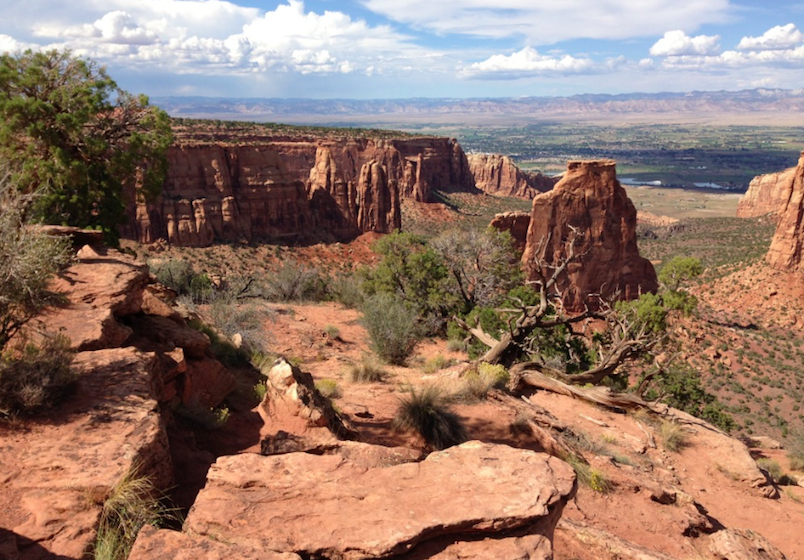 The Attack on the National Park System, Part 1

The National Park System is very popular with the American people: it’s nearly overwhelmed with visitors, and it’s an American institution we might think the Trump administration would leave alone. We would be wrong.

In its first year the administration has initiated more attacks of potentially devastating consequences for the Park System than any administration since Ronald Reagan, and perhaps since the first national park, Yellowstone, was established in 1872. Parks and other protected areas like the National Wilderness Preservation System and national wildlife refuges are essential to rewilding America, serving as core habitat areas for wide-ranging and migrating species in fragmented landscapes. If connectivity for wildlife populations is to be achieved across landscapes, particularly in the American West, national parks must become more, not less, secure in the public land system.

Many actions that threaten the national parks have been proposed in the first year of the Trump administration.1  Energy production has been prioritized over park protection, the Antiquities Act is being challenged and national monuments downsized, and the President’s budget reduces the NPS budget and staffing as visitation grows. At this writing many of the proposed actions are being resisted with litigation, protest (as in public demonstrations and the Outdoor Industry Association moving its shows from Utah), and media coverage of the negative consequences to the parks and other public lands from actions and proposed actions. My goal here is to review what I see as two overarching threats to the Park System posed by the Trump administration. I will look at other threats in a follow-up essay.

The two overarching threats are related. One is a rejection of science as the foundation of policy by the administration, and the second is denial of climate change.2  Rejection of science as guidance for national park policy did not begin with the Trump administration. Throughout the history of the national parks there has been tension over the purpose of the parks and the mission of the National Park Service. The National Park Act of 1916 establishing the National Park Service set the stage for this tension when it stated “the purpose [of parks, monuments, and reservations] is to conserve the scenery and the natural and historic objects and the wild life therein and to provide for the enjoyment of the same in such manner and by such means as will leave them unimpaired for the enjoyment of future generations.”3  The Park Service was charged with protecting park resources, which would involve science, while providing for “enjoyment,” which did not. This set up the tension between conservation and recreation.

Science did not significantly influence national park policy in the early years of the Park Service and has sporadically and often controversially done so since the 1930s when George Melendez Wright launched an initiative to make it integral to park management.4  In his history of the role of science in preserving nature in national parks, Richard Sellars observed that “ecological preservation and recreational tourism do not have to be mutually exclusive. But in the ebb and flow of national park history, loyalty to traditional assumptions has prevented the Service from establishing unquestioned credentials as a leader in scientifically based land management.”5  Jon Jarvis, NPS Director during the Obama administration, sought to bring science more into the forefront of park management than had recently been the case. He considered climate change an existential threat to the National Park System in a multitude of ways. To address this, late in his administration, he issued “Director’s Order #100: Resource Stewardship for the 21st Century.” Its purpose was stated as follows:

The National Park System and related areas face environmental and social changes that are increasingly widespread, complex, accelerating, and uncertain. Addressing these challenges requires updates of National Park Service (NPS) policy to reflect the complexity of decisions needed for resource stewardship. This Director’s Order (Order) is intended to guide the Service in taking the necessary actions to support resource stewardship to fulfill its mission in the 21st century.”6

On August 16, 2017 Acting NPS Director Michael Reynolds rescinded this order, reportedly at the direction of higher-ranking officials within the Interior Department. The Trump administration’s rejection of science and denial of climate change were undoubtedly factors behind this action, though no reason was given by Acting Director Reynolds.

Director Jarvis tasked the National Parks Advisory Board, through its Science Committee, with review of the report issued in 1963 known as the Leopold Report (officially Wildlife Management in the National Parks). This report had significantly influenced philosophy, policy, and practice of the NPS for fifty years, but the world had changed, and its recommendations were not sufficient to meet the stewardship challenges of the 21st century. Jarvis asked the Committee to consider three questions: “What should be the goals of resource management in the National Park System? What policies for resource management are necessary to achieve these goals? What actions are required to implement these policies?”7  The Committee submitted its report in August 2012.

The answer to the first question was “to steward NPS resources for continuous change that is not yet fully understood, in order to preserve ecological integrity and cultural and historical authenticity, provide visitors with transformative experiences, and form the core of a national conservation land-and seascape.”8  The Service might address these goals by, among other measures, prioritizing “the protection of habitats that may serve as climate refugia, ensuring the maintenance of critical migration and dispersal corridors, and strengthening the resilience of park ecosystems.” It should embrace the precautionary principle as the operating guide for its stewardship actions. In answer to the second question, policy and decision making should be based on “best available sound science, accurate fidelity to the law, and long-term public interest (italics in the report).”9  As to actions required to implement these policies, the Committee emphasized expanding “scientific capacity” of the NPS which might include increased monitoring, citizen science, and especially increased training in science for managers, including park superintendents.

When Jarvis issued Director’s Order #100 four years later, it reflected all of the recommendations of the Science Committee, using much of the language in the Revisiting Leopold report. In its “Background” section it states:

Climate change is creating and will continue to drive dynamic environmental shifts that affect natural and cultural resources, facilities, visitation patterns, and visitor experiences. Additional pressures such as biodiversity loss, invasive species, land use changes, and pollution are accelerating. New Scientific information and new disciplines of science have expanded our understanding of natural and cultural systems, and revealed that much is still unknown about how these systems function.”10

It emphasized integrating natural and cultural resource stewardship and stated that “This integration recognizes the impact of humans on their environment and the impact of a changing environment on humans.”11  These passages alone may have been the trigger for rescission of the Order with their mention of climate change and emphasis on science.

On January 15, 2017 nine of the twelve members of the National Parks Advisory Board resigned citing frustration that they were being ignored. The Director’s Order, in part a product of their work, was rescinded without any consultation with them, and when the Board chair, Tony Knowles, requested a meeting with the new administration, there was no answer. Asked why the members resigned, Knowles said “By nine of us resigning, we felt we’d be able to get the microphone briefly to at least talk to the American people about climate change, about preserving the natural diversity of wildlife, about making sure underrepresented minorities not only come to the parks but are employees there.”12  No public process was involved in revoking the Director’s Order, and Knowles said “We had strongly supported it, but these things were just done, so these were the disappointments we had.”13

All of this adds up to turmoil about “America’s Best Idea” as filmmaker Ken Burns titled his series on America’s national parks. There is no Advisory Board, no NPS Director, and clear signals that the Trump Administration wishes to take the National Park System in new directions that do not recognize climate change and do not emphasize the primacy of science in stewardship of park resources. Stay tuned.
__________________________________
1 For actions taken during the first year of the Trump administration, see Policy Update, Dec. 4, 2017, “The Undoing of Our Public Lands and National Parks” at www.npca.org/articles.  [AGAIN, I suggest we put all footnotes at end of article, to lessen spacing challenges.-jd]
2 A comprehensive look at both of these issues is Shawn Otto, The War on Science: Who’s Waging It, Why it Matters, What We Can Do About It. (Minneapolis, MN.: Milkweed Editions, 2016.)
3 An Act to Establish a National Park Service, and for Other Purposes, Approved August 25, 1916 (39 Stat. 535).
4 See Richard West Sellars, Preserving Nature in the National Parks: A History. (New Haven: Yale University Press, 1997).
5 Sellars, Preserving Nature in National Parks, p. 284.
6 Director’s Order #100: p. 1.
7 Cover letter to Jonathan Jarvis from Tony Knowles and Rita Colwell, for Revisiting Leopold: Resource Stewardship in the National Parks, A Report of the National Parks Advisory Board Science Committee, August 25, 2012.
8 Revisiting Leopold, p. 11.
9 Revisiting Leopold, p. 17.
10 Director’s Order #100, p. 2
11 Director’s Order #100, p. 4.
12 Krista Langlois, ”Why the National Park Advisory Board Imploded,” High Country News, Jan. 18, 2018.
13 Quoted by Rob Hotakainen, “Zinke’s ‘crazy policies’ Sparked Resignations,” Greenwire, January 17, 2018.